The last few days have been fairly quiet, and also very pleasant, around the farm. Ivan has been acting 100% normal since our episode from Thursday. I did have a panic attack Saturday morning as I saw a grey horse down in the field as I was walking out to feed breakfast. As I got closer I realized it was Homer simply having a nap and not Ivan. Then on Sunday morning Ivan was napping as I went out to feed breakfast. Ivan is a huge napper and this is not unusual for him but seeing Ivan anything under than standing up makes my heart skip a few beats. Thankfully as soon as he spotted me with breakfast he popped up and was one of the first at the gate to greet me.

The sun also made a welcome return this weekend. The sun had all but abandoned us the last couple of weeks but thankfully remembered that we were still here and in need of some sunshine this weekend. It is supposed to remain sunny with pleasant temperatures in the high 60's and low 70's this week. The mud around the gates has dried up considerably already and should be gone after tomorrow. I am thrilled about this but the horses not so much!

You of course remember the adorable pictures of Cuffie and his junior rider. I received an update from his owners and theyhave finally found a new pony worthy of following in Cuffie's hoofprints. He is also a medium pony and his barn name is 'Audi.' He is a champion driving pony, is trained through 4th level dressage, and he does the pony hunters. I've already volunteered to hike up my stirrups and ride should he ever need a pilot! They've only had Audi for 2 months and this new team looks like a force to be reckoned with. They're already winning! They make a great pair: 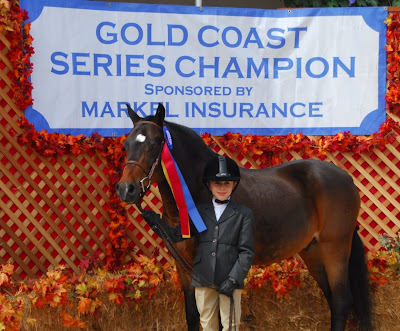 I'm going to wrap up this post now as Blogger has had more than its share of 'internal errors' tonight. I am ready to throw my computer out the window! 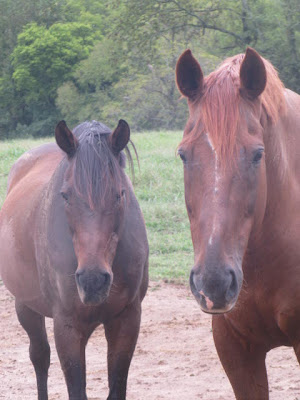 Levendi showing us his lovely face, he is an Oldenburg and retired show hunter. Behind him are Apollo and Ivan. Apollo is a Hanoverian and retired dressage horse. Ivan is a Thoroughbred and retired Grand Prix jumper. 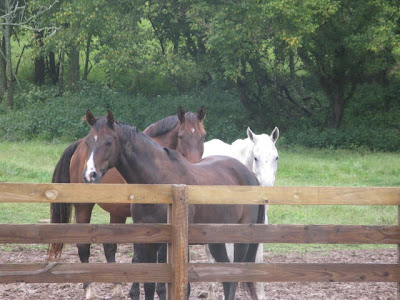 Missy on the left and Lily on the right. Missy is a Quarter Horse pony who spent most of her life working as a dude ranch. She then barely avoided being sent for slaughter and was rescued by a wonderful family and she taught their younger daughter to ride. Lily is a Quarter Horse/Warmblood cross retired from the jumper ring. 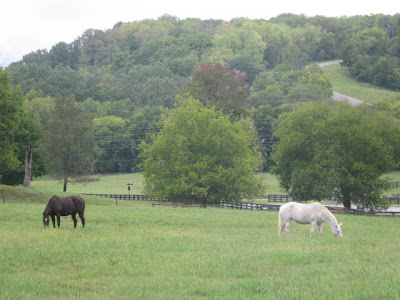 Snappy has been around the world more than once. He was bred in Poland and somehow made his way into the barn of Mark Todd, the famous New Zealand eventer. Mark competed Snappy through the four star level in eventing before selling him to someone in the U.S. This person then crashed Snappy at a cross country fence. After tendon surgery on borh front legs he resumed a new career as a show hunter. He won the World Champion Hunter Rider Children's Hunter Final at the Capitol Challenge horse show and was circuit champion at the Winter Equestrian Festival. 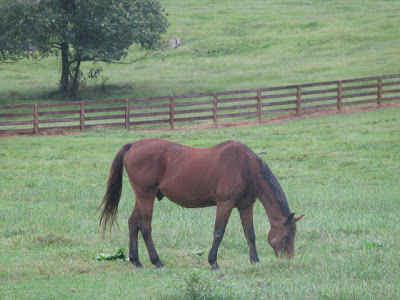 Clay and Silky; Clay is a Quarter Horse whose first career was as a racehorse and his second career was as a trail horse. Silky (we call him Slinky) is a large pony and showed in the pony equitation classes. 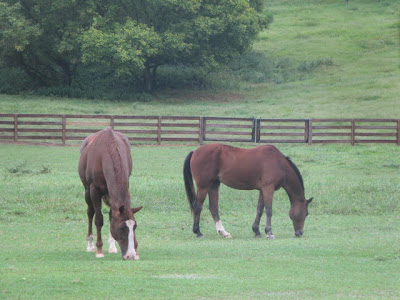 Teddy and Lucky; both are Quarter Horses and Teddy was ridden in dresage while Lucky hit the trails. 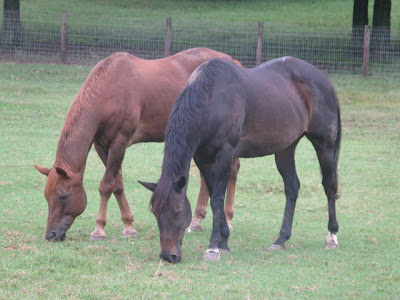 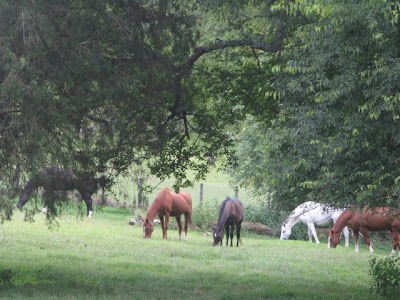 Cuffie having a bath. I fear he has turned yellow until spring. It is impossible to get his long hair that is coming in clean and he looooves to roll in the mud. 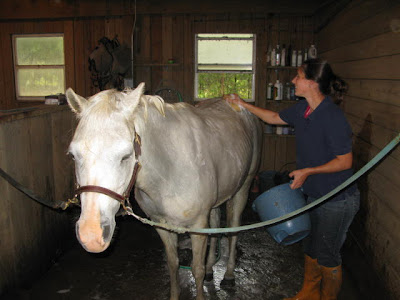 Cuffie shortly after his bath still looking fairly white. Look hard and remember this white pony as you will mostly be seeing a yellow pony for awhile. 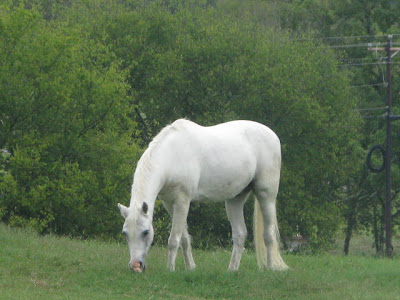 Lightening, Chili and Clay. Lightening is an Arabian and retired from the trails. Chili is a Quarter Horse and was a working cow horse and trail horse. 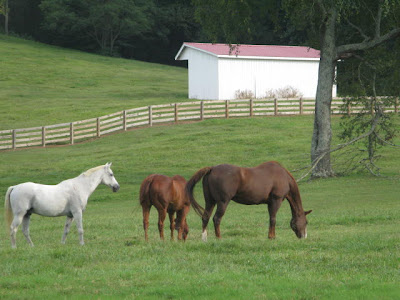 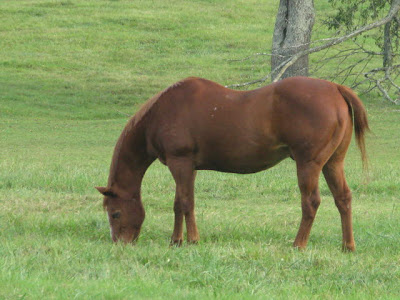 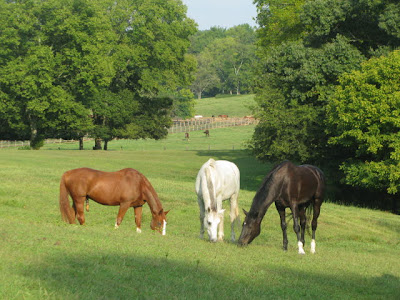 Posted by Melissa-ParadigmFarms at 9:38 PM

Beautiful pony! And we know he has a good home, based on how well they cared for Cuffie. And thanks as usual for the relaxing pictures!

I love Cuffie! I know how you feel with the "yellow" horse in winter months! Great photos! Luanne