We've been busy around the farm the past few days. We always like to purchase a year's supply of hay while the hay is actually being produced. I think one of the biggest mistakes a lot of boarding barns make is purchasing hay in small quantities, a load or two at the time. If hay supplies become scarce, or maybe the typical hay source(s) run out, or other things along these lines it can leave a barn in a bad position scrambling for hay at the last minute. Thus Jason and I like to line up our hay for the year during first and second cutting so we know we will have plenty of hay. This is hard on the checkbook to purchase a year's supply of hay all at once but it brings us a lot of peace of mind.

Jason went to visit with our hay supplier a few days ago. He took his core sampler with him and collected several hay samples that he sent off to a lab for analysis. Another advantage to this approach is we can get all of our needed hay testing done. Jason then uses this data to make sure we are on track with our feeding program. For anyone who is interested he sent our hay samples to Equi-Analytical Laboratories and he has the full spectrum wet chemistry analysis done on the samples.

Jason continued to be busy as he continues to try and keep up with all of the mowing. He just completed round two of bush hogging the pastures a couple of weeks ago. I had him busy over the weekend mowing some of the alleys between pastures, mowing around the feed shed, and mowing, mowing, mowing.

Jason heading to the back of the farm to mow complete with his thermos of ice water; when I look at this picture I wonder how long it would take him to mow just one of the pastures on the lawn mower. We will probably never know as I think the lawn mower would die before it finished the job. 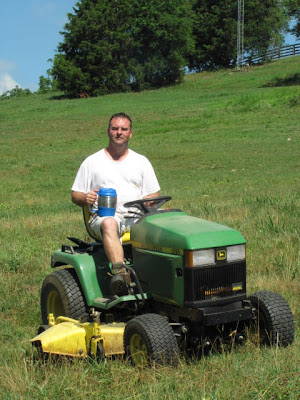 Jason's other weekend project was goat proofing the flower beds. My dad had the beds replanted a few weeks ago. I mentioned in another post about going to dinner with him and driving down the driveway as we returned to the farm to see the goats helping themselves to the new landscaping. This did not please him and the goats were banished to their paddock. Usually we just leave their gate open and they can wander around and in the barn and barnyard area but their wandering privileges were removed after their feast on the new plantings. Jason put goat panels (yes, that is their official name, not just what we call them!) around the beds. The goats are back to wandering but they were not happy about that access to the flower beds had been cut off. I don't think they realize just how cushy their life is here! 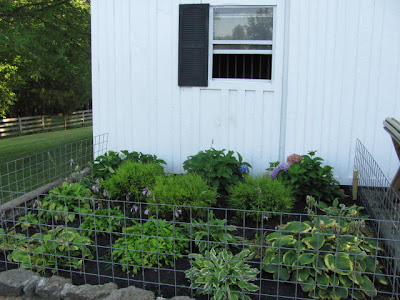 Jo, one of the World's Cutest Fainting Goats, says "this is so NOT COOL, I'm cut off from the dessert table! Who did this??" 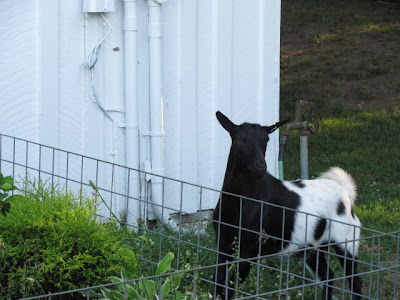 "There has to be a way through this. Maybe if I pull hard enough it will fall over." 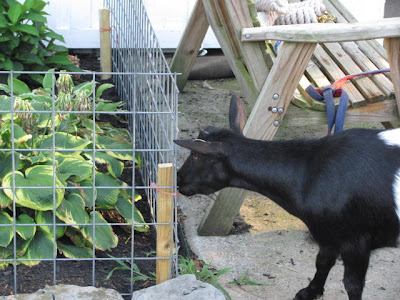 Jason driving Trooper and Bush around; he is still taking them on their daily drive 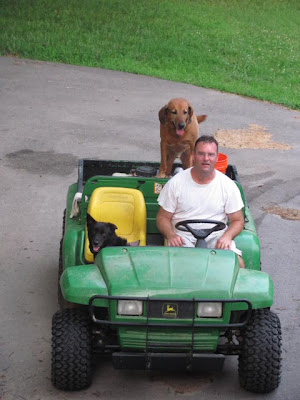 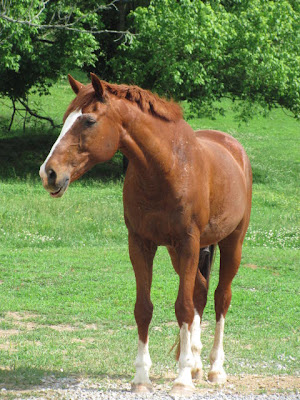 Slinky grazing with Lucky behind him 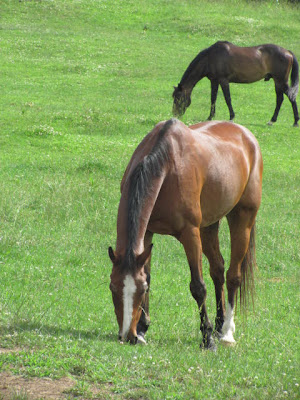 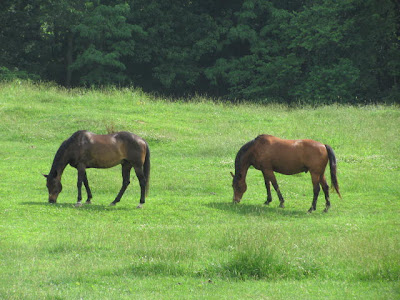 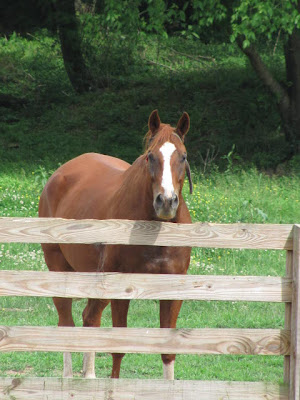 Leo and Apollo sharing a drink 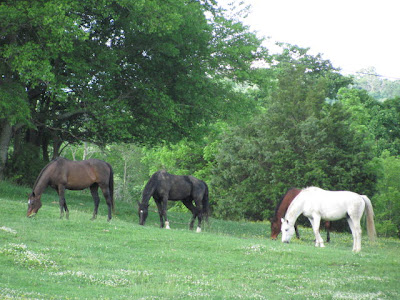 Cuffie napping while MyLight grazes and Harmony hangs out 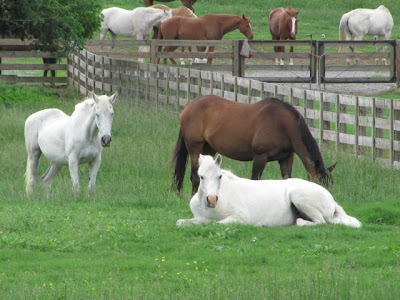 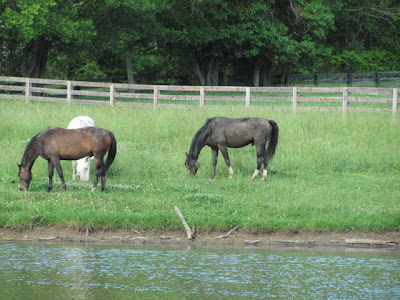 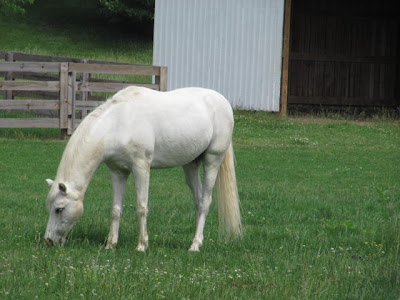 Posted by Melissa-ParadigmFarms at 7:24 PM

I have a hint for Mina and Jo! Put your feet up on that fence and hop up and down until it bows! Then climb over to the dessert bar! Or - one the elf boys like to do here - butt the offending fence until it collapses. Tee hee. Shhhhhh - don't tell the people!

The garden beds look beautiful, and the goat panels look nice and tidy. I hope mina and jo and bubba, etc respect it, we'll see... it would be fun to nanny-cam the area and catch them trying to get in (OK at least in my mind that would be fun).