End Of An Era

It is definitely the end of an era here as the The Don is gone.  The Don was the name I gave to the rooster that showed up at the farm almost 10 years ago with a flock of hens (yes, we have stray goats and stray chickens!).  I named him The Don as it became apparent after living with him that he was like the head of a Mafia family, as in he liked to put hits out on his fellow chickens.

The original flock he wandered up with consisted of him, a couple of other roosters and several hens.  First he killed off the roosters.  Then, much to our surprise, he started picking off the hens.  He did not carry out his hits day after day.  There would be long stretches where he let everyone live and then all of a sudden another one would be gone.  His favorite hen was around for several years but in the end he killed her too.

Whenever any of the hens would hatch a flock of chicks he would keep a close eye on the flock.  As soon as he could tell which ones were going to be roosters he would kill them immediately.  Despite his violent ways towards his own kind he was quite friendly to all the other species on the farms.  He harbored no ill will and never showed the slightest bit of aggression towards people, dogs, cats, goats or horses.  In fact after he killed off his last hen he spent the last few years hanging out with the goats.  In the mornings he was often in the goats' stall with them, usually crowing away loudly much to Mina's chagrin.

The wild turkeys often wandered around the barn to eat the corn the goats and The Don had left behind.  The Don would usually go over and socialize with them for a few minutes.  The first time we saw this we momentarily were sad for The Don. I said to Jason "oh look, The Don is lonely for some poultry friends."  Then The Don had had enough of the wild turkeys and he started going after them and ran them off.  This became his normal pattern with the wild turkeys.

Last Thursday evening Jason walked over to the barn to put the fainting goats in their stall for the night.  He saw feathers scattered all around the barn that looked like they belonged to The Don.  We held out hope for a few days that he was maybe just a bit beat up but otherwise ok.  Unfortunately we have not seen The Don for seven days now and it looks like the pile of feathers is all that was left behind of him.  After being a daily part of my routine for almost ten years I really miss The Don.  Sure he terrorized and killed all of his chicken friends but he was quite friendly to the rest of us.  Jason thinks The Don finally got what was coming to him.  His comment was "if you live by the sword at some point you are going to die by the sword."

It is so strange to not have him come running over begging for corn when we go to the barn or to see him hanging out with the goats.  Jason is contemplating getting some more chickens now that they will have a shot at living without The Don around.  I think I would rather have The Don. 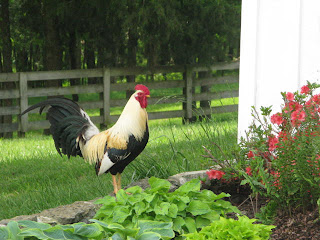 Mina and The Don napping in the sun 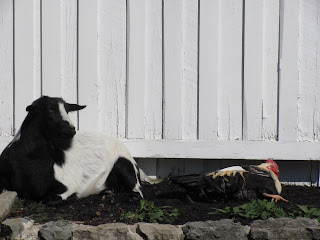 The Don hanging with the goats 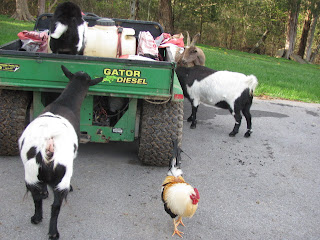 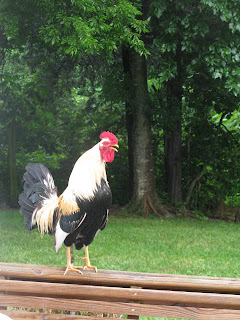 Jason holding some of The Don's offspring several years ago 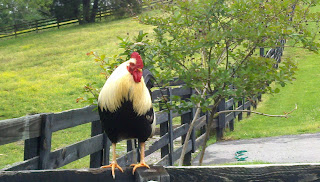 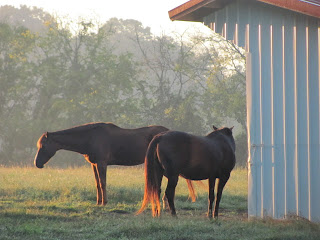 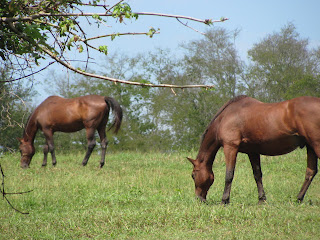 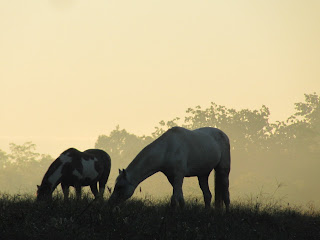 Toledo and Johnny on the go 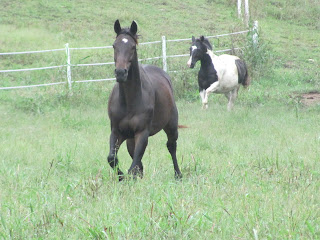 Rampal wasn't too far behind 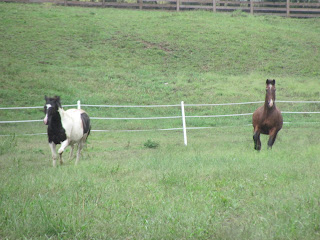 Africa and Johnny grooming while hanging out in the woods 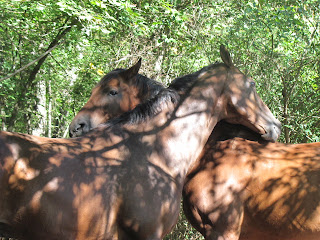 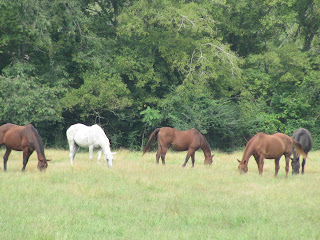 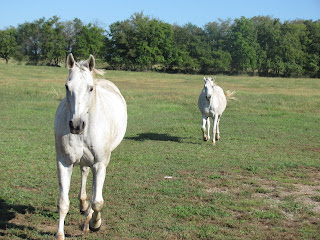 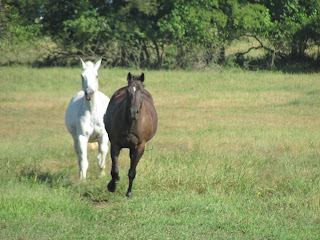 Sebastian, Dutch, Johnny, Lighty and Wiz were heading somewhere with a purpose 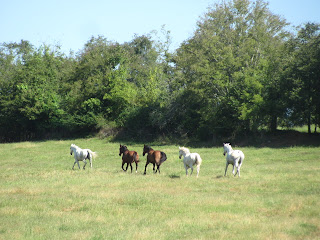 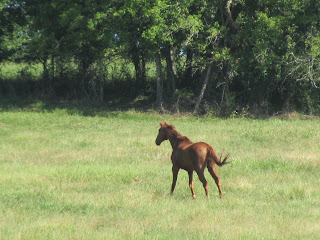 Thomas and Hemi are big friends 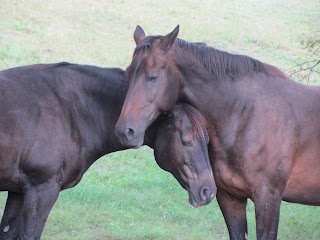 Posted by Melissa-ParadigmFarms at 7:59 PM

I see the reason for the behavior of the 'Don'. He was what we call a 'game' chicken. These strains are bred for the fighting pen. Males are very aggressive towards other males and any that may 'take over'. Years back, I had several so I could harvest feathers to tie flies. Without exception, mine had to be housed individually. They are beautiful birds. The Don had a much longer life than had he stayed with his original 'owner'. May he rest in peace.

I'm so sorry about The Don. We like Jason's comment. Probably the way he would want to go considering how he lived. He was a beautiful rooster.

He was a very attractive fellow - but then, that's usually the way with "bad boys"... ;D