. . . a baby stroller!!  A baby stroller is not an uncommon site to the horses at our farm. We often have Carter in his stroller and push him up and down the driveway when we are working around the farm. It is pretty rare that the horses so much as flick an ear when the stroller goes by. They certainly don't stop grazing or lift their heads to watch.

A few days ago the response to the stroller was much more than a simple ear flick. All of the horses came up to the fence and stood stock still, staring hard, ears pricked as far forward as they could go. I'm sure you are wondering what changed?  Instead of Carter being pushed in the stroller he decided he wanted to walk and push the stroller himself.

According to the horses there was nothing right about this, nothing at all. It is fine for the toddler to be in the stroller being pushed up and down the driveway, but it was not fine for the stroller to be empty while the toddler pushed it along the driveway.  Carter and his stroller garnered a lot of attention at every pasture he passed. I thought it was funny that this slight change in strolling arrangements was the cause of so much concern and staring from the horses. Below are a few pictures of some of the intense staring that occurred as the empty stroller, pushed by the toddler, strolled by. 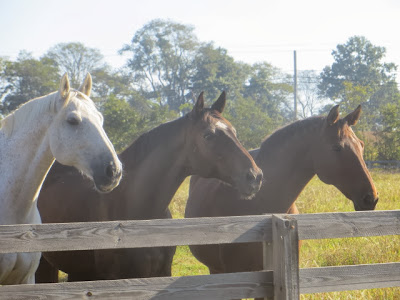 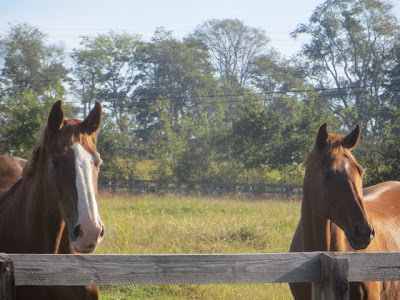 Lotus, Romeo and Gibson keeping an eye on things 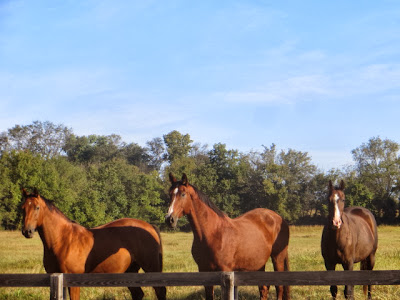 Murphy, Dutch, Wiz and Renny seem to be saying "something has changed. Something isn't right about this." 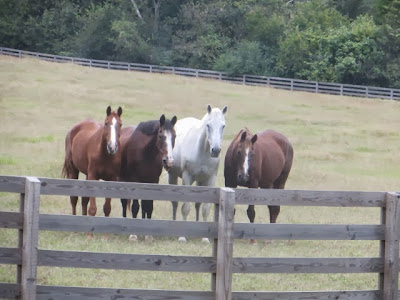 Fabrizzio and Walden saying "what the heck? Why isn't the child in the stroller?" 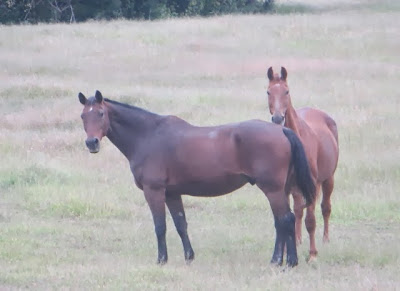 Noble, Slinky and Lucky felt they needed to come get a closer view of things 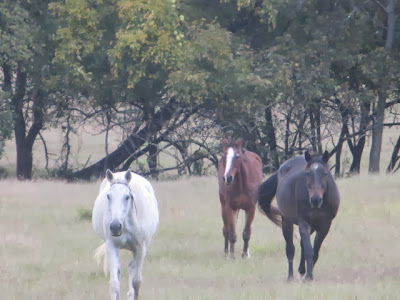 Posted by Melissa-ParadigmFarms at 6:54 PM

DID THE DONKEY GET LOADED AND MOVED TO HIS RESORT?

I think they want the number for social services... ;D

That is sooooo funny!