Was it really just a month ago that Jason and I were only working 10 hour days and talking about how quiet things were? That conversation feels like a distant memory. Our most recent conversation on the topic was very different. Jason made the comment that it felt like we did nothing but move from the dentist, to a farrier, to a vet, back to the dentist, back to a farrier, repeat. My reply was that it felt that way because it was that way. Throw in a bunch of tractor work and it kind of feels like we're trying to run a marathon at a sprint pace. We're not complaining (much), but we've had more than one day in the past couple of weeks where we ate our first real meal of the day at dinner. Jason tends to get very hangry on those days.

I've used a shedding tool of some sort so often lately that I've put blisters on my hands and actually managed to break a shedding blade. I was swiping away on a horse and the hair was coming off in sheets, and suddenly my shedding blade was in two pieces instead of one. The metal broke in half. It took me a minute of staring at half the shedding blade in my hand and the other half on the ground to process what had happened. If it is possible to wear out a shedding blade apparently I managed to do just that.

I think I have every shedding tool imaginable. I have shedding blades (single and double blades), curry combs in all shapes and configurations, furminators, sleek-ezs, shedding flowers - I have them all. Overall I tend to migrate back to the good old shedding blade more than anything else.

A lot of the horses are at the very awkward stage of shedding where they look worse than they did when they weren't shedding. For the next couple of weeks I will look at the horses and repeatedly think "how did you suddenly start to look so terrible?" Then they will miraculously begin to look sleek and wonderful again in a couple of weeks. Until we hit that point I'm just trying to not look as much as possible while working away with my shedding tools. 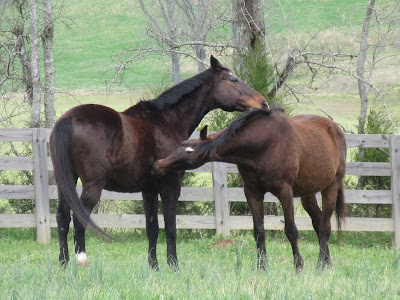 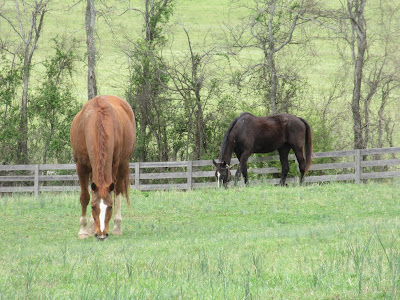 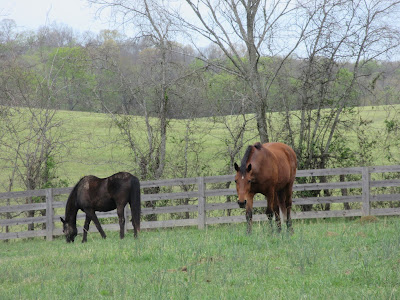 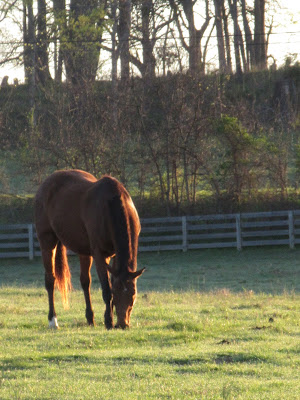 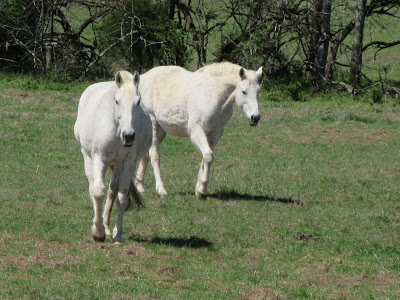 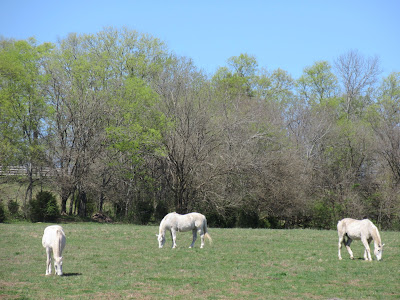 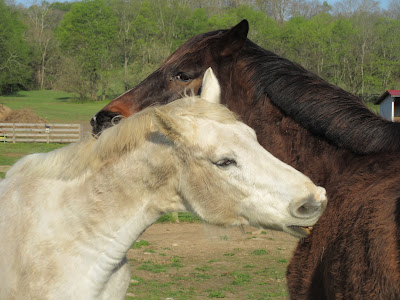 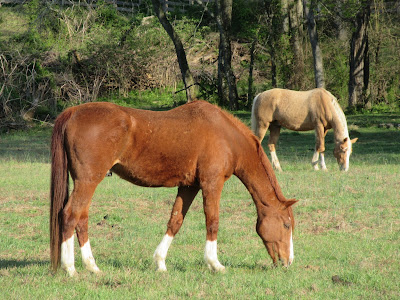 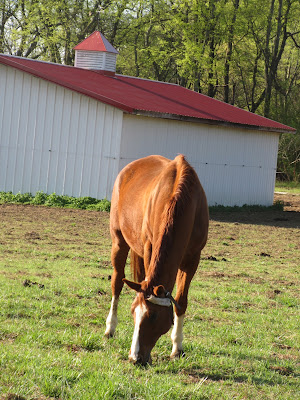 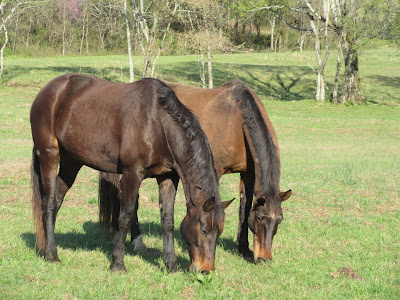 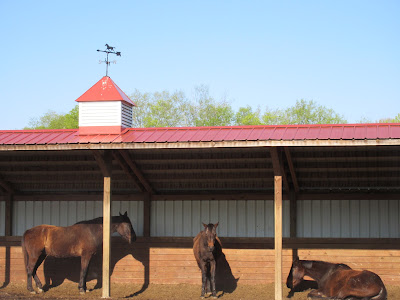 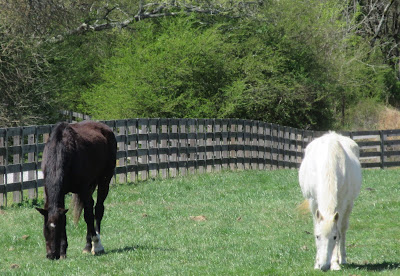 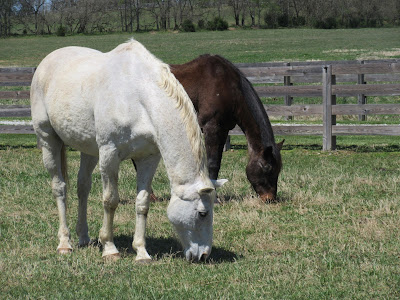 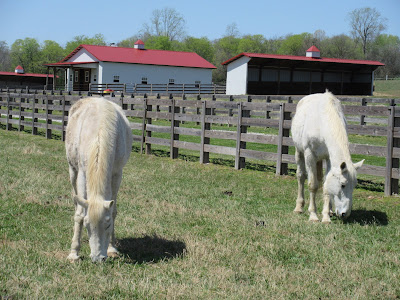 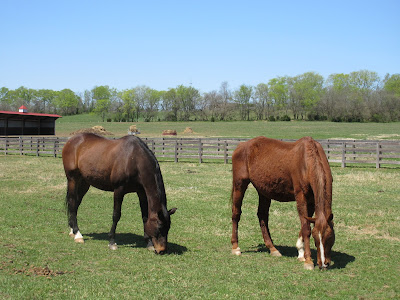 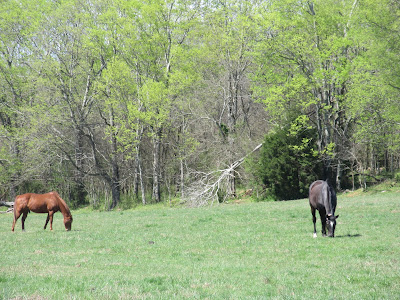 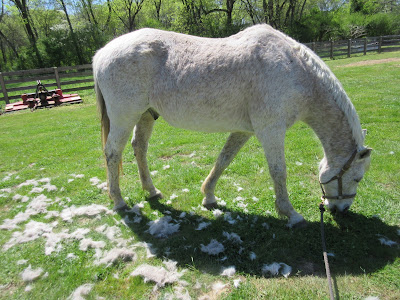 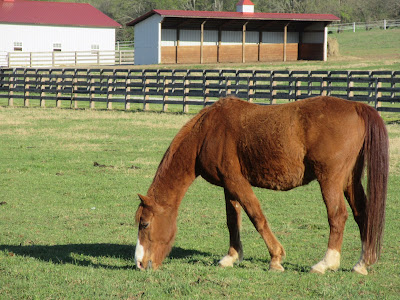 Posted by Melissa-ParadigmFarms at 9:18 PM

We have had a few cold days here in the Northeast so shedding has slowed. When I got home from the barn this evening I marveled at the lack of horse hair on my pants. I am not sure what is worse Winter or shedding season and I only have one young horse without Cushing's to worry about! Hang in there Melissa and lots of love for Bluty!

Looks like you're two or three weeks ahead of us as far as shedding, grass growing and trees budding out. But I'll take it!

What happens to all that hair? (Just curious)
Do you ever see birds take it to line their nests?