The world would be a much less interesting place without animals and kids. We've shared the ongoing comedy saga of our deer family, and as you all know the only reason we have the deer family is thanks to Carter's two year desire to have our family brought to life as lit-up reindeer. Jason posted a picture on his social media a few days ago of Carter writing in the frost on the car one morning. I will admit when I saw the picture that I thought it was a bad idea. Carter is a pro at taking a cute idea and taking it even farther, but then I decided I would just be the mean mom if I said "don't let Carter write in the frost on the car."

In hindsight I should have said something. I was taking an hour to myself to ride my horse yesterday, happily cantering around in the arena while Carter played in the creek next to the arena. I thought it odd when Jason came flying down the driveway in the car as we both will yell at anyone who drives fast on our driveway. Then he got out of the car and said "Carter, GET OVER HERE NOW!" in the kind of voice that you know means some serious doo doo is about to go down. His voice was so intense that Flower stopped cantering of her own accord and just stood still. I made no effort to put her back to work as I watched Carter slowly walk towards the car and his angry dad.

Once Carter made it to the car I heard snippets of what Jason was saying. I heard "possibly permanent damage" and "thousands of dollars" along with a few other things. At this point I just got off my horse and led her over to the car. Jason filled me in on the problem.

Apparently Carter enjoyed using his finger to write notes in the frost on the car so much that he decided to step it up a notch and use a rock. The trunk of our car now has "I LOVE YOU MOM AND DAD" permanently carved into it. We made quite a little scene with my horse being exceptionally still and quiet, me staring at the trunk, Carter crying and Jason's face bright red. I'm pretty sure the side of his face was twitching thanks to the herculean effort he was making to not shout all of the things he really wanted to say as loudly as he possibly could.


Thankfully, Jason and I are now laughing about the whole thing. We are contemplating leaving our love note etched into the car. The intentions were good even though the delivery was awful.

Just another day at Paradigm Farms.

without further ado, our permanent love note from Carter 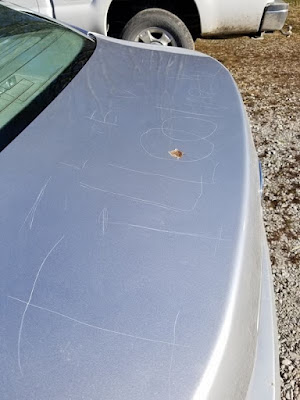 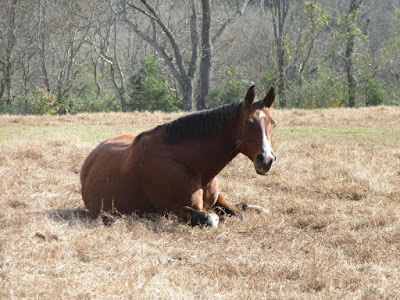 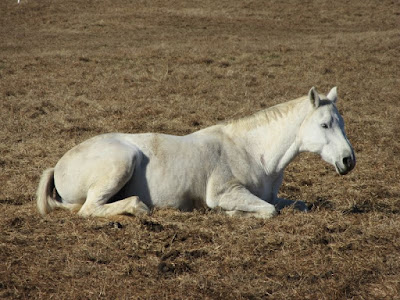 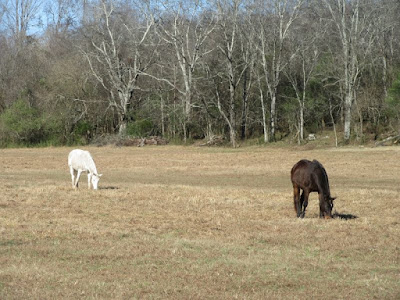 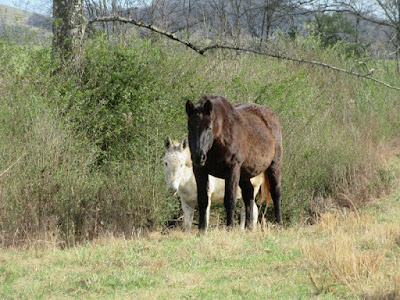 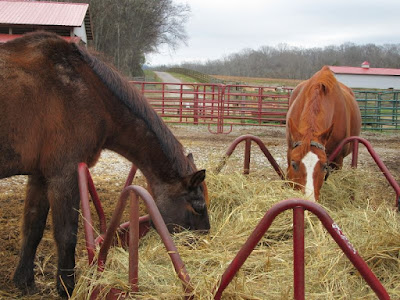 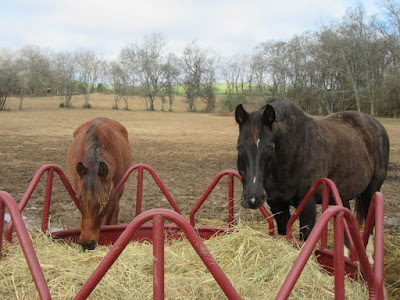 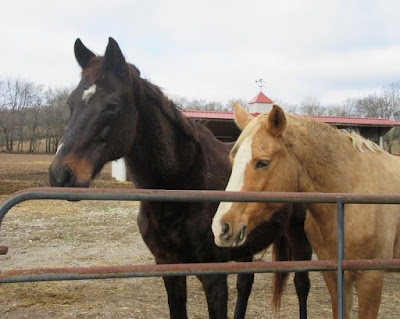 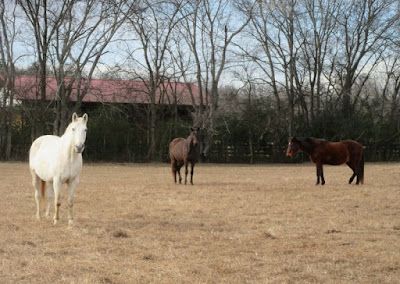 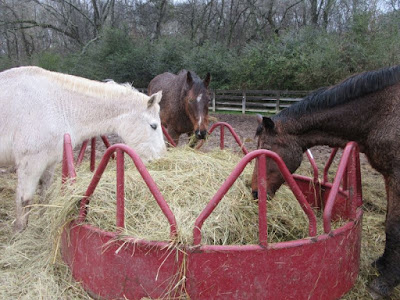 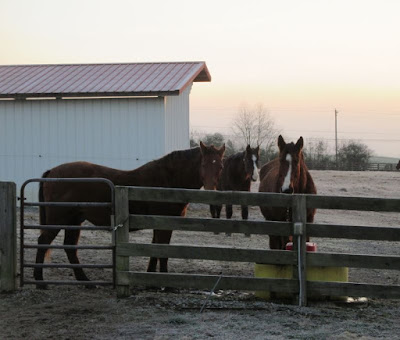 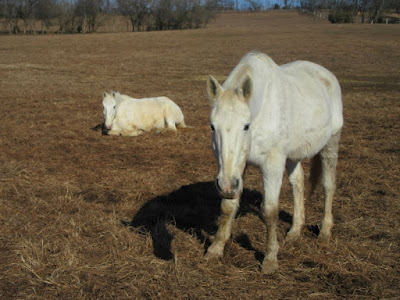 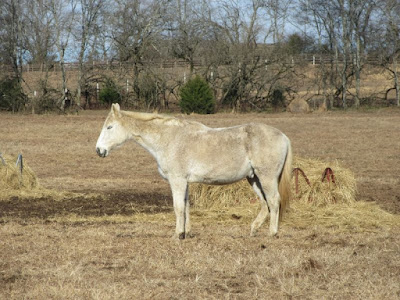 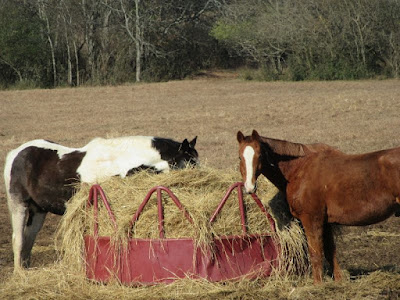 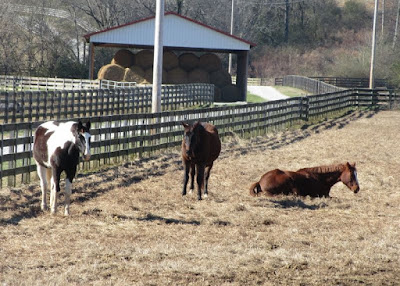 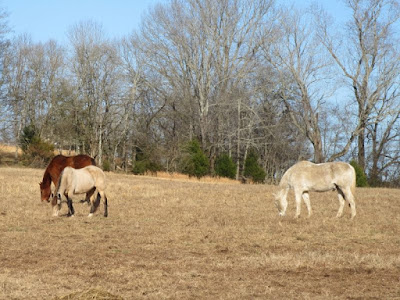 Posted by Melissa-ParadigmFarms at 2:57 PM