Marathon, Round One, Finished

Today we finished our annual spring body clipping marathon. The final count was 25 body clips, almost all of them on PPID/Cushing's horses. Sparky the donkey won both the most hair and the best behaved award. Norman finished a close second on thickness of hair, and Gus finished third in the hair department.  Technically Apollo won the most hair award. When you're 18.1 hands tall you have a lot of everything, but going strictly by thickness of the coat the rankings are Sparky, Norman and then Gus.

The common them from the horses we clipped this week was the same as last week. They were not living their best life on clipping day.  Clipping day does not fit in with their retirement agenda of doing whatever they want whenever they want. Most of them were reasonably well behaved, and some really appreciated getting rid of the hair. They all think the process of a bath, drying time and clipping takes an unacceptably long time.

Some of the horses we clip in the spring will only need their spring body clip. Others will need anywhere from one to several more body clips as we move through the summer months as they never stop growing hair. For now I'm celebrating the fact that I don't have to clip anyone for a few short weeks. 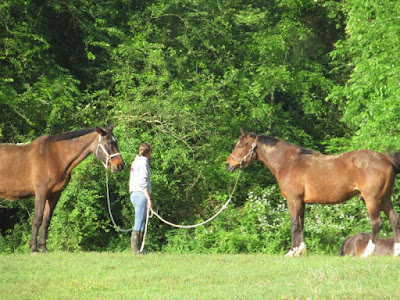 bath time for Trigger and Apollo 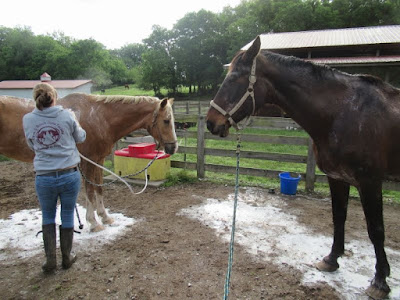 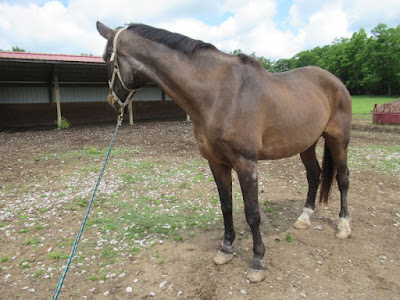 King stared intently at his buddies out in the pasture during his bath . . . 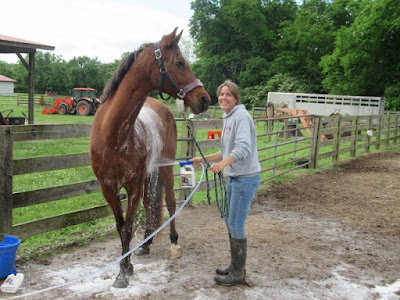 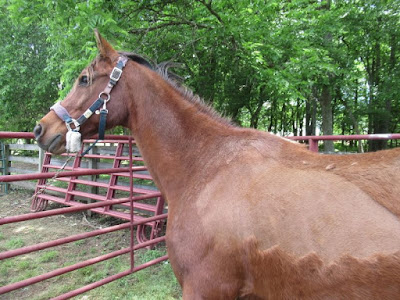 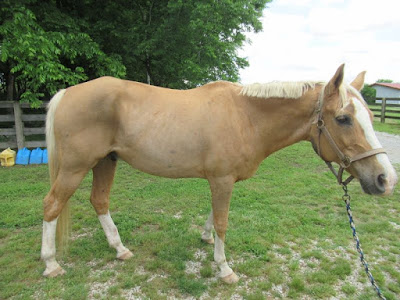 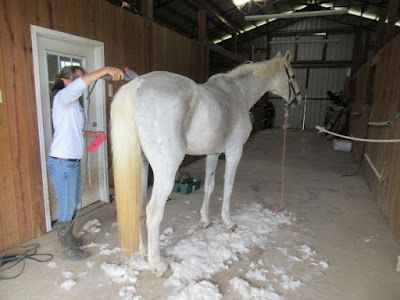 Cisco resigned himself to his clipping fate 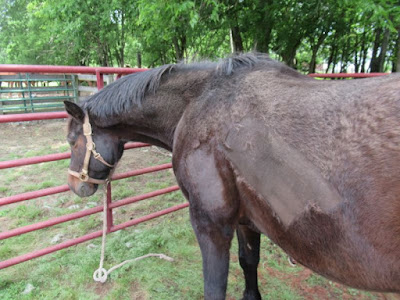 George kept looking behind him at the barn doors, planning an escape . . . 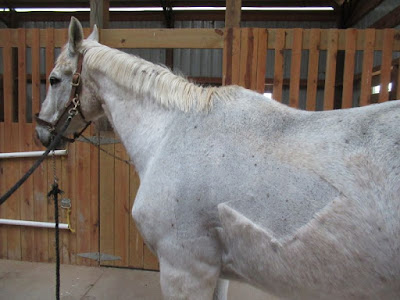 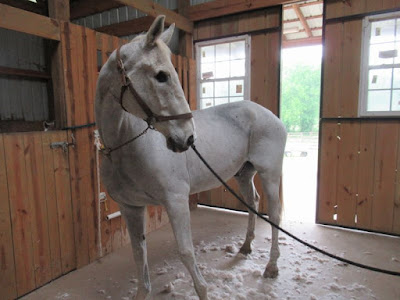 Maisie, Cuffie, Lily and Calimba having a group chat as they waited for their baths 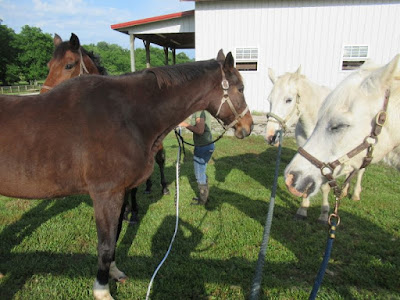 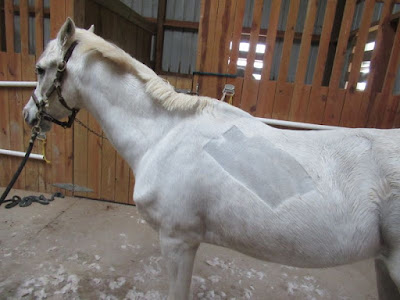 Gus and Cuffie provided each other moral support during their clips 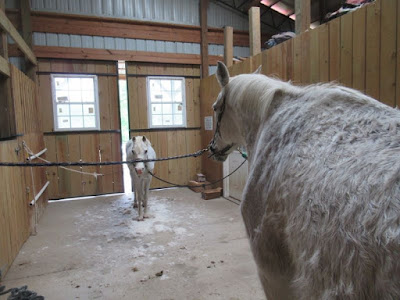 the barn aisle was a mess 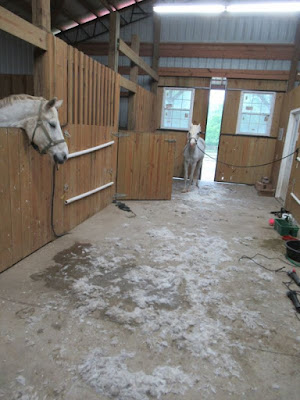 Lily looked pretty after her clip 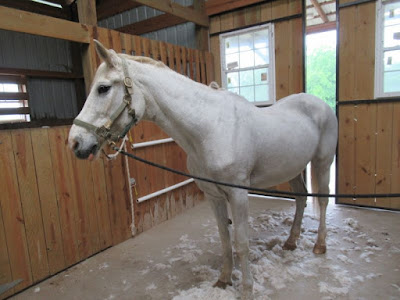 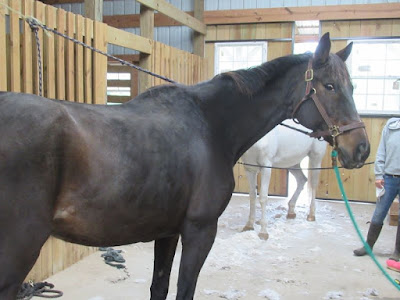 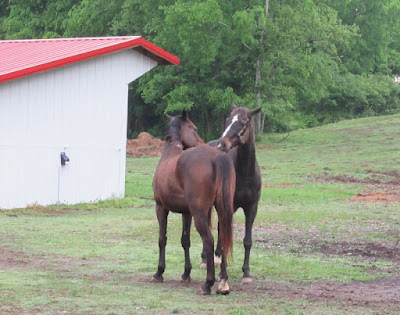 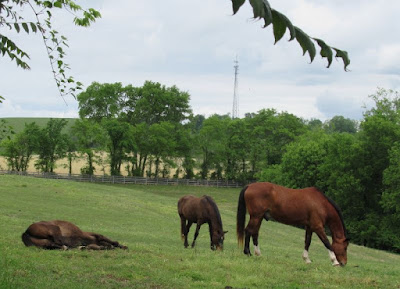 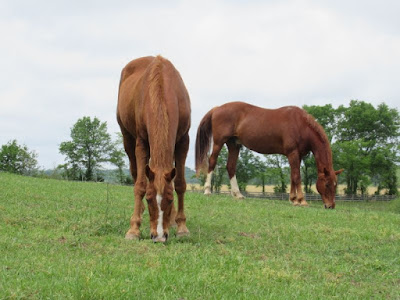 Thomas and  Hemi grooming after breakfast 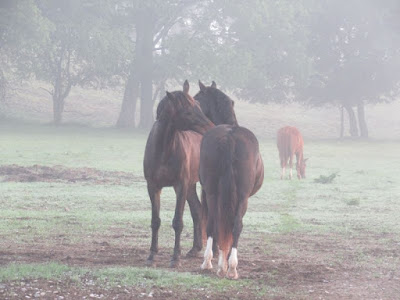 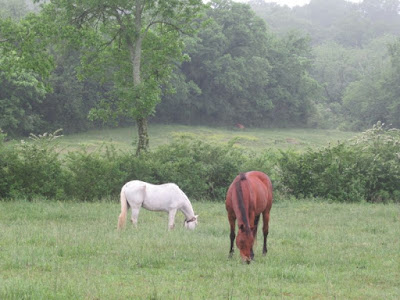 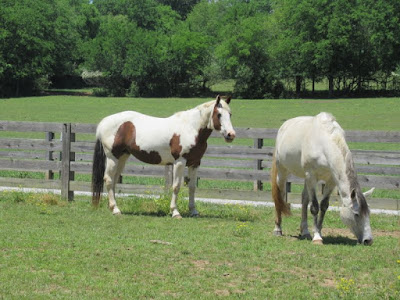 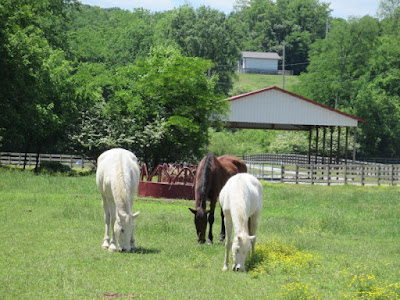 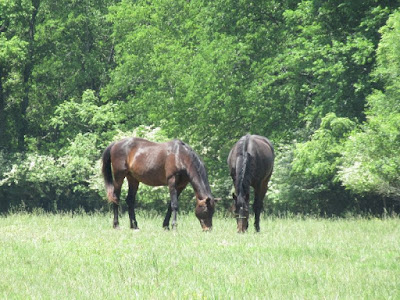 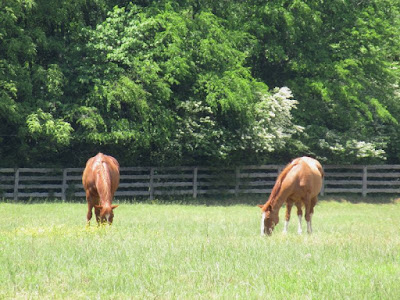 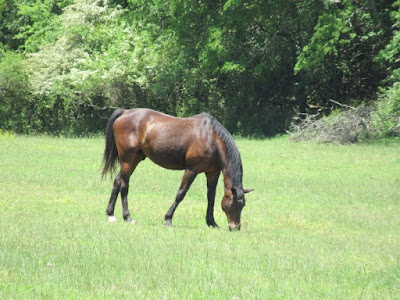 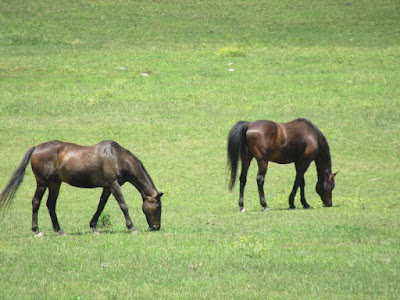 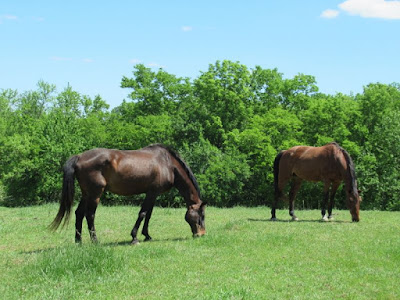 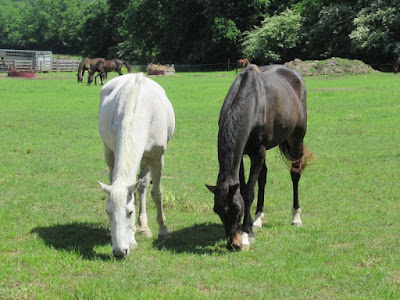 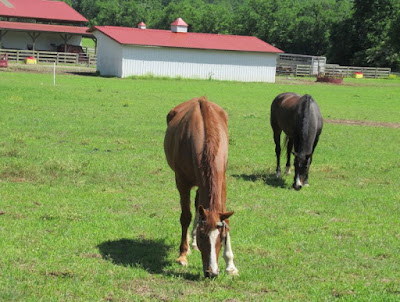 Posted by Melissa-ParadigmFarms at 7:44 PM

Email ThisBlogThis!Share to TwitterShare to FacebookShare to Pinterest
Labels: clipping