Before Jason went to the store we made a list of needed items, planned his route through the store to make his time in there as efficient as possible, and even planned what time of day he would go. We picked the end of the day as we thought there would be the least people there at that time, which seemed like a fair trade knowing the shelves wouldn't be as well stocked at that time. Jason asked me if I wanted any type of junk/comfort food since we're trapped at the farm all the time. I said no, that the only thing I really needed was more eggs and that I would be excited to have some fresh fruit. When Jason returned home from the store he announced that there were no eggs available. I was crushed, I really like my eggs and will eat them for breakfast, lunch and dinner. He did get me some fruit so I have some blueberries and strawberries to eat which I really appreciate. He also proudly produced four bags of frozen tater tots. Tater tots were definitely not on the list, we don't ever buy tater tots, but Jason excitedly loaded not 1, not 2, not 3, but 4 bags worth of tots into our freezer. Although it was hard, I only gave the mounds of tater tots a raised eyebrow. My inner dialogue was more along the lines of WTF??

I was very sad about no eggs and didn't care at all that we had a mountain of frozen tater tots. Thankfully Kate came to the rescue. The next day she went to the store and wow did she score. We got two rolls of paper towels(!), a bottle of liquid gold (HAND SANITIZER!!), and she also found me a carton of eggs. It was even a jumbo carton of 18 eggs. Paper towels, hand sanitizer and eggs all in one day? I felt like a kid at Christmas in this strange world we now live in.

Since Carter's hair was almost covering his eyes and we can't take him to get a haircut, Jason attempted to use the clippers and give Carter a haircut himself. The results were not great. It looks like Edward Scissorhands had a go at Carter's hair. Every day I use scissors to try and even things up and make it look less like someone tried to cut his hair with hedge trimmers but it doesn't improve things. Now Jason wants me to cut his hair. I really don't want to attempt this but I guess desperate times call for desperate measures. Thankfully Jason doesn't have much hair to cut.

We are also doing our best to continue homeschooling. I have no clue how to teach someone about the proper use of commas. Since Jason spent his first 30 years in Canada using the metric system he's in charge of teaching Carter about the metric system. He's not any better at that than I am at teaching the proper use of commas. Not to mention we still have to work more than full time.

As if March hadn't offered up enough challenges, we had a massive rainstorm yesterday, early evening. We got 3+ inches of water in less than an hour. I have never seen so much water on this farm. Ever. And there is not one, single acre of floodplain on our farm. The blackout rain conditions damaged a small portion of fence, washed out a small section of our driveway, did some damage to the arena, and brought down plenty of limbs for us to clean up. I have never watched rain come down so hard in my life, not even during the infamous 2010 flood. There was a very thin line in this storm that brought the massive rainfall to a small area of a few miles, and we happened to be in the small area where it happened. Within an hour of the rain stopping all of the standing water - acres of it - had receded and you would have thought we had made up the entire experience.

It's hard to believe we haven't even made to the end of March. 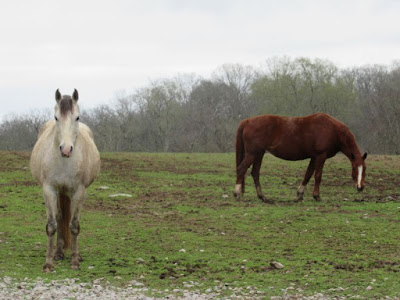 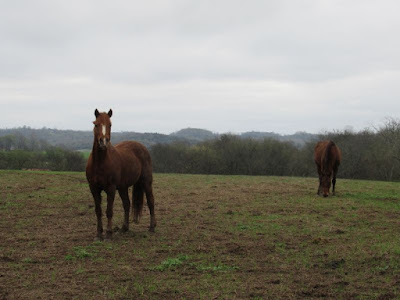 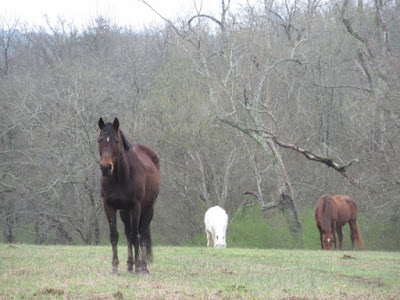 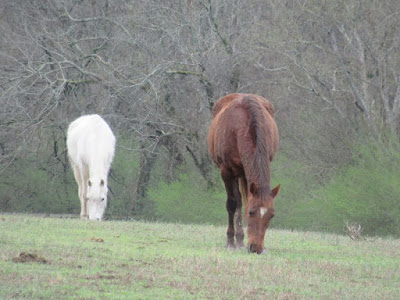 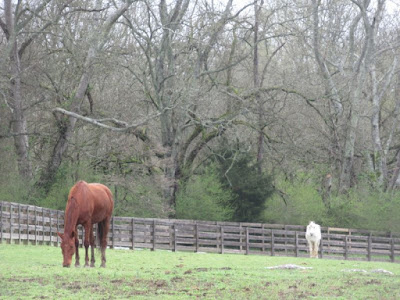 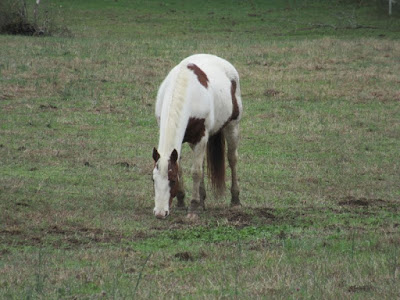 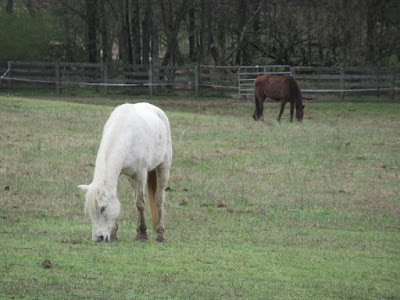 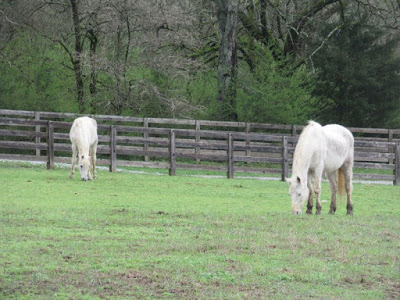 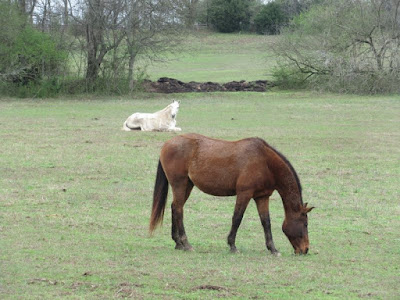 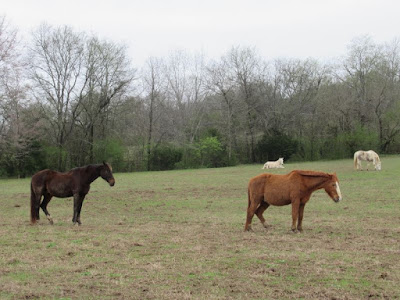 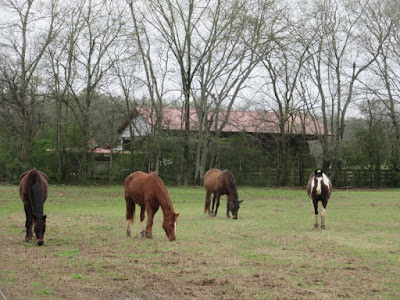 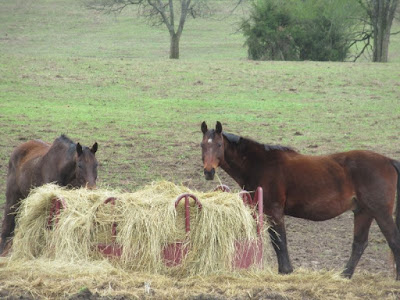 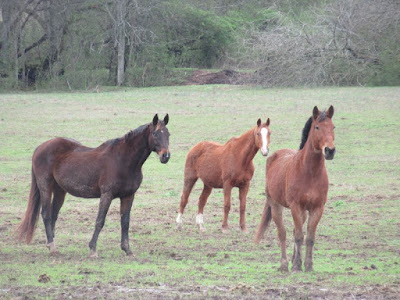 I had such a very SHORT haircut 2 weeks ago, looked in horror at the finish, and now am so thankful.As over 70's we are advised not to go out to the supermarket, only the DR, so a friend is doing grocery shopping, and I also try to do the list in the order of the aisles. Only a certain number are allowed in at any one time, there is a queue when the doors open at 8.30, instead of the usual 6.30, and GOLD strikes when a favourite item is there. We are so thankful we have firewood stacked in the shed, fabric here to make the rest of the curtains, threads and quilting things to occupy my days in the coming weeks or months.Our family are all at home, studying or working, and friends have been so generous with grocery drop offs. Hope you can get ample horse feed if you have to buy it, a vet visit if needed, and you all stay well. We will get free TVNZ on demand keep fit classes from Monday, and as long as there is a slow paced one for us oldies, that will be so welcome. Take care up North.