The pace of life has been pretty hectic at Paradigm Farms over the last couple of weeks. Body clipping was in full swing. We clipped 21 horses and only have Sparky the donkey left in the clipping queue. Jason fertilized all of the pastures. Yesterday was extra busy as we vaccinated all of the horses.

To make vaccination day go smoothly it takes a lot of advance planning. I coordinate with the vet clinic and give them an exact count for each vaccine.  On vaccination day I print out instructions and we each have a copy. The horses are listed by pasture groups and next to their name I indicate which vaccines they will be getting. On the morning of we put halters on everyone while we are feeding. If someone decides to be a runner it is a lot easier to stop that nonsense if you can grab a halter. The afternoon before Jason had gotten step-in posts and electric tape ready at each pasture. In each pasture I fed the horses, Kate put on halters, and Jason put in the step in posts and ran the electric tape to trap the unsuspecting horses.

In each pasture when the horses were finished eating their breakfast and realized they could not immediately wander 20 acres away their was a lot of displeasure expressed. They complained to management. They threatened to contact their owners. "I'm texting my mom and telling her that I can't do exactly what I want to do right now!" None of their protests worked. Then we added insult to injury when we returned later with the vet, who brought needles with him.

Just when the horses thought their day couldn't get any worse, we didn't immediately release them from their temporary prison when the vet had completed vaccinations. We knew they would never come when called for afternoon feeding after not being allowed to wander at will all day. There were many sighs of discontent when we feed them that afternoon, but at least the food was good. Finally, after what felt like the worst day of their lives, we removed their temporary walls and the horses headed out to the absolute farthest corners of their pastures.

Some reminded us of yesterday's indignities by refusing to come for breakfast, only coming to eat after being physically chased up to the front of the pasture. Again, they grudgingly admitted the food was good. Being retired is an impossibly hard life sometimes.

Look at the many pinned ears and grumpy expressions as Chance, Rey and Baby realize they cannot leave. They asked if they could speak to management. 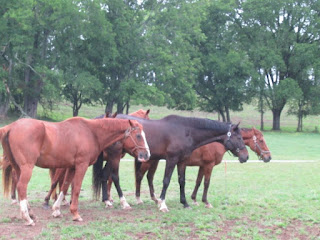 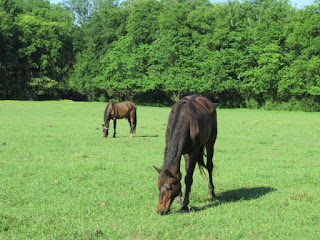 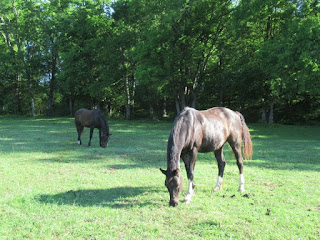 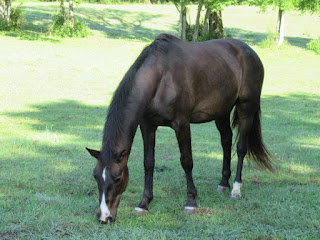 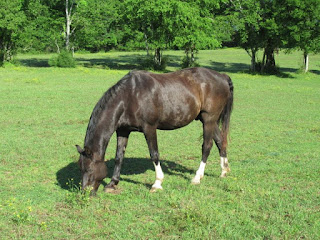 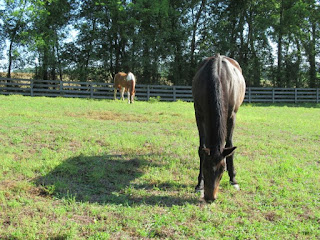 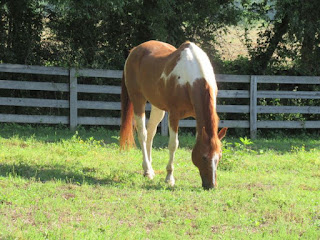 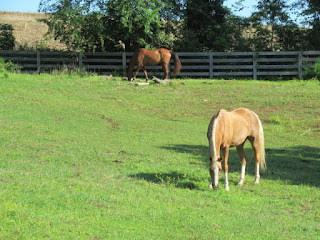 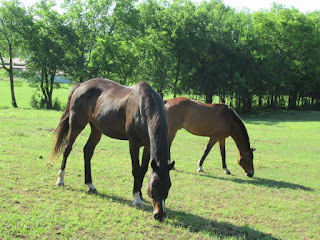 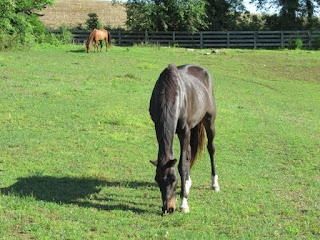 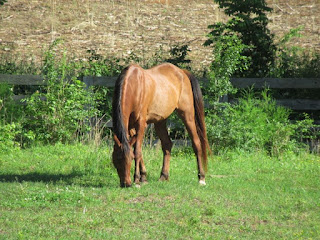 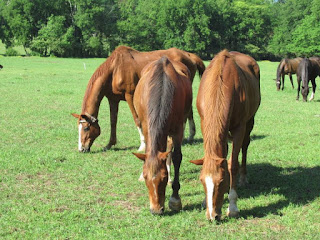 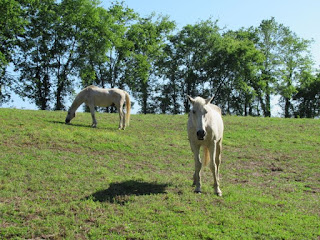 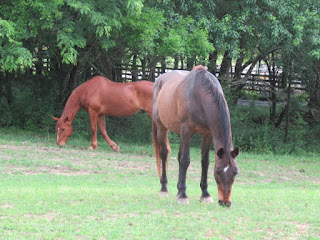 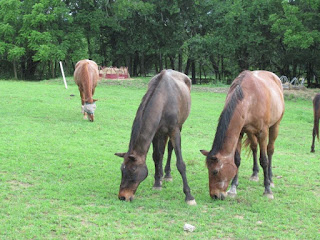 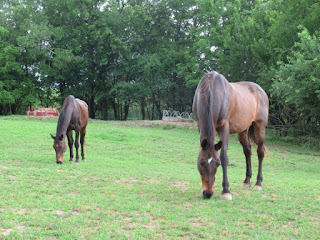 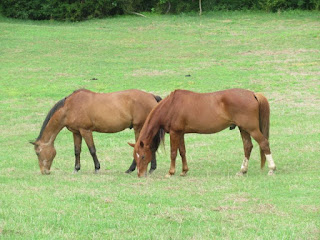 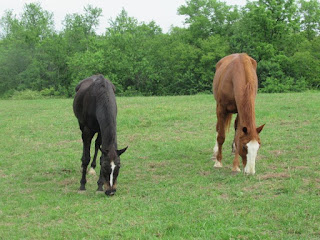 Posted by Melissa-ParadigmFarms at 6:21 PM