Raise your hand if you eagerly anticipate going to the dentist.

I don't see any hands.  The horses aren't raising their hooves either.

I will admit some of my least favorite days on the farm are teeth floating days.  Most of the horses are really good for the dentist.  They are sedated, we wait a few minutes for the sedation to kick in, the horses drop their heads and the dentist gets to work.  For good measure we also throw in a sheath cleaning for the geldings since the horses are already sedated.  Then they get to stand in a stall for awhile while they wake up from their sedation.  It just makes for extra long days for us and some grumpy horses.  They don't like standing around in the barn and having their regularly scheduled program of doing whatever they want whenever they want interrupted.

Horse people tend to have very strong opinions about how dentistry should be practiced in horses.  The hand tools vs. power tools debate will never be resolved.  It kind of reminds me of the barefoot vs. shod debates.  I tend to fall in the middle on both arguments.  I guess that makes me a registered independent voter?

My opinion on the hand tools vs. power tools debate is that it isn't about which tools are used but about the skill and knowledge of the practitioner using the tools.  Every now and then when we are having a resident's teeth floated for the first time we're all (we being Jason, myself and the dentist) a bit horrified when the speculum goes in and we get our first look at things.

One resident has been so badly over floated that two years after his arrival his mouth is still a mess.  Another resident looked like his mouth belonged to two different horses.   The front of his mouth had been maintained beautifully.  The back of his mouth looked like it had not been touched in years.  The dentist cut off points on hind molars on both sides of his mouth that were almost an inch tall.  The poor horse had terrible sores in his mouth from them, and we also knew why he took forever to eat and dropped food everywhere.  Oh, and you did read that right, the dentist had to cut them out.  To file them down with hand tools or the power float would have taken forever, not to mention heated up the teeth in question too much and potentially caused nerve damage.  So they were cut off and then touched up with the float.

The tools that were used on the horse with the badly over floated mouth? That horse had been done for years by a dentist that used hand tools only.

The tools that were used on the horse with the giant points on the back molars?  That horse had been done for years by a dentist that used power tools only.

Kind of the opposite of what you would expect.

My only point being your horse can have a terrible float done regardless of the tools used.  So find a good practitioner and then let them use their tools of choice.  My personal preference is someone that uses both hand and power tools.  Some horses that might fight the hand tools are fine with the power float and vice versa.  I also think some things are done better with hand tools and others with the power float.

This picture of Sparky the donkey having his teeth floated is actually from last year.  I was so busy shuffling horses around I forgot to take pictures of dental work in action.  ﻿ 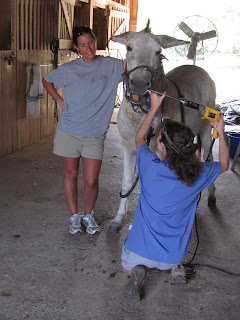 That is my personal opinion on dentistry.  Actually I have a lot more opinions that go beyond power tools vs. hand tools but I won't bore you with all of them.  Since that seems to be the number one point of contention when it comes to dentistry in horses I thought I would put my opinion out on the internet.  But, as the saying goes, opinions are worth what you paid for them and handing mine out for free!

We are officially one day of dentistry down and a few more to go.  Instead of having a marathon of dental days we decided to spread them out a bit this year.  We decided to try peeling the bandaid off slowly rather than ripping it off all at once this year! 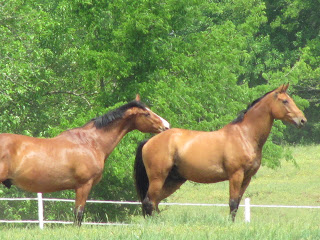 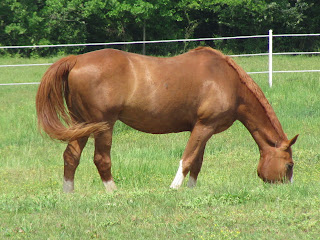 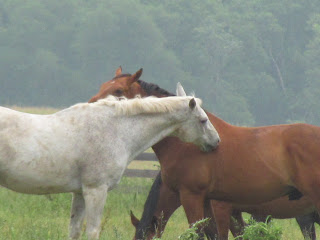 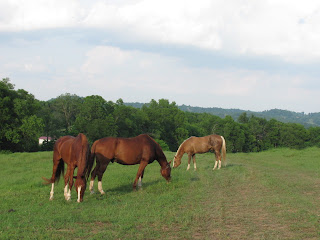 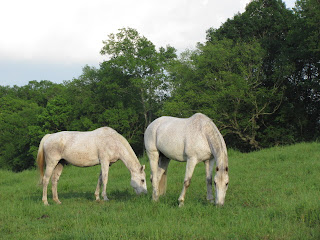 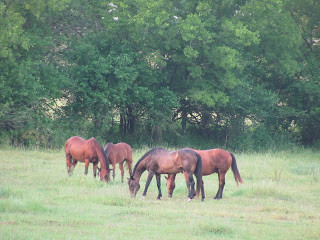 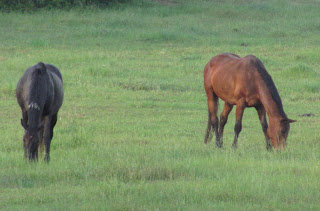 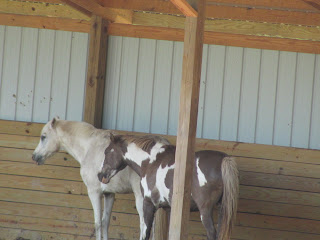 Posted by Melissa-ParadigmFarms at 9:06 PM

Glad you all survived dental day! (Norman looks exceedingly clean in the photo!).

I agree that there are bad floats with both power and hand tools. In my experience, those using power tools are sometimes (not always) in a hurry, and also sometimes don't do a good job on the incisors - most dentists, regardless of whether they use power or hand tools, don't.

The very good equine dentist I use doesn't use power tools at all, because he thinks it's too easy to overfloat - particularly senior horses who need tooth surface to effectively chew. He also sedates and uses a speculum to be sure he can adequately do back molars.

So I'm not religious about it, but since I've got a very good dentist who doesn't use power tools, and since I've had horses badly overfloated using power tools, I'll stick with him. Doesn't mean others can't do a good job using other methods.

I would say my experiences have, in general, been the opposite. The best practitioners I have worked with used power tools (actually they use both) and the worst were hand tools only. Which is why I say it comes down to the hand holding the tools, not the tools themselves.

Also, I have no issues with someone using power tools to do a job more efficiently as in the end it makes it easier on all involved, especially the horse. I also think people tend to exaggerate how easy it is to overfloat a horse with power tools. Hold your hand on the powerfloat while it it is on, I think it would surprise a lot of people who have never done that.

In regards to senior horses I think a power float is much better for loose teeth. You are much less likely to "rock" a tooth out or make it more loose because of the vigorous motion needed by hand tools, which is an advantage to power tools. The entire motion on the tooth is a lot steadier and more gentle, which in certain circumstances can be really important, and in other circumstances (no loose teeth for example) is irrelevant.

However I also think there are certain areas of the mouth that, if there is a problem, they are better addressed with hand tools.