The Same but Different

In many ways Jason and I are very much the same, but when it comes to how we handle various weather conditions we are quite different. I have mostly spared everyone from my usual complaining about cold weather lately. I have been making an attempt, admittedly half-heartedly at times, to embrace the season and try to find something to like about winter. We had a couple of nights in the past week where we supposedly had chances to get snow but they never materialized. Given our unseasonably cold temperatures I thought it would be nice to have some snow. At least snow is pretty. Jason says if I had my way I would go to sleep in mid November and wake up again in mid May when the temperature is reliably in the mid 80's.

Jason kept making fun of me this morning as he pointed out our differences in attire. I kept pointing out that he grew up in a snowbelt in Canada (so even by Canadian standards they got a lot of snow!) and I grew up in the south. He is built for cold. I am built for heat. Jason thought our differences in attire were so funny he insisted on taking pictures of us and having a blog post written on the topic. As you can see below Jason's attire for our balmy 25 degree morning - the high was a positively tropical 39 degrees today - was about what I would wear in 65 degree weather.  Pants, long sleeved shirt, sleeveless vest, gloves and a hat. The part that is bewildering to me is that he looked comfortable and happy. I cannot relate. He even commented on what a lovely day it was. I just looked at him like WTF are you talking about?? Sorry but that I was the only thought I had.

Jason was happy as a clam this morning 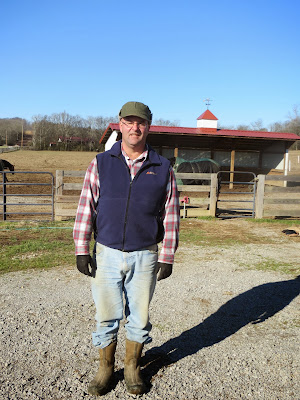 On the other hand I was dressed in a double layer of long underwear (yes, you read that correctly, I had on two layers of long underwear), insulated boots with toe warmers in them, plus a turtleneck, a sweatshirt, gloves, an ear warmer and a coat with the hood pulled up over the ear warmer. As long as I kept moving around and working I was relatively comfortable and only my hands and face were cold.


I was definitely less happy than Jason 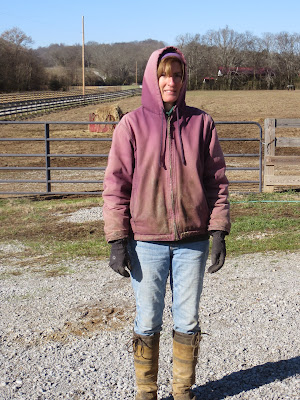 I am sure this must come as a shock to someone out there that the Canadian handles the cold weather with a lot more ease than the southerner. But just in case someone was not aware of this Jason wanted it out there on the interwebz for all to know. So there you have it. 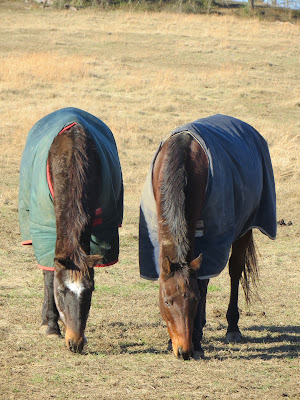 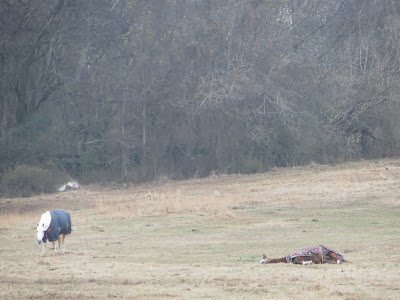 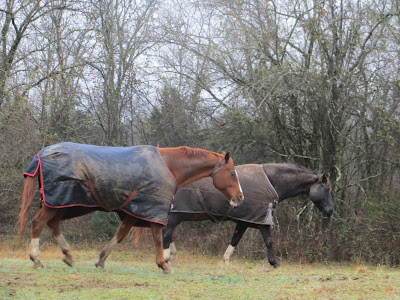 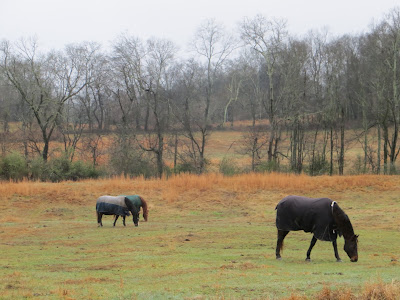 Walon saying "play with me" to Largo 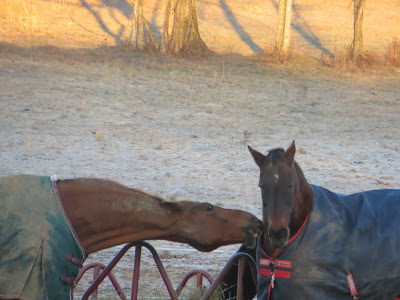 Cocomo, Flyer and Gibson on a frosty morning. We didn't get any of our potential snow this week but the frost Wednesday morning kind of made up for it. 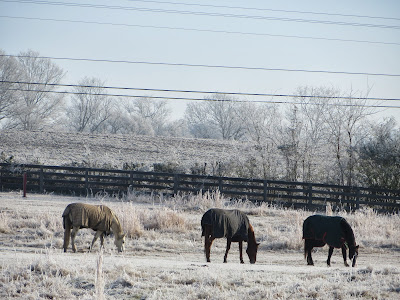 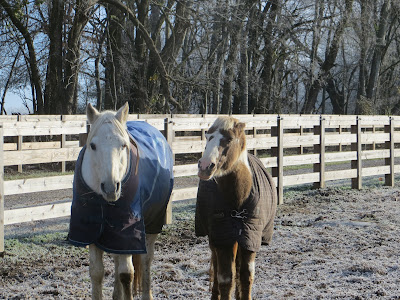 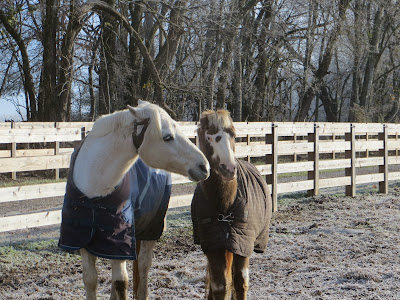 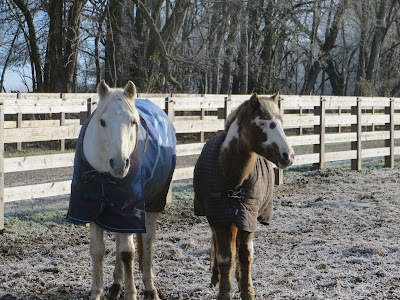 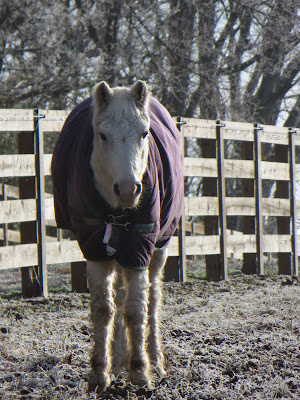 some pictures of the farm covered in heavy frost 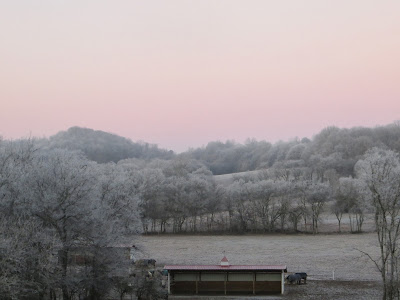 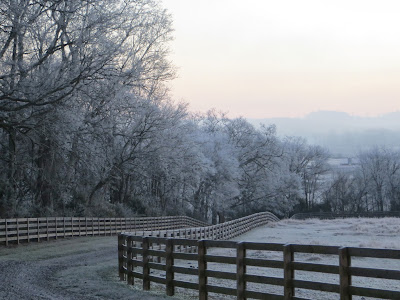 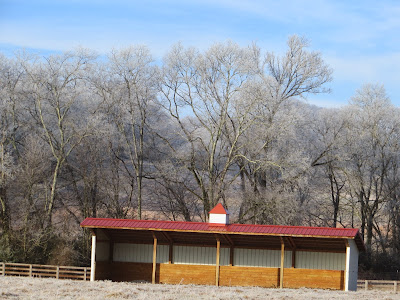 Posted by Melissa-ParadigmFarms at 8:52 PM

I fall somewhere in the middle of the cold-tolerance spectrum, probably because I grew up in the (horizontal) "middle band" of the country, in NJ. We got hot summers, and darn cold winters, but not FL/Canada temps. Now I live in MO and the weather is pretty much the same so I do alright. My hands, ears and nose are the worst - below 50 and I MUST have them covered, the former two at least! So the photo of Jason with his ears hanging out makes me cringe. :) He is indeed a hardy gentleman.