(post by Jason) I spent most of the first twenty years of my life doing whatever I could to avoid like the plague any event that required getting up and out of bed before 6:30 or so in the morning. Actually, my statement isn't quite true. I'm told I was a very early riser as a small child but this faded as my childhood morphed into teenagerhood or whatever the hormonal period from 14 through 20 may be called these days. College made it even worse...we seldom went to bed before one or two in the morning and slept through a good part of the next day. I recognized even back then that this wasn't a rhythm that particularly suited me or my temperament but I never did anything about it. In the summer my rhythm shifted back to early mornings and although I usually felt better and performed better I was tired most of the time because I was young and dumb and the late nights never quit. Although my mornings and evenings got significantly earlier when I entered the workforce full time I rose grudgingly and spitefully, eyes pointed mostly at the floor.

I'm not sure when this changed exactly, but in the last few years I seem to have recovered the rhythm of my childhood where mornings are concerned, and this is doubly true in the spring and summer when daylight comes early. The rhythm that suits me best is going to bed shortly after sunset.....at or before 9:30 pm in the winter, and rising about forty five minutes before sunrise at every season of the year. Whenever I have a task that takes some mental astuteness or involves considerable tedium....lets say a long road trip.....I perform markedly better when I start extremely early. My best hours are from about 4 am until about noon (Melissa here - because you are up and at it at 4am so often??). I've worked at nearly every hour of the day at one time or another but by mid evening.....lets say six or seven pm I am mostly just going through the motions and I'm not getting very much done. I sure don't need to be starting anything that requires much in the way of mental astuteness after supper. If I'm not concentrating on anything or anyone I will involuntarily begin to nod off in nearly any seated position shortly after 8 pm. It also really seems to suit me to take a short nap in the chair just after my midday meal.

I am not one of those people who can successfully burn the candle at both ends. I need at least eight hours of sleep a night to be functional and I will beg, borrow or steal as much more as I can get. Melissa is my polar opposite in this regard. She functions on way less sleep than I'm able to and her most productive hours are in the late evening when I'm happily snoring away in the  bed (I find I am also pretty productive at 5am when you are still snoring away in bed. I see a theme here, anytime you are in bed I am productive. Hmmm). She consistently goes to bed later than me and gets up earlier. I don't know how she does it. 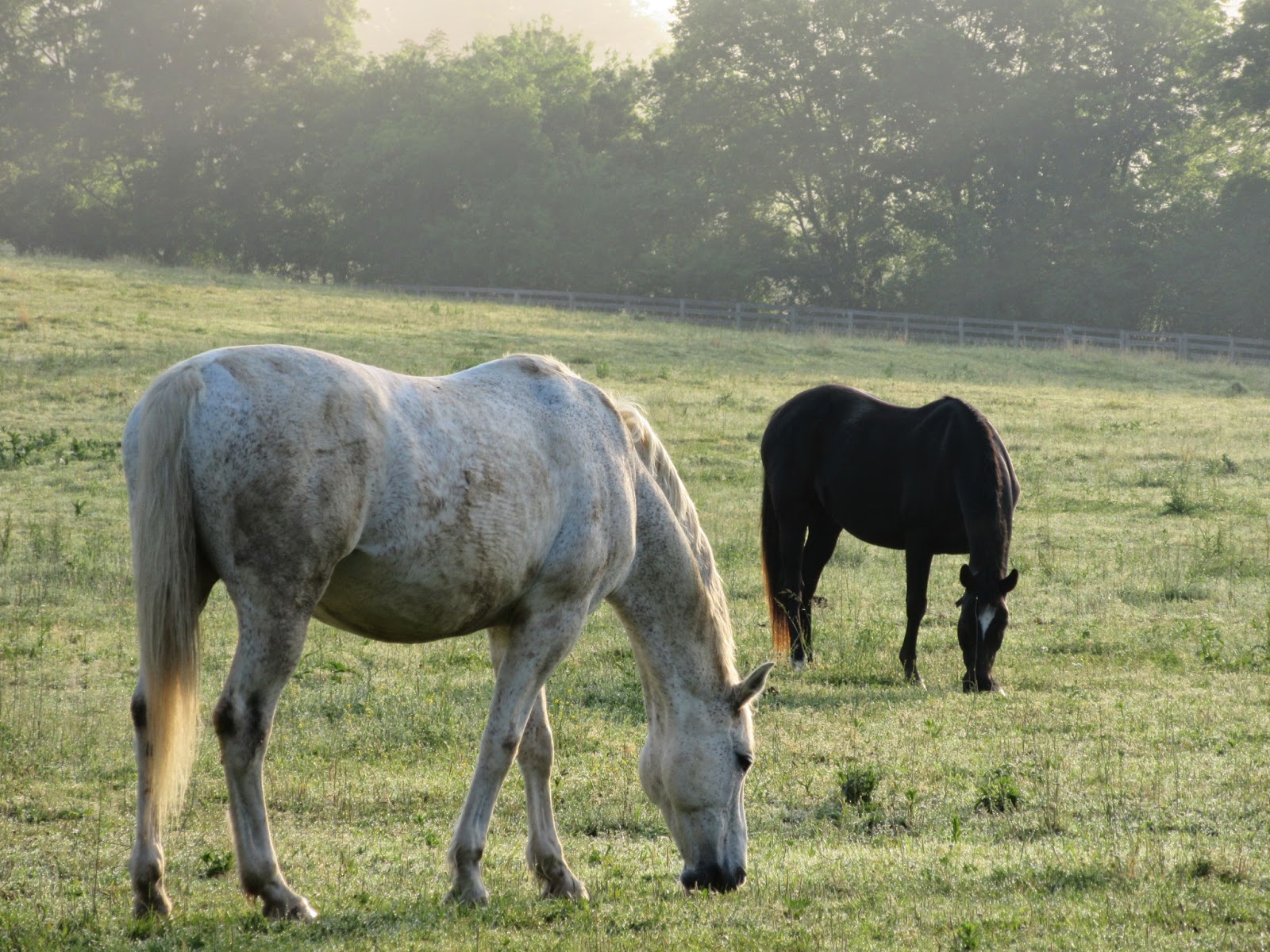 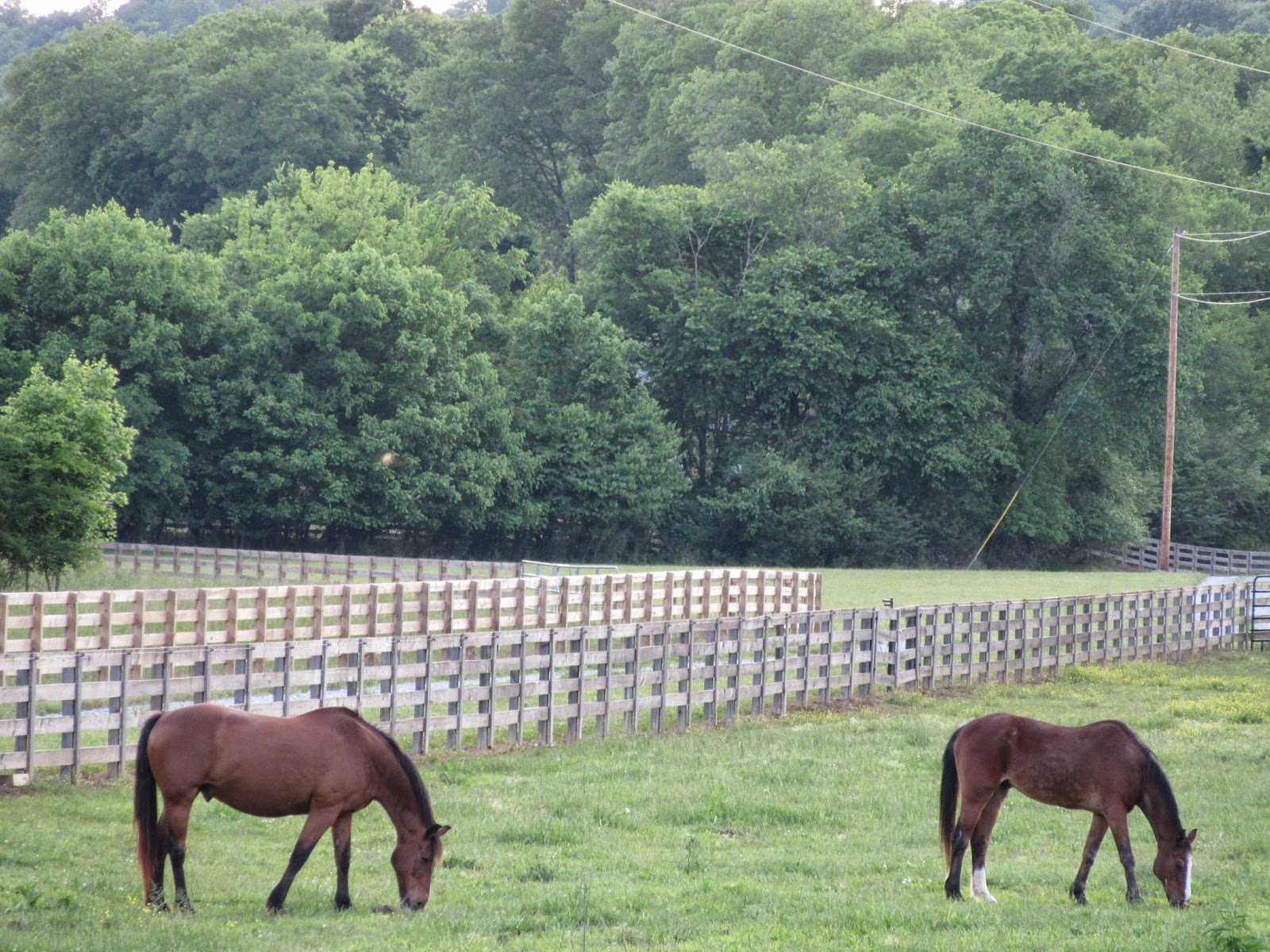 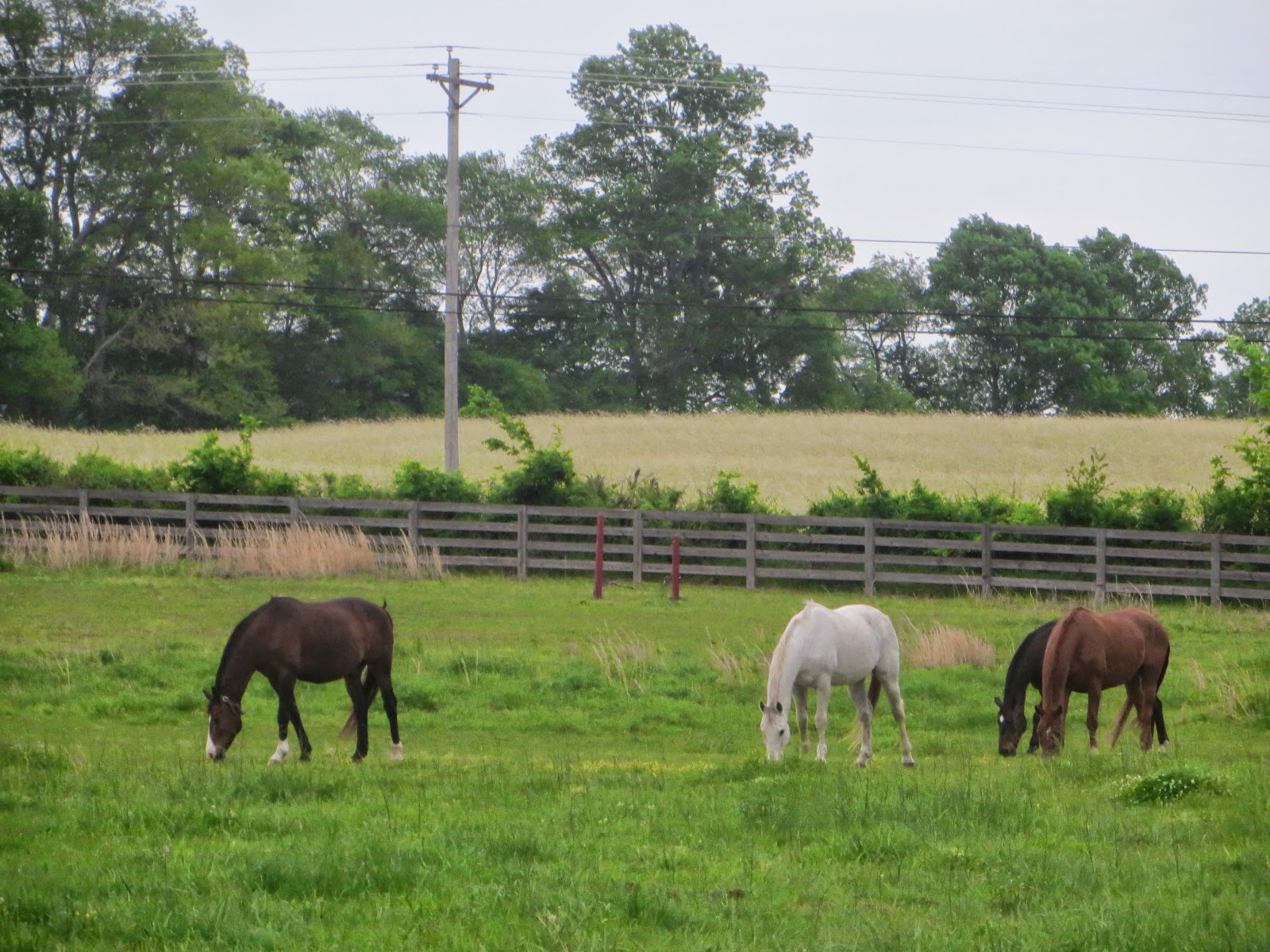 Darby (Alex in the background) 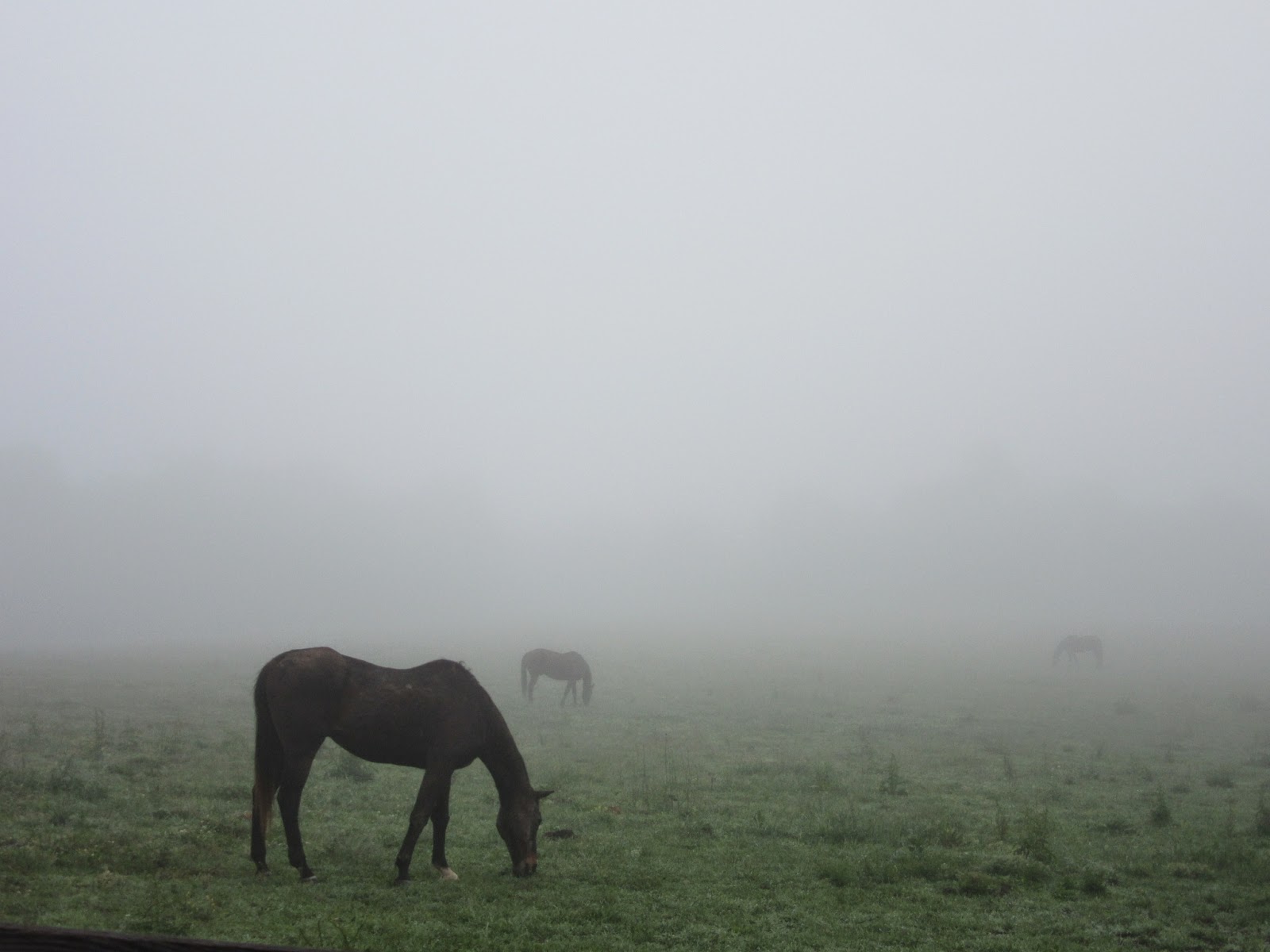 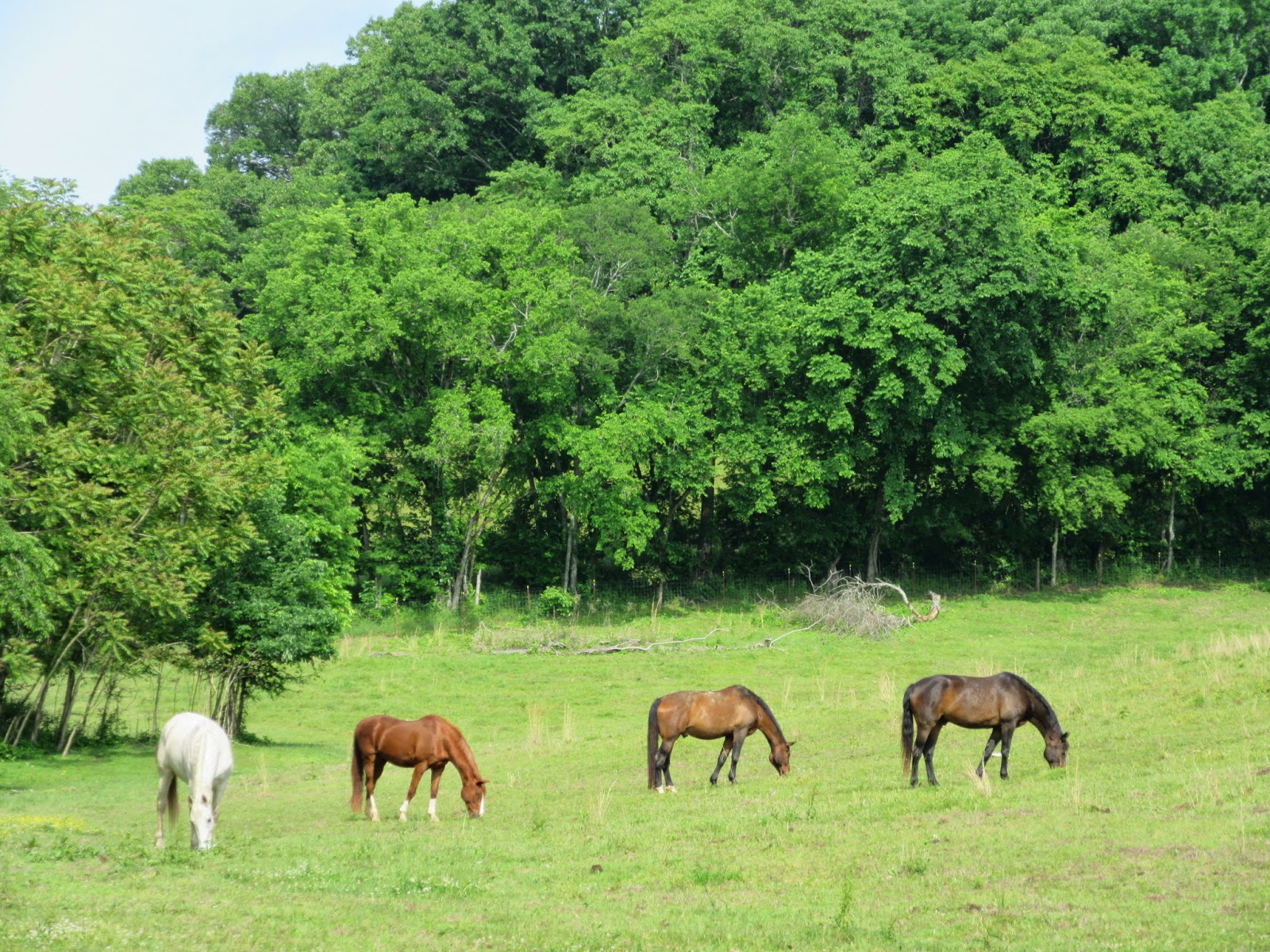 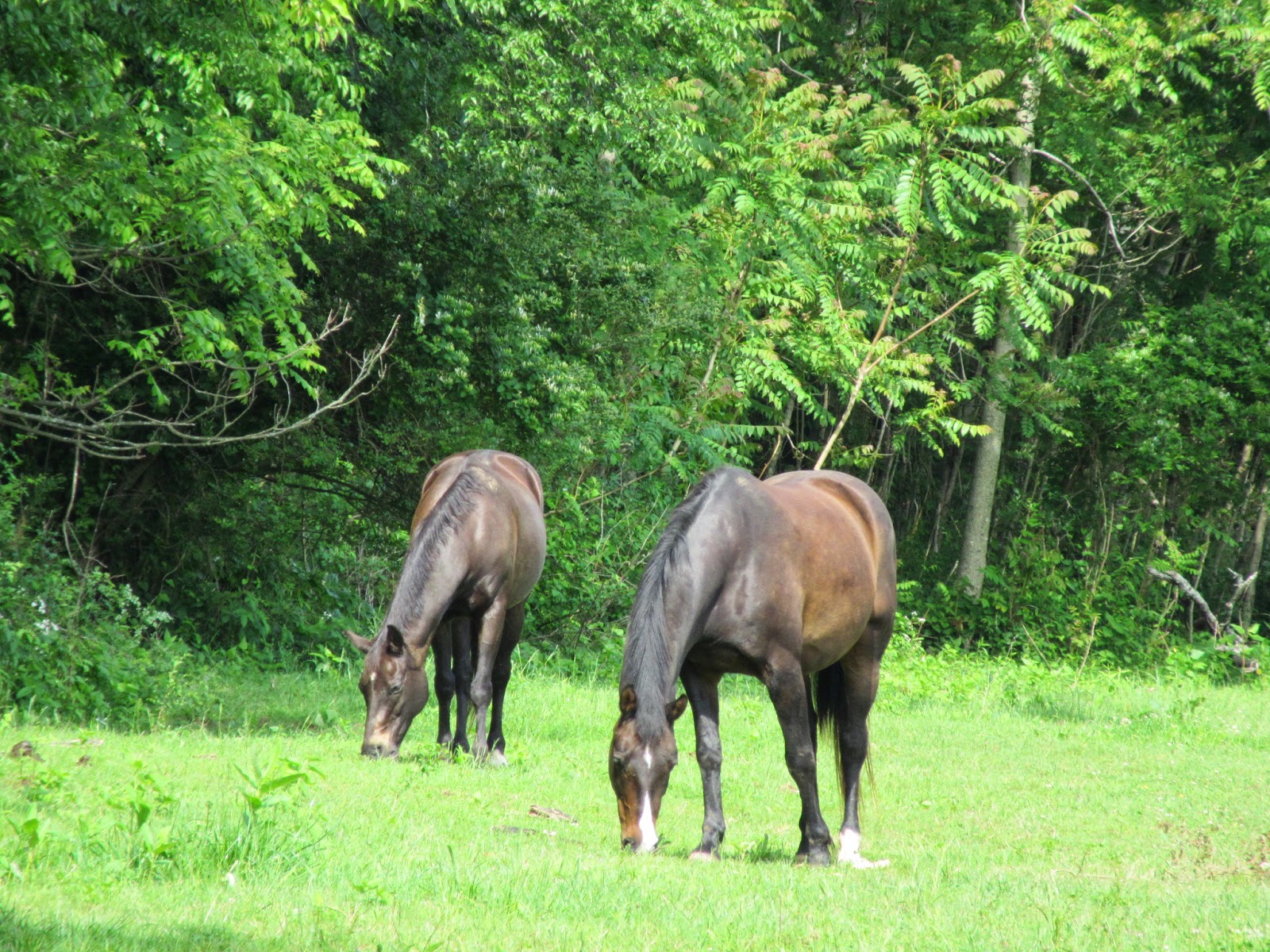 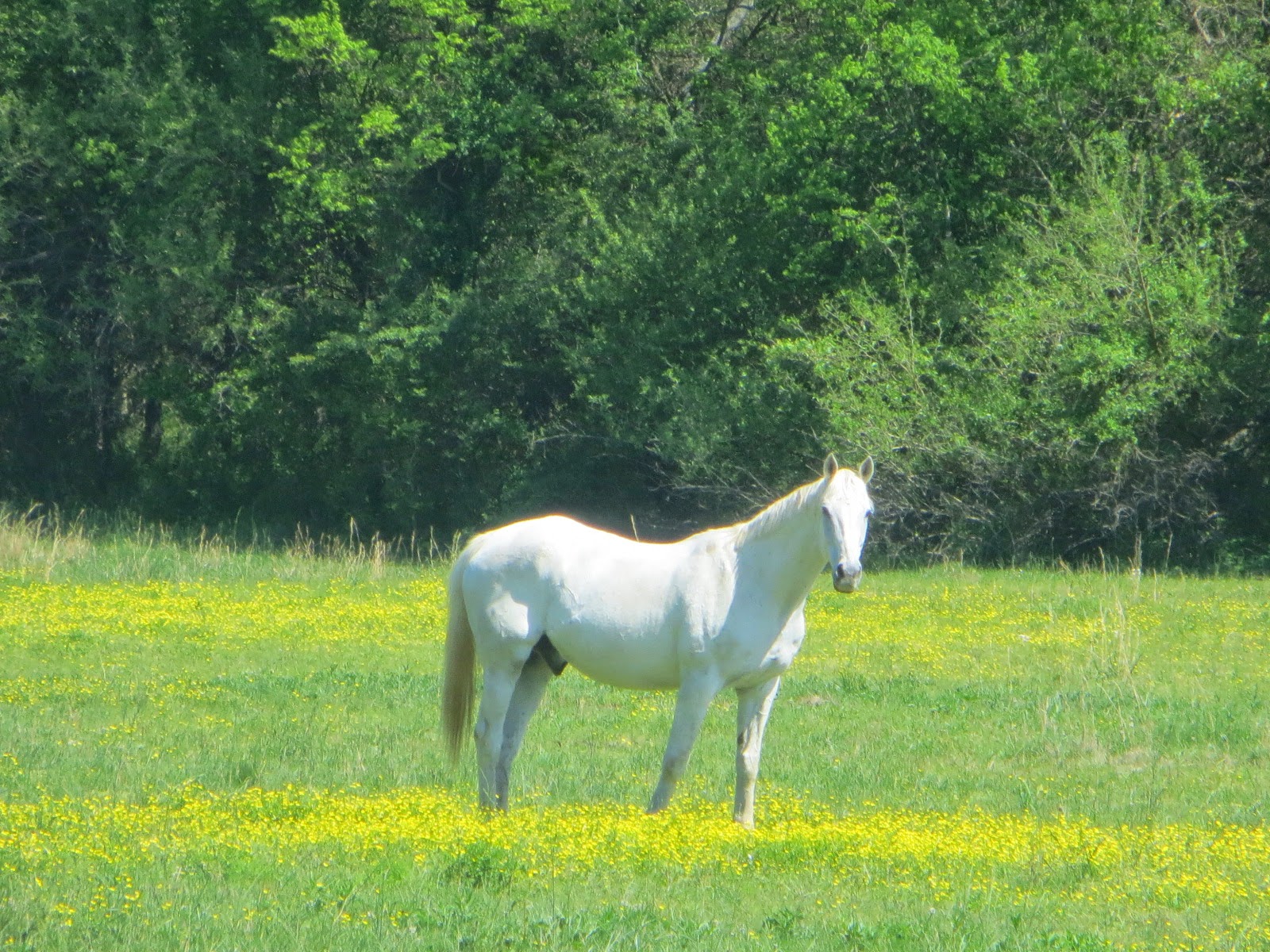 Posted by Melissa-ParadigmFarms at 9:30 PM

I love the foggy photo!
The two horses in the distance make it a nice shot. =)

I enjoy going to sleep before 10pm and sleeping as much as possible before I have to get up at 6am and unfortunately get ready for work! But as I grow older, I notice that going to bed early is easier and getting up at 6am is not such a chore anymore. Does that mean we are all getting older?! ha ha!!

I'm also a very early riser, but I'm toast after about 4 p.m. in terms of doing much of anything productive.

Morning person here! I prefer to be in bed reading or doing a crossword or messing around on the computer by 730, usually asleep by 9. I wake up at 5AM most days, and often get up before 6 just so I can have my coffee. I love the mornings!
But after 7pm, I am toast.
Husband is exact opposite. Worked well when the kids were little. Traveling together takes compromises and preparation on both sides.