I have discussed before that I have those moments when I realize this is my circus and these are my monkeys. The monkeys have been very active lately. Very active.

A few days ago I spent some time collecting some of the bones that Ewen had strewn about our yard. I had a nice pile after walking around collecting bones for a few minutes. In case you are wondering, I wasn't loving the fact that I was walking around collecting bones in my front yard. I have decided that every deer or rabbit in the county that exits this earth must make a final pilgrimage to our farm first. It seems that Ewen finds new additions for his bone collection every day. I think I was even more grossed out the day I was driving to the back of the farm and realized Ewen was running alongside the truck with a deer spine in his mouth. 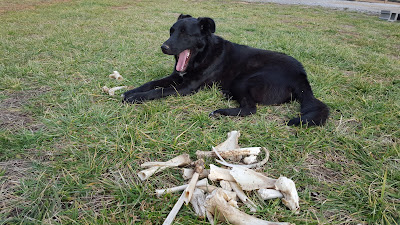 no need to buy bones at the store for Ewen 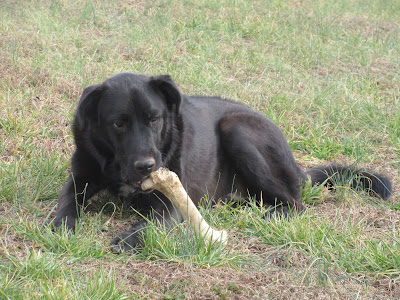 admiring the pile I made for him 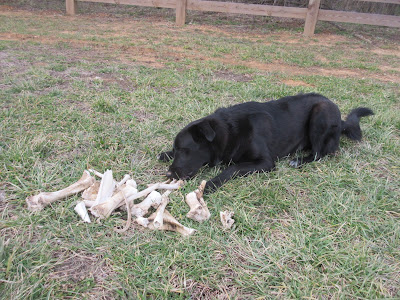 Even more so than collecting bones, getting skunked is Ewen's true specialty. He showed up at our farm at the end of August. In the last five months he has been skunked six times. SIX.  This includes the time he so graciously included me in one of his skunking episodes. I'm beginning to lose any hope that Ewen will learn to leave the cute little black and white creatures alone.

Our cat Jingle has also been learning new tricks lately. You will recall Jingle is the cat that crashed our Christmas tree and destroyed most of our ornaments. Jingle's latest trick is he has learned how to open doors. I thought he was just throwing himself at the doors until he got lucky and hit the handle just right. When Jason told me he watched Jingle one day and that Jingle had an entire process for opening doors I didn't believe him. Then I saw it with my own eyes.

Jingle jumps up and grabs the handle. He then lifts a paw and puts it on the handle and pushes down. Finally, he swings his back legs and pushes on the door and the door opens. He then lets go and pushes the door the rest of the way open and walks into whatever room we were foolishly attempting to shut him out of.  He has gotten so good at this he usually only needs one attempt to open a door. He goes in the pantry, in the bathrooms when you have the door shut (nothing like the cat barging in when you're sitting on the throne), lets himself into a room if the door is shut, etc. The "best" part? He often shuts the door behind him. When he's ready to leave he opens the door and then shuts it again.

To put it mildly, this is driving Jason crazy. Jason needs a minimum of 8 hours of sleep. If he gets 7 hours and 59 minutes of sleep he considers the night a tragedy. Our cats love to wreak havoc in our house at night so Jason had taken to shutting them into two rooms at the back of the house (with their food, water and litterbox). When Jingle began letting himself and he and Joy went back to knocking over every lamp and dumping every book onto the floor Jason upped his game. He was not going to be defeated in  his quest for sleep by Jingle.

Off Jason went to Home Depot where he bought a hook and eyelet latch. He installed these on the non-Jingle side of the door. The first few evenings of Jingle's attempts to leave his evening rooms and finding every attempt thwarted did not go over well with Jingle. He threw himself against the door repeatedly and howled. Loudly. If Jason thought he couldn't sleep when Jingle let himself out he was sleeping less with Jingle latched in. I'm not sure who is going to give up first, Jason or Jingle.  Our circus is still going full throttle. 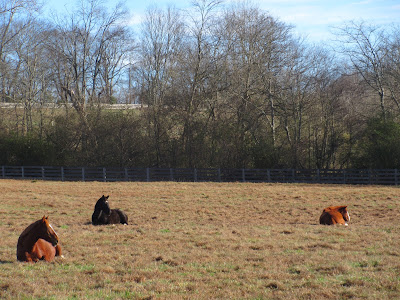 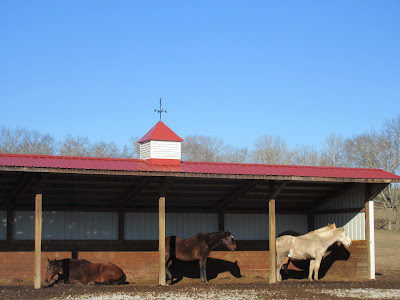 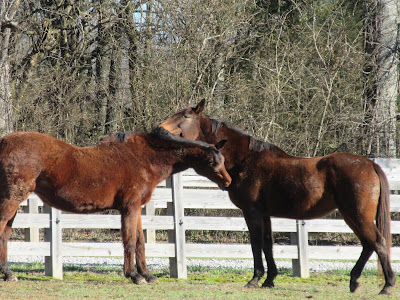 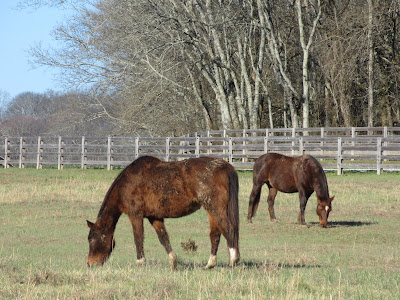 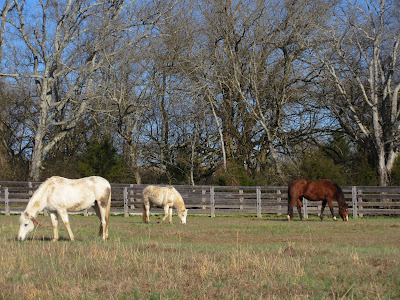 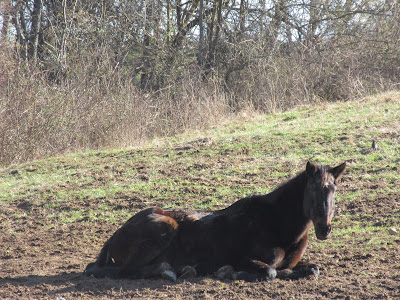 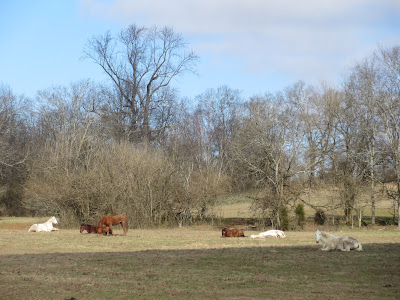 a closer look at Duesy, Cino and Bruno 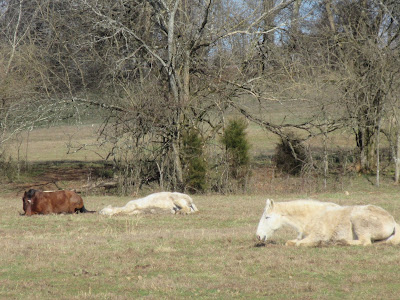 a closer look at Merlin, Fabrizzio and Walden 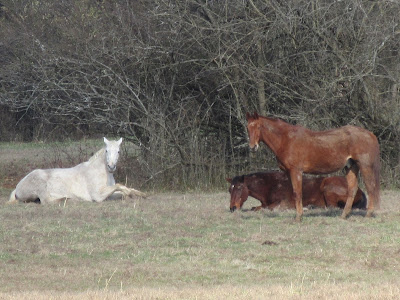 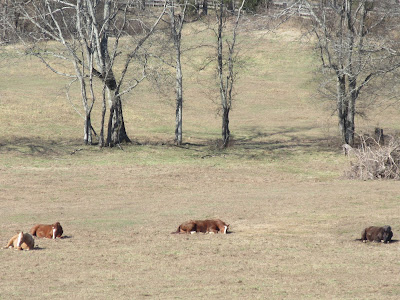 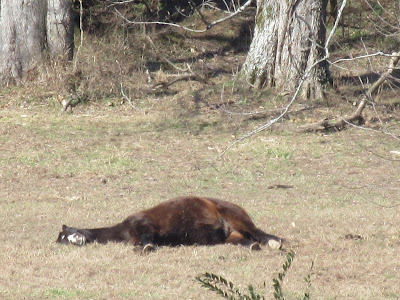 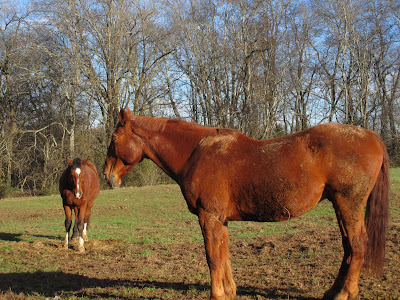 Posted by Melissa-ParadigmFarms at 8:30 PM

I just took your advice and bought the donkey a rain jacket. Hope it helps keep them out at pasture!

Ewen is foraging locally for organic sustainable doggie chews. Much safer than those imported from China!