Two years ago, as Jason, Carter and I were wandering around Coscto, Carter asked me to go look at the Christmas decorations with him. Before anyone gets all wound up about it, I'm completely on board that Christmas decorations should not be out in September, but on the other hand I don't really care when anyone wants to start decorating their home for Christmas. Whatever makes you happy.

Fast forward about a year and we are wandering through Costco again. For those that don't know this, Costco is Jason's happy place. He loves Costco. It's early October 2017 and there are two aisles of Christmas decorations set up. Like any happy child, Carter sees the Christmas decorations and wants to go look at them, so Carter and I find ourselves walking through the Christmas aisles again. For a second year in  row Carter spots the deer family. "Momma! Momma look! The deer family is back. Our family is back!" Yet again I found myself caught up in Carter's contagious enthusiasm.

Fast forward to December 2017, the week before Christmas, and Jason, Carter and I are in Canada to visit his family. It was after dark when we landed at the Toronto airport, so I told Carter we should look at Christmas lights and try to spot deer families on our way to grandma's house. This immediately put the Grinch Jason in a grumpy mood. He snaps at me, "Christmas lights are an American thing. You aren't going to see very many. And you won't see any deer families." I think he might have even slipped a "Bah, humbug!" in there somewhere.

Fortuitously, we drove through a large subdivision at that point. The houses were decked out in Christmas lights, I  mean Clark Griswold style Christmas lights. We started playing a game I called "scream out deer family every time you see a deer family." The Grinch Jason moved from annoyed to angry as everyone in the car repeatedly screamed out, "deer family!" every time we saw one. I lost count of how many deer families we saw. At least 50 on our relatively short drive. The Grinch Jason was ready to cancel Christmas by the time we arrived at our destination.

Fast  forward to October 1, 2018. Jason is making a solo trip to Costco. We hadn't gone to Costco in three weeks because we have been crazy busy, and no one had any time for Costco trips. Jason was becoming more and more difficult to live with as his Costco withdrawals worsened, so I finally told him to take a half day off and go to Costco and rejuvenate himself.

Apparently Jason's Costco trip was truly revitalizing and food for his soul. He texted me from Costco, "the deer family is back." First of all let's give the Grinch Jason three cheers for sending me that text. I wasn't there and I never would have known. I texted him back, "buy it NOW." Finally the Grinch Jason decided to make the right choice and embrace the spirit of the deer family. He managed to cram the box into the trunk of our car. When Carter and I came driving up to the house on the Kubota RTV as Jason returned home from his Costco trip, Jason pulled the box with the deer family out of the trunk. Carter started screaming at the top of his lungs, "the deer family!! The deer family. Momma, he brought home our family. MOMMA DO YOU SEE THE DEER FAMILY??!!"

Just in case you think Jason had a complete change of heart and ate his Christmas feast with the Whos in Whoville, this is what he posted on Facebook after purchasing the deer family:

1. It's October 1st.2. It's 85 degrees outside. There is no hint of colour in any leaf on any tree.3. The only thing it's going to do in our ten day forecast is get warmer. I'm seriously contemplating a swim in the redneck pool.4. It makes me angr/y/ier and (even more) volatile when stores are two seasons ahead of the calendar. 5. I argued against the purchase of the lighted reindeer family last year because I thought the whole concept was *way too redneck*. And as anyone who knows me will readily attest when I say something is too redneck for my taste that is really saying something.
6. I think Christmas is seriously over-hyped and overly commercialized.
7. I've ranted at length on each and every one of these topics.

So, what did I do when I saw the reindeer family at Costco today? I texted Melissa who texted me back that I should purchase them immediately. So I bought them and shoved them in the trunk. And here we are. I own Christmas decorations that I bought voluntarily in late summer. Maybe I'll plug them in just to see if they light up." 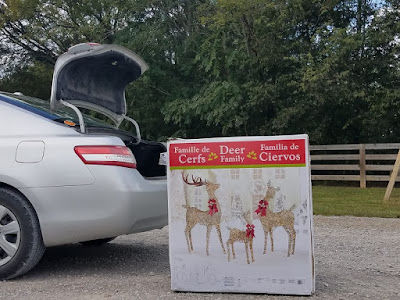 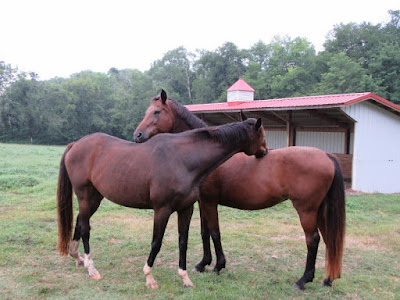 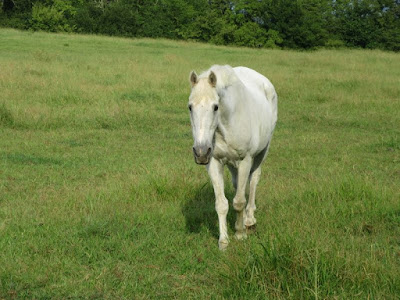 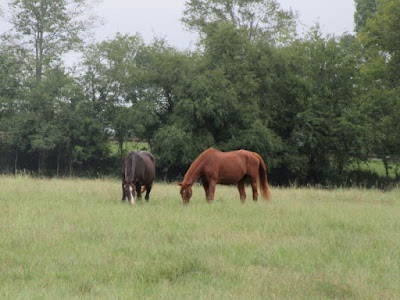 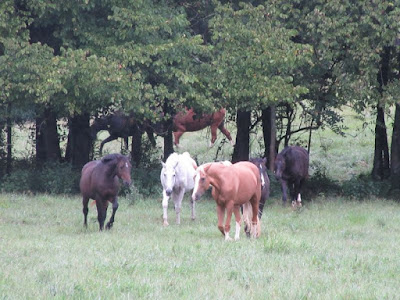 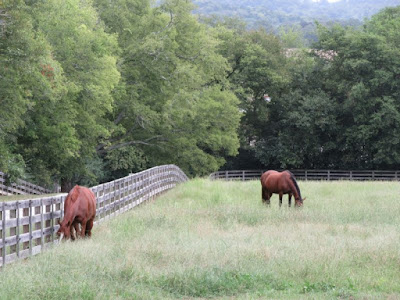 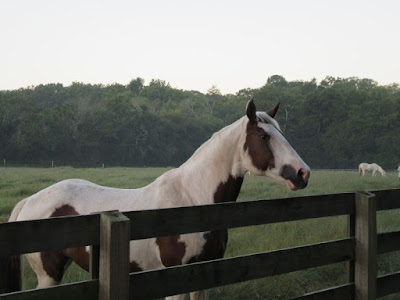 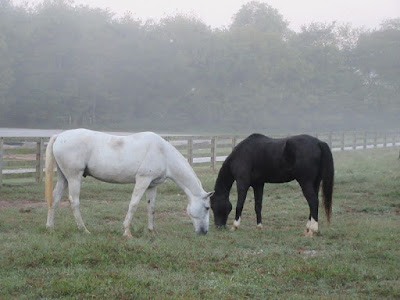 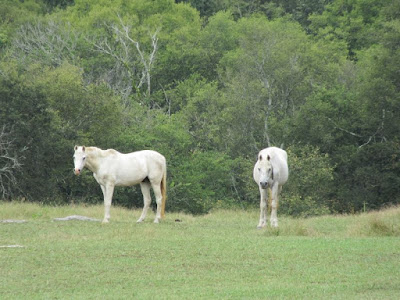 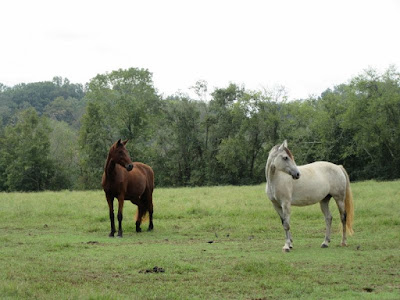 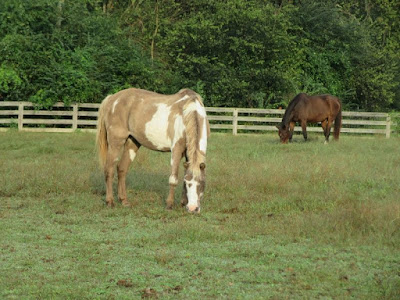 Posted by Melissa-ParadigmFarms at 8:01 PM