As I mentioned in a previous post, both Melissa and I have been married before. I was with my first wife for nine years and Melissa was with her first husband for seven years. I think we would both agree that our first marriages were extremely painful toward the end, perhaps only exceeded by the disaster of pain caused by divorcing our respective partners. I can't speak for Melissa, but my first marriage is a price I would gladly pay again if I knew then what was in store for me the second time. Until I married Melissa I had no idea what a great gift marriage truly is. Using a metaphor with which I am intimately familiar, my marriage to Melissa is exactly like nurturing a sickly plant in good, deep, fertile soil, except instead of a plant what she nurtures is my soul. In no small part, I am what I am today thanks to her.

On Friday of this week, Melissa and I celebrate our fifth wedding anniversary. In honour of this, and in addition to our regularly scheduled photos of contented retirees, I have included a few favourite photos of mine which I hope capture some of the fun we manage to get up to while doing what we love !

Melissa, thank you for being my wife. I love you very much !! Happy Anniversary ! 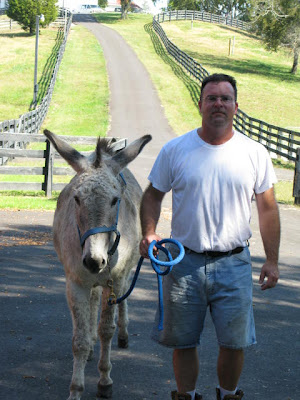 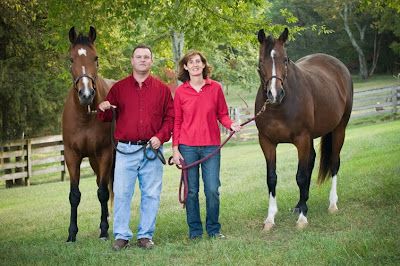 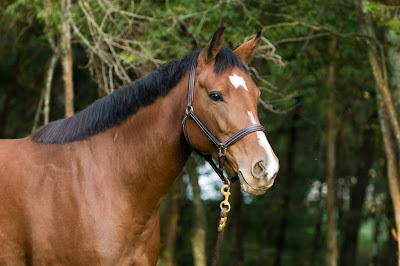 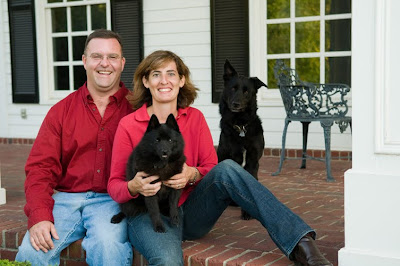 Bear with an audience floating in our pool, Orwell, VT, August 2005. Bear LOVED jumping from the deck onto the raft and floating around while we swam and played ! 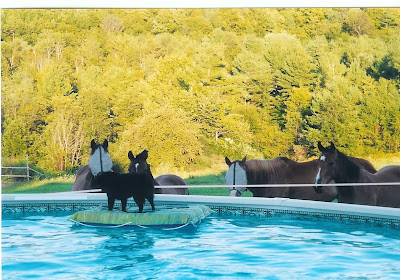 Our child Bear, Melissa and Bridget, Orwell VT, May 2005 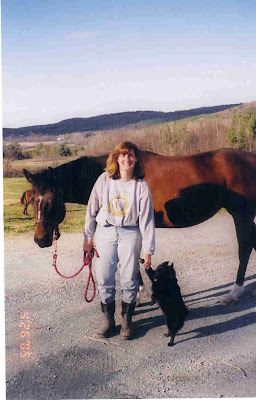 Melissa with Oreo the cat on a rope in our front yard, Orwell VT, April 2005. Oreo didn't lead well...surprise, surprise ! 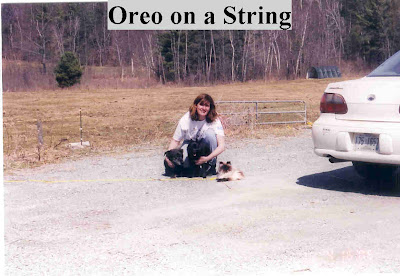 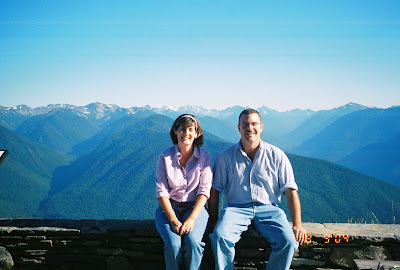 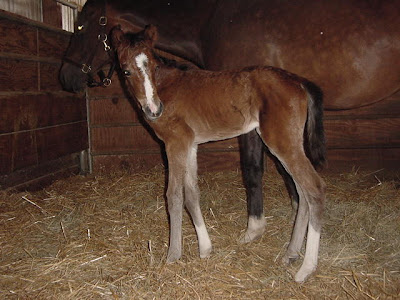 Bonnie with her mother Gabby, April 3, 2004 [hotographed by yours truly on my first trip to Middle Tennessee 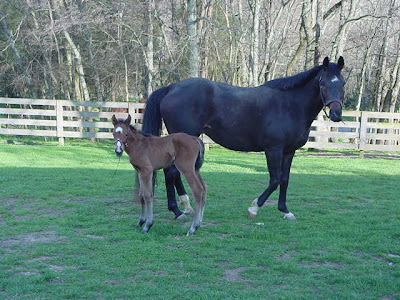 Bugle meets Bonnie...my absolute favourite pic ! March 26, 2004. Bonnie is 8 hours old in this photo. Note the insolent expression which persists to this day ! 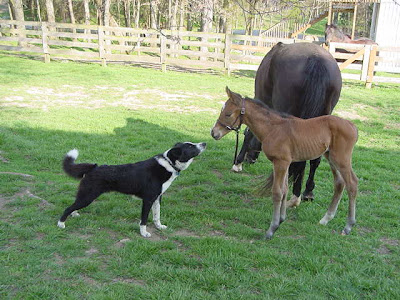 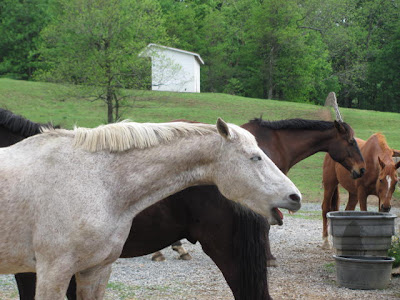 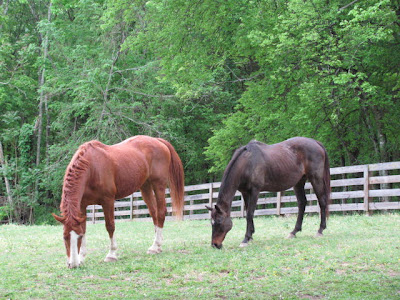 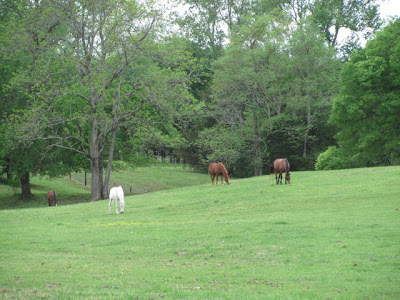 Ivan and Tony trotting up the hill together 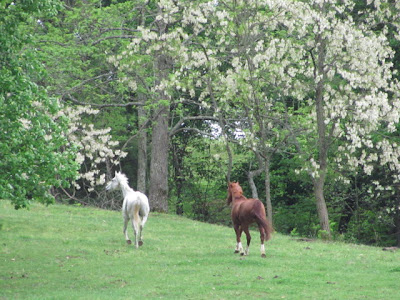 Apollo and Hemi walking down the hill together 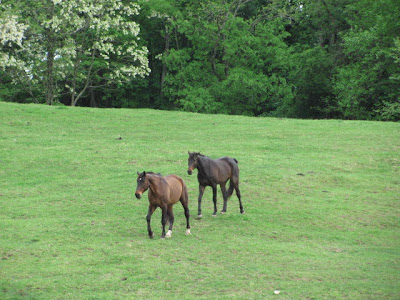 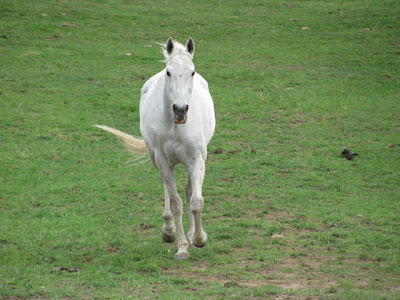 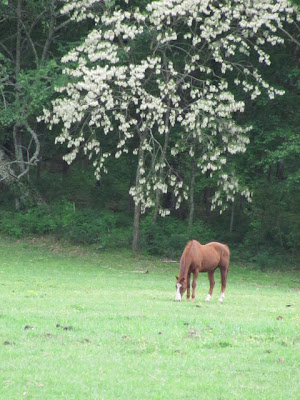 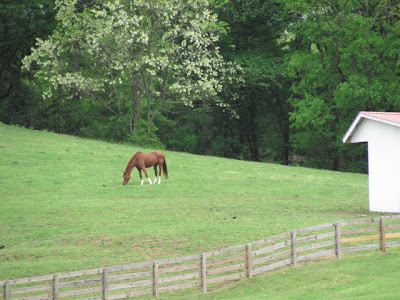 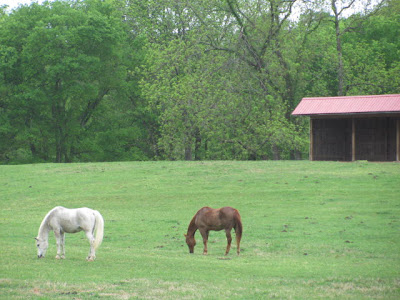 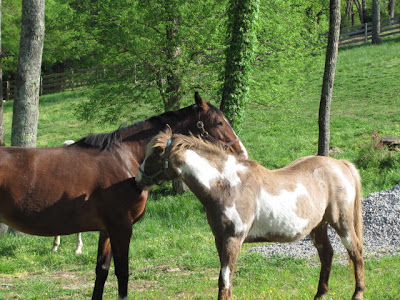 . . . and just hanging out together 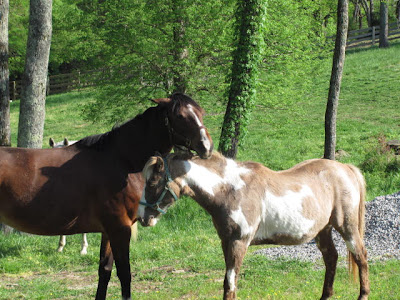 Posted by Melissa-ParadigmFarms at 8:59 PM

What a beautiful story. Happy Anniversary!!

Thanks for all the fun family and horse photos - and a very happy anniversary to you both!

Jason, so nice to see your favorite photos. Loved them all! My husband and I just celebrated our 27th wedding anniversary May 7th. Happy Anniversary, you are two blessed people to be doing what you love together.

Happy Anniversary! I have to admit, Jason should score some brownie points for those sweet words in the first paragraph! :) My husband and I are celebrating our 3rd anniversary next Wednesday, the 19th.

happy anniversary! i love seeing the faces behind the blog :)
the pool picture is great,and i love the first picture and caption. hope you can get out on a date!

Happy Anniversary! Good things are worth the wait. :)

Jason...you must be a very special man to create a post like this! A great sense of appreciation often comes with second marriages...you go into it with much more experience. The pictures are great and you two look very happy. Congratulations on your anniversary. And kudos to both of you for providing such a great home to your critters.

I think we BOTH appreciate what we have together. While I wouldn't change anything about my life, experience is one of the bonuses of growing older and I wouldn't trade where I am today for all the tea in China !

Never regret the journey in which you learned to appreciate where you are.... From another merry devorce'

Happy Anniversary - to two of the coolest people I've never met! Great marriages truly are one of life's best experiences. I was fortunate not to officially marry my previous mistake but we were together for 5 years, so I feel like I can still relate to your experience.

Great photos, as always. Bear is very talented! Hope all is well with you two and you celebrate large!

Happy Anniversary! I can't believe when we first met you two that you were practically newlyweds! You seemed that you had been together forever. And I mean that as a good thing! It is a second marriage for Pete and I both, over 15 years now. Thanks for the pics and the farm looks beautiful. Apollo and Hemi look so cute together. I wonder if they were discussing Hemi's Mom who used to ride Apollo for me many years ago!