Burning Down the House

As Jason mentioned in this post he is one of those people that requires a significant amount of sleep each night to be functional. I say "those people" because I am not, and never have been, someone who is capable of getting a lot of sleep. I think I had an amazing night of sleep if I can get in a good 4 hours before I start waking up. Once I wake up I have a hard time going back to sleep. In addition to this I am a very light sleeper so noises tend to wake me up.

On the other hand, when Jason's head hits the pillow he expects to be sleeping like the dead within minutes and expects to not wake up for at least 8 hours. If Jason gets seven hours and fifty minutes straight of uninterrupted sleep he considers that a tragedy because he didn't make it to eight hours. I cannot relate to this.

Thus, when one of our smoke detectors decided to start going off at about 1am last night, things were not pretty in the Webb household. First I basically had to bludgeon Jason with a pillow to get him to wake up (Carter never woke up either so apparently they are both dependent on me should any emergency arise when they are sleeping.) When Jason did finally wake up he was completely out of it and I basically had to push him out of the bed while telling him to go find which smoke detector had so rudely awakened us.

We isolated our errant smoke detector to the one in the attic. Jason essentially ripped it out of the wall and then stumbled back to bed. Within seconds he was back in a deep sleep while I laid in bed wide awake.

Needless to say about the only thing on Jason's mind today was the possibility of the smoke detector going off again tonight and interrupting his sleep. Since I'm used to existing on limited sleep I didn't really see the incident as a big deal, however in Jason's opinion the entire thing was epic and the Webb household was officially in a State of Emergency. Off to Home Depot he went to get multiple replacements for our smoke detectors. Not only are we replacing our misbehaving smoke detector in the attic, he bought several more spares in case others decided to follow in its footsteps.

As if that wasn't enough Jason then announced that he was only giving the new attic smoke detector one shot. If it gave us a false alarm we simply would not have a smoke detector in the attic anymore (this is the second time an attic smoke detector has given us trouble).  I mentioned that maybe in the long run losing a few minutes of sleep once every couple of years was preferable to burning down the house, possibly with us in it. Jason staunchly disagreed with this view and decided he would rather risk it all then have his sleep interrupted. Okaaaaay.

Hemi and Apollo having a grooming session 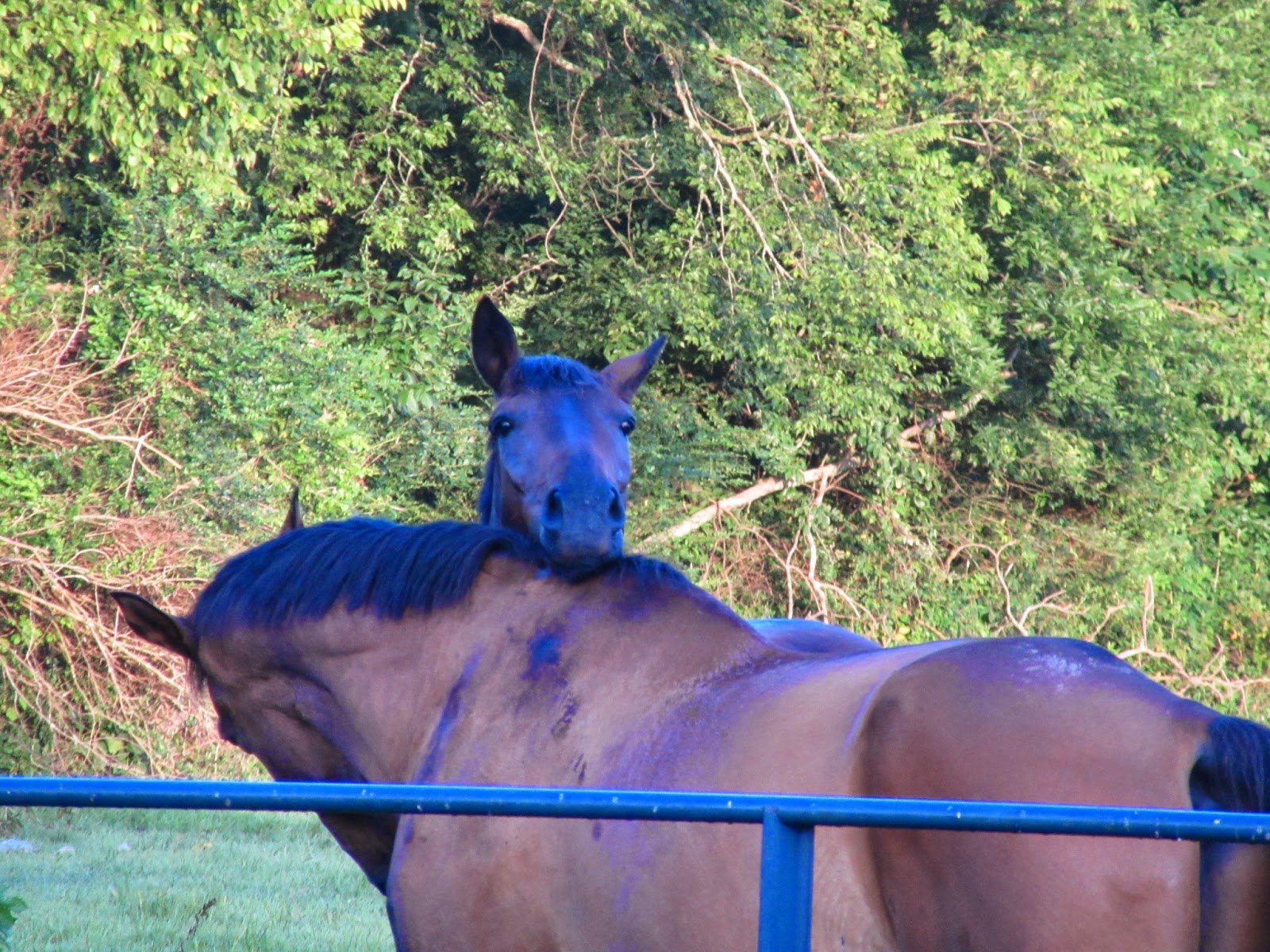 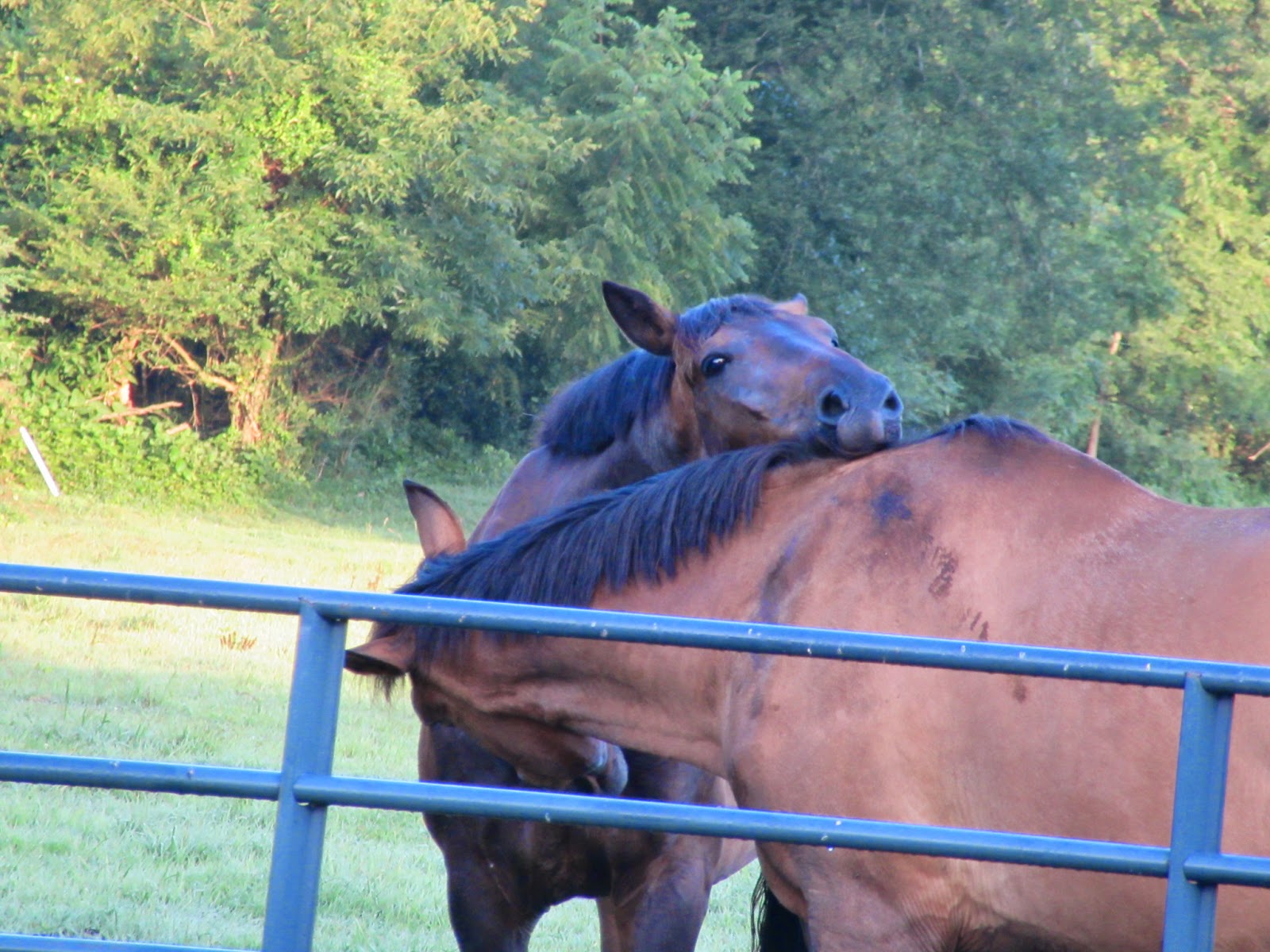 Rocky and Largo have a nice view from their pasture 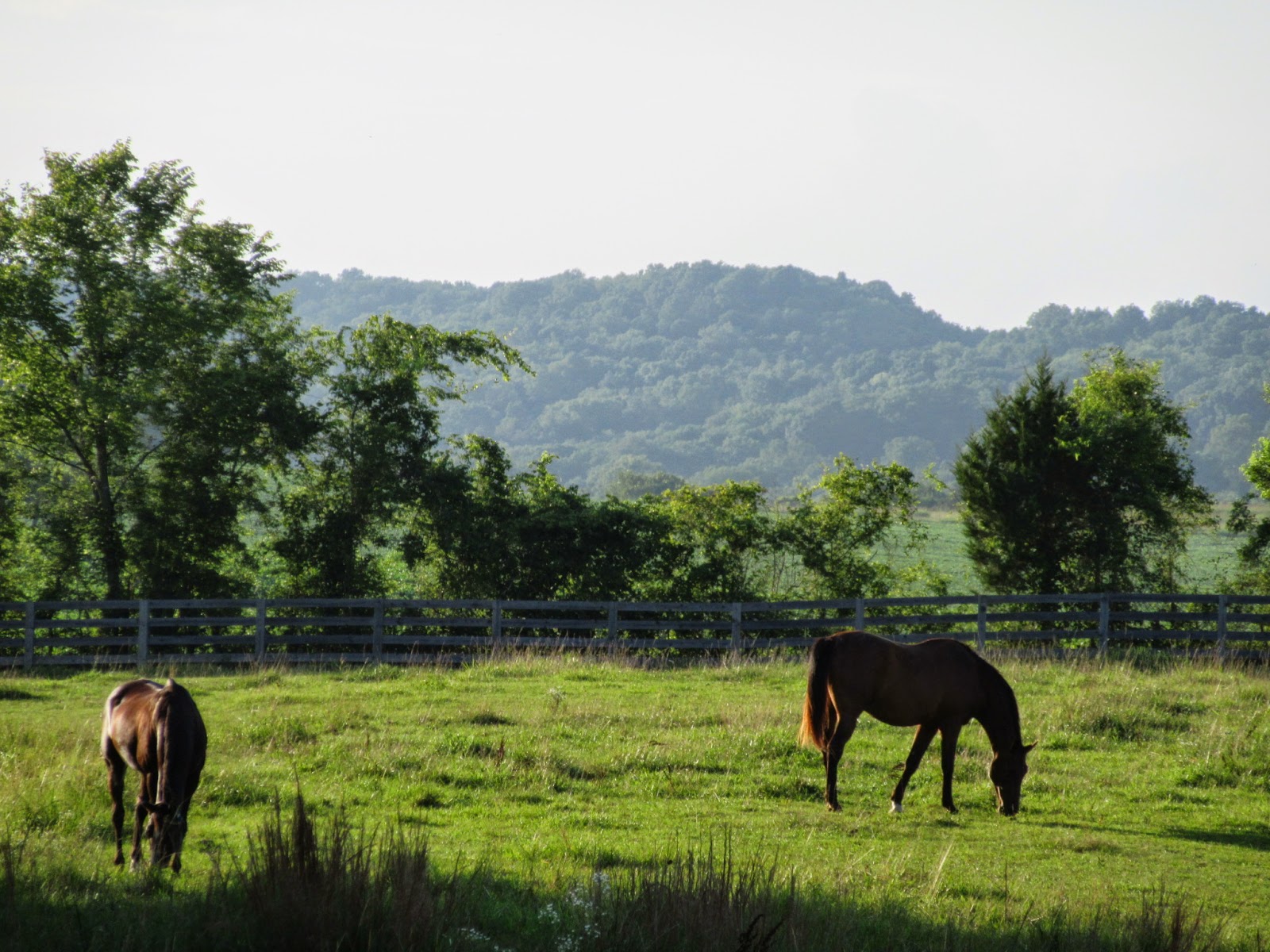 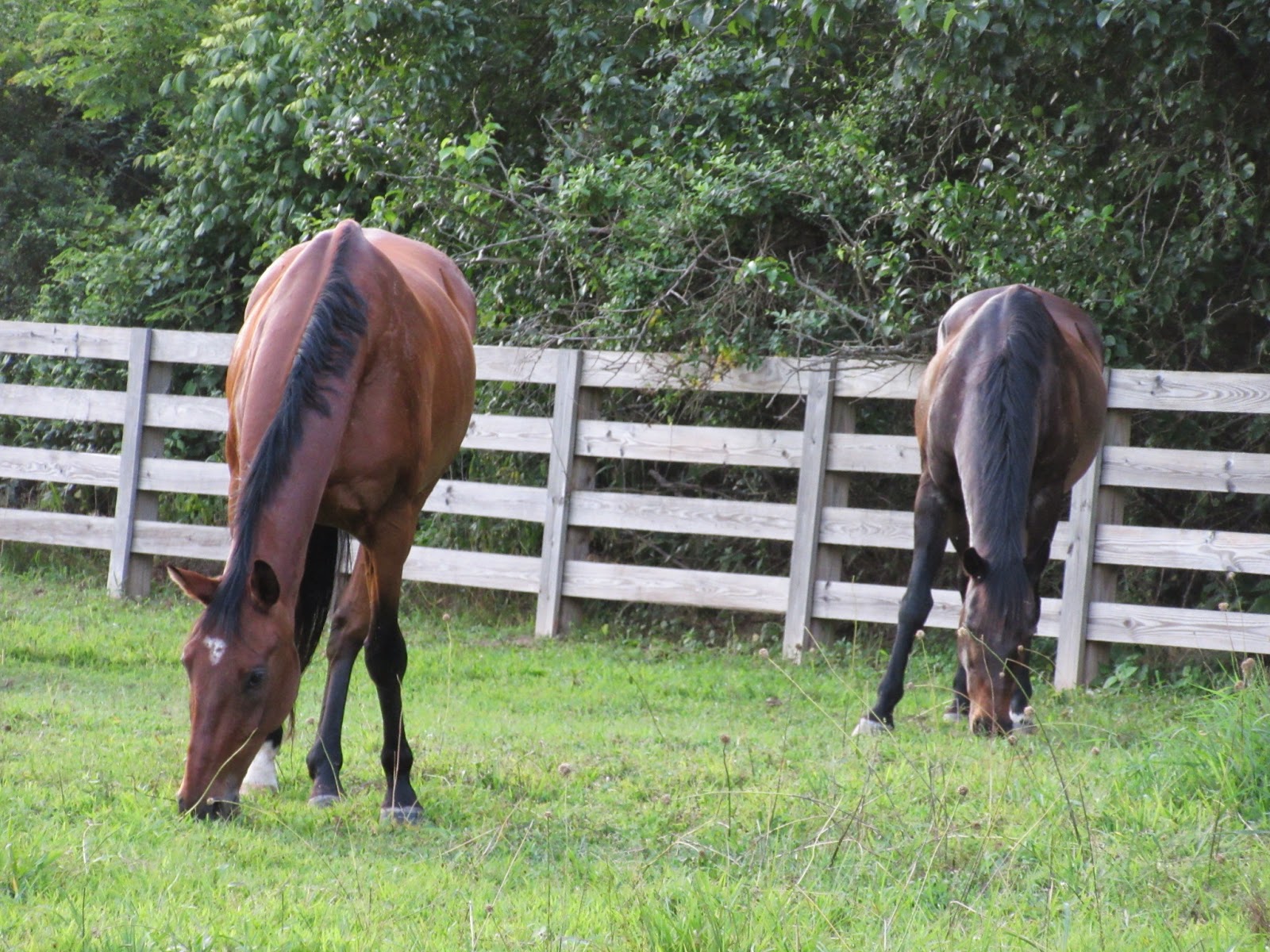 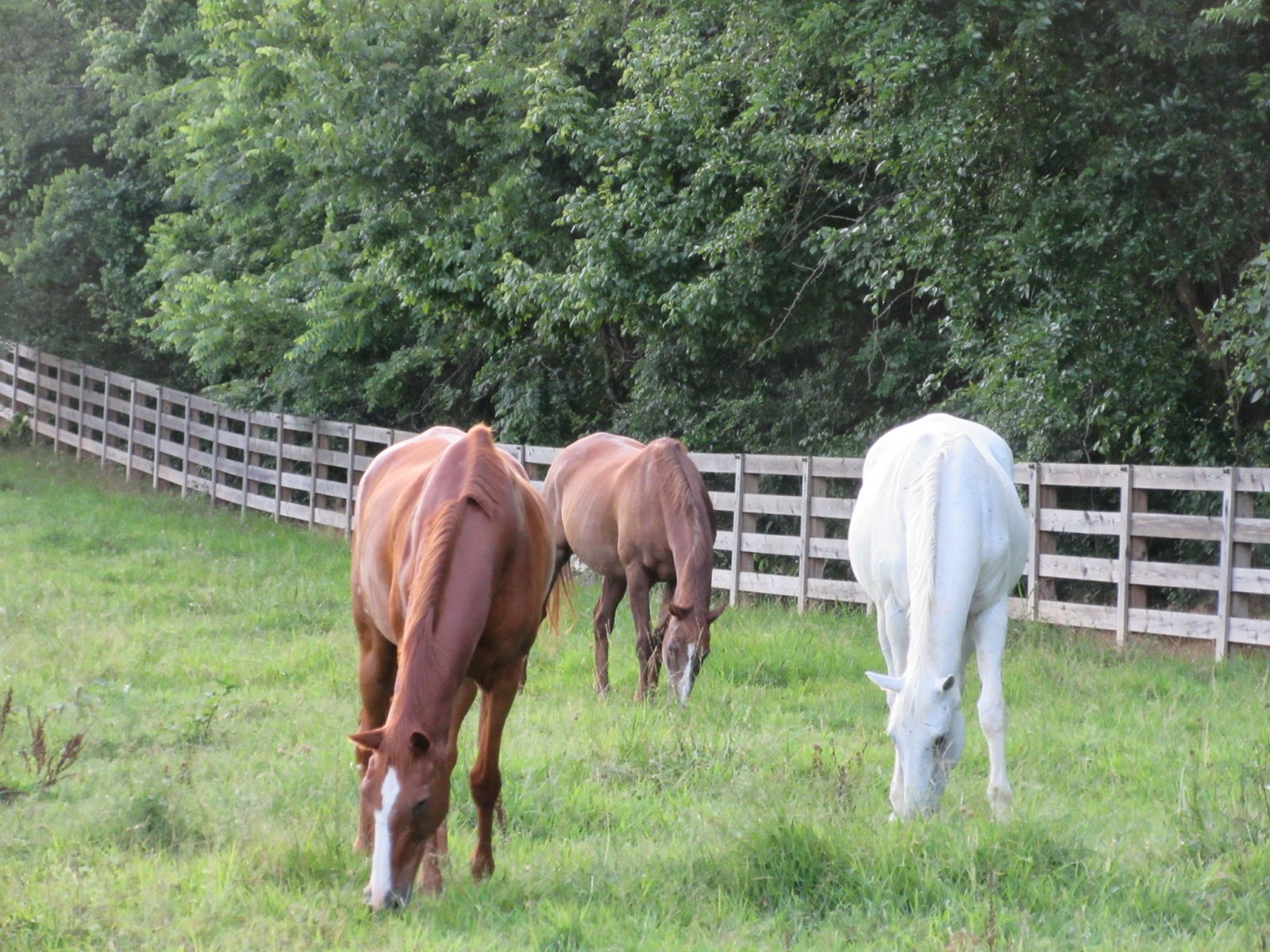 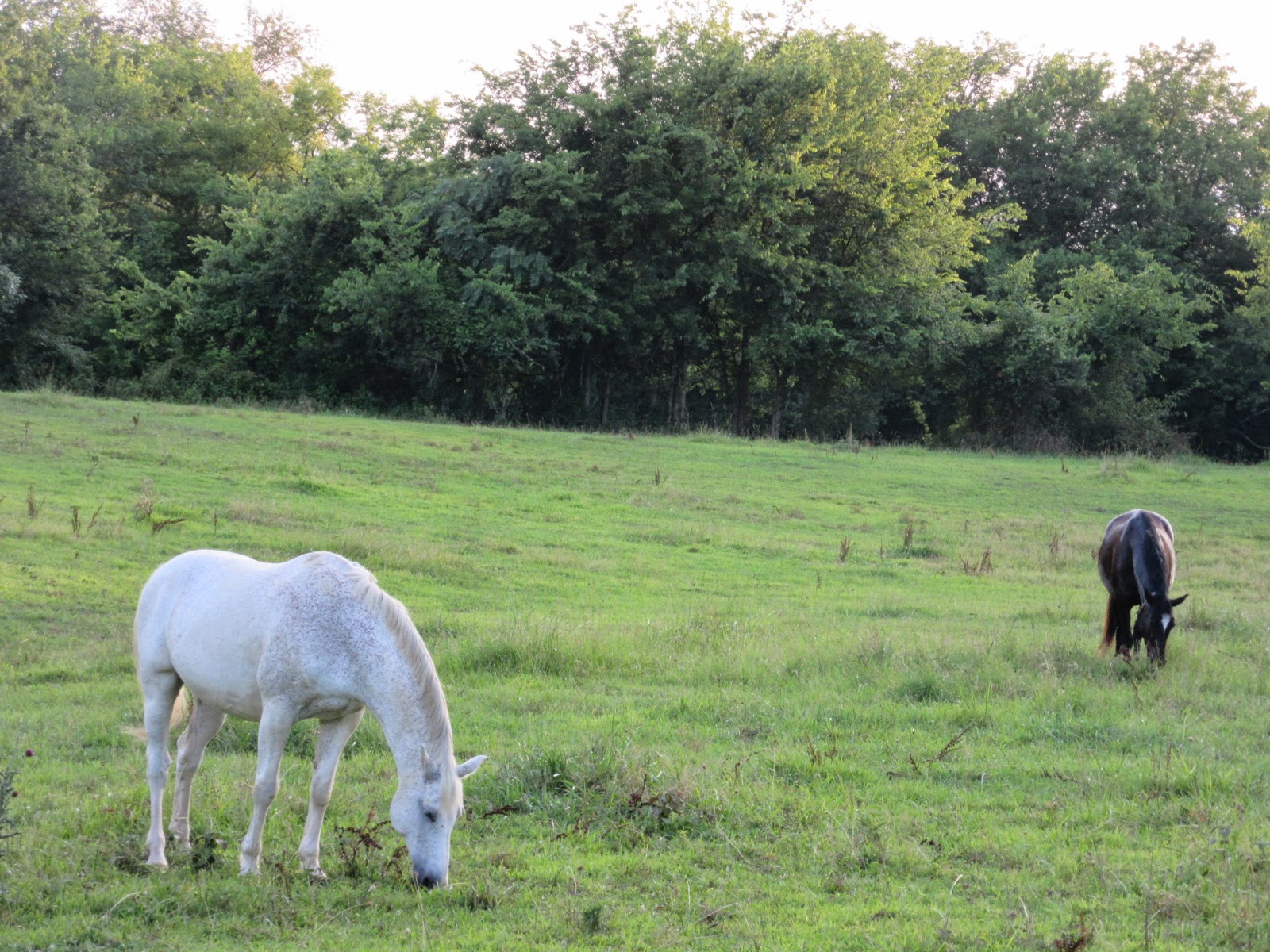 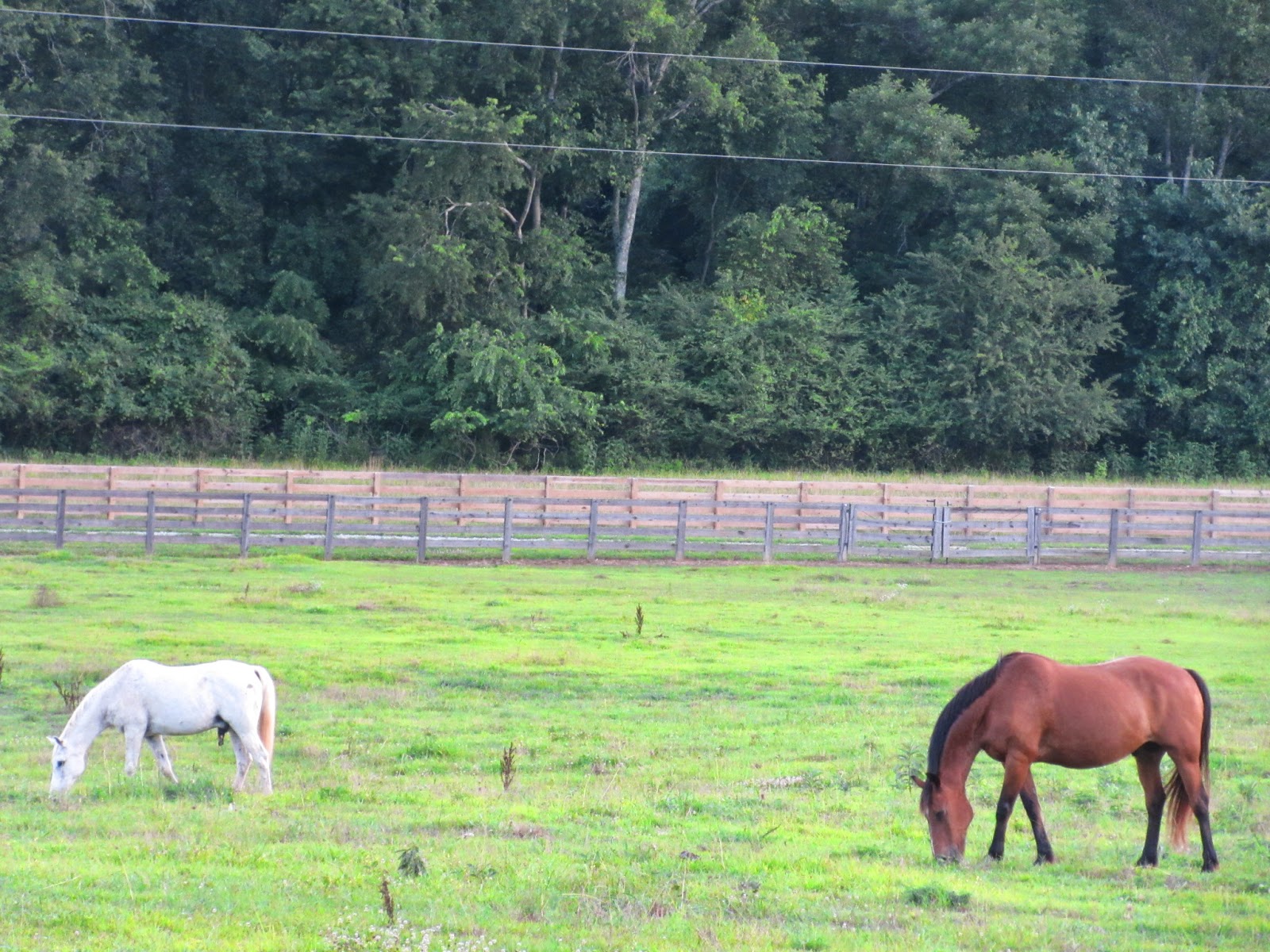 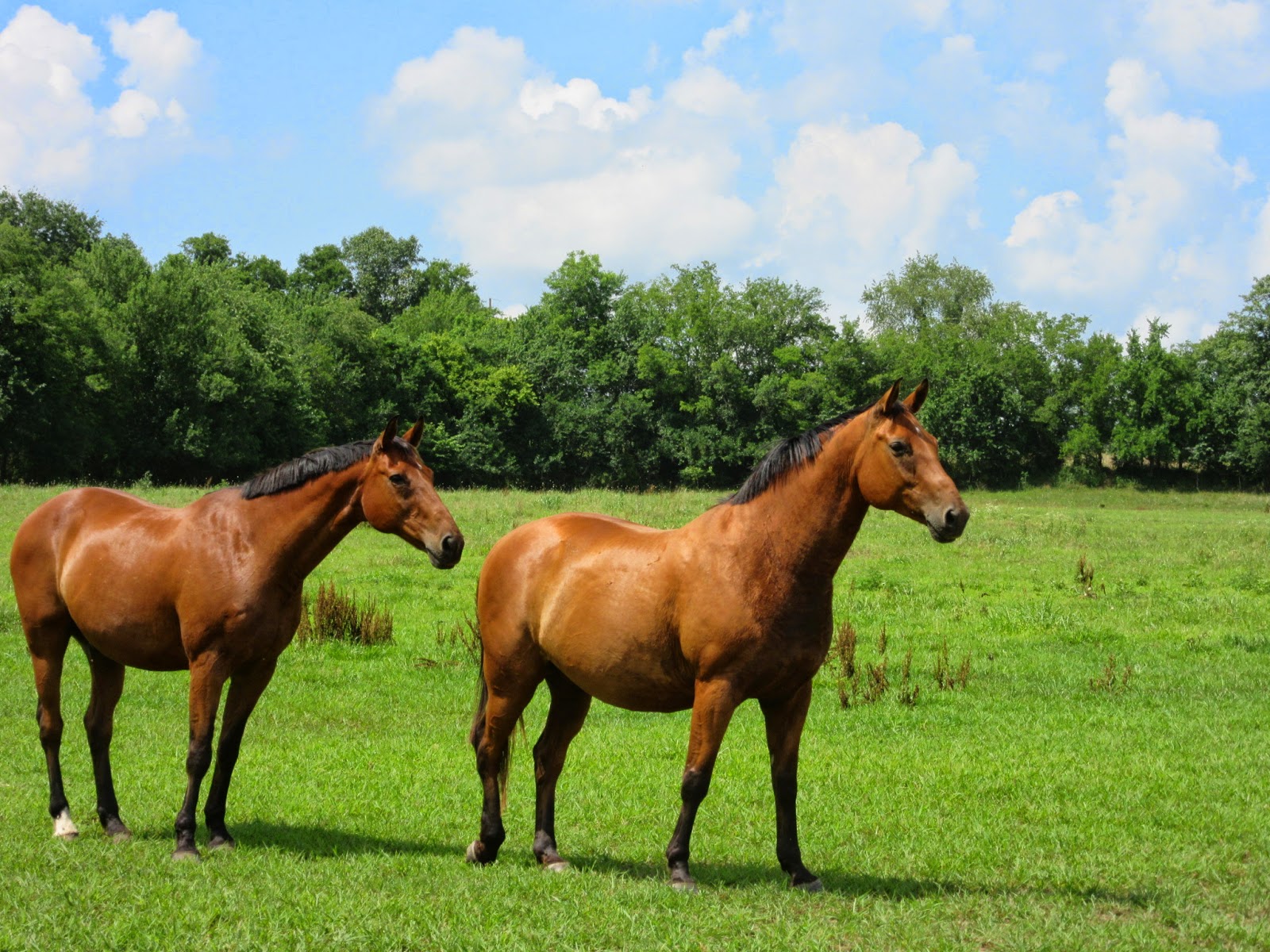 Posted by Melissa-ParadigmFarms at 9:55 PM

We lived for a few years in a high-rise in downtown Memphis, and the fire alarm went off ALL. THE. TIME. At first we were good little residents, and we'd grab the dog and our laptops and put on shoes and shuffle down 6 flights of stairs to stand in the street. But that got old, what with the fire alarm going off every, oh, three to five days at random times. Eventually we decided we'd just as soon burn to death than put pants on, and we quit even getting out of bed - we'd just wrap pillows around our heads and moan piteously as the voice chanted "Attention! Attention! A fire has been reported. Please make your way to the nearest emergency exit. Attention! Attention!"