It has been 21 years since Sparky the donkey joined our family so I feel like I know him pretty well at this point. Sparky has fairly simple wants and goals in life. He wants his daily treats each morning. He wants his blanket on him if there is even a hint of cold in the air. I've never met an equid that genuinely enjoys wearing a blanket like Sparky. Sparky loves a good butt scratch, and will turn his rump to you and start backing up when he wants a butt scratch. People who don't know him think he's getting ready to kick, but he's just putting himself in position to make it easy for you to give him a butt scratch. Finally, Sparky wants to have friends. He doesn't want friends that obsess over him, cling to him, and try to run his life. He just wants regular friendship.

Sparky struggles a lot with meeting that last life goal. It almost never works out for him. He's been obsessed over, clung to, and followed around by mares and geldings alike. No matter what pasture he is in, no matter what group he lives with, the highest honor is always getting to be Sparky's special friend. Sparky's special friend always has to follow him around, try to run his life and try to keep him from having other friends.

When you are as cute and sweet as Sparky, I guess it is inevitable that you will attract more attention than desired. Sparky currently has Sabrina and Bonnie obsessing over him and running his life, and Sabrina is the definition of the clingy girlfriend. She dutifully follows Sparky's every step and continually attempts to give him unsolicited advice on how to run his life. As he has done with every other equine that has been obsessed with him, Sparky largely ignores her and goes on with life. At this point he has a minimum of 21 years of practice at ignoring unsolicited life advice. Hopefully he has many more.

Sparky sandwiched between Bonnie and Sabrina, the two horses currently obsessed with micromanaging his life 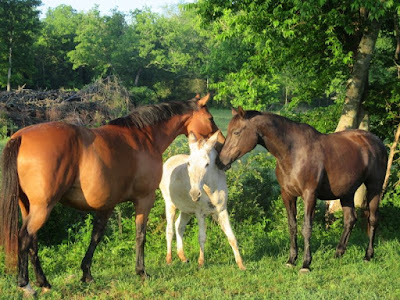 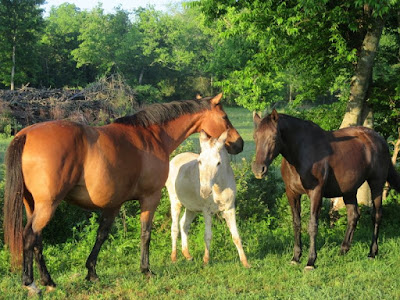 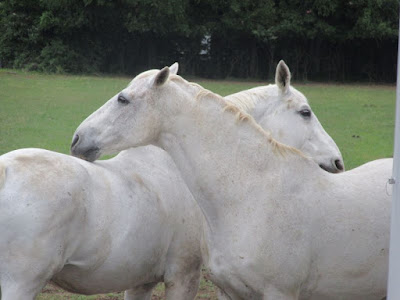 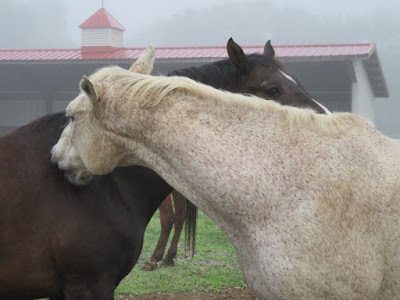 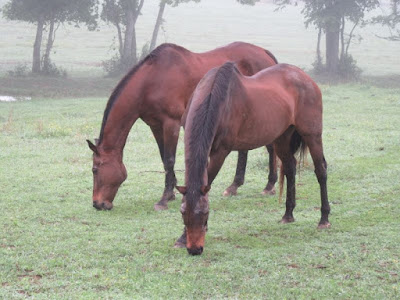 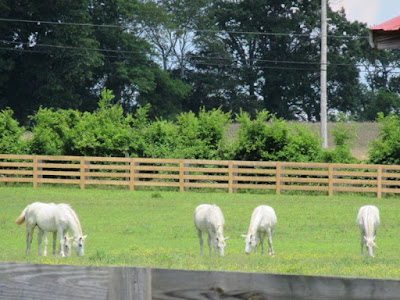 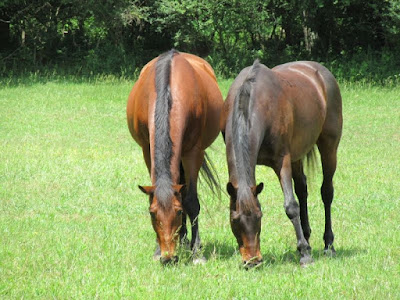 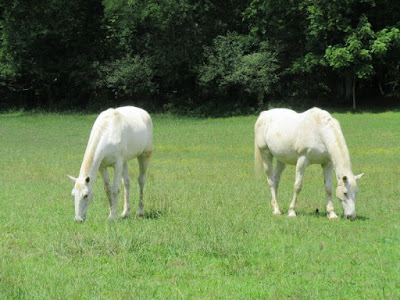 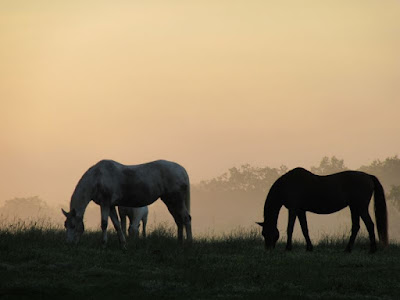 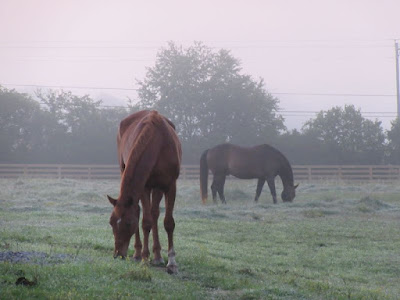 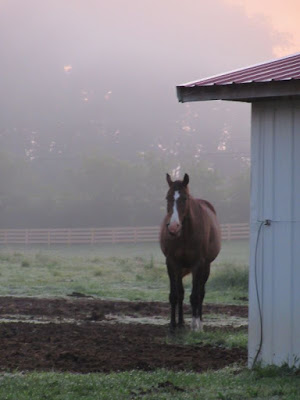 the World's Cutest Fainting Goats were ready to start their day; Jo, Miss Lyle and Mina 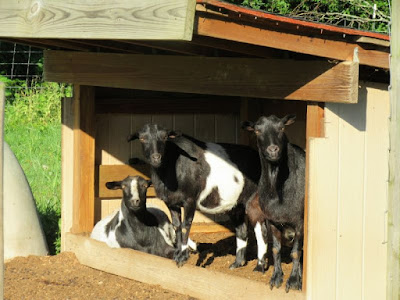 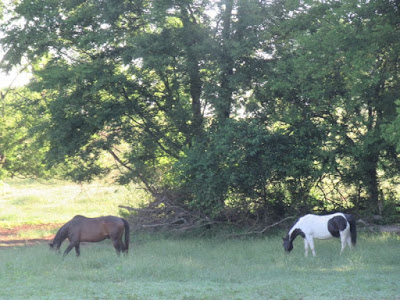 Apollo and Thomas heading in for breakfast, escorted by Ewen 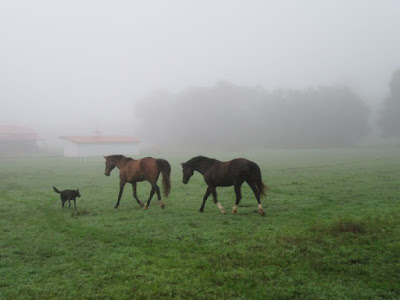 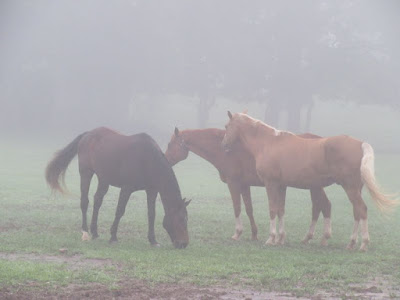 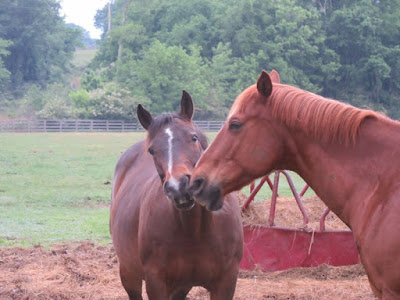 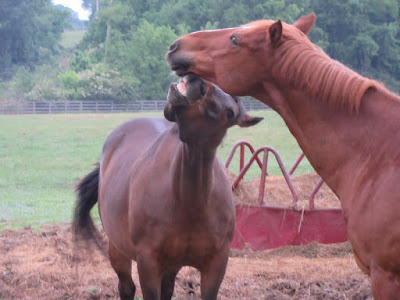 Posted by Melissa-ParadigmFarms at 8:03 PM

Email ThisBlogThis!Share to TwitterShare to FacebookShare to Pinterest
Labels: donkey

I sometimes hop to you from Lori at Skoog Farm, and marvel at all your lovely old gals and guys, And now Sparky, what a treasure. But Oscar is the one delight for me, as cats are my treasures, and specially strays, and I feel quite guilt as I admit that Max the huge ginger boy is my favourite, he has been coming and going for several years now, since December 2013, in fact. Still jittery, I am so sure he had been abused before he arrived here. But now I can pat him, stroke his thick fur, and sit on the settee next to him, although that has been ONLY twice!!! We rejoice if he has been in overnight for a sleep. And worry if he doesn't show for a whole day!!! I love your stories and all your animals.