Today was a day full of farm romance and marriage building exercises. I finally identified the source of our leak thanks to the pooling water with the bubbles in it. We've had so much rain this week the puddle alone wouldn't have been enough to identify a leak. Whenever it comes to farm management issues that do not directly relate to horse care my opinions are usually discounted around here. In discussing where our potential leak was with Jason and my dad last week I said that I was pretty certain the leak would be at either X or Y location. They both essentially patted me on the head and told me I didn't know what I was talking about. As it so turns out the leak was located at "X." Darn, I hate it when I'm right!

Now Jason, that is not a happy look! I thought your gender really liked playing in the mud?? 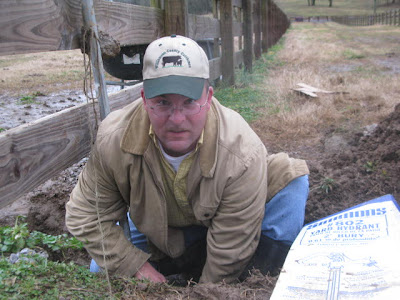 To repair our leak we had to dig up one of the hydrants. We thought the problem was going to be the hydrant itself, although once we dug down it actually turned out to be the connection to the water line. The actual digging was not that bad. We've had inches of rain this week so the ground is more than saturated, plus the leak on top of that. However shovel after shovel of sopping wet mud gets very heavy very quickly. Jason had the pleasure of handling that job.
Muddy hands, muddy clothes, muddy everything by the end of this job! 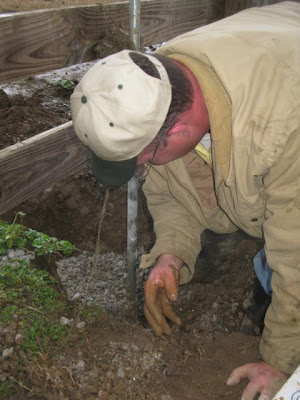 However the absolute best part wasn't that we were out there slogging around in the mud and on the saturated ground, it was also raining part of the time while we were working. Seriously, this day was the epitome of everything that people do not think about when they dream of having their horses at home! I mentioned in a recent post that people really romanticize farm life sometimes. There is a wonderful side to it but then there is also this side! I often refer to these types of farm jobs as marriage building exercises. I only took a couple of pictures after we went back this afternoon to check everything after it had had a few hours to set up, it was too wet to have my camera with me when we were really doing the dirty work. Yes Jason, I know that is a bad choice of metaphors.

Lucky watched with a lot of interest as we crawled around on our hands and knees in the mud. I'm sure he wondered what the whacky humans were doing! 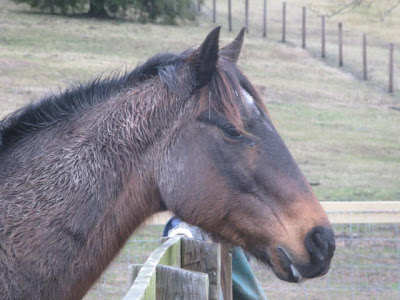 After a couple of hours of digging in, crawling in, and working in the mud we finally had our repairs done. We were so disgusting when we were finished we actually took our clothes off outside before going in the house - good thing we don't have neighbors! Here's hoping that we have repaired this leak, I know neither of us care to do this again in the near future!
Jason, turn a frown upside down and smile 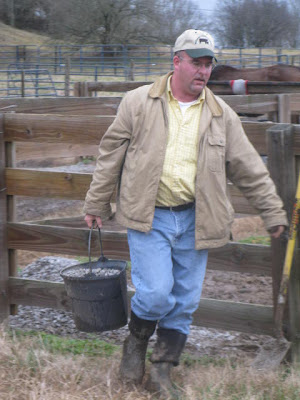 Please let this repair be the only one that is needed! 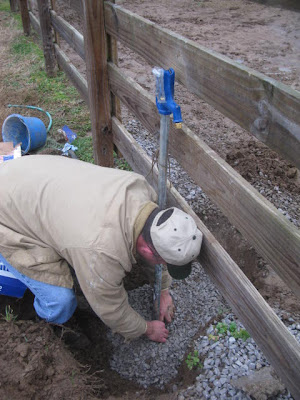 I took this video of Cuff Links and Baby playing over the fence a few days ago. At about 14 seconds that is where they do more than just have a stare-off.


Ivan and Apollo grazing in front of the pond 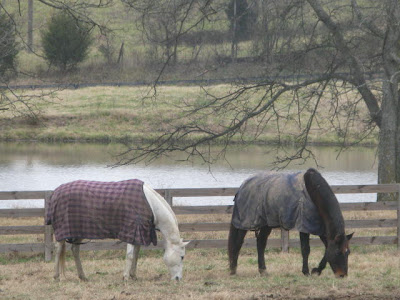 Grab the camera - a shed is in use!! Harmony and Cuff Links 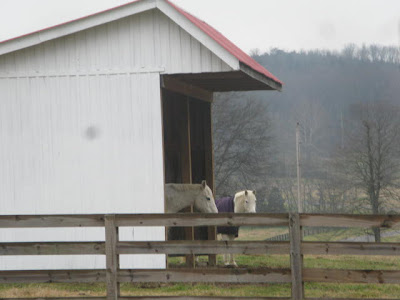 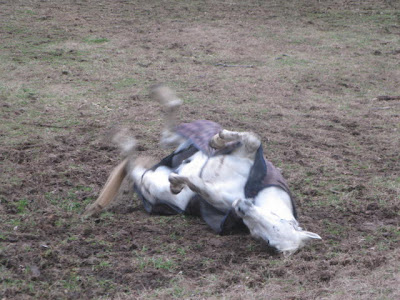 Elfin, Trigger and Leo at the buffet 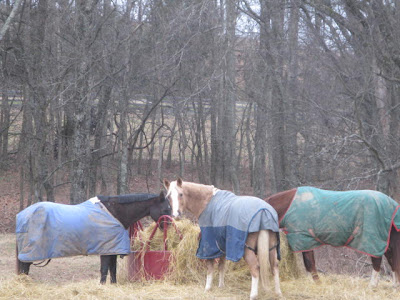 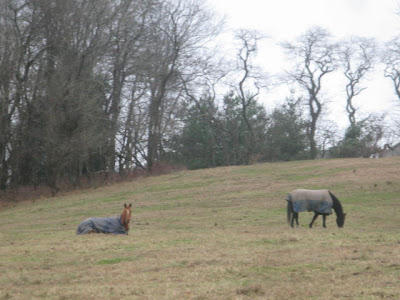 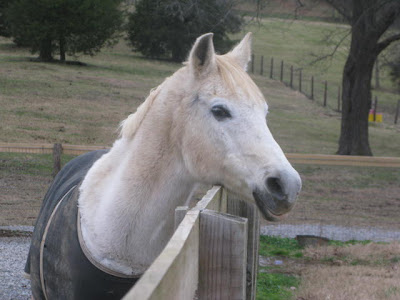 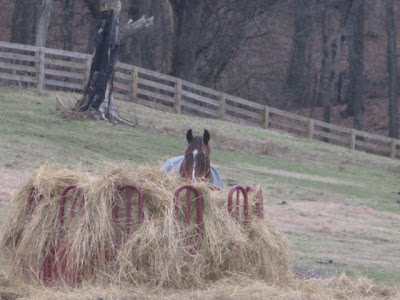 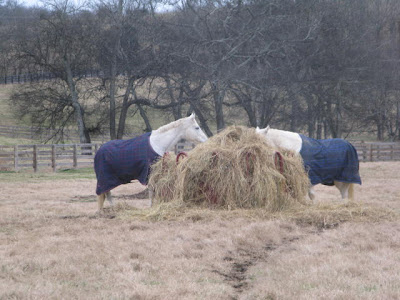 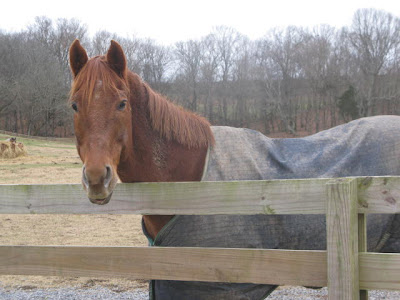 Traveller engaging in his favorite activity, cribbing (or attempting to - he wears a collar) on the fence. Apparently he has been a devoted cribber his entire life and his front teeth are worn down to the gums from a lifetime of cribbing. 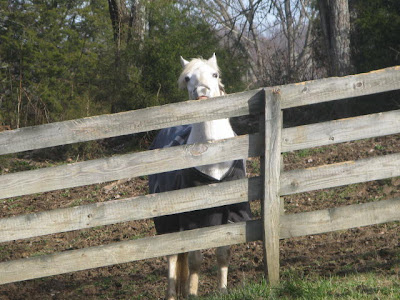 Posted by Melissa-ParadigmFarms at 9:19 PM

Email ThisBlogThis!Share to TwitterShare to FacebookShare to Pinterest
Labels: farm maintenance, jason, video, What is it really like?

Love the video clip of Cuffy and Baby. :)

Yes we have had so much rain this weekend, the farm is a big sloppy mess.

Im happy to report that Hoffy's fungus is almost completely better. Do you ever have to deal with that stuff?

Ugh - farm chores like that are the worst - please give my condolences to Jason. Liked the video - Cuffie's got that under-jaw nipping thing down!

I feel for you. My car was leaking fluid that I said was transmission and my dad and brother told me nothing was wrong I was just seeing things. I take the car in and sure enough I had a leak. Men just want to pat us on the head and say there there. lol
P.S. Love your stories.

Wow, with all these farm issues you must have the strongest marriage on the planet! (a type-o almost made that "strangest marriage", lol)

You're so lucky - romance, marriage building, and spa-style mud baths! It's like you're on vacation ;) [kidding!]

Strangest may not be incorrect, RB ! LOL !!