I know spring is in the air when the first fly makes an appearance in my vehicle. Jason and I trade back and forth with vehicles as some days one or the other of us needs the truck so the other one drives the car. Jason and I have very different philosophies on how we handle our vehicles. I like to keep mine clean. Jason likes to use his as a rolling trash can (I think I've mentioned before that I have neat freak tendencies and Jason . . . does not . . . to put it kindly). For example when I went to open the passenger door of the car earlier today two empty Sprite bottles fell out as soon as I opened it. I am sure you could hear my irritated sigh across all of Tennessee as I chased the bottles while they blew across the driveway.


I also can't stand it when there is a fly in my car. Jason likes to leave the windows down when he parks the car, basically begging every fly within 10 miles to set up shop. I was sitting in the drive-through at the bank on Friday. Of course the one fly in the car kept buzzing around me. If they would just leave me alone I could deal with it but noooooo, they always have to try and land on me. Since the window was already down in order for me to send my paperwork thru the chute I tried to gently guide the fly out the window. How is it that I always manage to get them right to the window and then they veer off course and come right back at me?


I picked up an envelope (the post office was my next stop) and tried swatting the fly out. The stupid thing continued to evade me. So I start swatting and swishing at the fly with my envelope like a mad woman while the stupid fly went everywhere except out the window. Then I heard laughing through the intercom and I realized the teller had already sent my deposit slip back (I was too pre-occupied to notice) and was having a laugh at my expense while watching me do battle with the fly. I'm sure I looked like some kind of lunatic. Of course the whole time I was having an internal dialogue that went something along the lines of "if Jason would just put the frigging window up when he parks the car I would be doing this right now."


Surely I am not the only person who battles flies in their vehicle?

Miracle staring at the Don while he was crowing. I'm pretty sure she was saying something along the lines of "SHUT UP!" 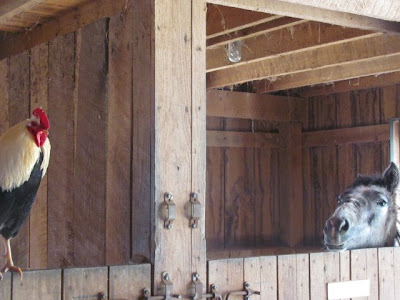 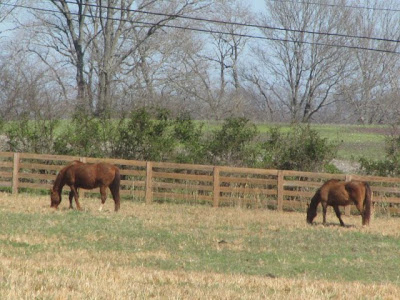 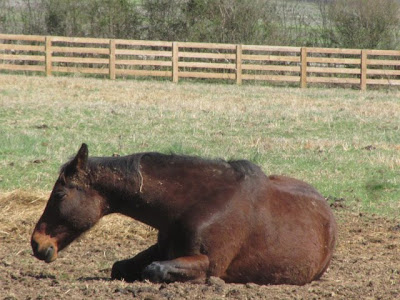 . . . as were Levendi, Ivan and Thomas. Elfin is standing watch. 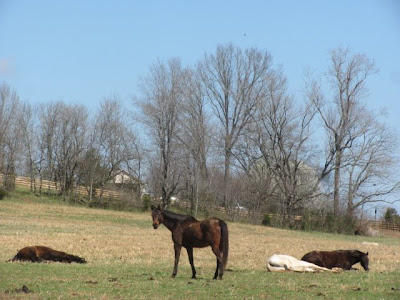 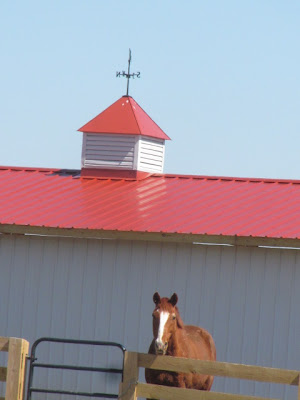 something had Homer's attention 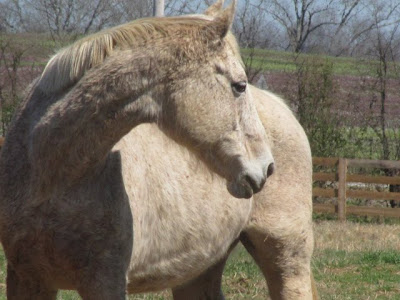 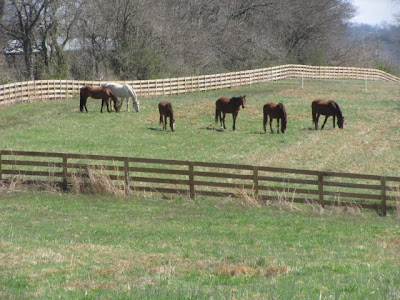 Tiny and Rampal were watching me . . . 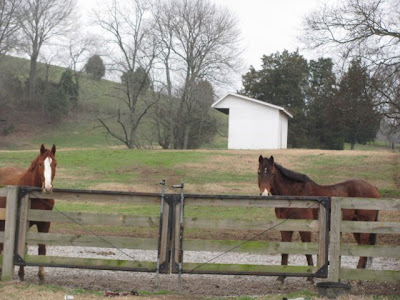 . . . but apparently I was boring so they started to play 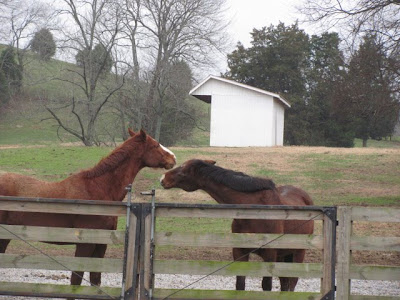 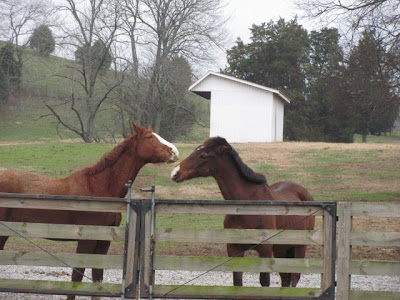 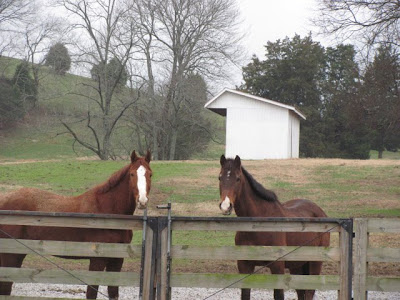 Rampal got bored with everything and yawned 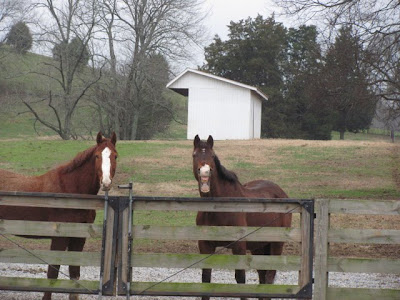 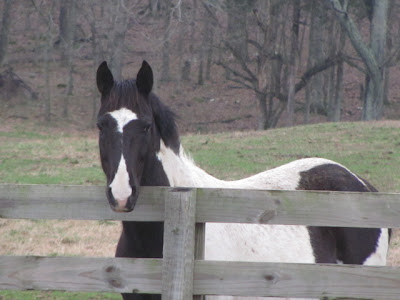 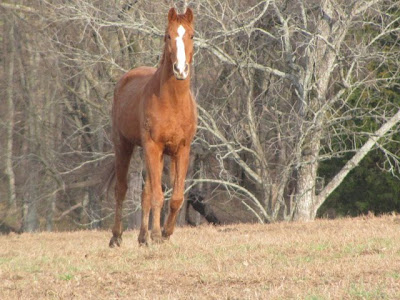 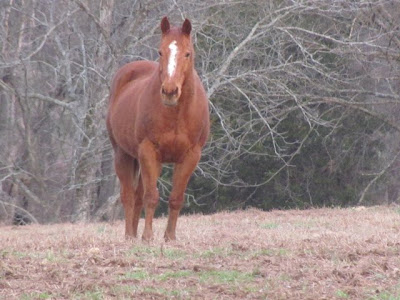 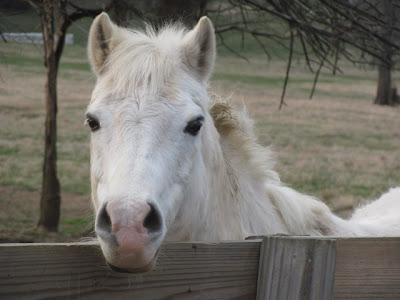 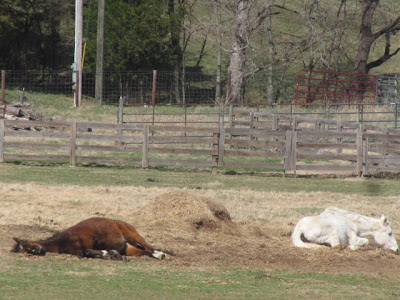 Posted by Melissa-ParadigmFarms at 9:21 PM

One of my clients is a dog breeder, with a 96 acre farm in Seymour, TN. And sure enough, the flies are already back there too, blowing us from the barn down the hill from the kennel.

I (don't really) look forward to our fights this summer...

Oh Melissa.....this post was SO funny! Flies drive me MAD! Today I was in a store shopping and went to the ladies room....wouldn't u know.....a single fly was in my stall flying around me....just irritating the living daylights out of me! Btw my hubby's is the same way when it comes to vehicles.....could care less! :) You're not the only one! We have much in common.......we got 150 gallon of maple syrup this year......u know how long to cook that down.....and how many cigars it took!?

I'm with Jason all the way. If you leave the windows up the truck gets too hot! And the passenger seat is the perfect place to store empty bottles. ;)

We've got flies and mosquitos around here already. They're still moving slow, but they're here.

Super cute picture of Miracle and the rooster. She is adorable :)

I'm no neatnik but I have a trash bag in my car which hangs off the back of the front seat. Horse treats and helmet, gloves, and half chaps live permanently in the back. I have a lot of sand in my car, living in Florida and transporting myself to and from the barn. About the only mess in my car, however, is streaks of sunscreen on the driver's side door as I apply it by the bucketfull before I ride. Pete, however, is disgusting with coffee and soda spills all over the place as well as numerous bottles, gum, and candy wrappers rolling everywhere. And that is in the cab of the truck, don't even mention the bed! I got a big laugh about the fly- been there, done that! We have "lovebugs" in Florida which attach themselves everywhere in pairs and take the finish off your car. They will be coming soon...Love the pic of Miracle and the Don!