Today was a de-worming day.  I've posted in the past our approach to worming.  We mix it in with their soaked feed in their feedbags then serve a delicious meal of grain and de-wormer.  Today the success rate for happily consumed paste wormer was 100%.  Usually there are 1 or 2 horses, and not necessarily the same ones, that just know there is something in the food they don't want.  Sometimes I wait them out which is something you can do with feedbags.  Other times I just deliver the goods the old fashioned way but shoving the tube in their mouth.  Today felt like Christmas in August at the farm as everyone downed their extra special breakfast.

There were a few who clearly smelled the de-wormer paste in their food.  They immediately did the dramatic sniffing which is always immediately followed by spitting out the first bite, which is promptly followed with walking around trying to get away from the food.  I always have a good inner evil laugh at the last bit of the routine as they try to escape their food by walking away.  Hahahaha, you can walk all you want but the feedbag goes with you!!   None of them kept it up more than a minute or two before they just gave in and ate.  Most of them, like always, never even realized there was anything different about their food.  Success!

I like this approach so much better than having my hands, my hair and my face covered in horse slobber and paste wormer.  Plus I know that they all of it went in the horse and none of it was spit out.  It also eliminates having to deal with any runners.  I've mentioned the runners before.  They are the ones that take off once they realize there is something going on, such as vaccinations or de-worming, that they don't want to participate in.  Chasing down the runners is a sure way to wipe the smiles off of our faces.

I will take a 100% success rate any time so I was quite happy today.

I always order a lot of tubes as we have a lot of big horses.  Most of them get about a tube and a half, a couple of the really big 18 handers get 2 full tubes. 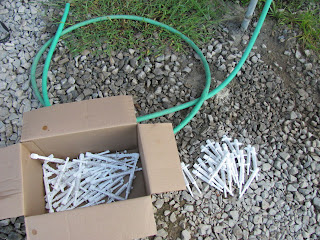 I posted this picture on the farm's facebook page.  My mom always used to make smiley faces on our pancakes with syrup when I was a kid.  I like to carry on the tradition with the horses.  I think the smiley face of Ivermectin is quite charming and should make any horse smile. 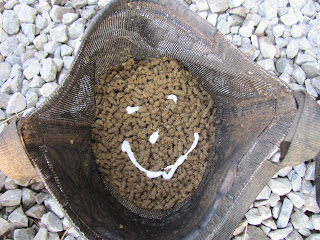 Lighty and Johnny never realized there was anything different about breakfast this morning. 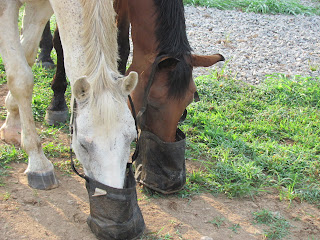 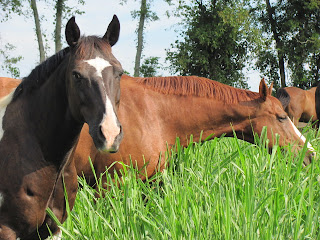 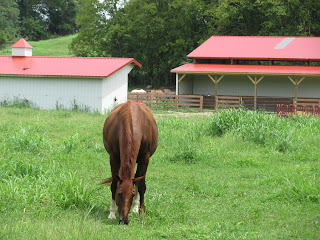 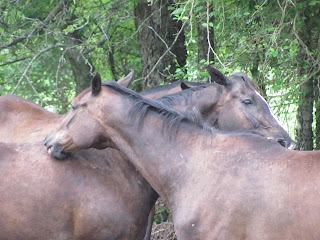 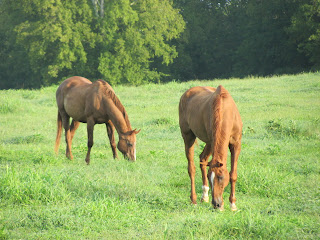 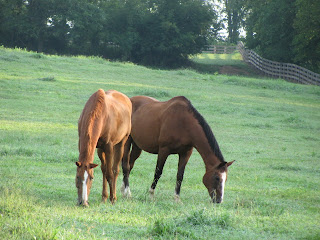 Asterik and Silver on the run 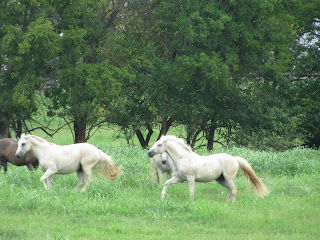 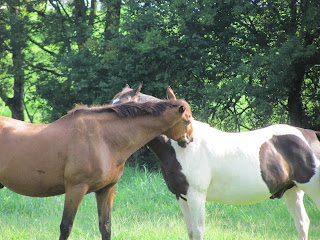 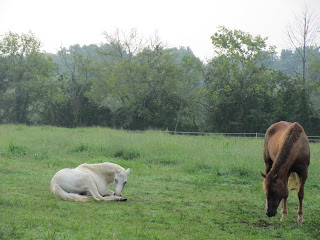 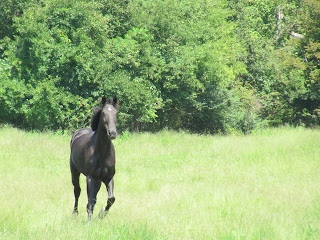 Posted by Melissa-ParadigmFarms at 7:41 PM

Please send some rain to eastern South Dakota. I only have 2 horses and the roommates have 22 lambs this yr and we had to pull everything off pasture a month ago already and no hope of putting anything back out this yr. Thank goodness we have an ample supply of hay till spring but feeding hay at the end of July sucked butt that's for sure.

I've used the paste in food method for a horse that was quite horrid about deworming. Put medicine or whatever in his food, no problem-o.

My guy is particular about his food, but seldom spits dewormer. Provided he's not in the middle of clover drool, in fact, the only time he has spit wormer was about 10 minutes after admin. He never even opens his mouth after. =) Very tidy horse to deworm =D