A Day in the Life

As I drove up to the new farm this morning, eight does of varying sizes were grazing on the laneway side of the fence across from the horses. Everybody was with their own kind and everybody had their heads down, busy grazing. And everybody had their tails facing toward the errant human. I wonder if there is hidden meaning in that somewhere ? If only I'd had my camera....(I know, Melissa, I know.)

In terms of what goes on, our morning routine at the new farm is much the same as it was, but it's interesting to note that the big boys react slightly differently to things at the new place.


The first obvious difference is that the entire group has become more docile, not only at feeding time, but most of the time. As long as they are enclosed within their pasture (I call it their "happy" place), I think you could literally set fireworks off under their tails and not provoke a response beyond mild amusement.

Often when they were on the "back 40" at the old farm, it was difficult to get their attention focused away from grazing and on coming to the gate to get fed. That is not at all the case at the new farm. It doesn't seem to matter what time we arrive because the entire group is patiently waiting, either munching hay in the feeders or quietly grazing along the fence. They literally watch my progress as I unlock gates and move up the driveway toward the barn. It is a joy and a treat to feed horses that you don't have to go catch first ! It's also kind of nice to be the man of the hour ! :)

When the morning meal is done everybody gets a drink of water and ambles off to various spots in the pasture to start their morning grazing session. If I am working in the barn, about 11 I notice that they begin to gather along the fence and in their shelter to watch what I'm doing. They are particularly infatuated with the sound of the nail gun and Elfin, Hoffy, Ivan, Apollo, Grand, Tony and Baby will watch me for hours if I'm nailing things. Usually the excitement of watching me work lasts through the noon hour and as I break for a late lunch the group moves back out for another grazing and exercise session.


About an hour before sundown, the group moves back toward the barn of their own volition for a drink and their afternoon meal. When this is done and everyone has had an afternoon pat from me they move off into the trees where they pass their evening eating, playing and grooming with one another.


My only question is where do I sign up ??
Noble and Lightening were playing 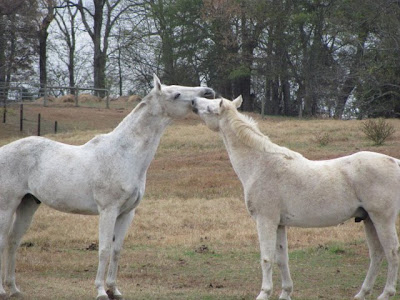 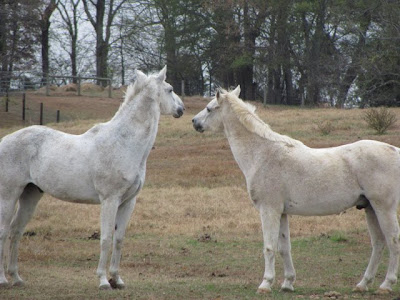 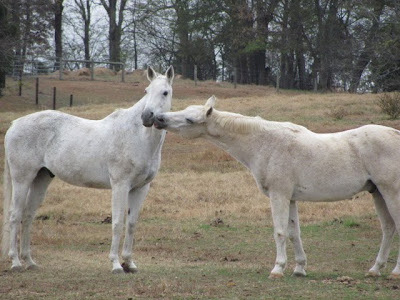 Then they would take a time out and hang out 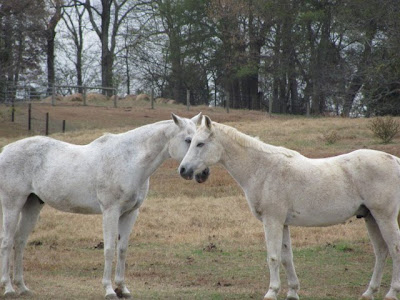 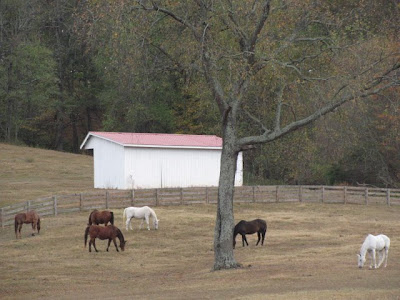 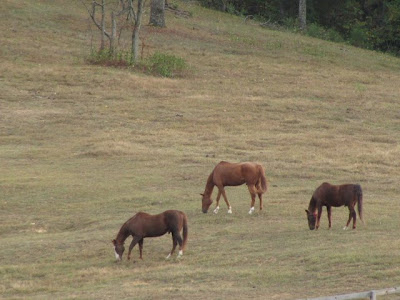 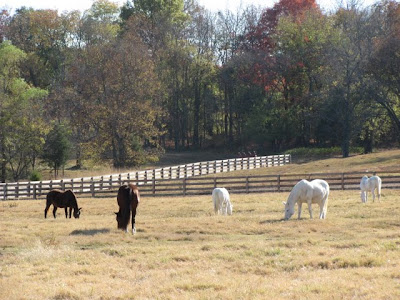 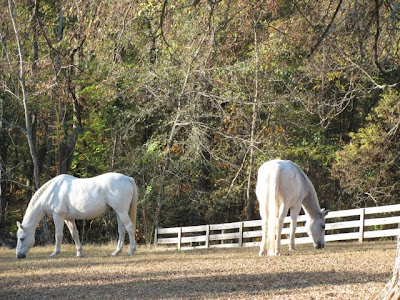 Part of the Big Boys' afternoon routine is hanging out in the woods; Tony and Baby showing us how it is done. 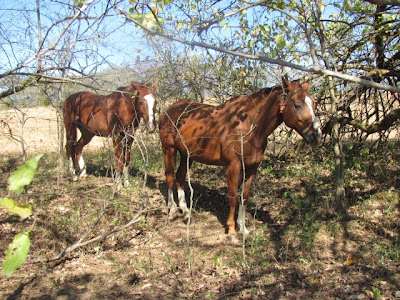 Chance and Apollo enjoying a time out in the woods 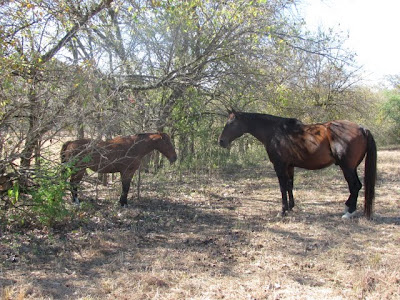 Leo and Levendi taking their afternoon siesta in the woods 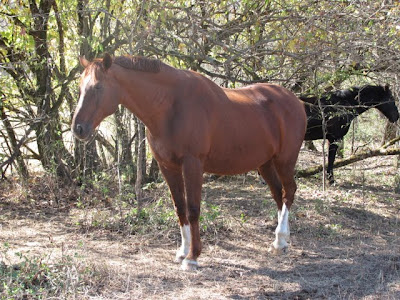 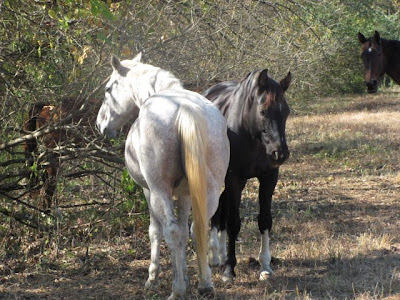 Hemi and Grand munching on some hay 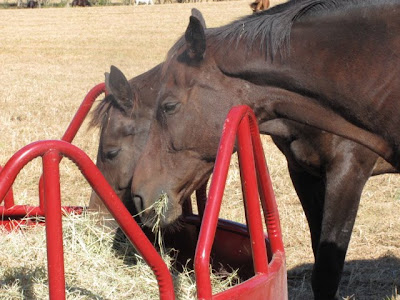 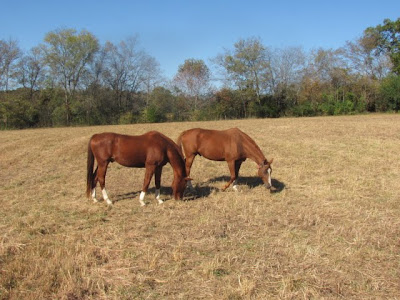 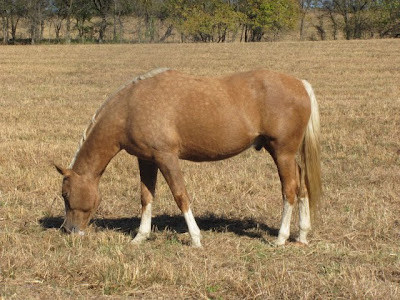 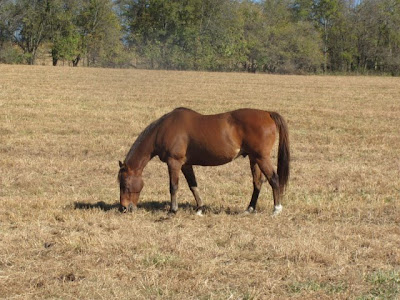 Posted by Melissa-ParadigmFarms at 6:51 PM

I find it interesting that Apollo is enjoying the nailing gun. This speaks to the calming and restful consequences of retirement! Several plus years ago before he was retired, I remember a very panicked giant horse pacing his stall and calling out to me (and you know Apollo isn't much of a talker) because someone at the farm next door (and we are talking 5-7 acre farms, not like yours!) was nailing the roof on an outbuilding with a nailing gun. He sure didn't like it that day!

I was using the nail gun today and he and Ivan used the fence to rest their heads and watch me literally ALL day !