Since Jason doesn't have enough construction projects going on he spent several hours this weekend doing some renovations to the "goat condo." Most of the year the goat condo is referred to as their open air cabana as it is just a roof and a floor with no sides. This lets them nap off the ground (they hate to get wet and are not fond of the morning dew) but also have some shade while still catching the breeze.

We've been having a spectacular run of fall weather with average temperatures of about 75 during the day. We've had a few ugly days in the 50's but they have been sporadic. However at some point cooler weather will be here to stay so Jason put the sides back on the goat condo. While he was at it he also re-shingled their roof. Nothing but the best for our goats.

Of course none of this really matters. The World's Cutest Fainting Goats sleep in a stall at night and 99% of the time the gate to their paddock is open so they can come in the barn whenever they want to. They tend to want to come in the barn a lot and they leave a path of destruction in their wake. However I guess there is that 1% of the time when the gate isn't open or they aren't in a stall so now they have complete protection from the elements at all times.

I hope everyone had a great weekend!

Mina watching Jason work on the renovations. She's trying to decide if she was ok with everything, especially the noise. "Should I faint or am I ok with this?" 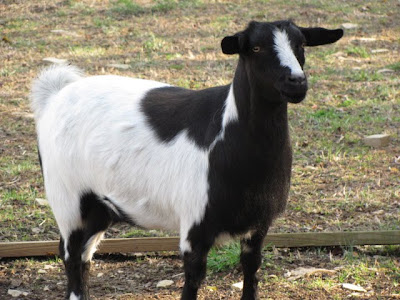 Jason was measuring, using the pry bar and nailing with his nail gun 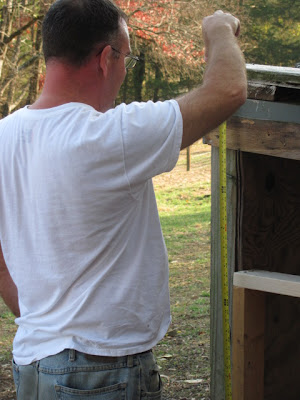 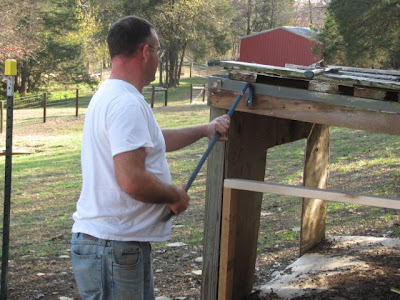 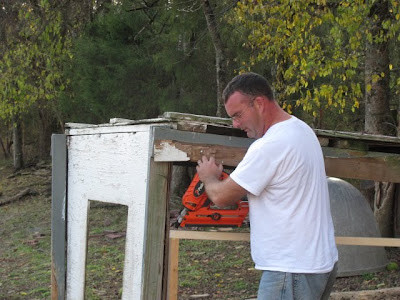 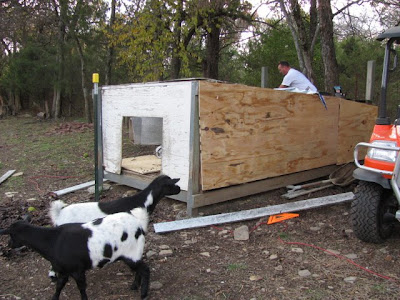 Billy and Bubba were also watching the renovations 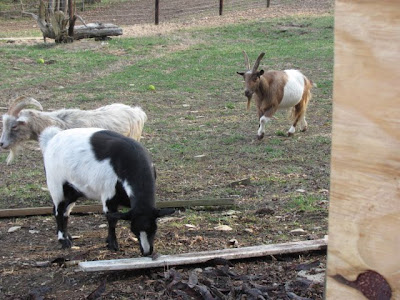 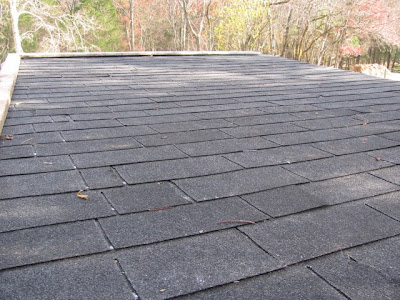 The only thing left is a quick paint job; as usual my suggestion was received with minimal enthusiasm from Jason. I pointed out that we couldn't ask the goats to spend time in a home that was half painted and half unpainted. 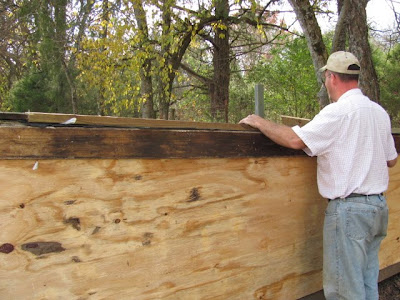 Mina and Jo can always find something to get into in the barn. Some days it looks like a tornado has been through the barn. Mina is determined to find something in the feed scoop while Jo does her best to get in an empty bag of feed.


Norman and Traveller are both such cute ponies. I wish the focus was sharper but my camera is temperamental when it comes to taking videos.

A variety of things were going on when I took this picture. Spike was napping, Noble was rolling, O'Reilly, Lightening and Lucky were eating hay and Snappy and Teddy were just hanging out. 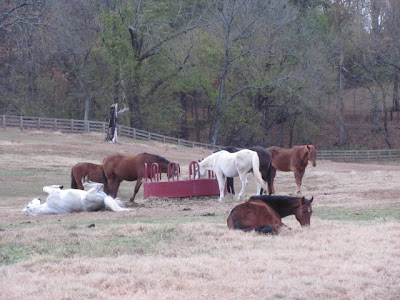 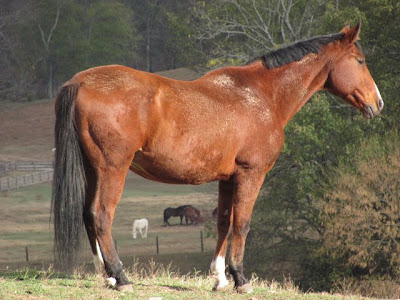 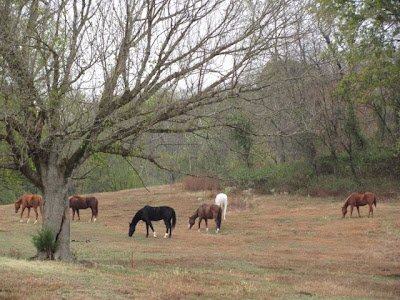 apparently Cloudy and Olivia have a new friend; this cat has been spotted around the barn a few times 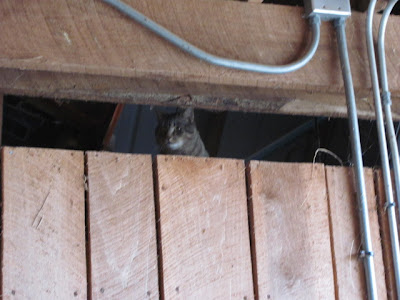 Too bad I couldn't get this picture from a better angle. Faune hanging out, Winston napping, Romeo hanging out back by the fence, Chimano looking at me and Gus rolling. 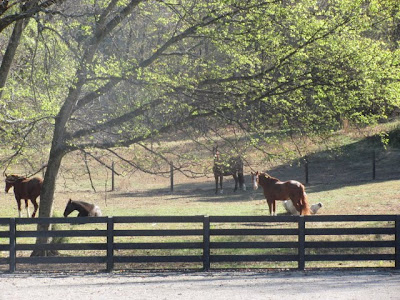 O'Reilly and Teddy grazing as the sun was coming up; that is Snappy mostly hidden by Teddy 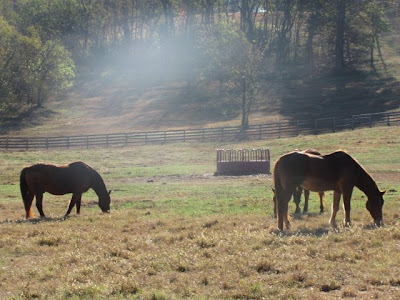 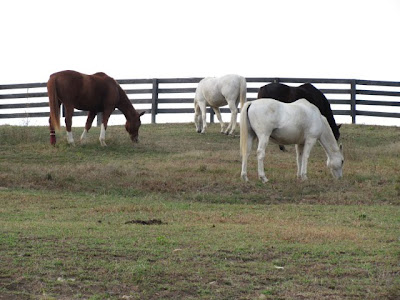 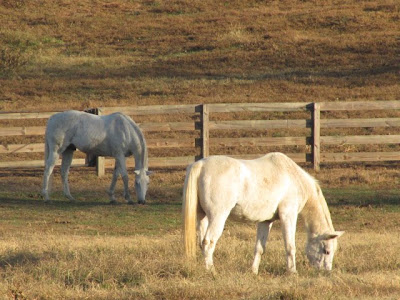 Tony was staring hard at something 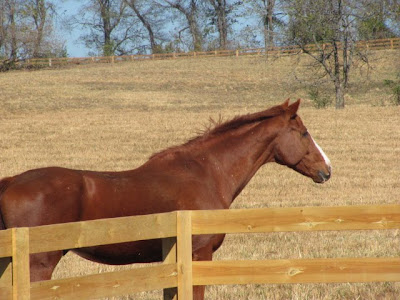 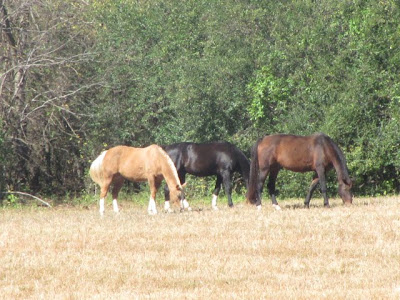 Elfin and Hemi were playing 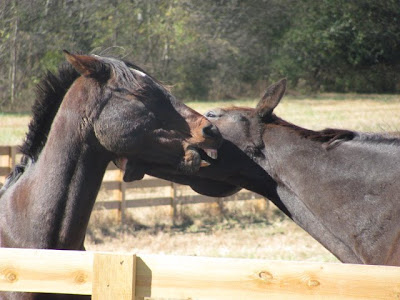 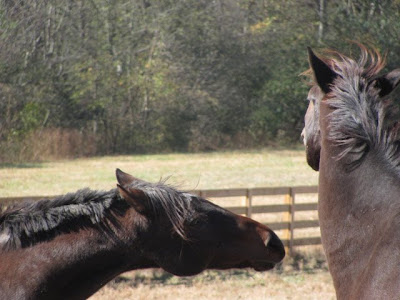 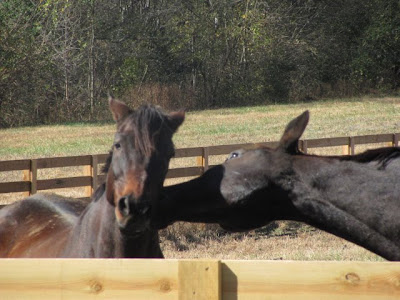 Posted by Melissa-ParadigmFarms at 7:18 PM

Norm!!! Thanks! (the others were very cute too!)

NICE Goatominium! We need a Jason up here to build us our own Goat Palace so we don't have to share with the horses. I also like to put my head into feed bags. I like to lick the insides!

Melissa, maybe Santa will put one of those flip camcorders (e.g., a review) in your stocking this year. Apparently they are amazing - small, easy to use and super easy to work with after too. I've been wanting one for eons :)

Great photos! really put you there in the action. ;)

Oh crap, meant to comment on this on Monday but then I opened another window and forgot about it...

The goat condo looks amazing! I'm very glad to hear you're keeping Jason busy, idle hands and all that. ;) I agree he should paint it.