If one is observant this was the week that brought about the first marked changes as our seasons progress from late summer toward early fall. Fall is a long, protracted season at this latitude. We'll experience elements of fall including colourful leaves and pleasant weather from now through Christmas. But the first of them began this week and I like to mark their passing each and every year. In this part of the world nut trees, particularly black walnut, are plentiful and they are the first harbinger species. This week the nuts moved a step closer to maturity as the leaves begin to rapidly turn yellow and fall. As an aside, even after eight years in this area it's odd to me to see colourful leaves and bares trees months before fall like weather hits in earnest. The staghorn sumac growing along the roadsides is also beginning to show a bit of colour in places and the Bois D'Arc trees that line every fencerow in this part f the world (locally called bodark, commonly known in other places as Osage Orange) are beginning to drop their heavy fruits.

We welcomed the first of the season's cool fronts with open arms and open windows. It arrived on Friday to blow the humidity away and we've enjoyed a truly spectacular weekend with temperatures in the low 80's during the day and mid 50's at night. It's been a real treat to work outside and we're anticipating many weeks of mild, pleasant fall weather. The cooler nights are already beginning to have an effect on the warm season grasses which have begun to senesce. If things progress as they normally do our warm season grasses will be completely dormant by mid to late October. Meanwhile soil temperatures are still way too high for cool season grasses to begin to grow. As I mentioned in my last post I sure am glad we got some heat to trigger the warm season grasses or I would be contemplating feeding hay right now.

I also noticed that some of the "early" horses are beginning to grow out winter hair this week. Most will start in the next couple of weeks and the stragglers will begin to follow as October days begin to quickly shorten.

What are your favourite things about fall ? What 'natural" things do you watch to mark the passing of summer ? 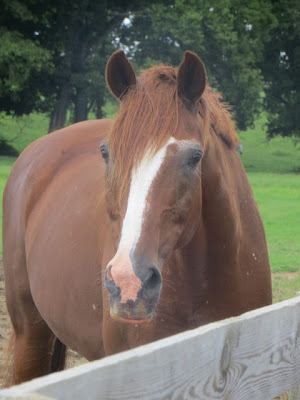 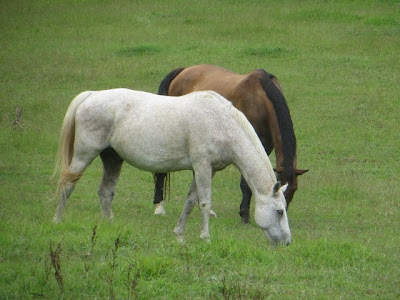 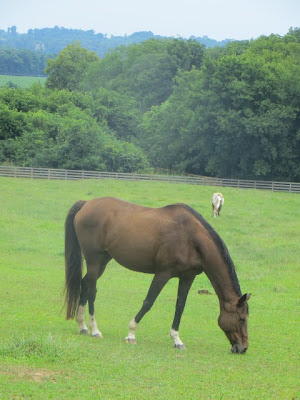 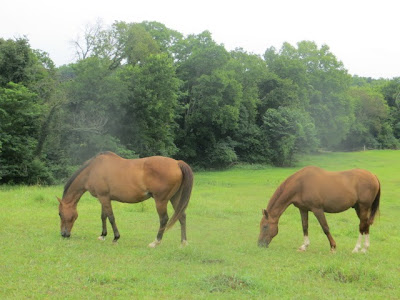 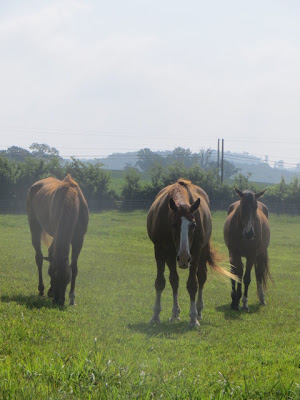 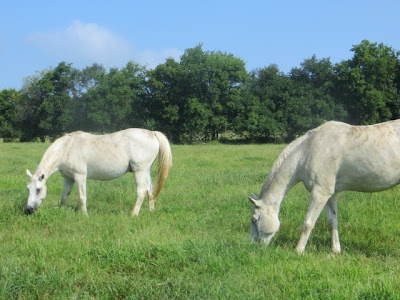 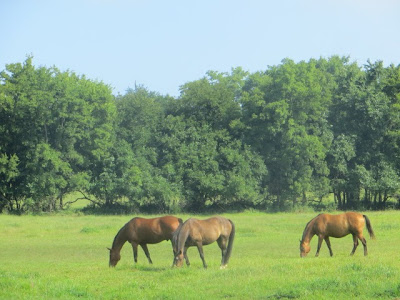 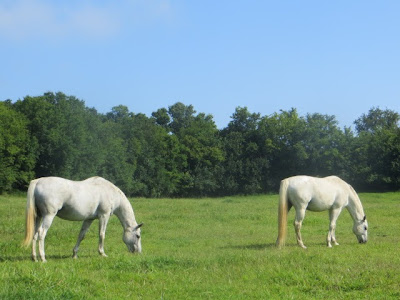 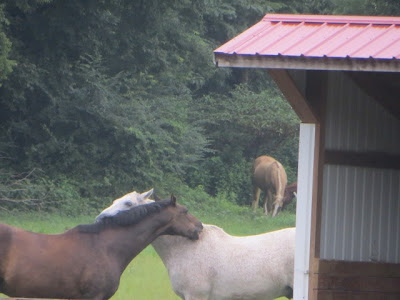 Lofty, B-Rad and Darby hanging out 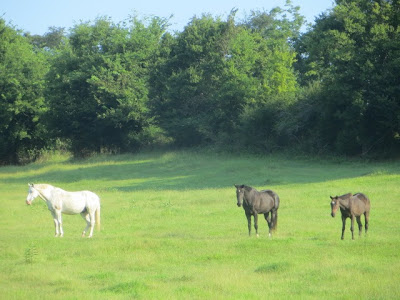 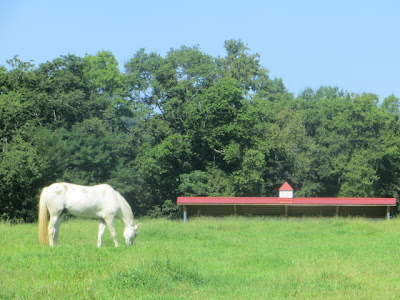 Fall is my favorite season - a time of endings and beginnings. I love the change in the weather and the light, and the birds migrating - we get lots of ducks, Sandhill Cranes and various hawks as well as Cedar Waxwings and lots of warblers.

Love Fall, here in Southern Oregon I notice the fall migratory birds at our feeder change. We get Juncos and White Crowned Sparrows at our feeders and activity at the feeders accelerates as the weather cools. We've seen 25 different species in a single day by the end of October.

i'm amazed that kate said she loves fall best, knowing exactly how her winters are. exactly like these german ones.

i come from a place where the seasons don't really differ from each other. just, a little less rain in july/august. very nice.

i live in a strictly 4 season world now. and i see fall as a blessed end of that awful, horrible heat/humidity i have suffered through since june. but the threat of the upcoming 3 months of solid snow is upon us.

the horse is shedding her puny chestnut coat, i'm curious what will happen with it. the donkey is already set for winter, you know how they are.

germans are complaining every day now, "is there no more summer? was that it?"

i look forward to the end of mowing grass.

I love Fall. But it always sneaks up on me. It seems like it goes from a bright dawn at 530-6 to waking up at 630 in a dark room unsure of the time. So for me, it is having to find the headlamp to do chores before work. And putting up the fly masks, and thinking about the blankets. And getting the hay guy to deliver a big load. Hay in the barn for winter, a wonderful thing.