Jason and I had a pretty mundane day on the farm today. We were doing our usual mid-morning type of stuff, I was scrubbing mash buckets and Jason was getting ready to use the chainsaw. The only problem with his plan was the chainsaw didn't want to start. After several tries, some tinkering, stomping around, etc. Jason decided that his chainsaw needed a little trip to the Stihl dealer.

The truck wasn't available to give the chainsaw a ride so it was going to have to go in the trunk of the car. My comment to Jason was I was not having fuel leak from the chainsaw into the trunk of our car. I went in the barn in search of something to put the chainsaw in for it's trip to the Stihl dealer. I grabbed a box that was mostly empty and was removing the remaining contents when something in the box made a noise and then went to attack me.

I dropped the box and yelled out a surprised "oh my gosh" or something to that effect. Jason was completely unaffected by this and in a totally unconcerned voice said "what's wrong?"  I can assure what he was really thinking, but was smart enough not to say, was "what now?" I told him there was something in the box and it tried to take a swing at me. Jason just rolled his eyes and said nothing while looking in the box to see what had tried to "attack" me. It turned out to be a small frog. I'm kind of embarrassed to admit it but this is not my first encounter with a tiny frog scaring the daylights out of me.

cute little frog hanging out in the box 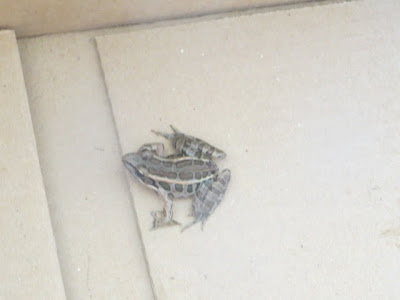 Jason carried the box outside and I scampered along behind him saying "don't be mean about this. Don't scare the poor little frog."  Jason is forever being told how to handle wildlife encounters by me as he is forced to deal with everything from spiders (I'm usually wanting him to be mean to them) to skunks and raccoons and everything in between. When a snake is involved Jason and I just try to outrun each other. Anyway, back to the frog at hand. I'm coaching Jason on how to handle this frog as he marches the box outside. I"m pretty sure most of what I say to Jason falls on deaf ears and this proved to be no exception as he simply turned the box over and dumped the frog out. 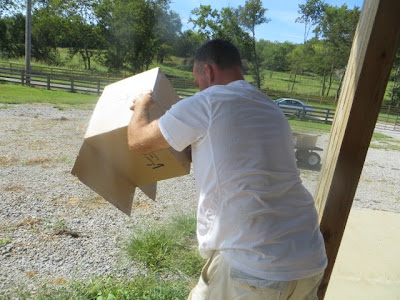 I looked at Jason and said "I can't believe you just did that." Jason's response was "you can't believe I just did what? What did you want me to do?"  That was a good question that I had to think about for a few minutes. Upon reflection I realized I had in mind Jason picking up the frog with his hands, quietly telling the frog how cute he was, gently carrying the frog outside, softly placing him on the ground, and then inviting the frog to come back and see us sometime. I did not envision just dumping the frog out of the box.  How rude, whatever happened to southern hospitality? My take home message from this is I need to be more specific in my instructions to Jason in the future. I am sure Jason is thrilled to read that.

Thinking about the frog today make me remember the time I had Jason running around the barn catching newborn chicks a few years ago. Ahhhh, memories:


Jason with a couple of the new chicks he had to help round up a few years ago: 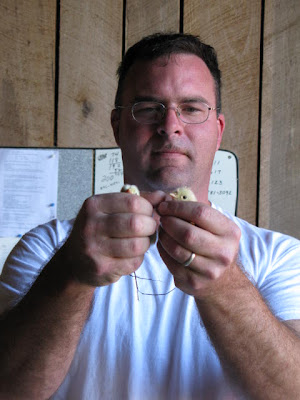 the turtle Jason carried back to the creek a few weeks ago after it wandered into the barn: 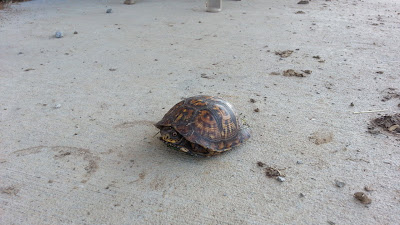 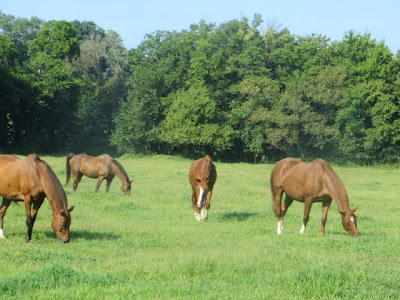 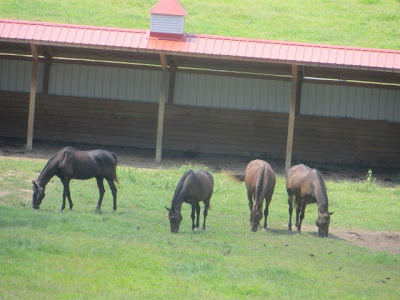 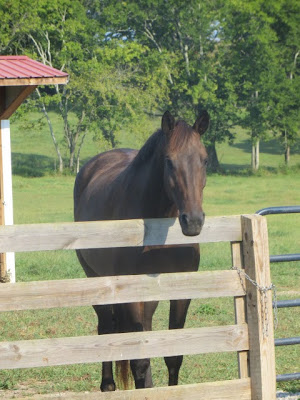 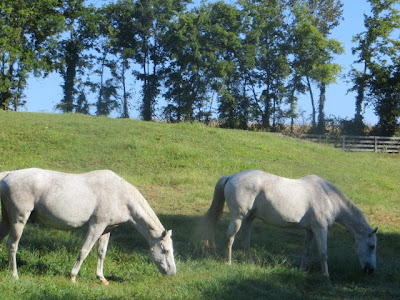 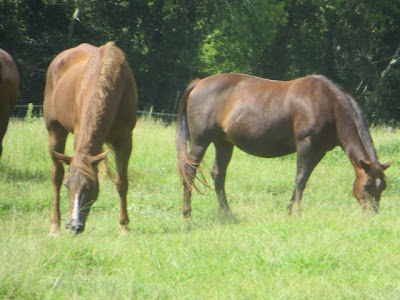 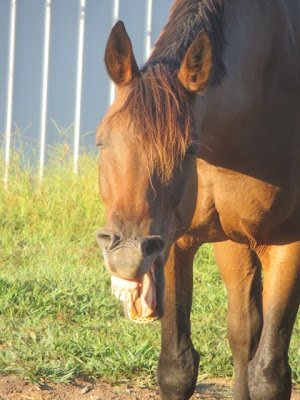 Murphy, Dutch and Wiz wandering in for breakfast 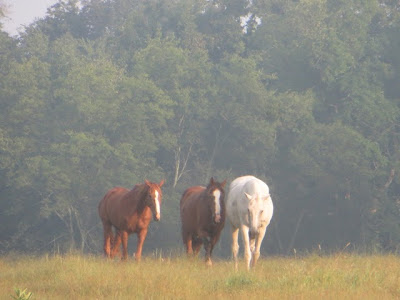 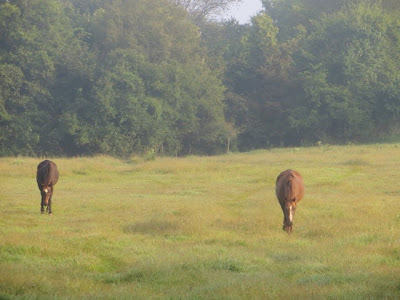 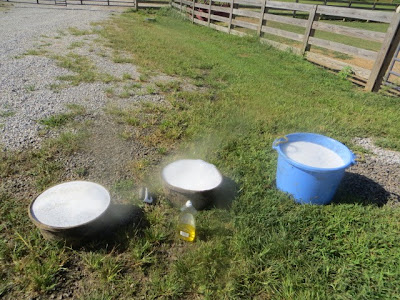 Posted by Melissa-ParadigmFarms at 8:56 PM

I've finally been able to catch up with your posts since your ER visit. Great to hear things return to normal. I hope Carter continues to do well.

I not so sure, that chick pic looks like the the one on the left is about to be choked. I'd say the frog fair pretty well. LOL!