Lily and I were together for the better part of the day again as she had another extended spa day. Everyone knows Lily because of the epic body clip she requires in the spring. Often I go through two sets of blades getting the hair off Lily in the spring.  Today Lily was clipped again. She started growing hair like crazy in midsummer, it seemed as if we could literally stand there and watch her hair grow. We had her Cushings ACTH test redone and as it turned out her Prascend dose needed to be increased again. It also meant that The Lil had to endure her second body clipping session of 2013. Oh, the unfairness of it all!

Lily is a smart horse and she has learned to appreciate being clipped. What she has never learned to appreciate is the bath that must precede the clipping. I always end up looking as wet as Lily after giving her a bath, and I'm pretty sure that is her goal. It always feels like I'm on the downhill slide once we get through the bath even though the actual clipping takes about ten times longer than the bath.

Lily patiently waiting to get started 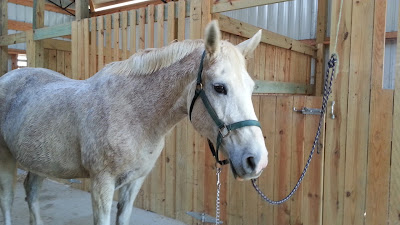 a picture to show just how much hair she had already accumulated (no her hair wasn't brown, it is just the light in the picture) 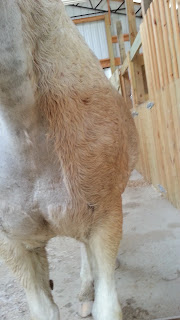 Since our daytime temperatures are still in the mid 80's Lily should feel much more comfortable now. I'm also hoping this will help her avoid a massively overgrown winter coat that winds up getting all matted.  The goal is for Lily to have a "normal" winter coat instead, which would be about what I removed from her today. I jokingly call Lily the keratin factory because she grows hair and hooves like none other. As always Lily was glad to be rid of me after our extended session together. When she went back out she went tearing across the pasture to rejoin her friends at a pace that I am sure could win the Kentucky Derby. Undoubtedly she proceeded to tell her friends how awful her day had been starting off with "and the first thing she did was give me a bath!" Doesn't she know by now that I hate baths?!" In Lily's world I must qualify as a very slow learner... 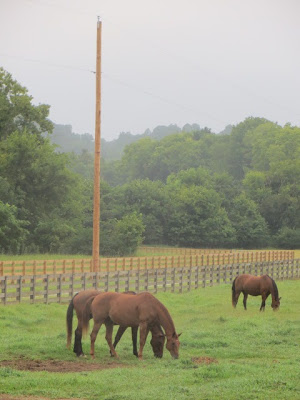 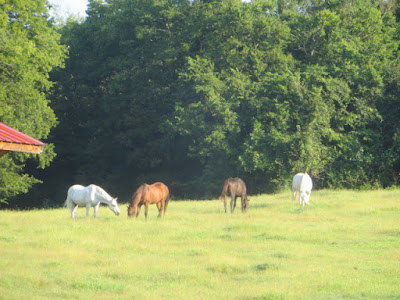 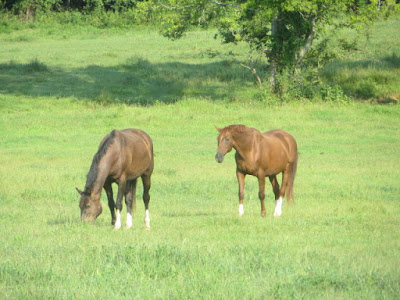 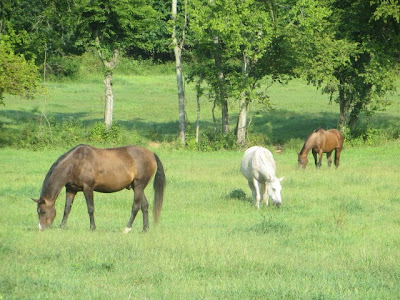 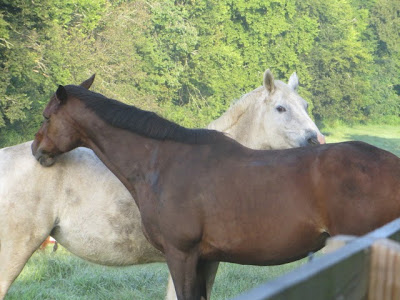 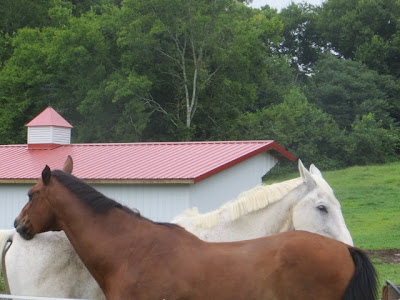 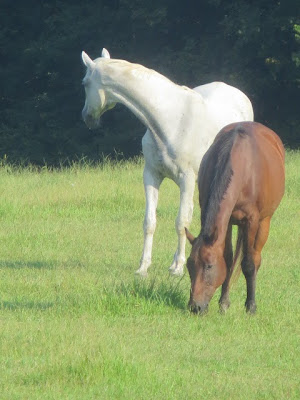 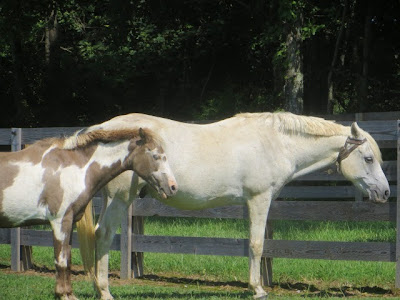 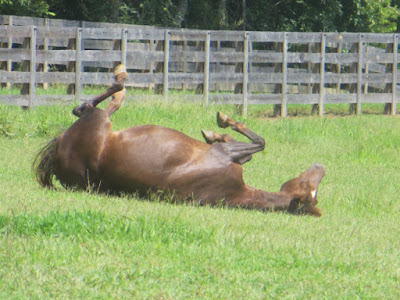 Posted by Melissa-ParadigmFarms at 8:44 PM

I like how Lily and Maisie and Norman seem to pop up in the same photos so often. Do you think they remember their common past?

They live together in the same group so they have never had to forget their common past!

Aah, the Lil! Glad it was you giving her a bath and not me!