In Memory of Noble

Yesterday was a sad day for us as we said goodbye to Noble, a grey thoroughbred gelding who had been retired with us for four years. Noble was born in Indiana but made his way to the Mountaineer Race Track in West Virginia as a young horse to start his racing career. Noble had a total of 13 starts at Mountaineer Race Track, all of them small claiming races.  He managed to win three of his starts before his racing career came to a close.

Noble on his first day with us checking everything out 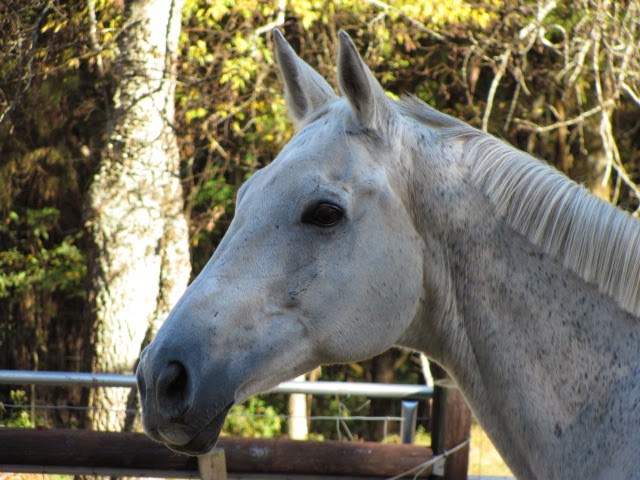 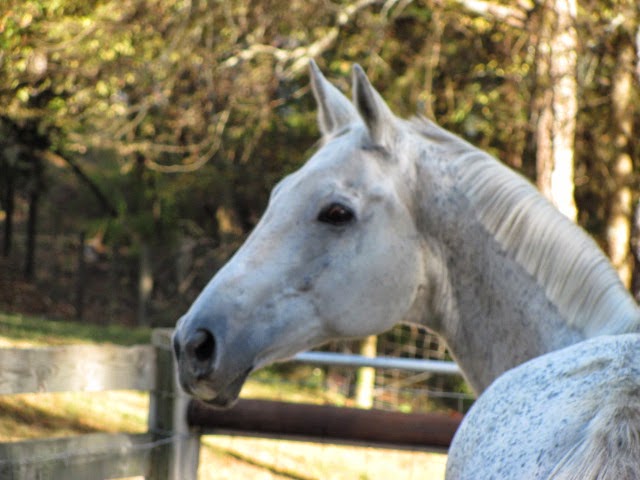 Noble as a yearling 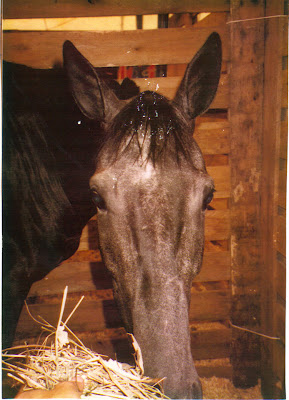 After his racing career a hunter/jumper trainer in Pennsylvania purchased Noble for one of her clients. He made the move to her barn in Pennsylvania and remained at that farm until he came to our farm to retire. Noble's mom began taking lessons at this barn in 1999. She had ridden as a child but never had her own horse. When she was in her 30's she decided she wanted to get back into riding and began taking lessons.

A few months after she began taking lessons at the farm Noble came up for sale as his owners were getting divorced. Although she loved him when she rode him, Noble's price was well out of her price range. Fate intervened when the only thing holding up the divorce proceedings was the sale of Noble. His price was dropped significantly to facilitate a quick sale. Noble was purchased as a surprise gift for his mom in March of 2000 and she officially had her first horse! 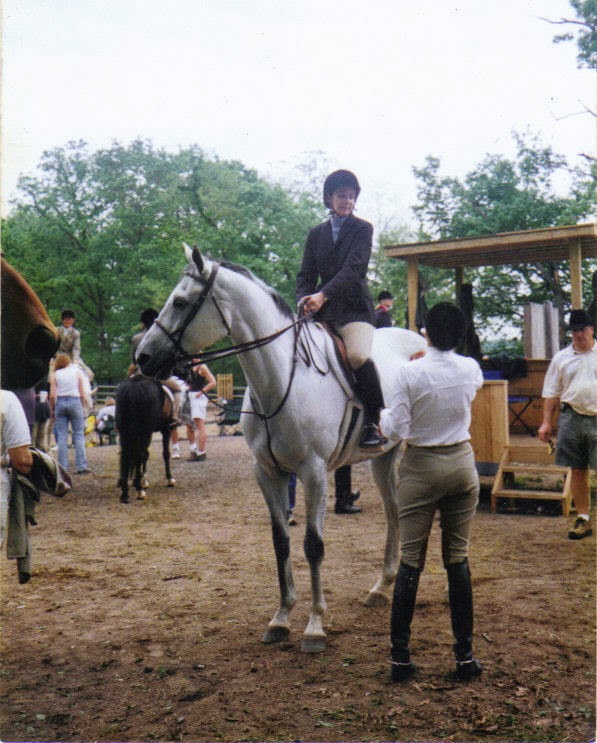 Noble and his mom at a horse show 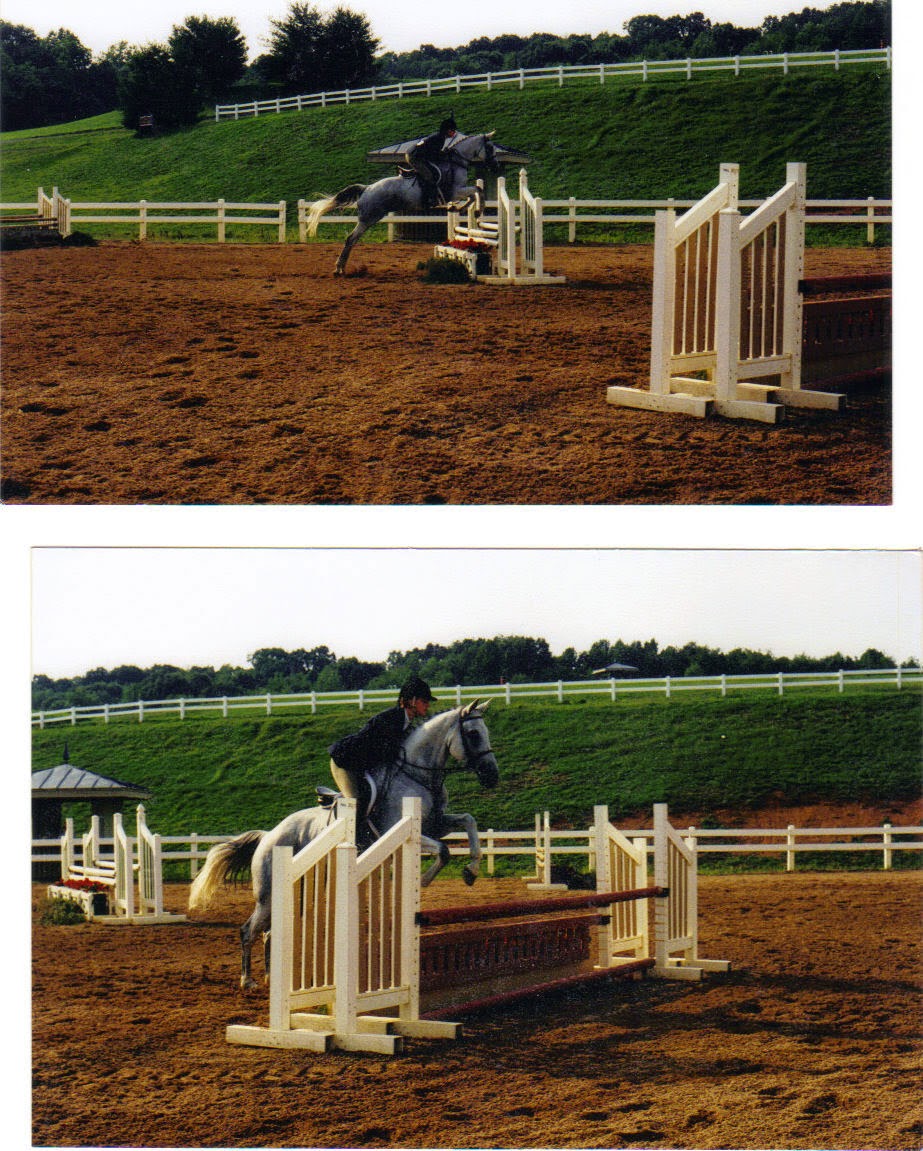 In their early years together Noble and his mom did a lot of showing. They started in the beginner hunter division and worked their way up to the adult amateur division. His mom said they really weren't an ideal match in the show ring as Noble tended to be anxious and spooky and get strong to the jumps. She said she tended to get anxious and spooky as well and at first they would feed off of each other. He made her learn and grow as a rider and they eventually forged a solid partnership with each other.

After they had been together a few years Noble's hocks started to bother him some when jumping due to arthritis. His mom stopped jumping and showing him and they spent a few years together focusing on his flatwork. His mom said Noble was a real joy to ride on the flat as he had a rocking horse canter and a very smooth, comfortable trot. She also respected his wishes to skip trail riding as he repeatedly insisted that deer, birds, rabbits were very scary.

Noble loved to play and we have countless pictures of him playing with his friends. Here he is playing with O'Reilly 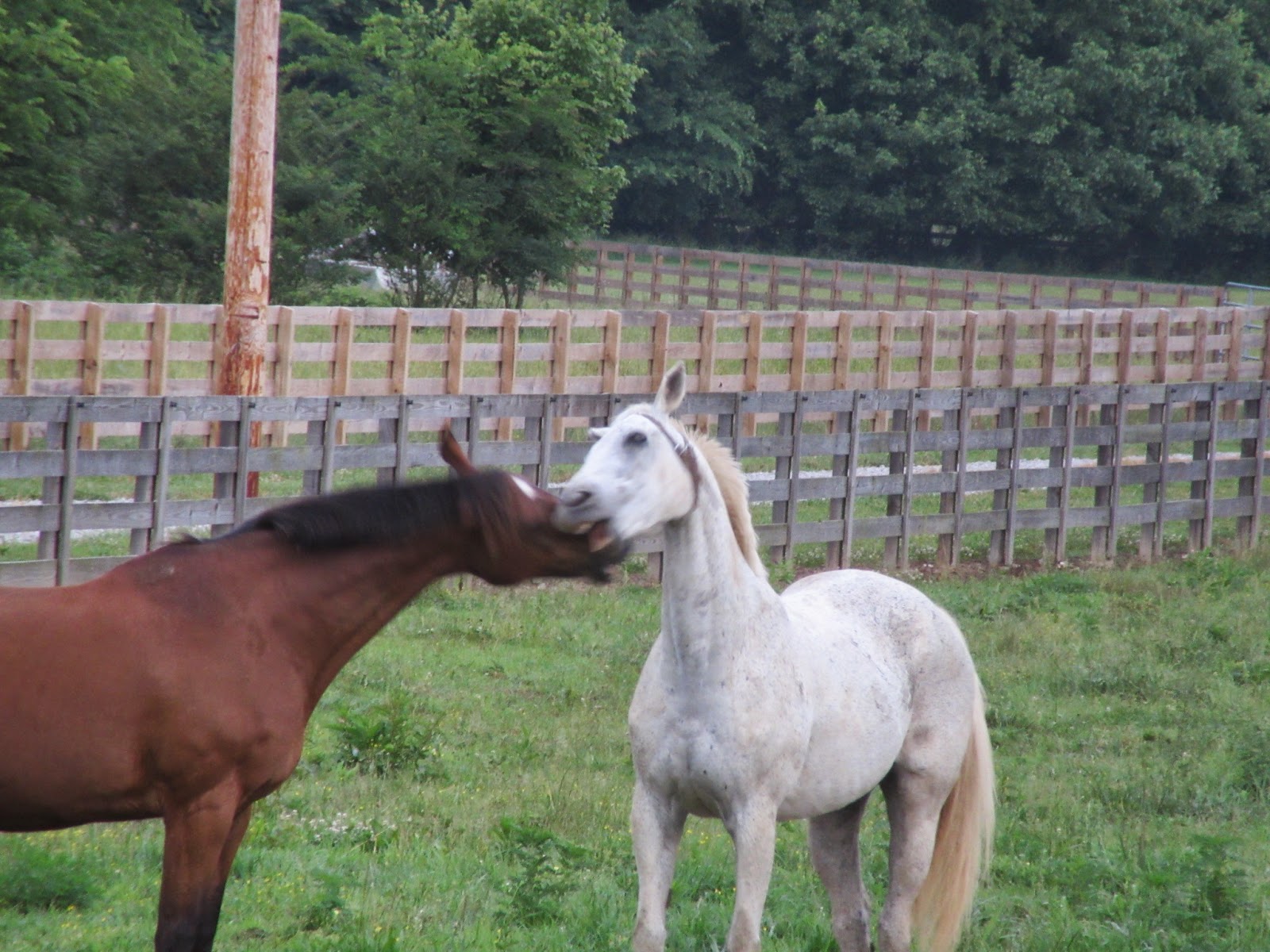 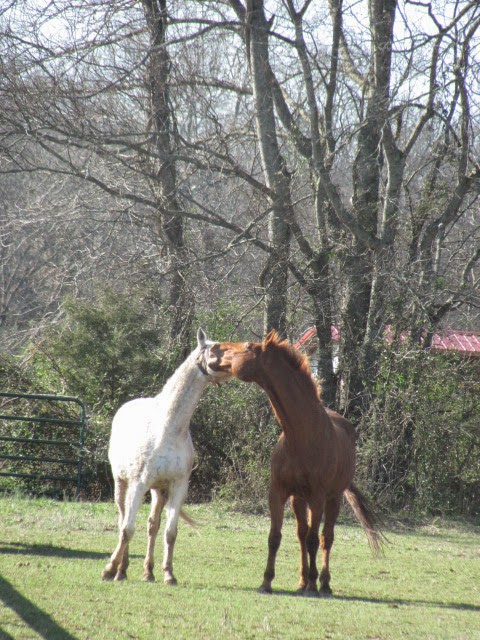 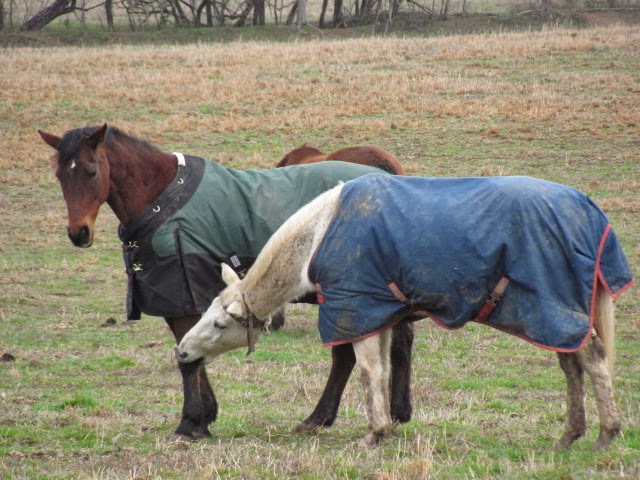 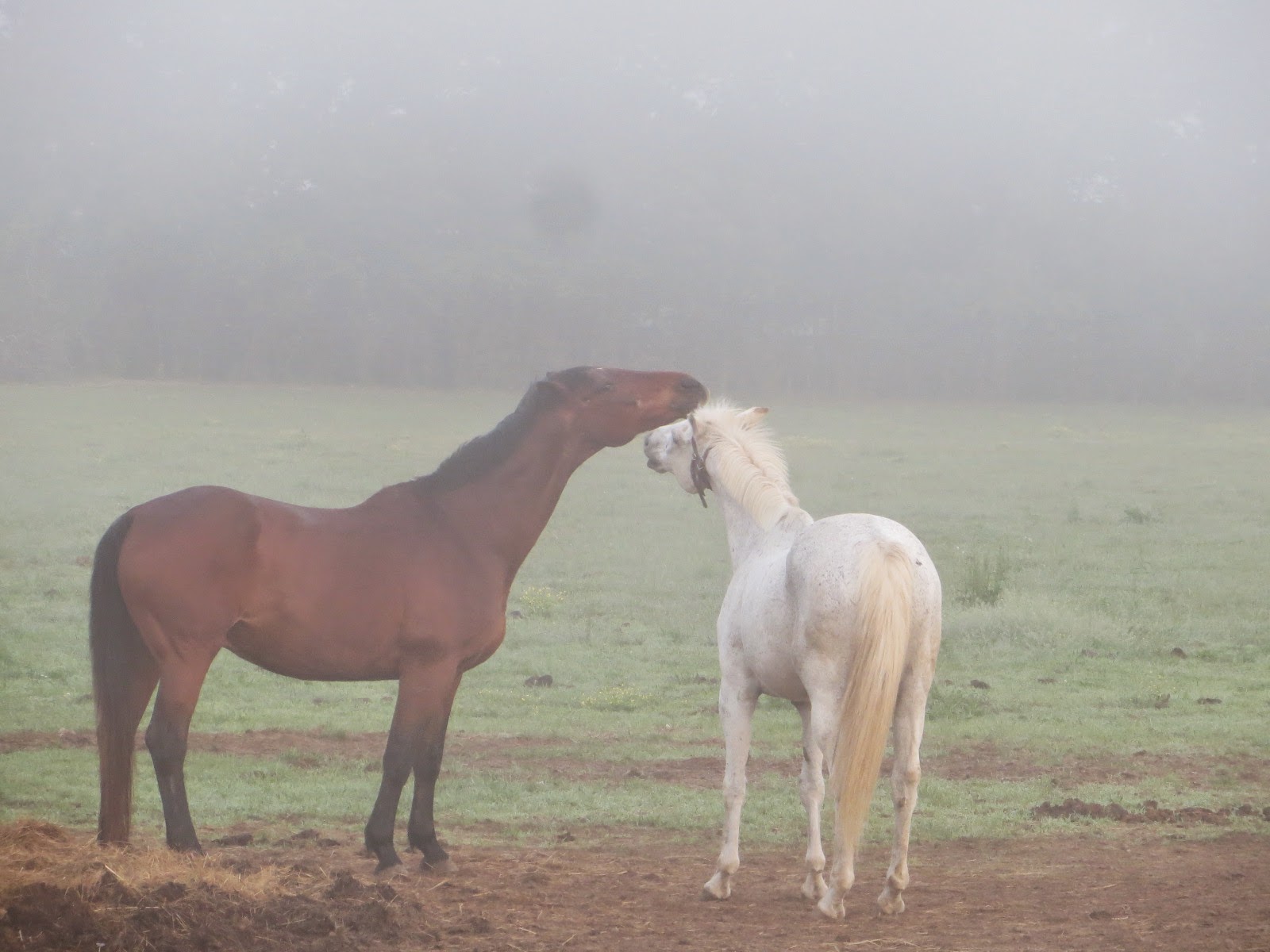 After enjoying their partnership for more than a decade his mom made the difficult decision to retire Noble. After doing some research on retirement farms, including making a trip to Tennessee to see our farm, she picked us for his retirement home. In early October 2010 Noble made the trip from Pennsylvania to Tennessee to retire.

Noble was an incredibly social horse and to say that he took to life at our farm immediately would be an understatement. Noble abhorred the thought of being alone and preferred to always be surrounded by his friends. Although much of his time was spend grazing in quite contentment with his friends, Noble spent more than his share of time playing. He LOVED to play and we have countless pictures of him playing with other horses.


More pictures of Noble at play. Noble and Lucky playing. 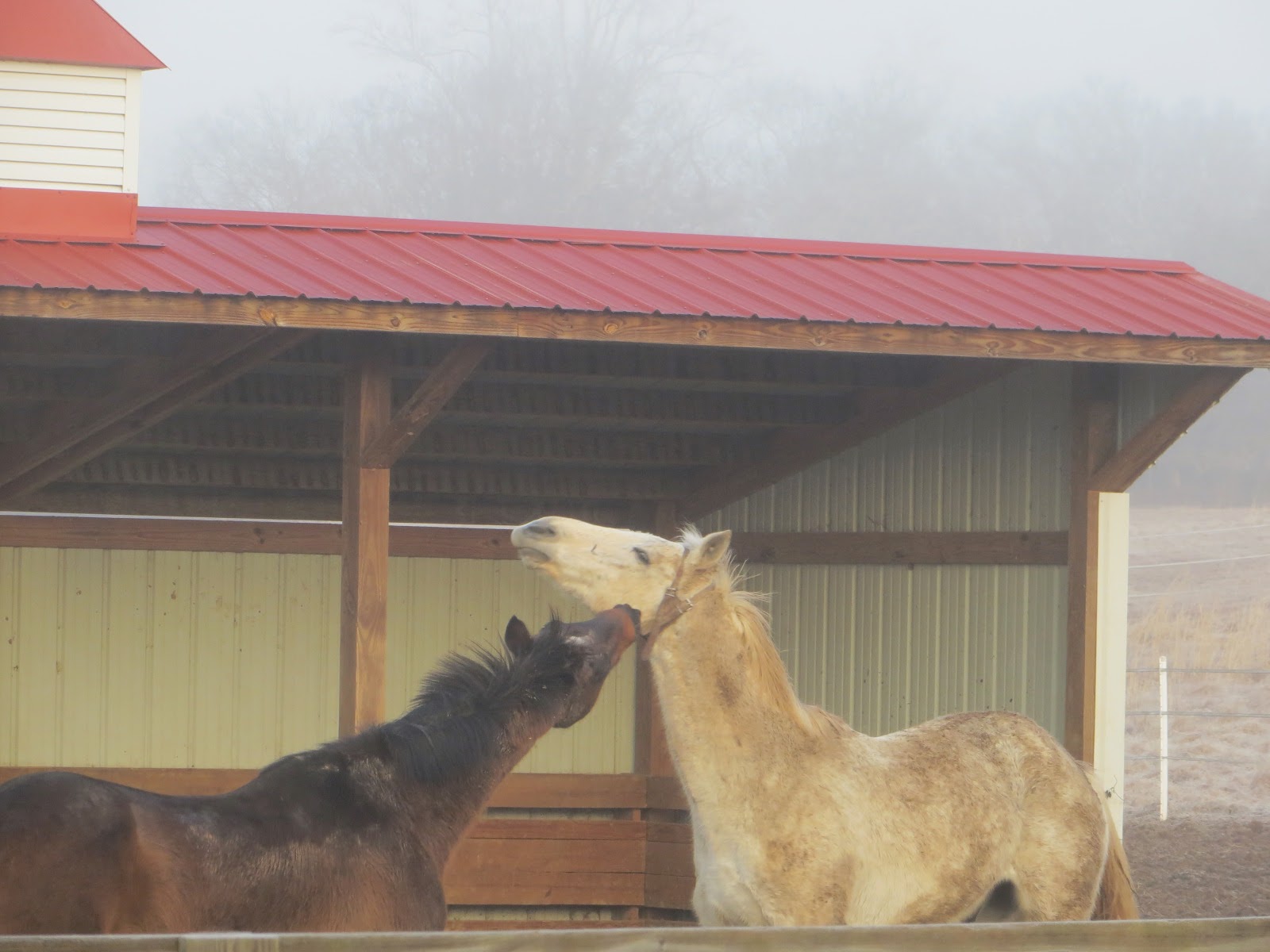 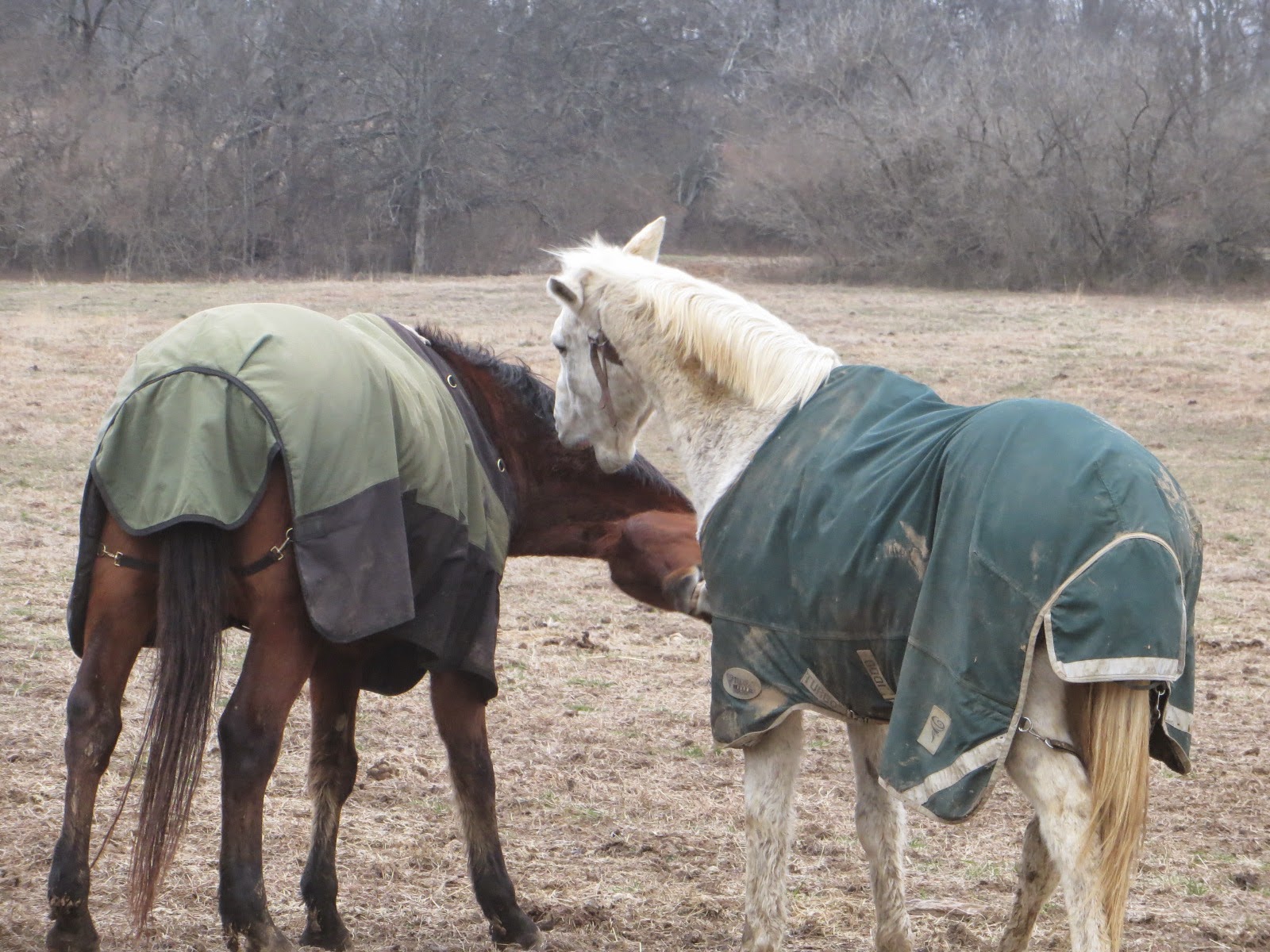 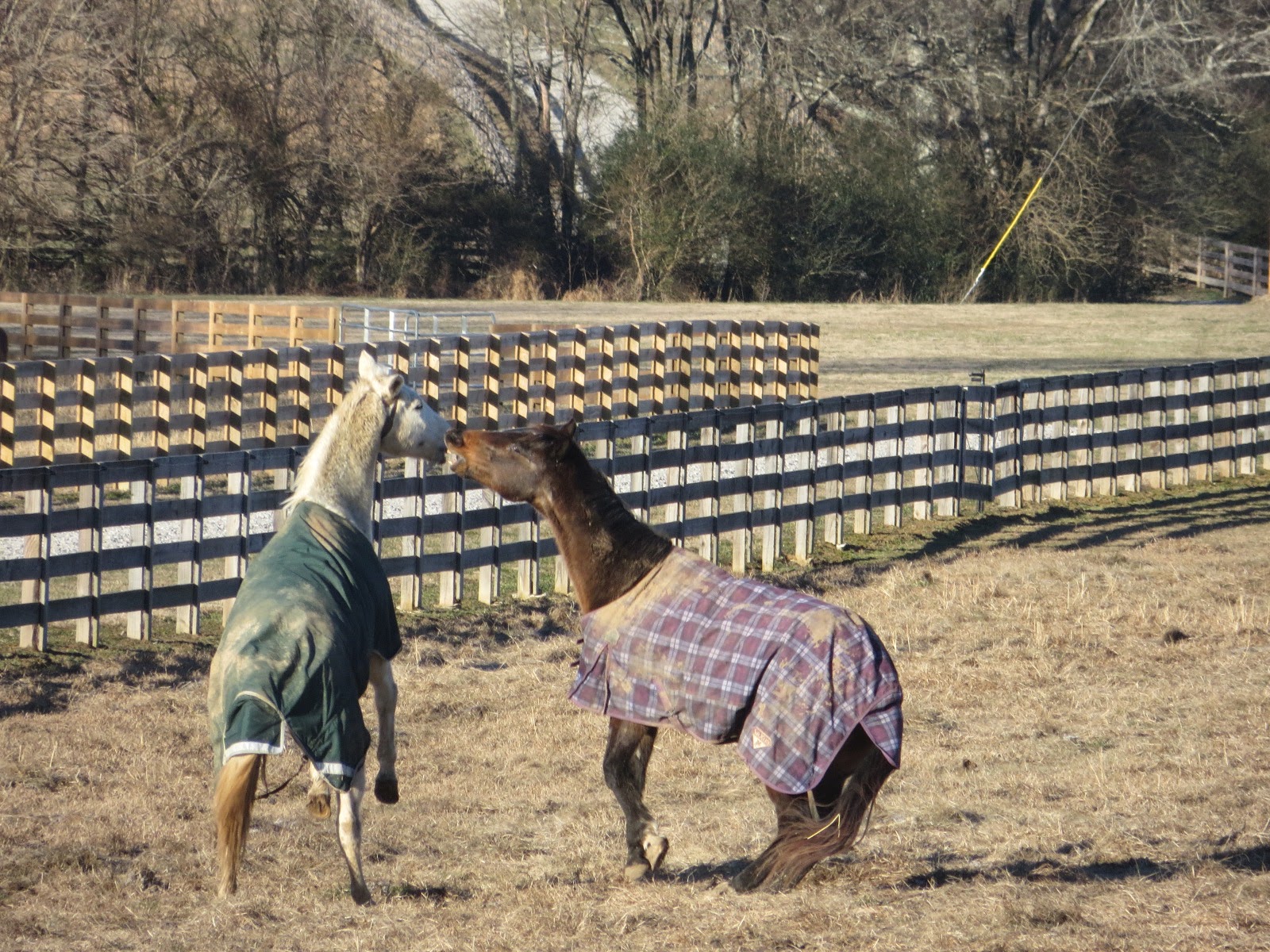 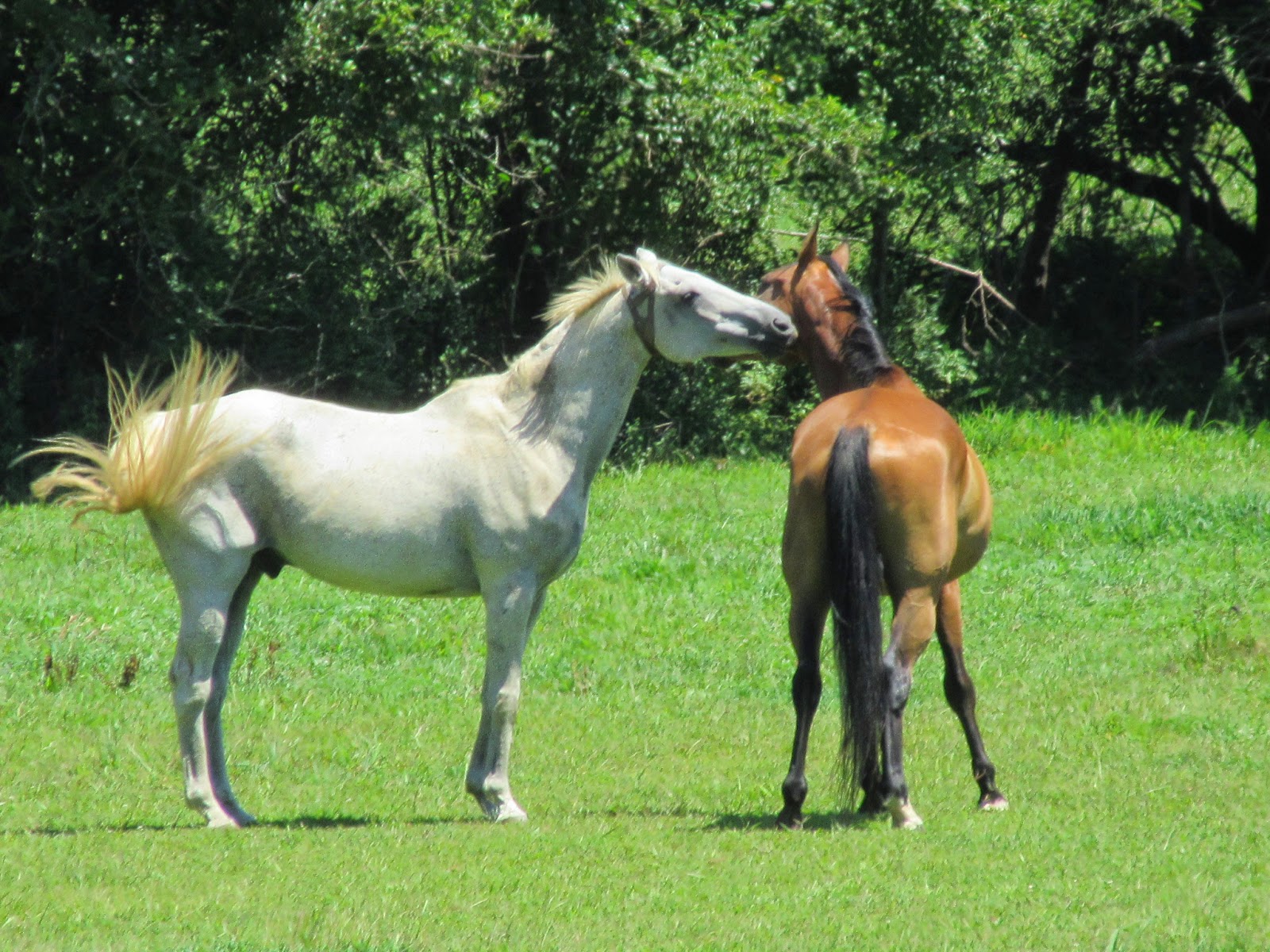 The last few months things gradually began to change with Noble. His hind end arthritis seemed to be bothering him and his vision also was not as good as it once was.  We did the obvious things to try and address the arthritis but they didn't seem to have much effect.  Noble was always a high energy and extremely active horse. Noble's personality was never to be very forgiving, he had high expectations of every horse and human around him, and he extended his demands to himself. When his body began struggling to keep up with Noble's mindset that he was forever young it became a real struggle for him.  The concept of growing old gracefully was one that he was unwilling to embrace.

Jason and I firmly believe that every animal deserves to exit this life with dignity, and that life should be measured in quality and not quantity. Once it became clear to us that Noble was struggling at times to accept some of the infirmities of old age there was really only one decision to make. Like some people, some horses are unable to find peace with an aging body, and we knew we needed to let Noble go out while he was still mostly able to deal with life on his terms. Anything less would have been unacceptable to Noble.

Noble leading his friends through the pasture (Merlin, Bruno and Lightning) 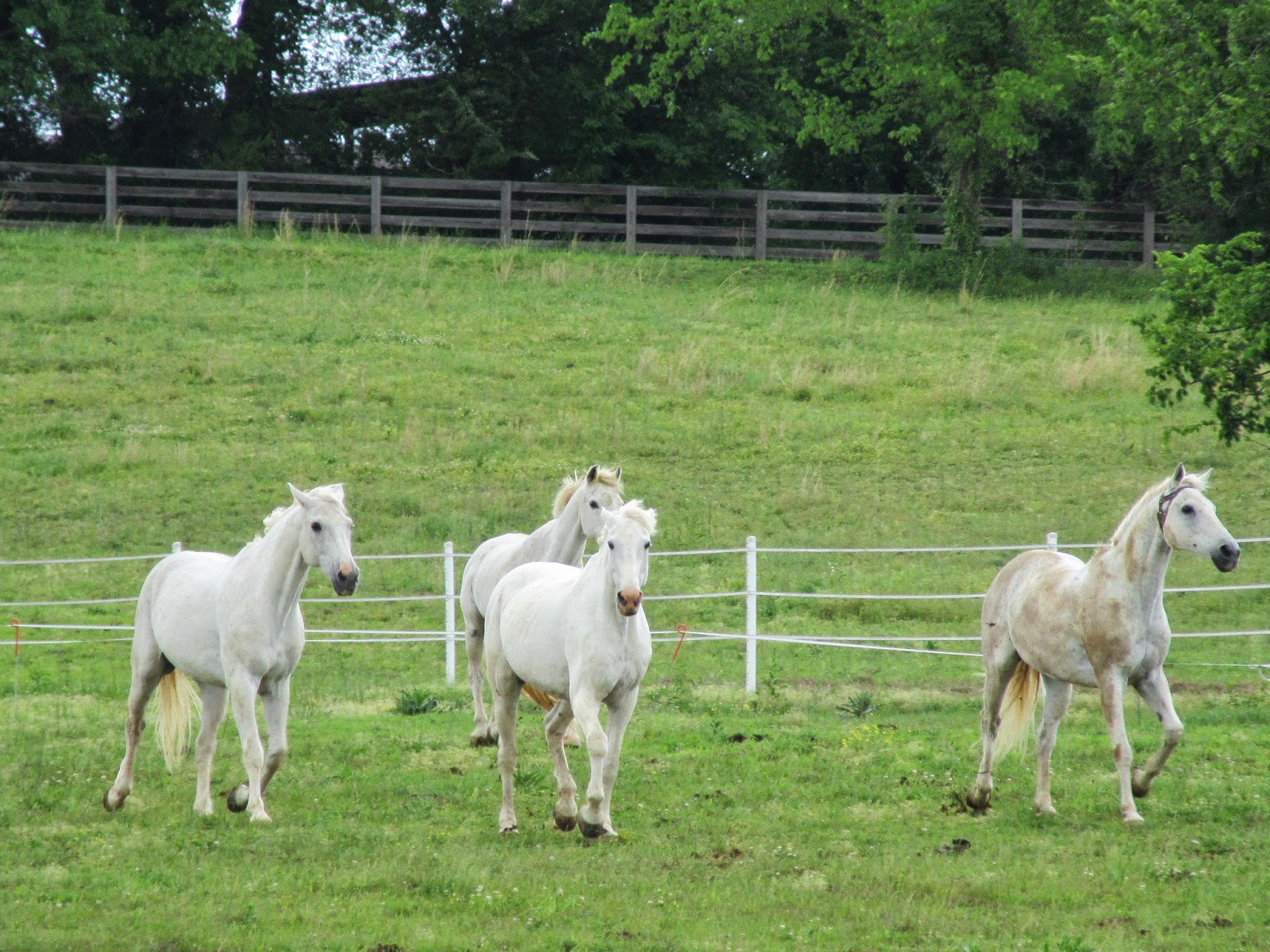 Noble and Walden on the run 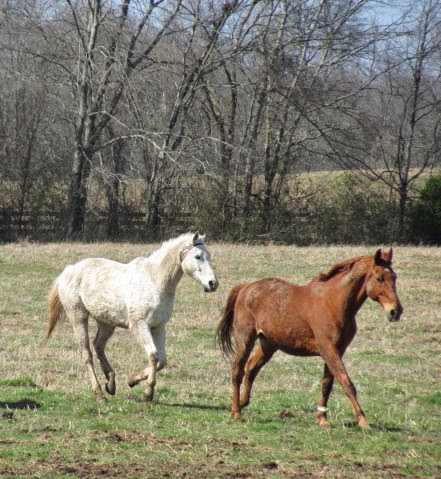 Noble was a very fortunate horse in so many ways. While he worked hard for most of his life he had a lot of stability. He was not passed around from owner to owner and spent the majority of his life at the hunter/jumper farm in Pennsylvania. His mom owned him for over 14 years and gave him the privilege of spending his last four years in Noble's version of heaven: doing whatever he wanted whenever he wanted, always with friends.

Yesterday Noble had a peaceful passing. He had a morning filled with hanging out with his friends and hoovering up carrots. As was always his way Noble left this world on his own terms, while eating a carrot.  Rest in peace Noble.


grazing with Thor and Lightning 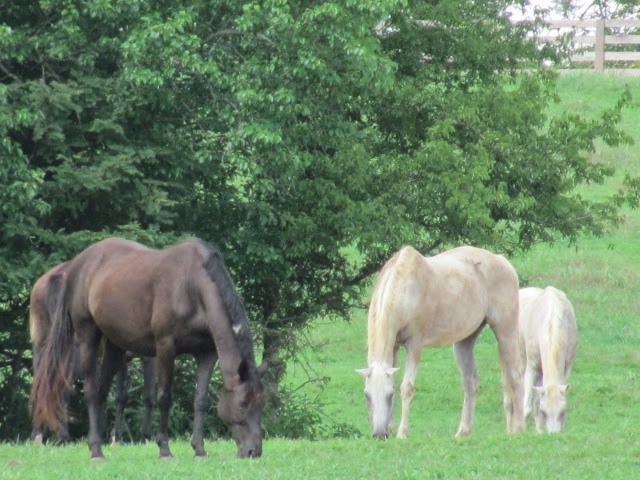 enjoying a roll in the snow 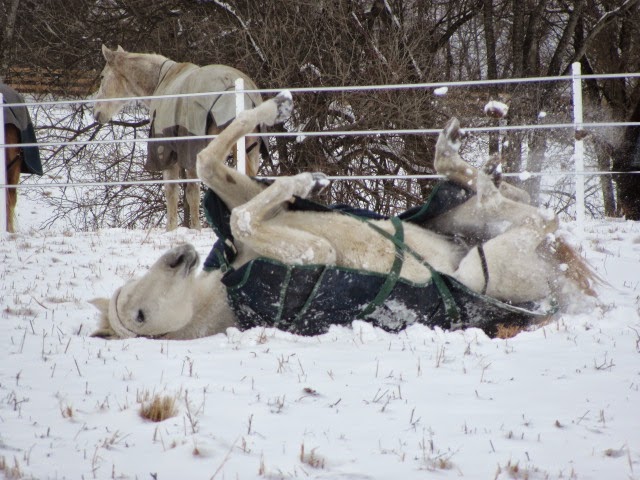 wandering out to graze with Lucky after breakfast 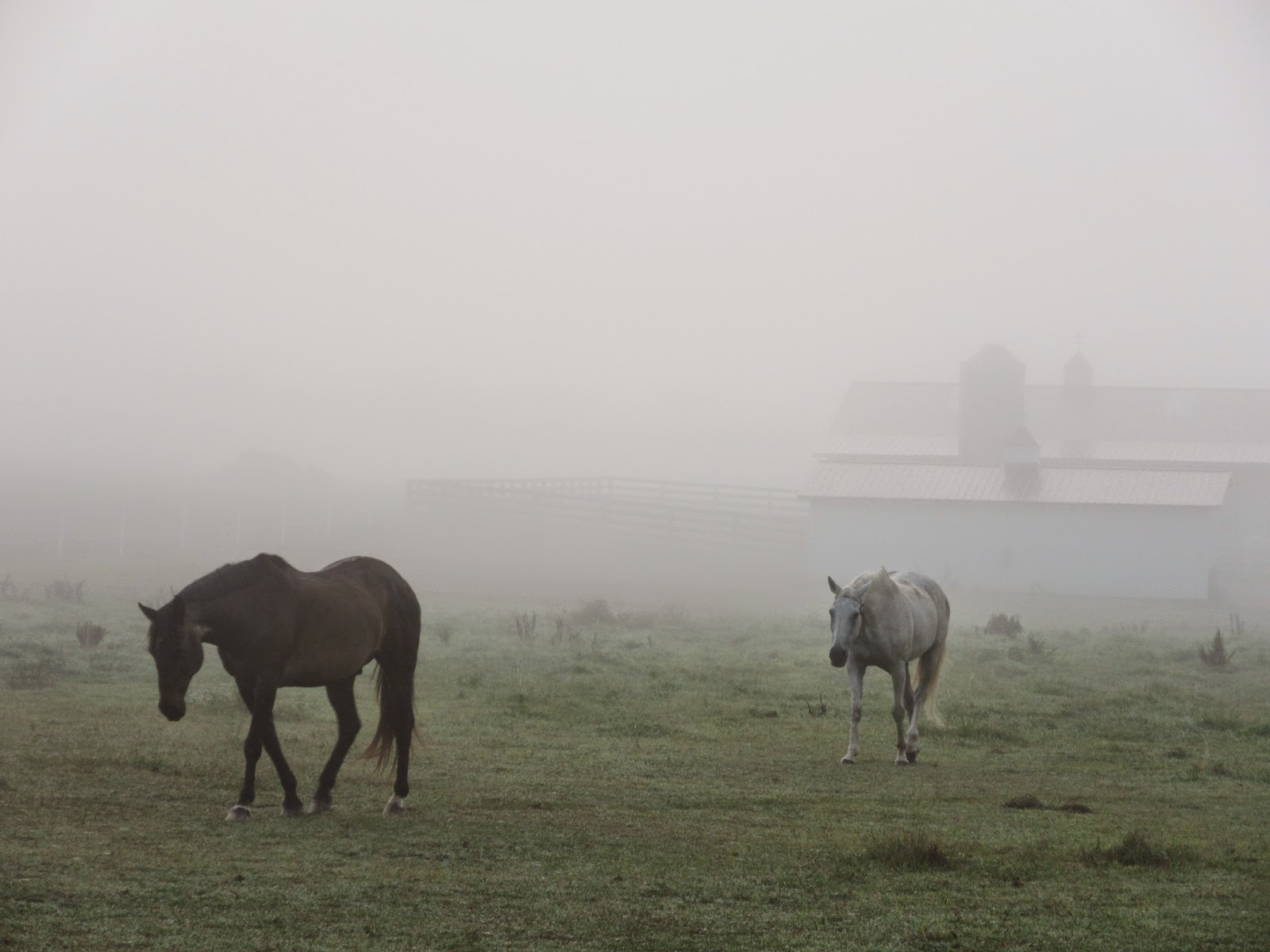 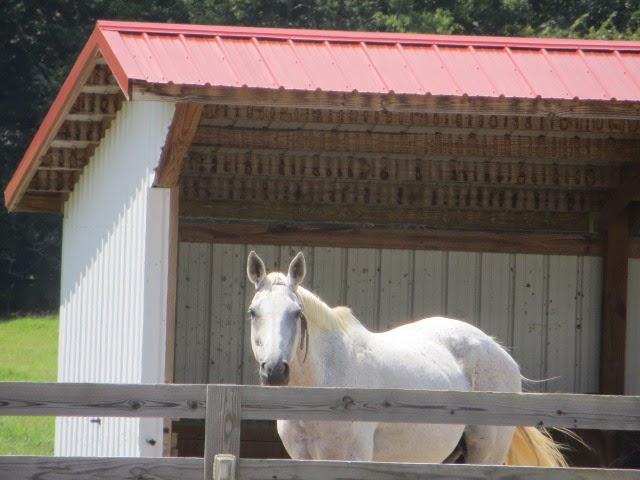 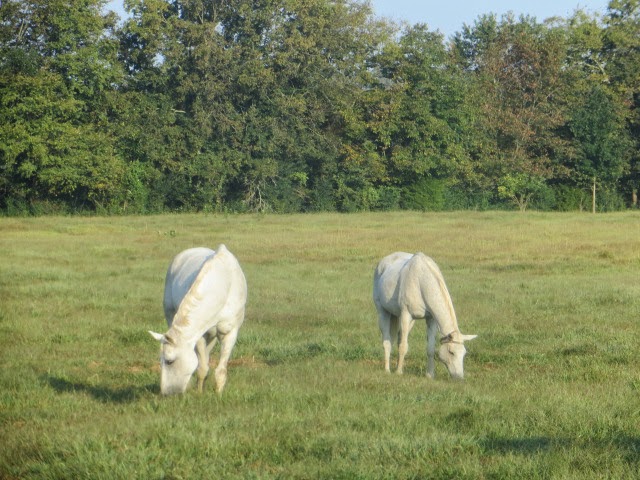 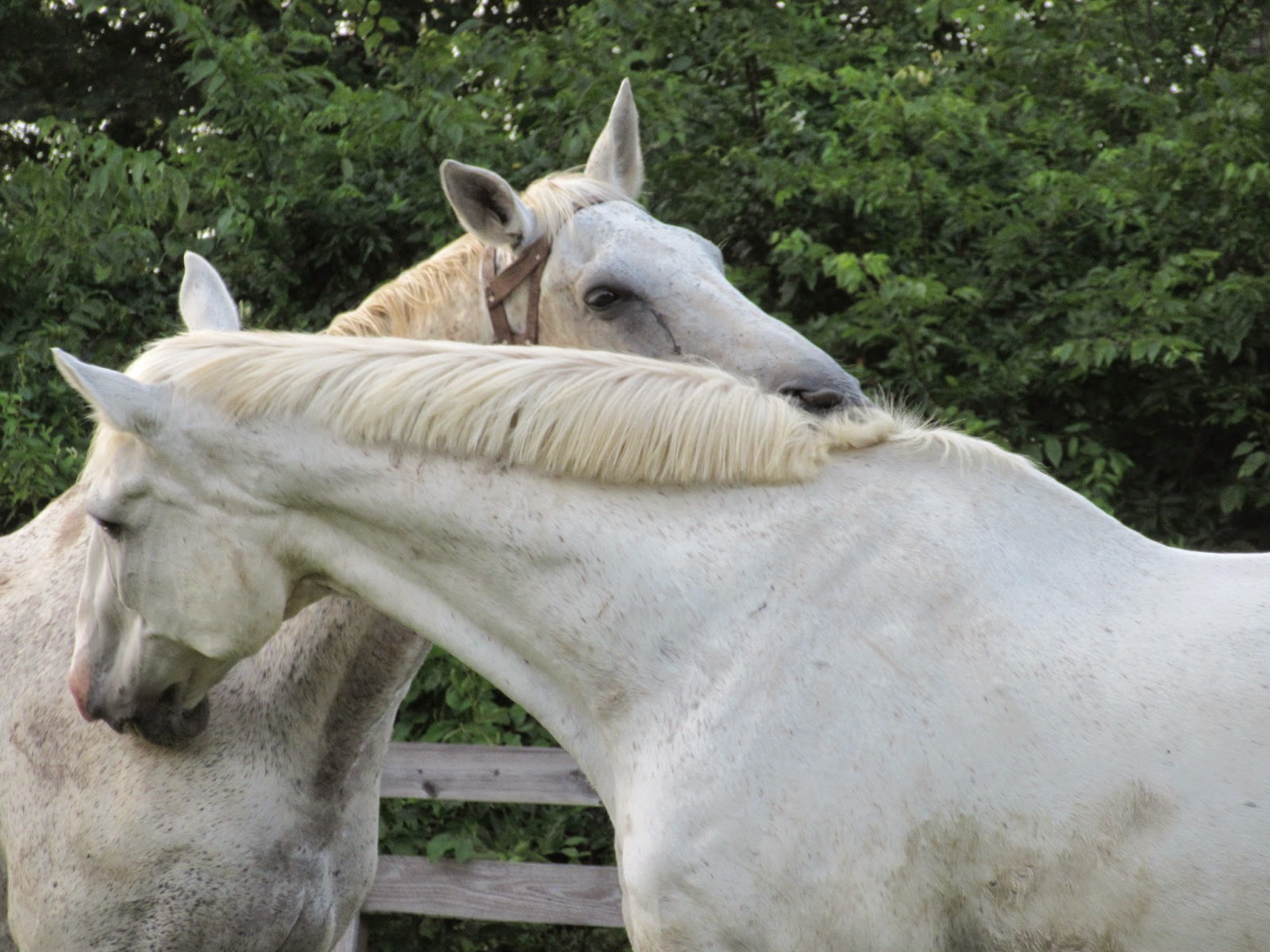 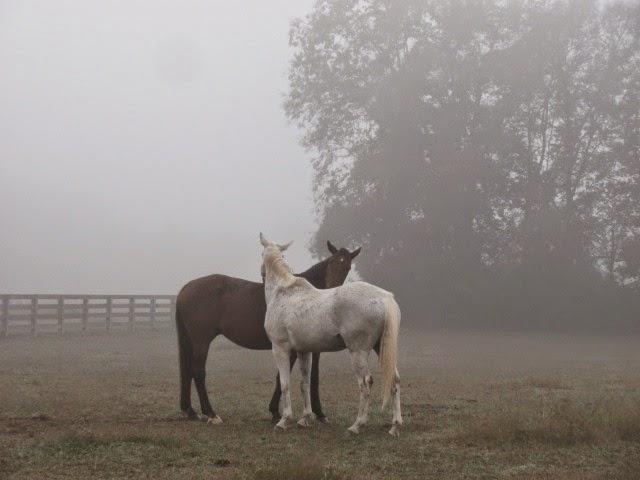 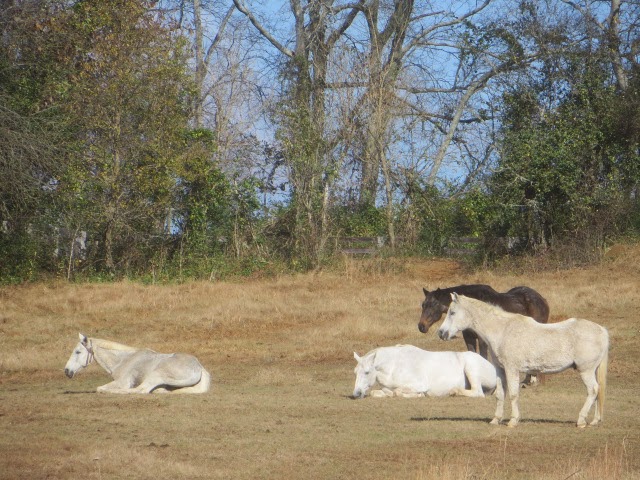 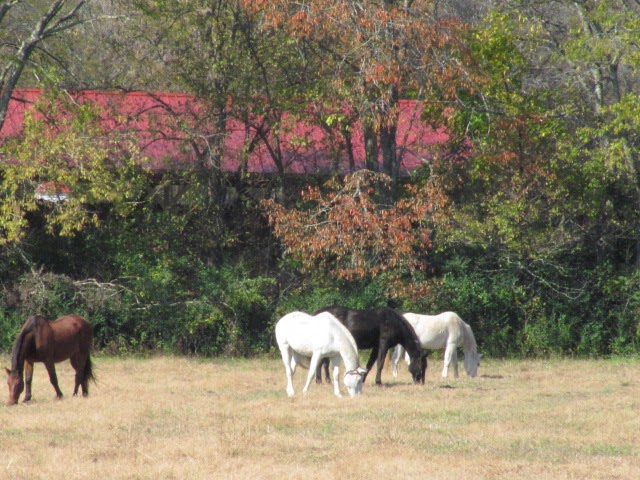 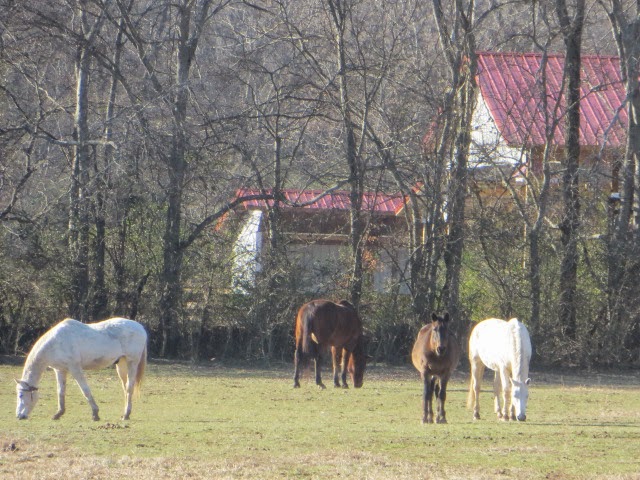 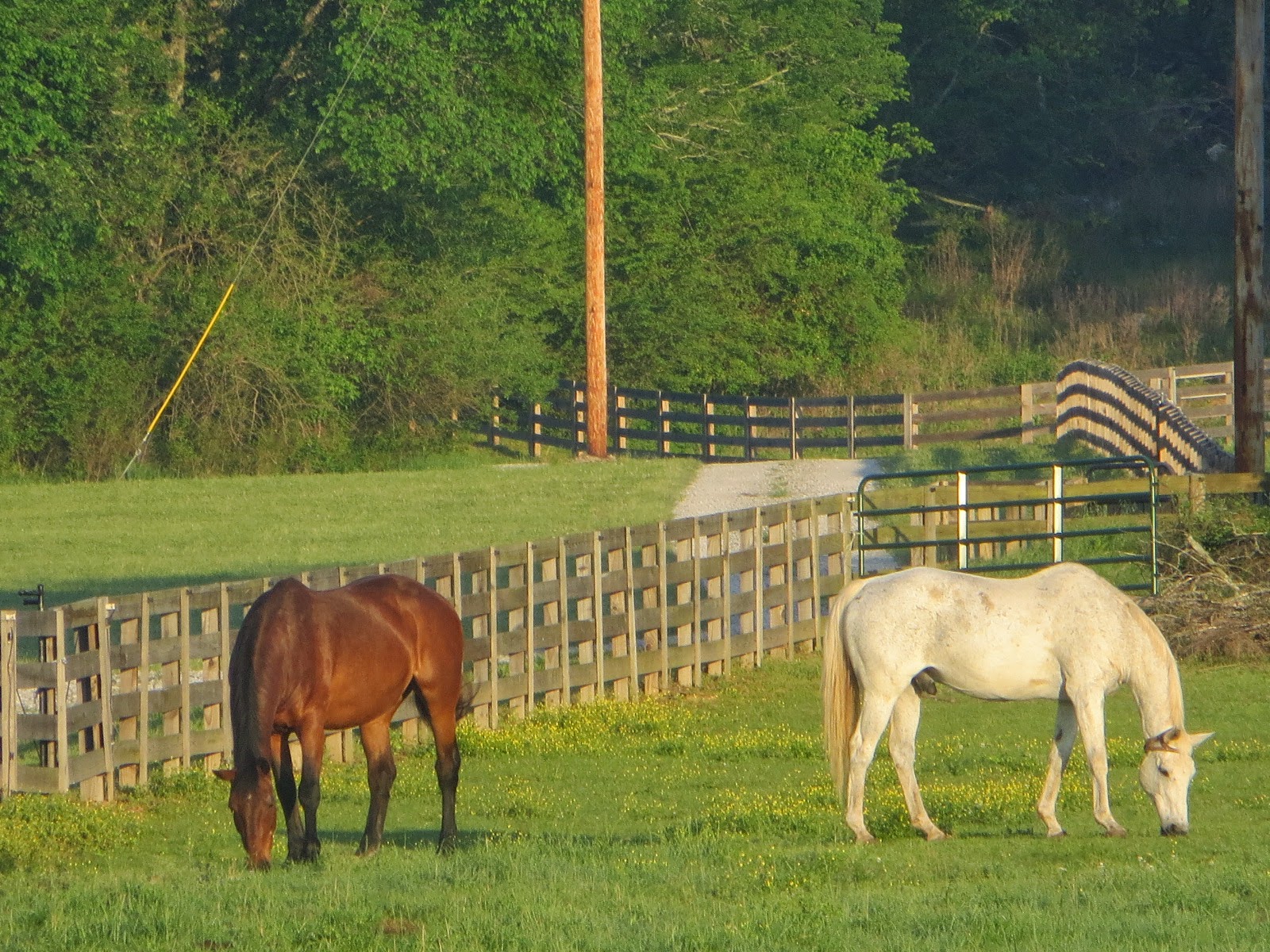 grazing with Lightning and Fabrizzio 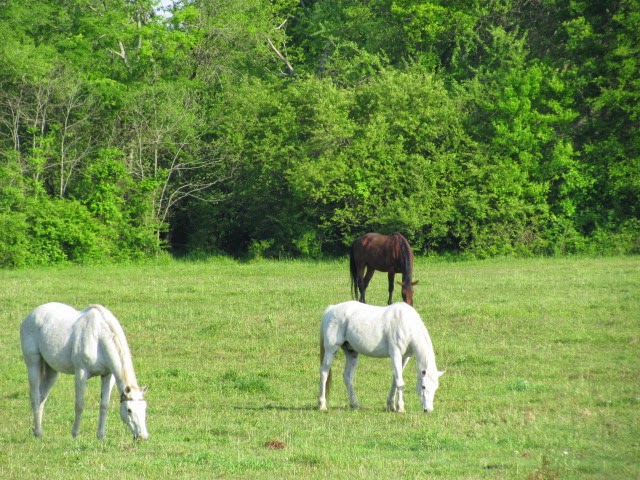 looking over the fence with Lightning, Slinky and Lucky 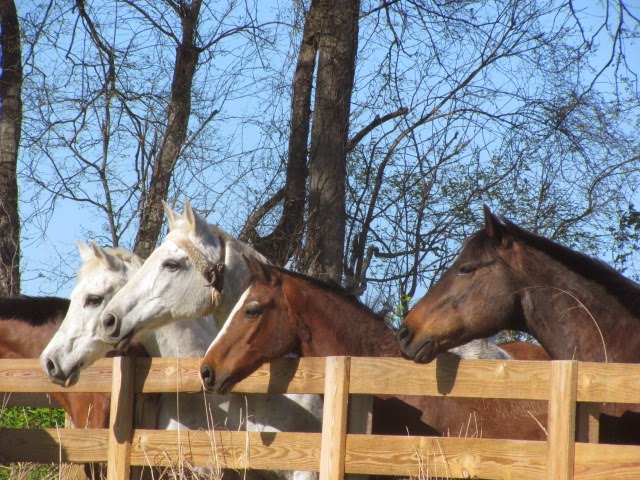 Posted by Melissa-ParadigmFarms at 7:23 PM

Godspeed Noble. I can't imagine how hard it must be on the days you have to let them go. Having seen how happy the horses that retire with you are, it seems they go with love from your hands to a not very different from your place horse heaven. For a horse that is the best they can ask for.

I love what you do for these animals. Thank you so much for being there. Noble was a beautiful boy and I am so glad he had those 4 years at your beautiful farm.

Best of best thoughts. I am so very sorry. Loss is the hardest part of love

A lovely tribute. I'm glad that he got to spend his last good retirement years with you. My condolences to his owner - as you may remember, I also had a Noble, who passed away in 2010.

Yes, Godspeed Noble. We will meet in the life to come. Noble was loved. At the end, that's really all that matters.
Jane and Breeze