The Problems with Protein

(post by Jason) Is a 16% protein feed the right thing to feed my horse?

The short answer to that question is I don’t know. I’m going to spend the rest of this blog post explaining why I don’t know, and why protein is perhaps the most misunderstood and mysterious nutrient in most equine enthusiast’s toolbox.

I want to start by saying protein is *important*. It’s impossible to build or repair muscle, adequately oxygenate blood or muscle, or do any number of other things if protein is deficient. The good news is that protein is very rarely deficient in equine diets. It’s often fed to excess, and sometimes to extreme excess. But that only begins to tell the story.

We feed crude protein in pounds, not in percent. We know an 1100 lb horse on this farm requires roughly 1.5 lbs of crude protein. We also know the forage component of their diet on this farm delivers roughly 2 lbs of crude protein; more than enough to meet overall protein requirements. But we also know that crude protein in and of itself isn’t nearly as important as balancing for it’s amino acid constituents. Assuming a diet is balanced based on whether or not crude protein levels are correct as opposed to balancing a diet to meet it’s amino acid constituent requirements is similar to saying you know someone’s address when in truth you only know the country they live in. It’s just not very accurate. But unfortunately, and with some unstated caveats, it’s what we have to work with right now.

I won’t bore you to tears by naming them, but I will tell you that there are twenty amino acids. Every equine feedstuff from pasture to grain corn to soybean meal contains a different proportion of each of the twenty known amino acids. We have a pretty good idea in general terms about amino acid profiles of most common forages and most common feed stuffs. We also know how they work in a horse’s body, and which ones are most likely to be limiting. In my opinion, what we can’t yet do effectively is tell you which amino acids may be limiting and in what quantity they need to be fed in order to meet requirements in any specific horse. We do know that lysine and methionine are probably the most limiting amino acids in most equine diets. Beyond those two we could probably fight all day about which amino acid comes in what order in terms of being limiting in equine diets. And we might all be right. But we’ll leave that to the academics.

Do we have laboratory tests to identify the amino acid profile in forages? Yes, but it comes with a big enough price tag that sending multiple forage samples for chemical analysis would be prohibitively expensive. The truth is accurate, affordable amino acid profiles in hay tests are some way off. I said exactly the same thing to my clients twenty years ago and I may well say the same thing twenty years from now. There is currently no readily available, affordable, accurate and reliable test to determine real amino acid levels in forage. And yes, I know that many hay tests contain numbers for lysine, methionine and perhaps some other amino acids. Those numbers are almost certainly not chemically derived from your specific forage samples; rather they are aggregate averages for the forage species and may well not be accurate representations of the actual amino acid profile of *your* forage. Since forage makes up 50-100% of most equine diets, if you can’t accurately measure the individual amino acid content in individual forage samples then in my opinion there is no way to supplement individual amino acids accurately either. Rather, when I built the grain ration, I was careful to select ingredients that have high levels of available lysine and methionine....the two most limiting amino acids in horses as I mentioned previously.

As every equine nutrition person laments, there are an awful lot of supplements on the market that are at best lightly researched. This unfortunately includes at least some amino acid supplements. Maybe there are some good ones and they are useful in some instances. Maybe some of them actually pass through the digestive tract intact enough to deliver viable levels of amino acids to the blood, but I’m skeptical enough for all the reasons I mentioned before in this post that I’ve never recommended that any of our clients use them on this farm. If you’re going to feed an amino acid supplement to your horse I would strongly suggest you do so with the guidance of a trusted feed advisor or veterinarian who will hopefully recommend products that are well researched. 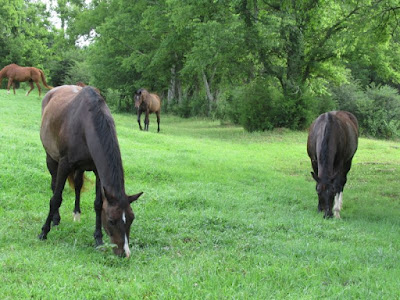 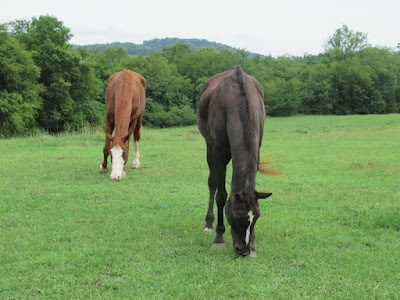 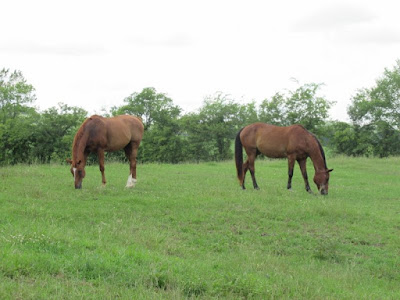 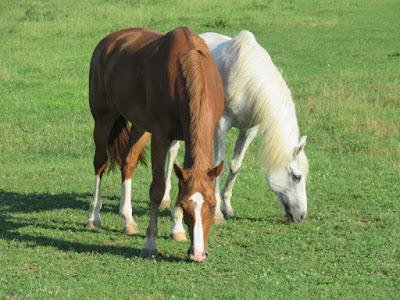 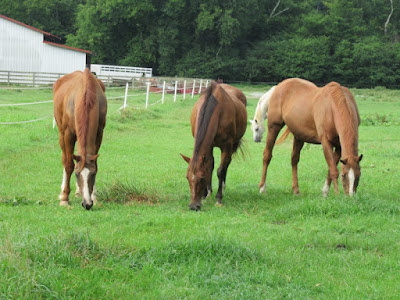 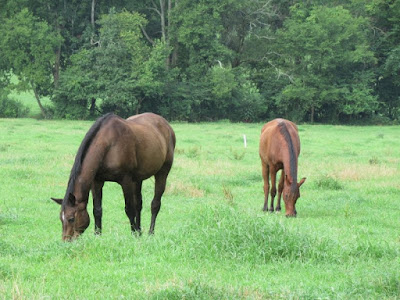 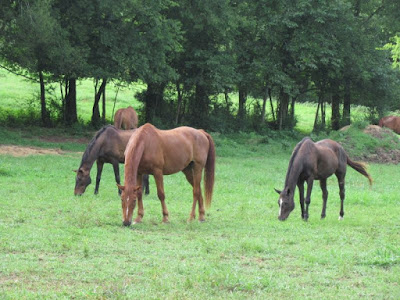 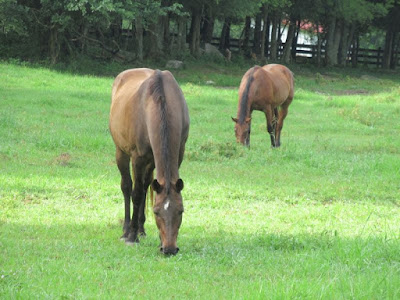 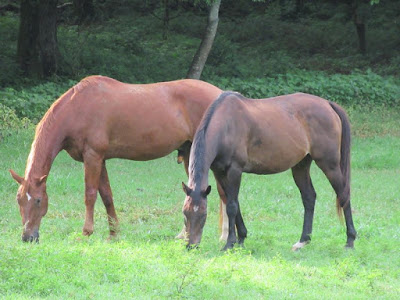 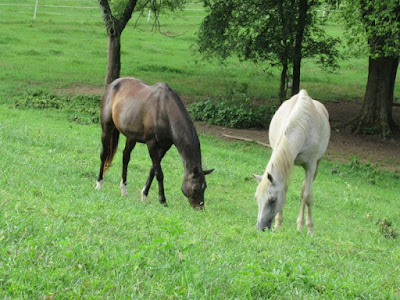 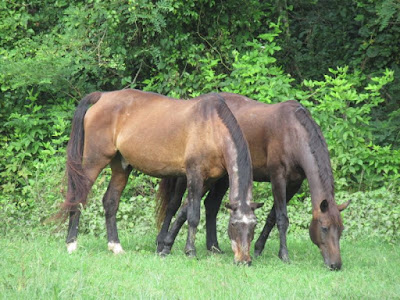 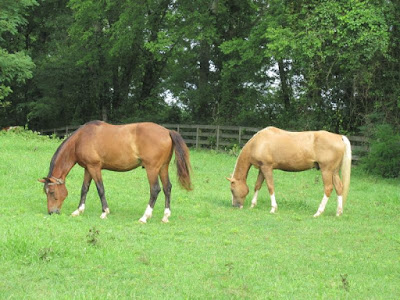 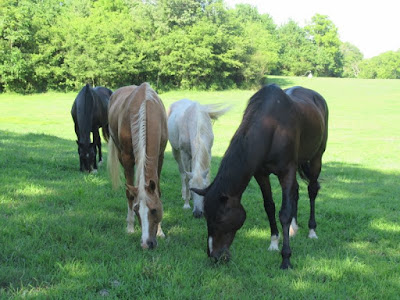 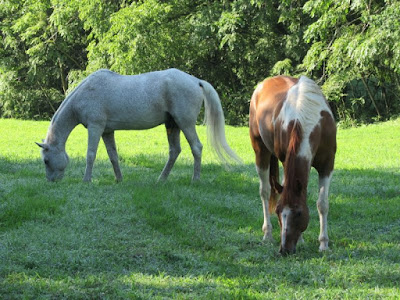 Posted by Melissa-ParadigmFarms at 7:58 PM