As I mentioned in my last post we finally had some cold weather for a few days. This will surprise most of you but I'm actually not gearing up to complain about our chilly weather. I had no desire to go running in the cold so I decided instead I would do this exercise DVD that I've had sitting around for awhile. Staying inside and following along to an exercise video was a lot more appealing than going running outside. I had actually bought the DVD so I could complement my running with some strength training and ab work and it seemed like a good time to (finally) get around to that.
Thirty minutes later I had completed multiple reps of just about every variation there could possibly be on squats and lunges. There was also some upper body work with hand weights and various types of sit-ups and crunches. Given that I can run for up to 20+ miles at a time I wasn't too concerned about my legs being sore. I was worried about how sore my arms would be as I am naturally a weakling when it comes to upper body strength.
I went to hop out of bed the next morning and head out the door to care for the horses. OMG the pain. Not my abs, not my arms, my thighs. I could. not. walk. More specifically any movement that involved any muscles in my thighs made me want to cry. I peg legged my way around the house hoping things would loosen up and be slightly less excruciating after I had moved around. No go.
You are probably wondering what this has to do with our horse farm. Let me tell you it is hard to do basic things like feed, wrap a leg, put on a blanket, etc. when you can't bend your legs. I was thankful that I did not have an audience as I changed a standing wrap while attempting to not bend my legs. What is the normal position one would assume in order to wrap a leg? Yes, that is correct, you would squat. Somehow I managed to accomplish this while not bending my legs. I basically did the splits standing up and then bent over from my waist as far as I could to put on a standing wrap. At least I did not have an audience to witness my indignities.
I have also perfected the technique of going down stairs while keeping my legs straight. I can tell you from two days worth of experience that this is not an easy thing to do. I basically put my arms on the handrails and swing my way down the steps like a monkey. It's impressive really.
The good news is today I have been moving much more normally. As of tomorrow I guess Jason and the horses won't be laughing and pointing at me behind my back. Jason claims he has not been making fun of me behind my back but I'm pretty sure he isn't telling the truth.
_________________________________
Maisie and Calimba managed to have a nice grooming session even with their blankets on 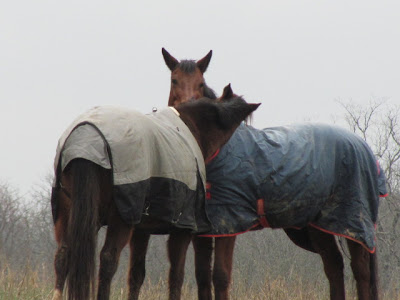 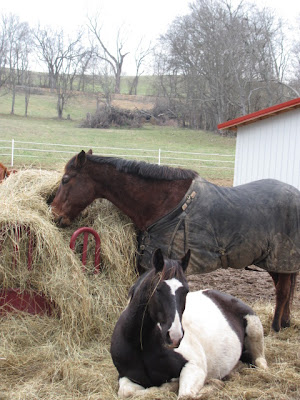 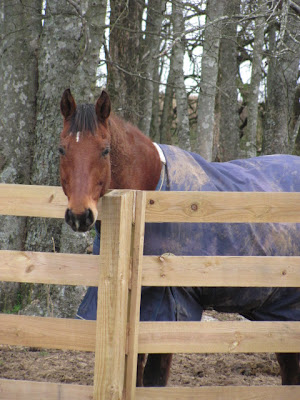 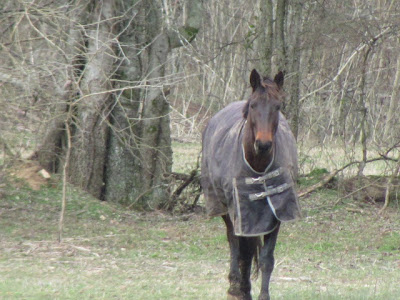 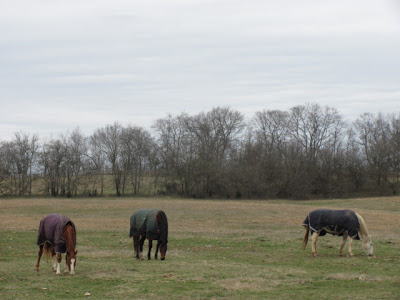 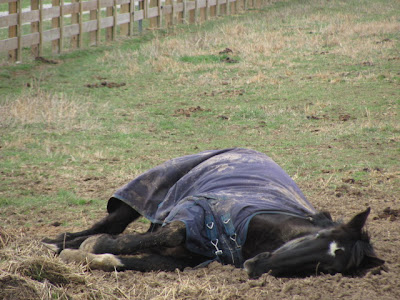 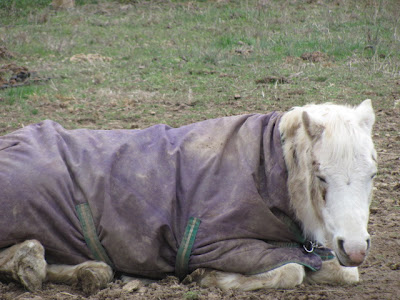 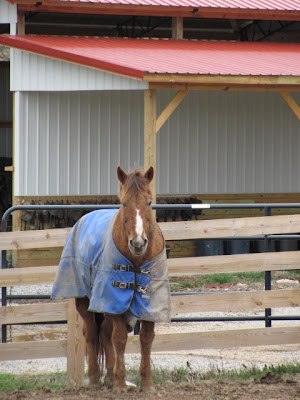 Silver and Romeo were having a fun time 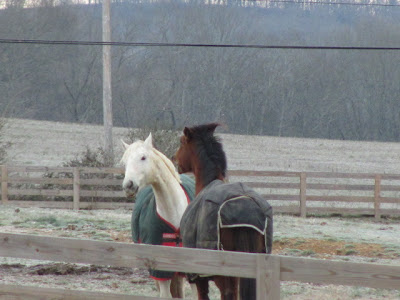 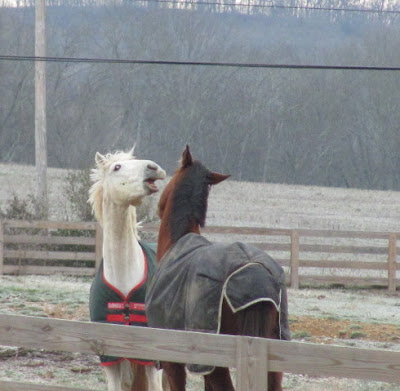 Posted by Melissa-ParadigmFarms at 9:45 PM

I have to say I felt so sorry for you, thinking Poor Thing! It sounds terrible. But I still cracked up. Sorry. "Yes that is correct. You have to squat." Brilliant. :) Hope you're feeling better!

Ahahaha, I'm dying laughing. I know exactly how you feel - I have done that to myself more times than I can count. Squats are the best workout.... and the worst!

So you should be ready to do the DVD again today, right?

What's the name of that DVD? Sounds like a great workout!

It's not behind your back... he probably was chortling directly in front of you! ;-)

Melissa- I have been there. Tri athlete friend passed on the secret for stairs after extreme workout. Go up and down the stairs backwards. Sounds crazy, looks ridiculous, but works for me. Hot bath with Epsom salts doesn't hurt either!