After enjoying a break of a few short months from the dentist we officially kicked off our 2016 dental days. Last year we started doing things a little differently. Instead of doing everyone in a few marathon days that left everyone tired, sore, cranky and dreading having a teeth floating day we decided to see the dentist more often and do only a few horses each time.

We also had to develop a new routine as our dentist that we have worked with the last several years retired and moved to Florida. Now we see pictures on FaceBook of he and his wife taking their morning walks on the beach and floating on rafts in their swimming pool. The nerve of some people. He really had a passion for his work, however after a lifetime of floating teeth the wear and tear on his arms and shoulders was real. He referred us to one of his mentors who is a vet who does extensive dentistry work.

Today was our first day breaking our new dentist in. The horses made us look good and were exceptionally well behaved. Even 18.1 hand Apollo only lifted his head up a couple of times. Apollo never does anything bad, but he is fully aware that he is very tall. He knows he can quietly lift his head as high as he wants and no one can reach his mouth. He only did it a couple of times so we knew that he could, then he kept his head down and stood politely.

This is the third dentist we've worked with over the years and they each have their own preferences in how they work. Our only requirements are that they are patient with the horses, do a thorough job, and let us have a look and feel in each mouth when they are finished. With our older horses it is imperative that they have competent and thorough work done in their mouths. Their is a fine line between over floating and under floating.

The most common issue we see with a new resident is a hook(s) on the very back molars. From our experience of looking at the work of many dentist from around the country, some of them don't seem to be able to get all the way back in the mouth. The result tends to be large hooks. The worst case we ever saw was a gelding with three inch hooks on both sides. He had been floated every year.  For what it is worth he had been floated by someone who didn't believe in power tools and didn't use a speculum.

I generally expect to see a mess in the back of the mouth when I hear "my dentist doesn't need to use a speculum or sedation." I'm not on the power tools or no power tools bandwagon. Tools are only as good as the hands holding them. The most over-floated horse we've ever seen was done by a dentist that only used hand tools. The most under-floated horse we've ever seen had been done by a dentist that used power tools. Hence, I have no dog in the power tools or not fight. Every dentist we have worked with uses both hand and power tools.

On the other hand I have a very strong opinion about the use of a speculum. I do think a speculum is needed to properly address the back molars. I very much believe that it is almost impossible to properly address the very back of the mouth without a speculum. I'm sure there is a dentist out there that can do it, we just haven't seen their work yet. Instead we see horses with giant hooks in the back of their mouths.

The 2016 dental days are officially here. 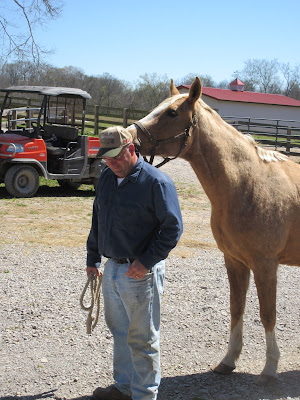 Jason saying "that tickled" and Trigger saying "I'm not sure that tasted very good." 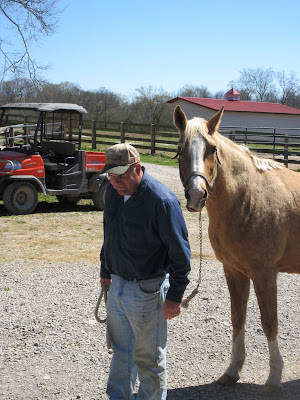 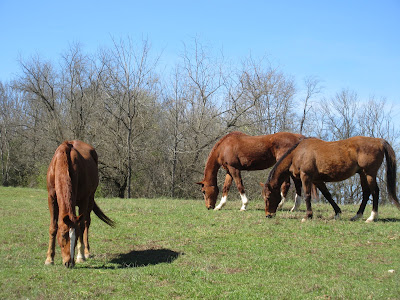 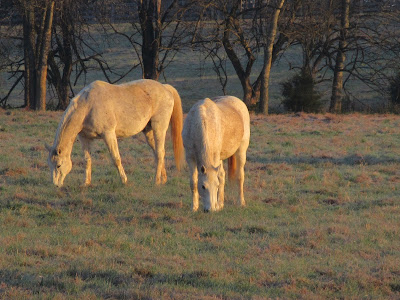 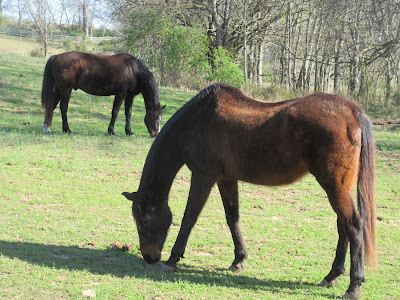 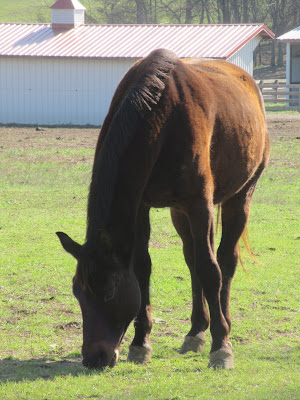 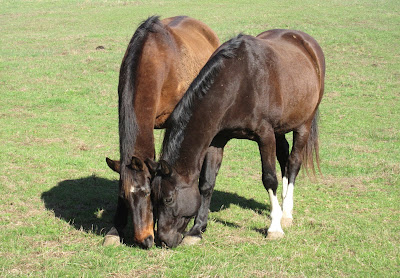 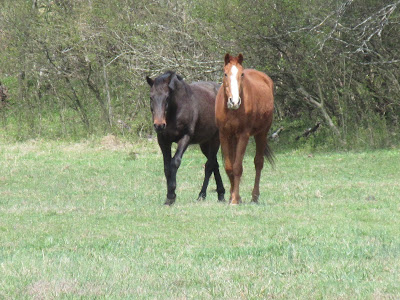 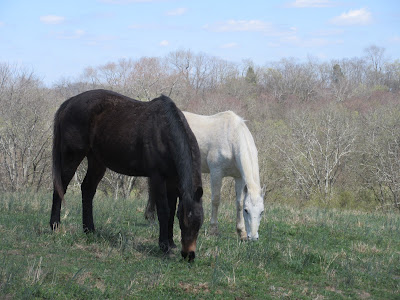 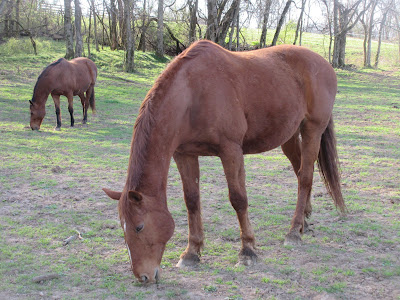 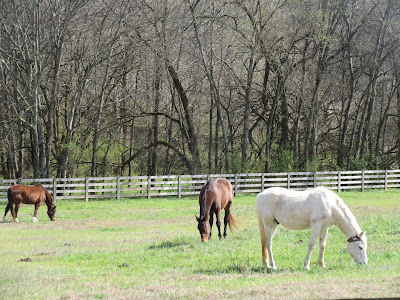 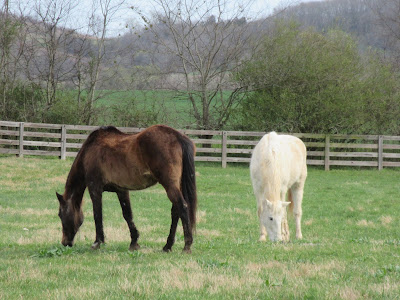 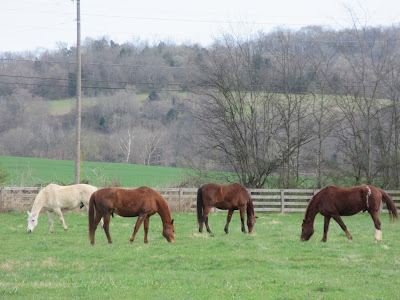 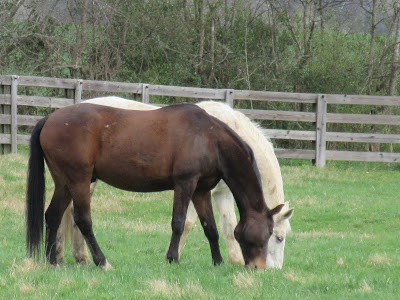 Posted by Melissa-ParadigmFarms at 9:00 PM

Our vet/dentist prefers us to haul in, and we just finished two weeks of three-horse trips! I don't envy you your herd in this regard.

I agree about the speculum - it's essential for getting to the back of the mouth, and also often/usually requires some sedation. I'm suspicious of power tools in the hands of folks who are either poorly trained (and this would apply to a lot of vets as their training rarely includes significant dental learning) or who are in a hurry to do as many horses as possible in as short a time as possible (usually to make as much money as possible).

My guy also cares a lot about the condition/alignment of the incisors, and for that portion, he obviously can't use a speculum. He also doesn't use the pull-the-tongue out of the mouth technique - this is often used too casually by many, including some vets, and if done wrong can result in pain and nerve damage to the tongue. He just, rather elegantly, lays his hand across the "gap" in the teeth to keep the horse's mouth open and uses hand tools to adjust the incisors.

Dawn has been "promoted" to the dental surgeons at this point due to her extreme dental issues - but then she's always been special . . .