Jason has been putting in a lot of quality time on the tractors over the last couple of weeks. As I mentioned in my last post he's been making compost piles in each pasture. He piles up all of the wasted hay and the manure collected around the hay feeders to make big compost piles in each pasture. If we get normal levels of rain over the next few months we'll be spreading the fully composted piles in September-ish.

Jason has also been reseeding the pastures and spreading fertilizer. He's pretty much been doing all of the things lately. Everyone knows one of my hot buttons topics is for someone to make a comment along the lines of "at least the grass is free" when they see the horses grazing on their pretty pastures during the growing months. Forget all of the equipment needed to maintain the pastures such as bush hogs, sprayers, tractors, etc. We've spent a few thousand dollars on grass seed and fertilizer in the last couple of weeks.

We usually do a split application of fertilizer. Right now we're fertilizing the cool season grasses. In late May or early June, as long as we have appropriate rainfall, we will fertilize again to give a boost to the warm season grasses. Unfortunately our compost piles do not provide nearly enough fertilizer for the farm. It does make Jason wince when he sees farms paying to have all of their manure and bedding hauled away. Compost it and give yourself some all natural fertilizer. 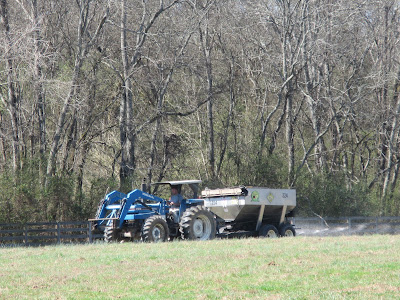 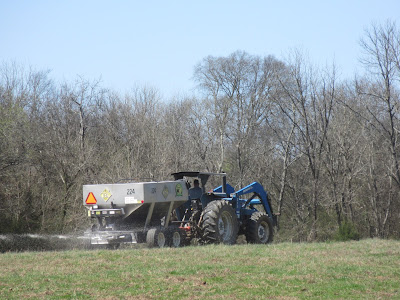 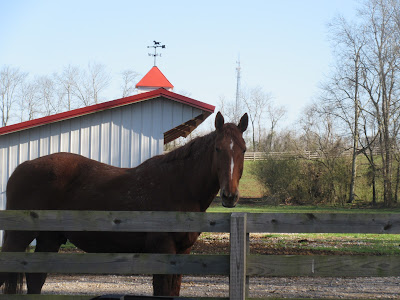 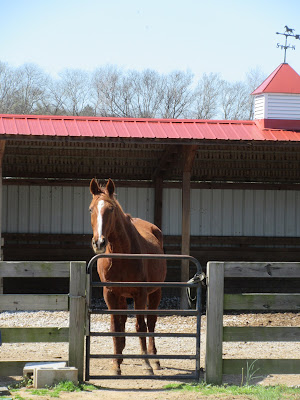 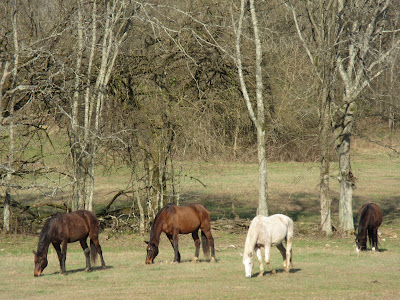 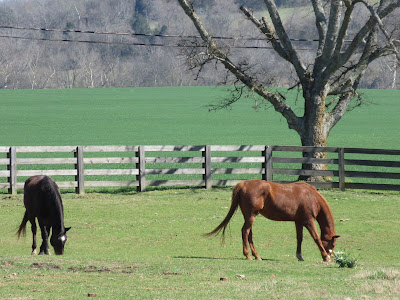 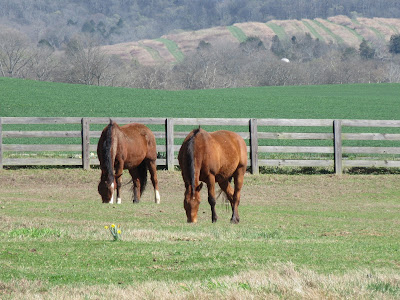 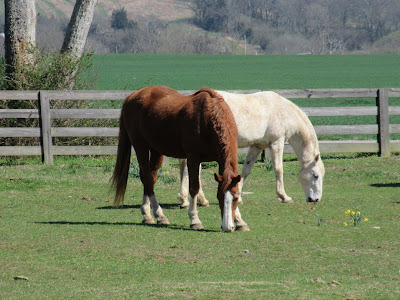 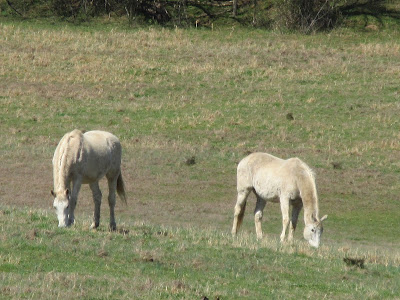 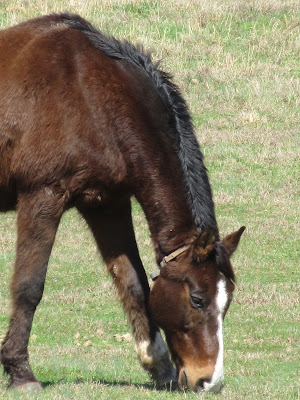 Elfin and Apollo striking a pose 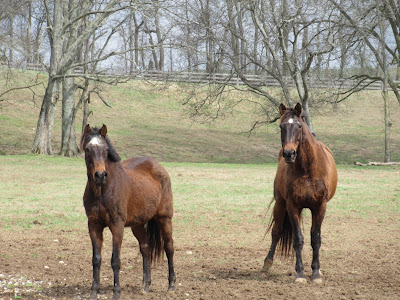 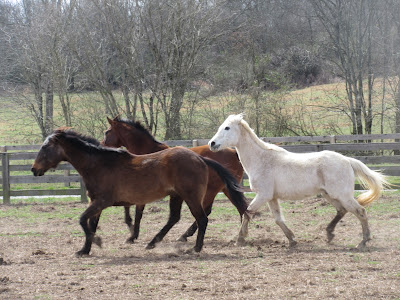 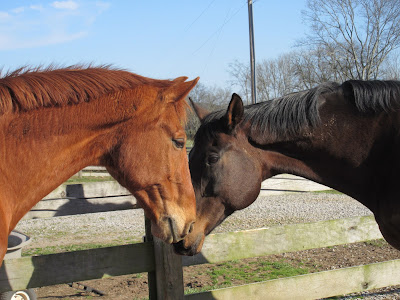 the pet cows having yet another lazy day 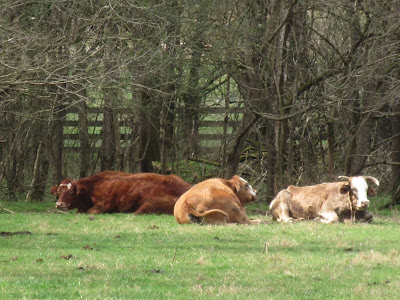 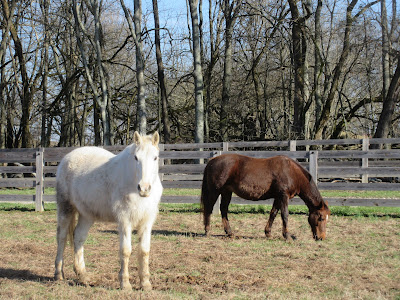 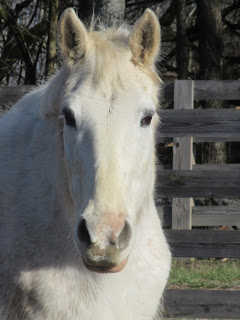 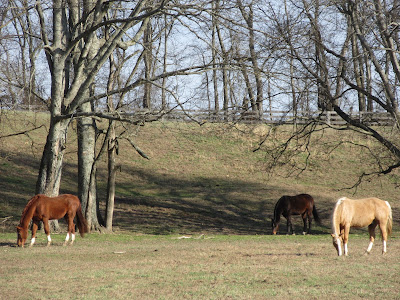 Posted by Melissa-ParadigmFarms at 9:28 PM

I would appreciate any information you might have as Jason seems very knowledgable about these kinds of things. Thank you!

I love the sounds of tractors, and most around here are antiques. Yesterday I heard one working and it got very loud so I looked out and sure enough, one was spreading liquid cattle waste in the field in front of our house. Oh, that smell, I'll never get used to that. Soon all the fields around us will be streaked with black.

Around here, compost = black gold.
And there ain't no free. ;D