You will recall that Jason built the goats a new goat sized run-in shed a few months ago. He spent lots of time in the planning and designing phase and built the goats a hurricane proof shed. This is a very important feature in land locked Tennessee where hurricanes are a real problem.

We recently realized that Jason made one key mistake in building the shed. No, I'm not talking about the fact that she shed has black shingles instead of red shingles, no cupola and isn't pained white. He positioned it too close to the fence. For awhile no goats or humans realized this strategic error had been made. Miss Lyle would nap, sun herself and look around at the world from the roof of the shed (Mina and Jo are mostly too lazy to jump up on the roof). 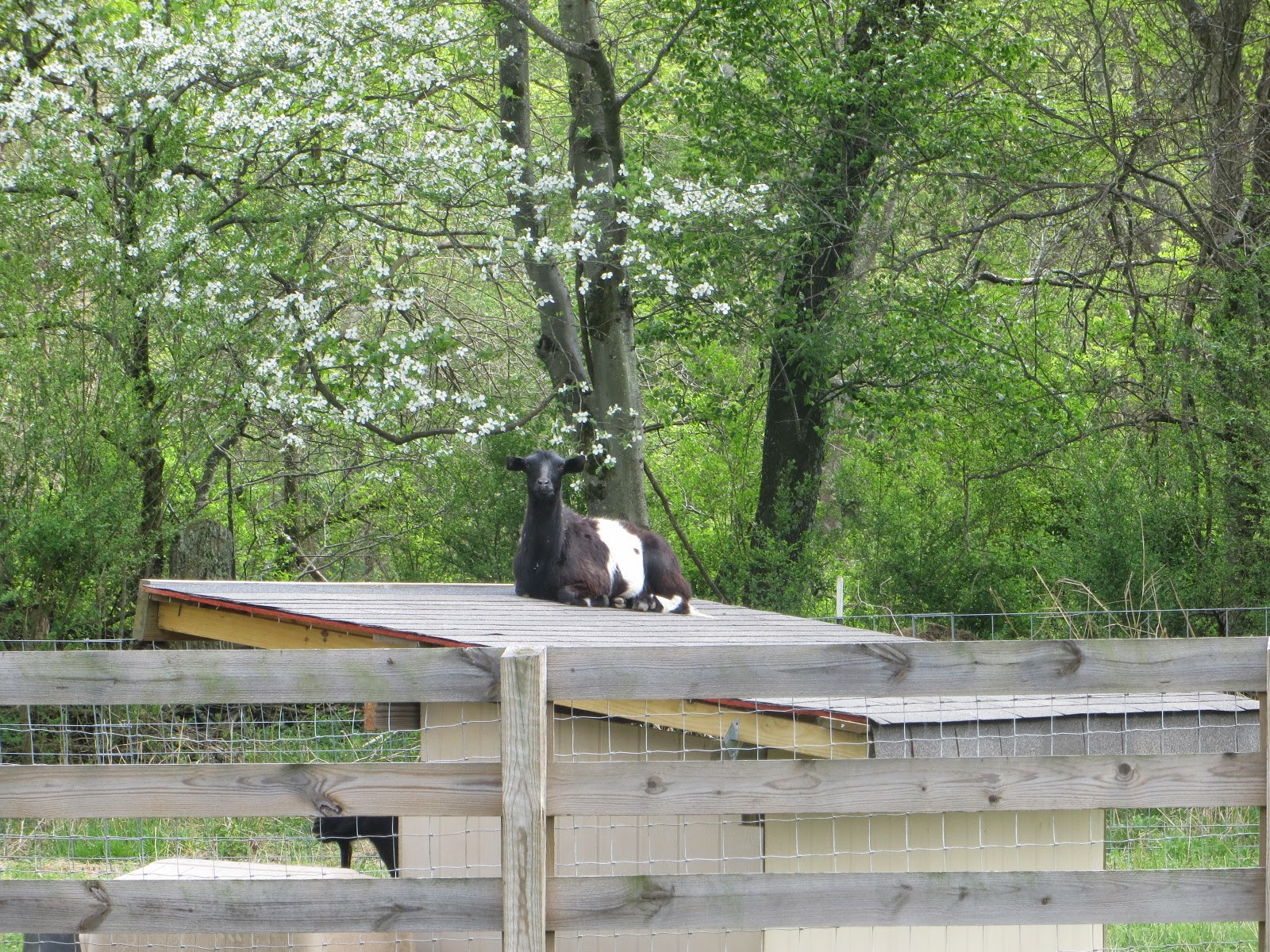 A couple of weeks ago I was watching Lyle as she was hanging out on the roof of the shed. She walked over to the edge of the roof and was seriously studying the world on the other side of the fence. I walked over to take her picture. About a millisecond after I took her picture she made the big leap to freedom and jumped out of the goat paddock. 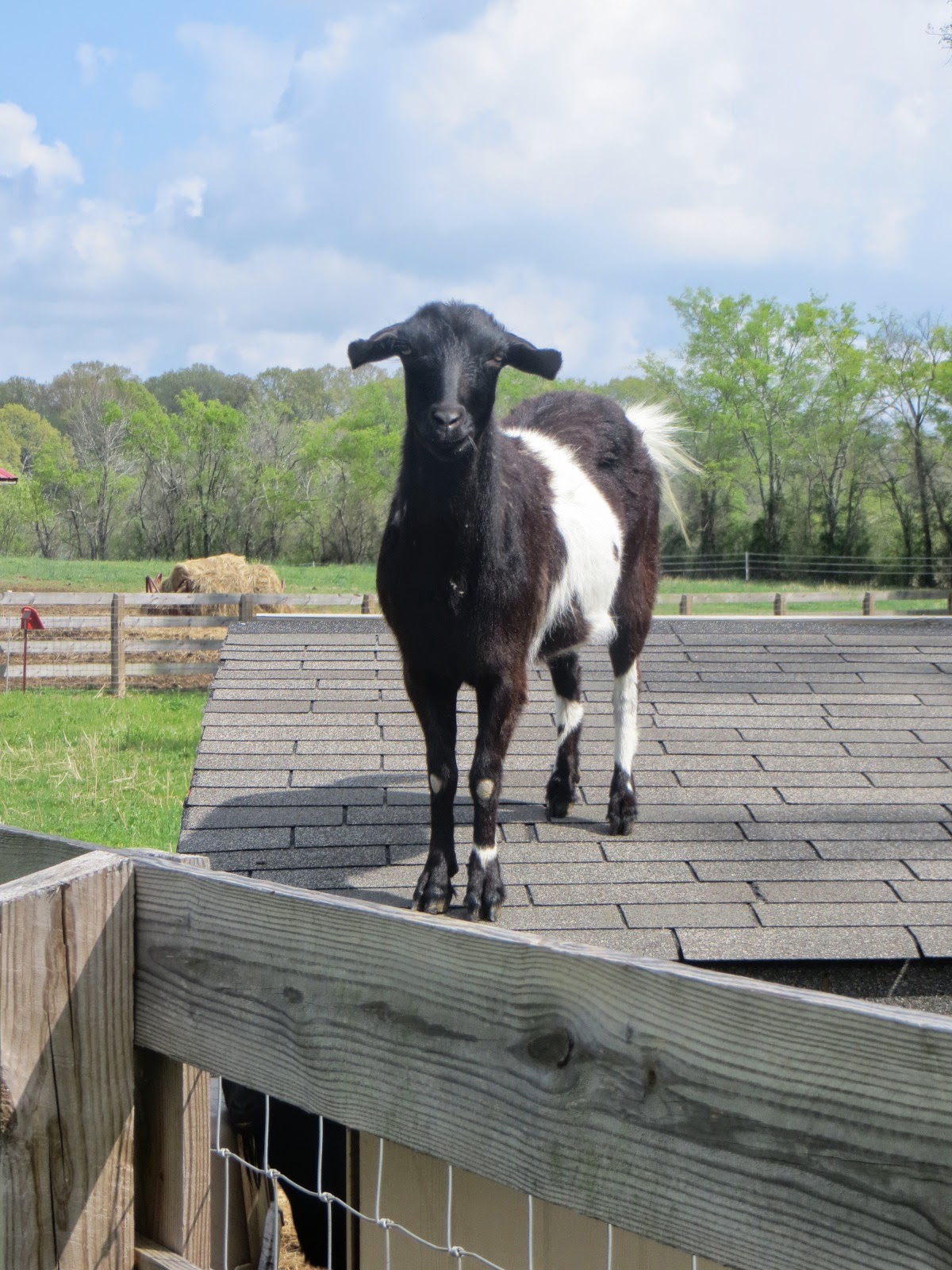 At first I thought we were going to get an easy reprieve from Lyle's discovery. As soon as she realized Mina and Jo were not going to be joining  her on the other side of the fence the only thing she wanted was back in the goat paddock. I walked over to the gate and opened it and Lyle bounded back inside. Problem solved, or so I thought.  I should have known that she wasn't going to make life that easy. A couple of days later when Jason and I went to the back barn there was Lyle standing on the driveway, most definitely not standing in the goat paddock.  She started jumping out of the paddock regularly.

Miss Lyle where she wasn't supposed to be 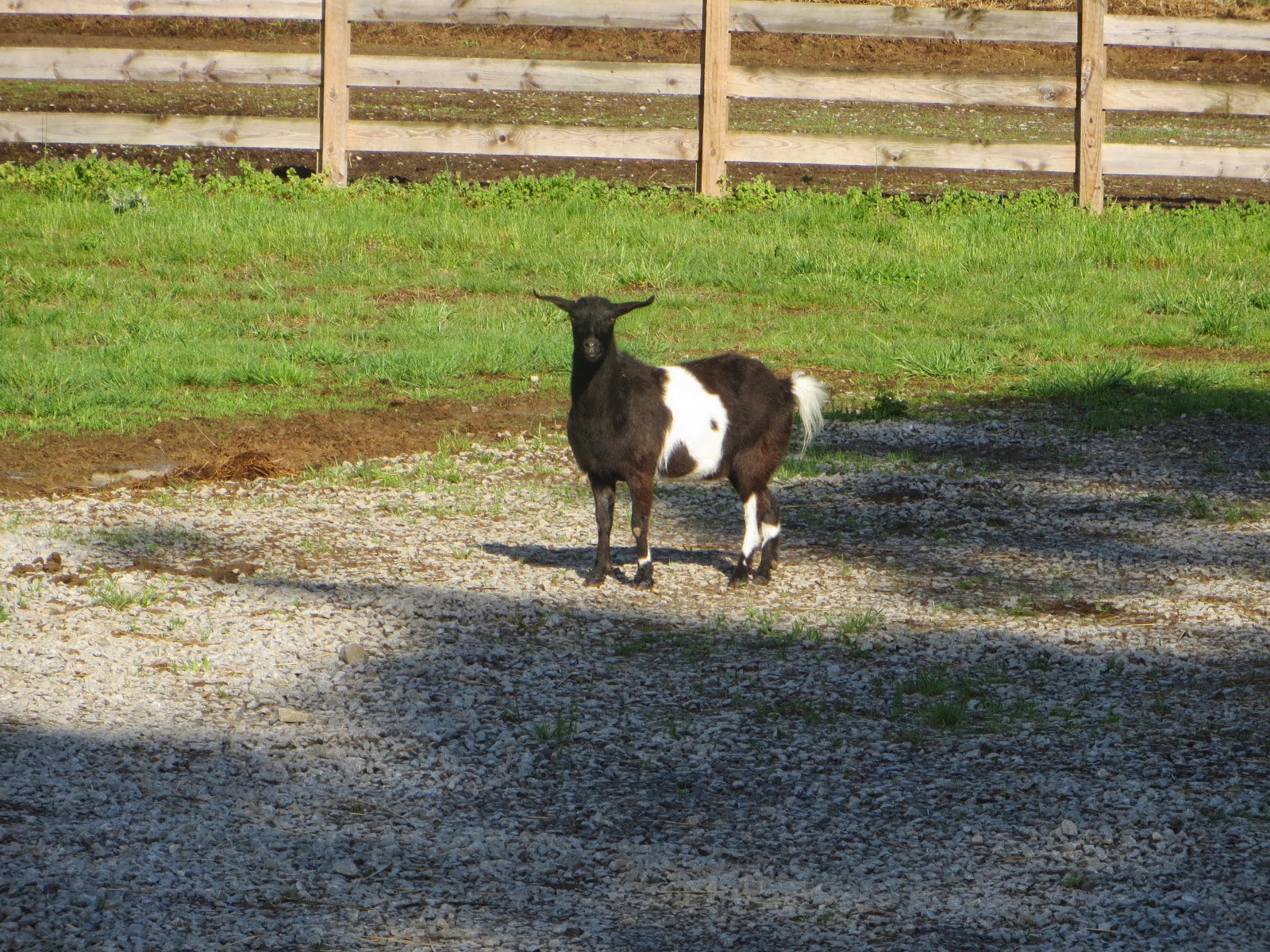 For a non fainting goat jumping out of the paddock to go on an exploring session wouldn't be that big of a deal. However when you are a fainting goat the world is a dangerous place. A couple of examples of things that can easily happen when you faint run are things like getting run over by a car on the driveway or getting mauled and eaten by a coyote.  Since we never have anything to do anyway Jason took advantage of his abundant free time and made some modifications to the fence by the goat shed. Miss Lyle now has an obstructed view when sunning herself on the roof thanks to the addition of the goat panel on top of the fence. To say she does not approve of this change is an understatement.

Miss Lyle does not approve of this fence modification 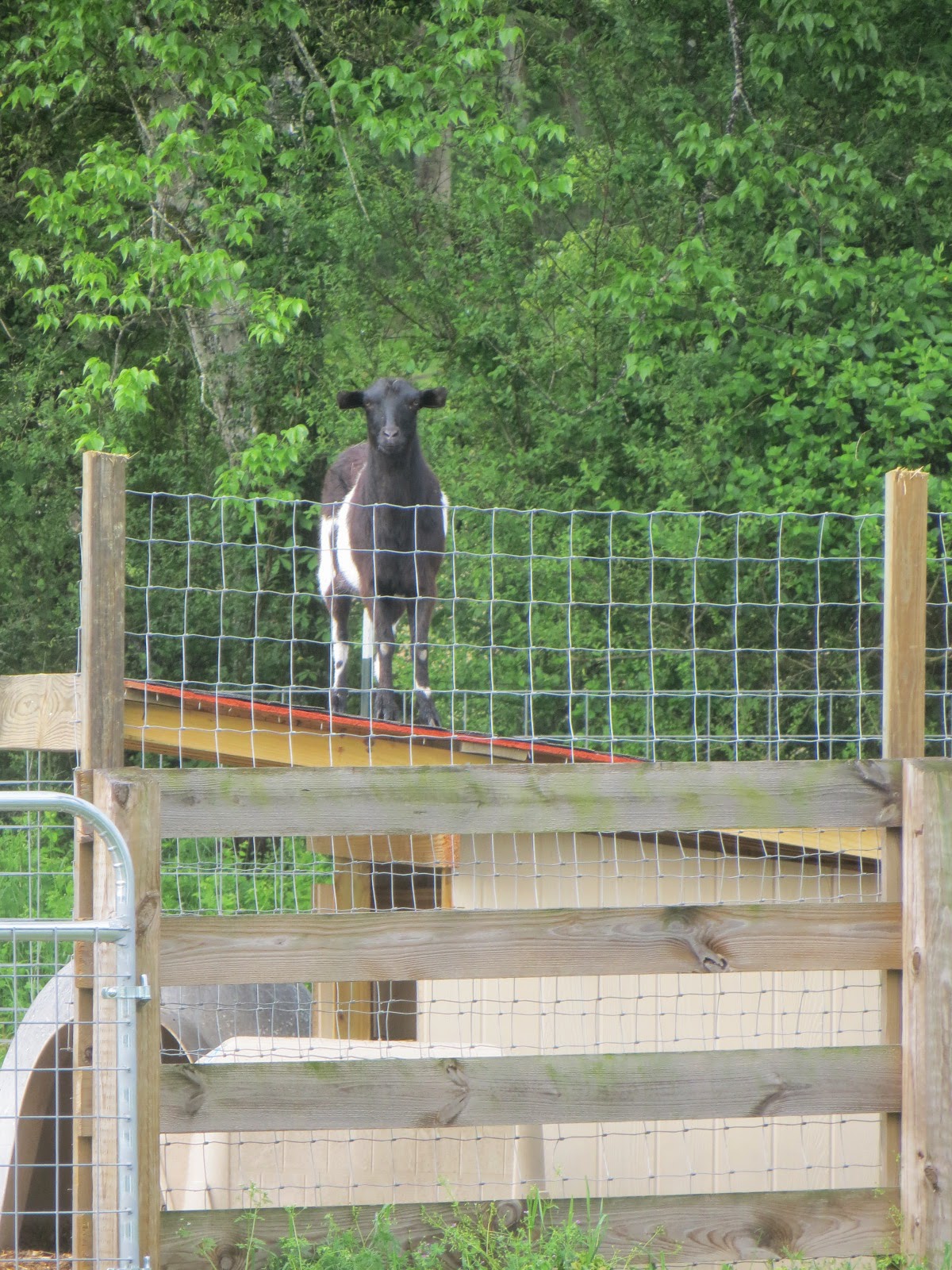 fine, I'll stand over here instead 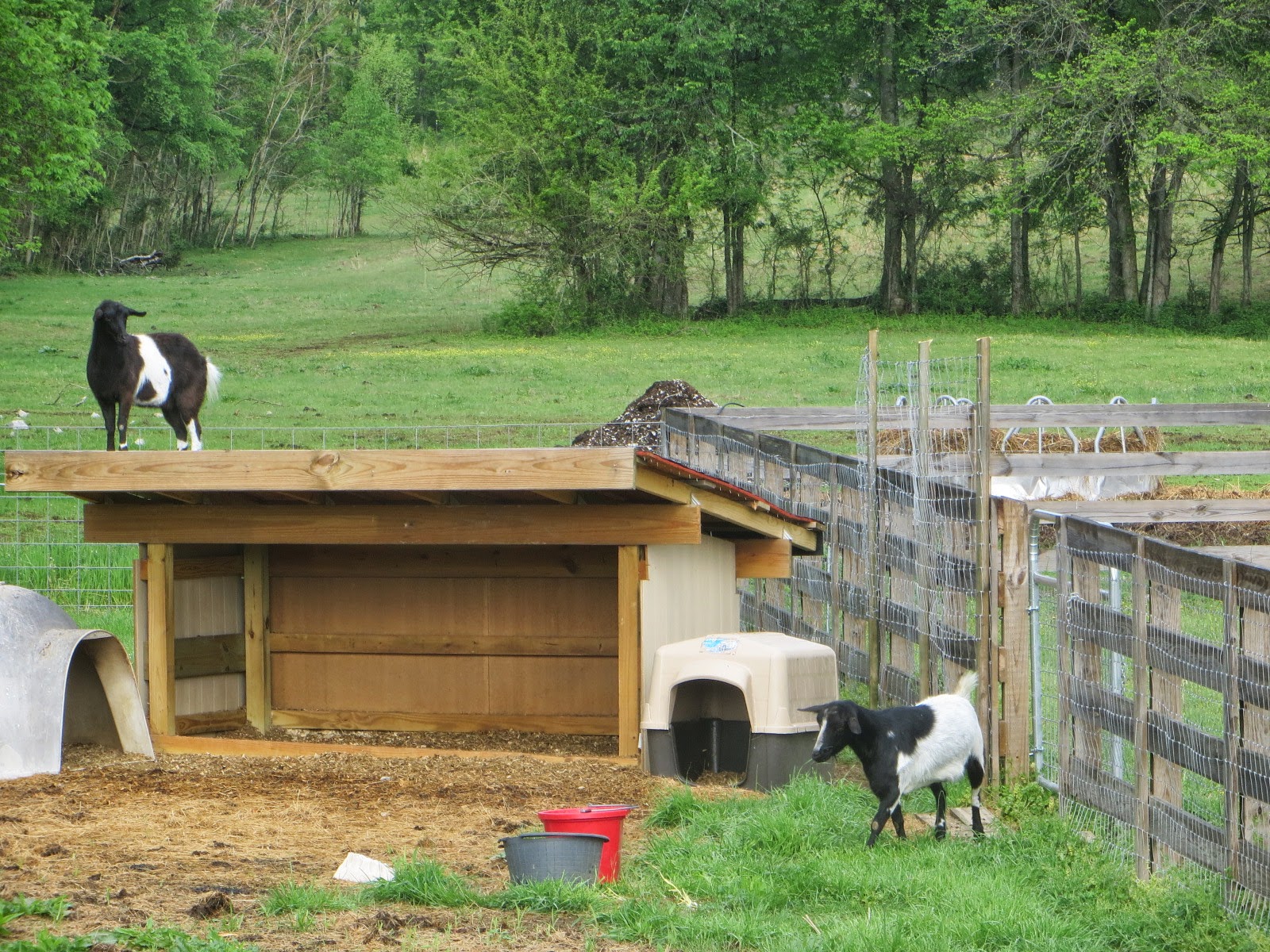 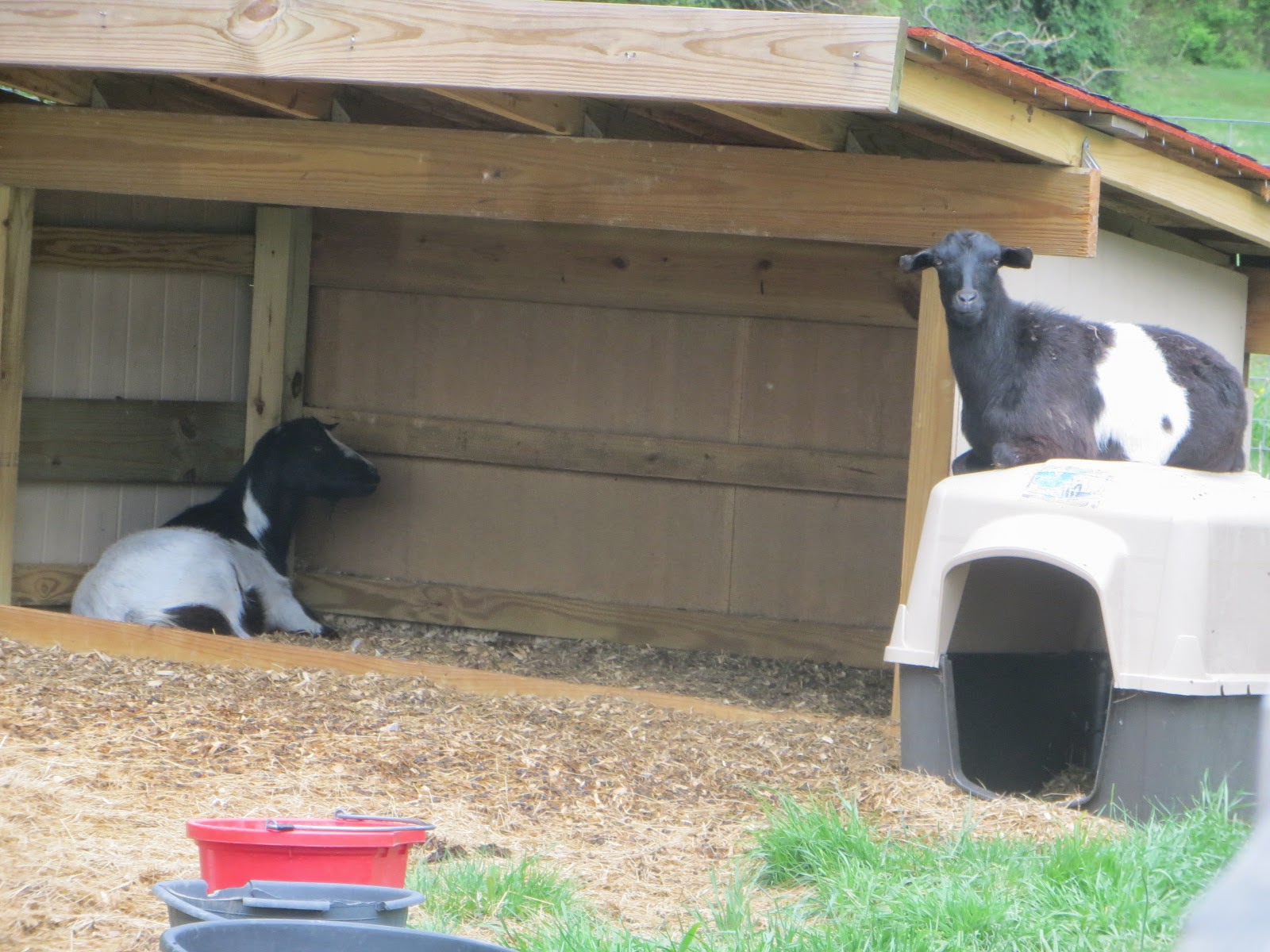 I think she is contemplating whether or not she can thread the needle and jump out through the gap at the top of the gate. 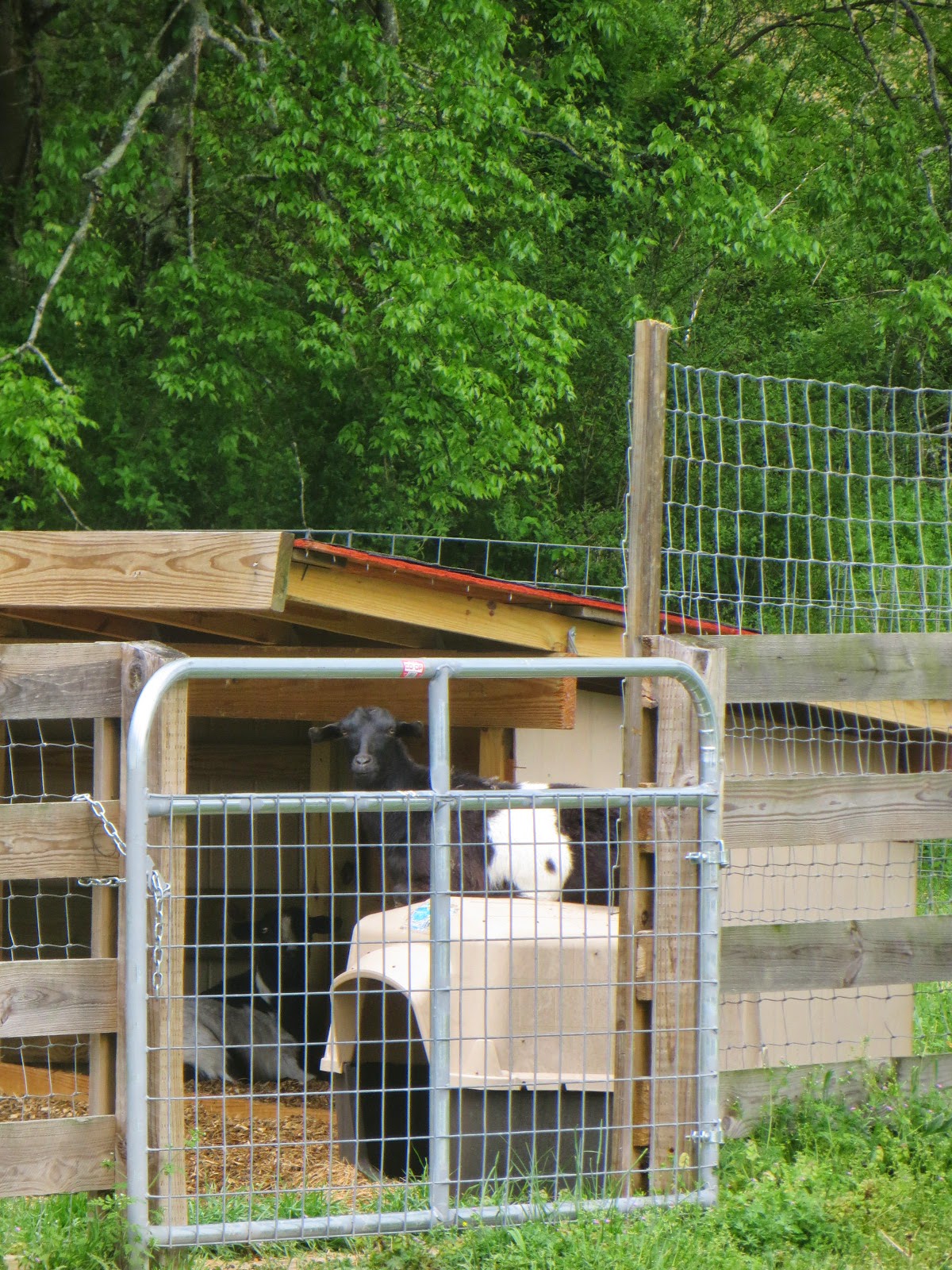 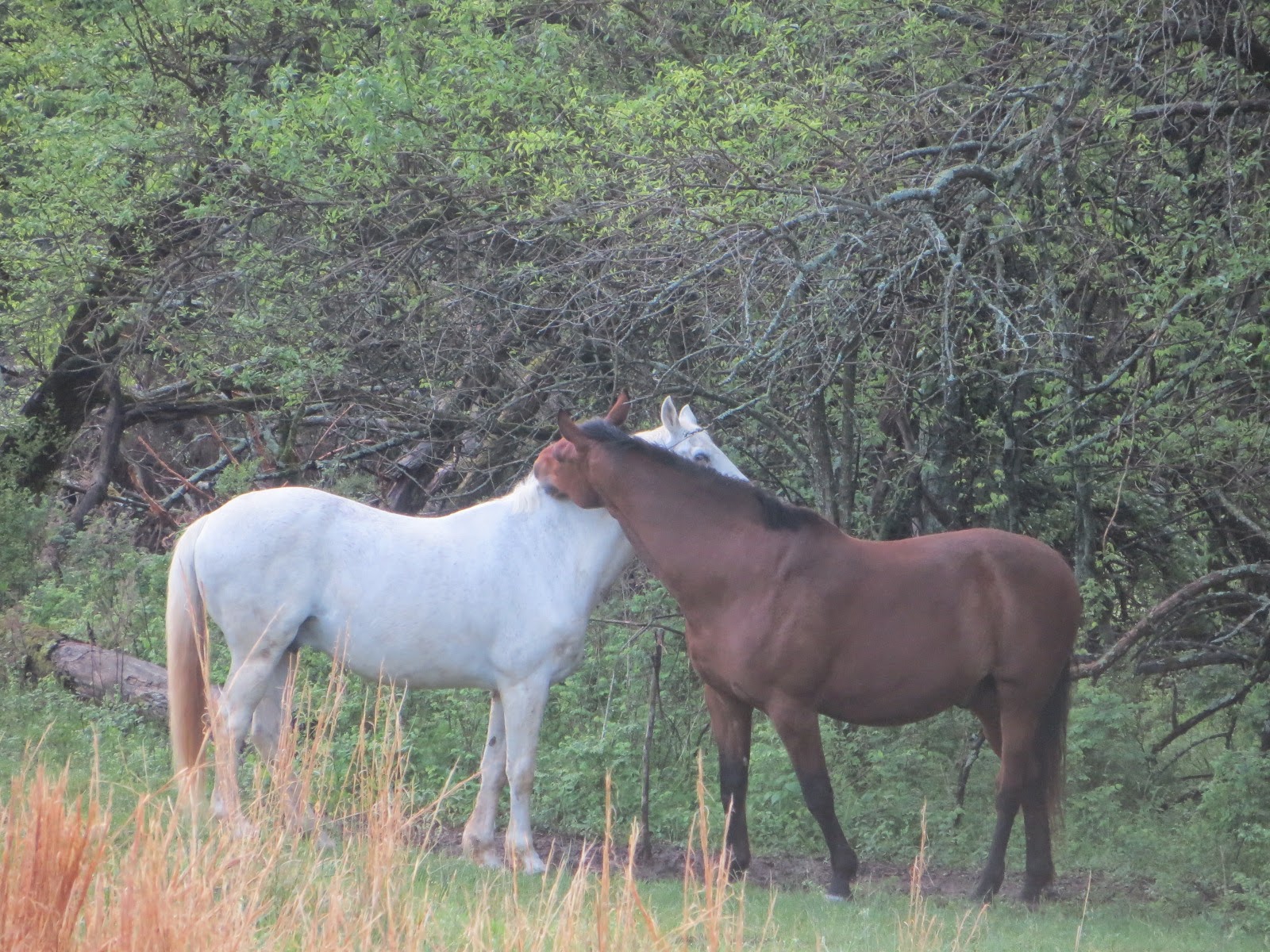 Toledo and Johnny on the run 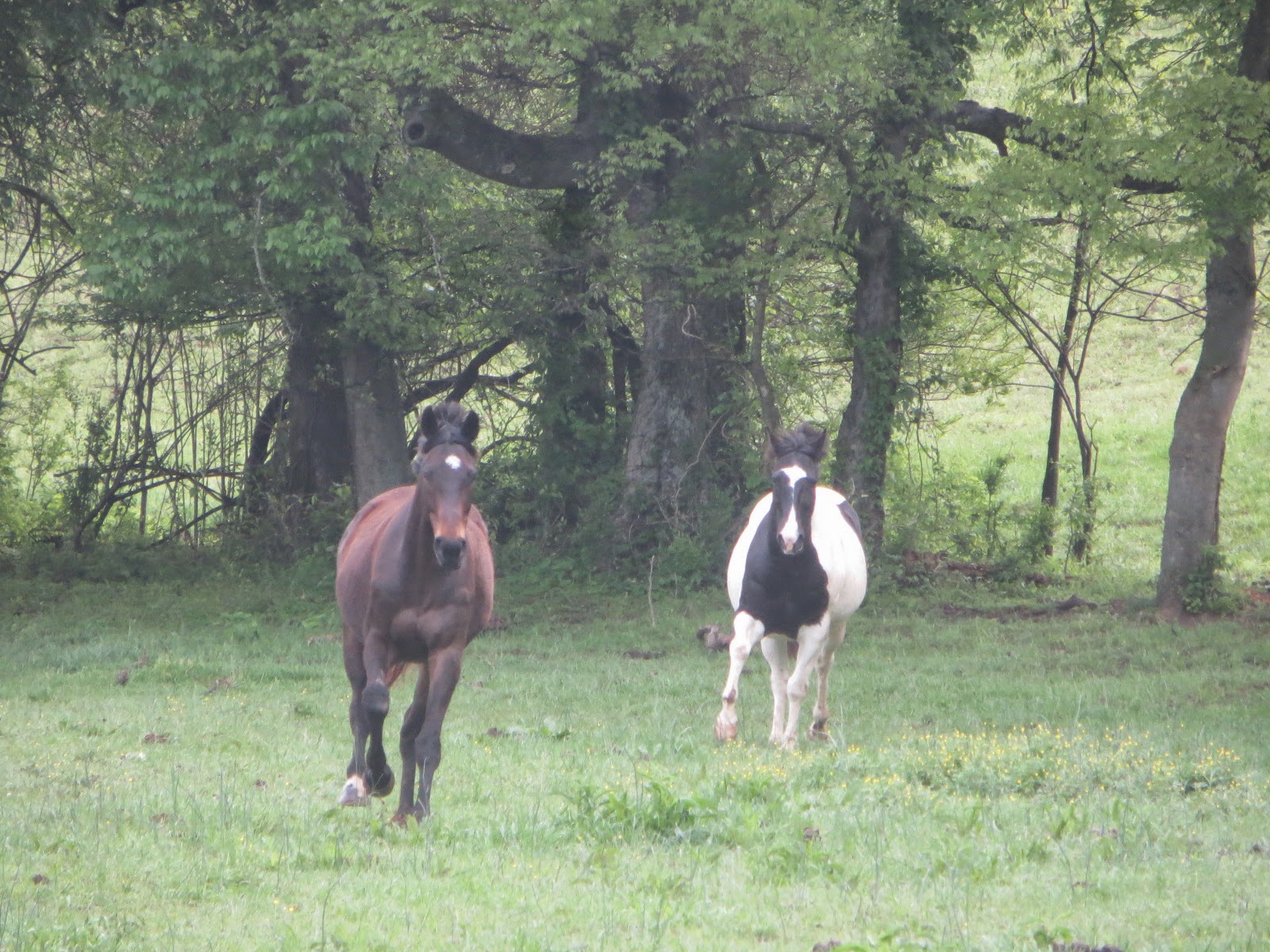 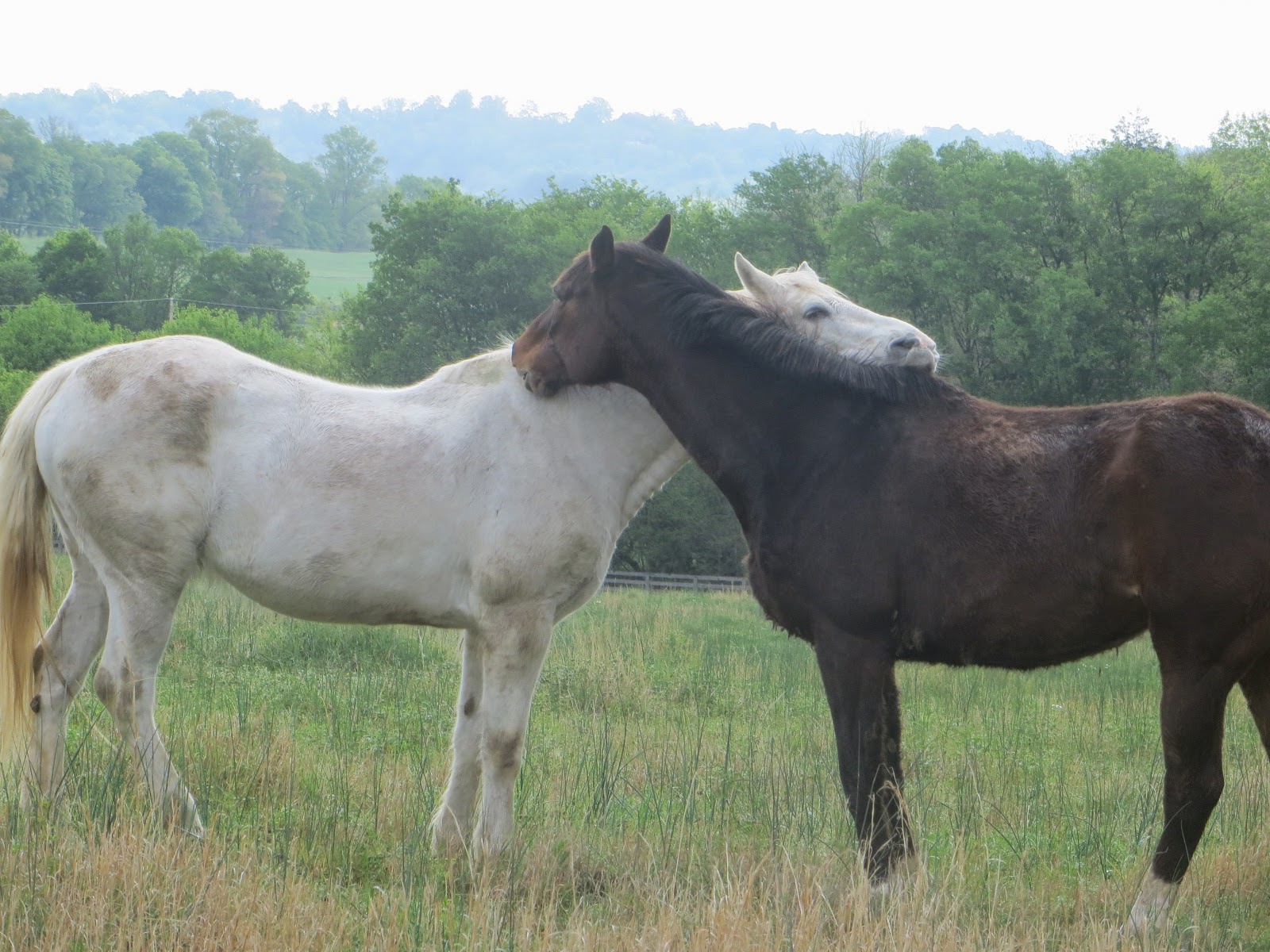 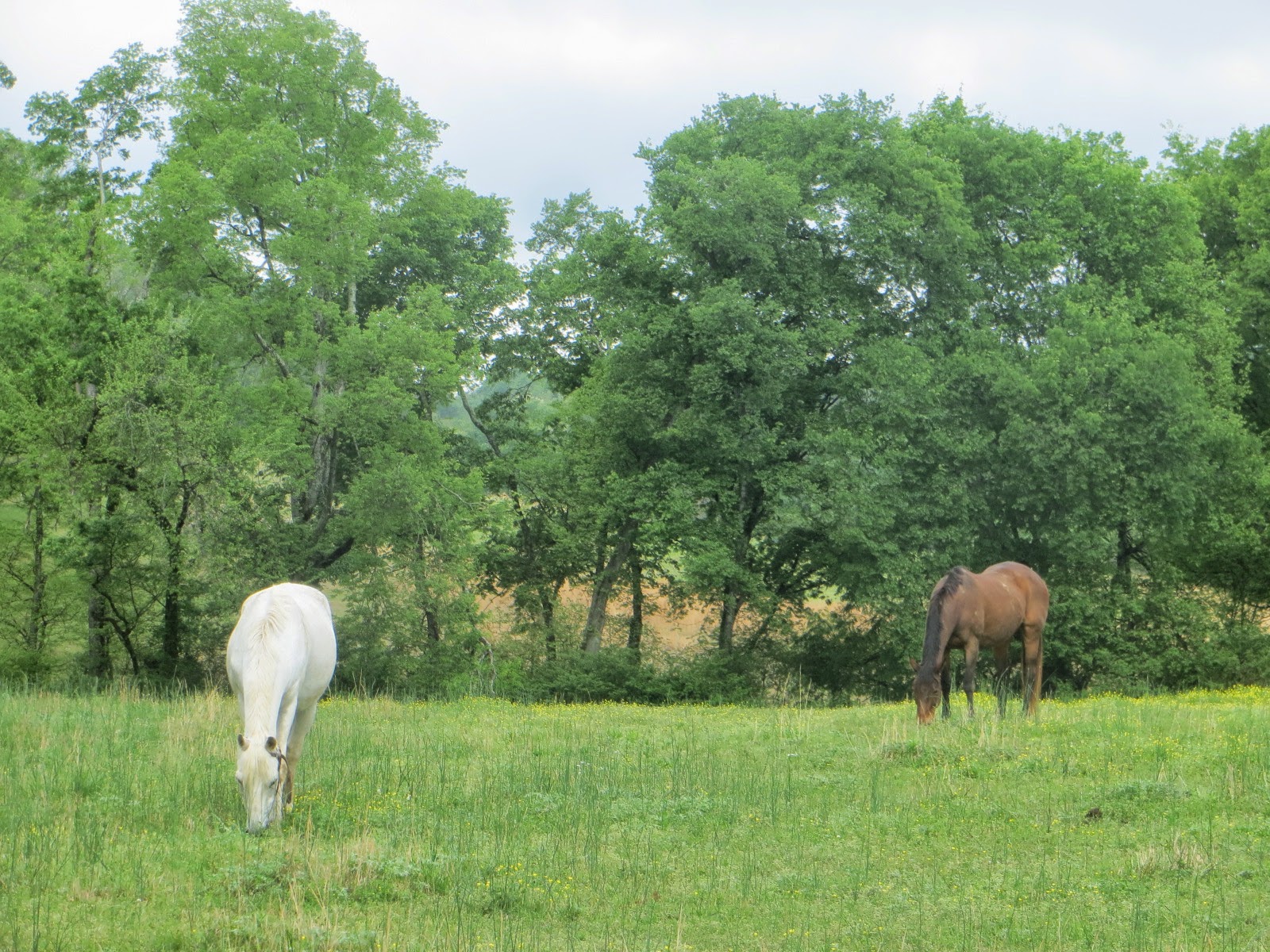 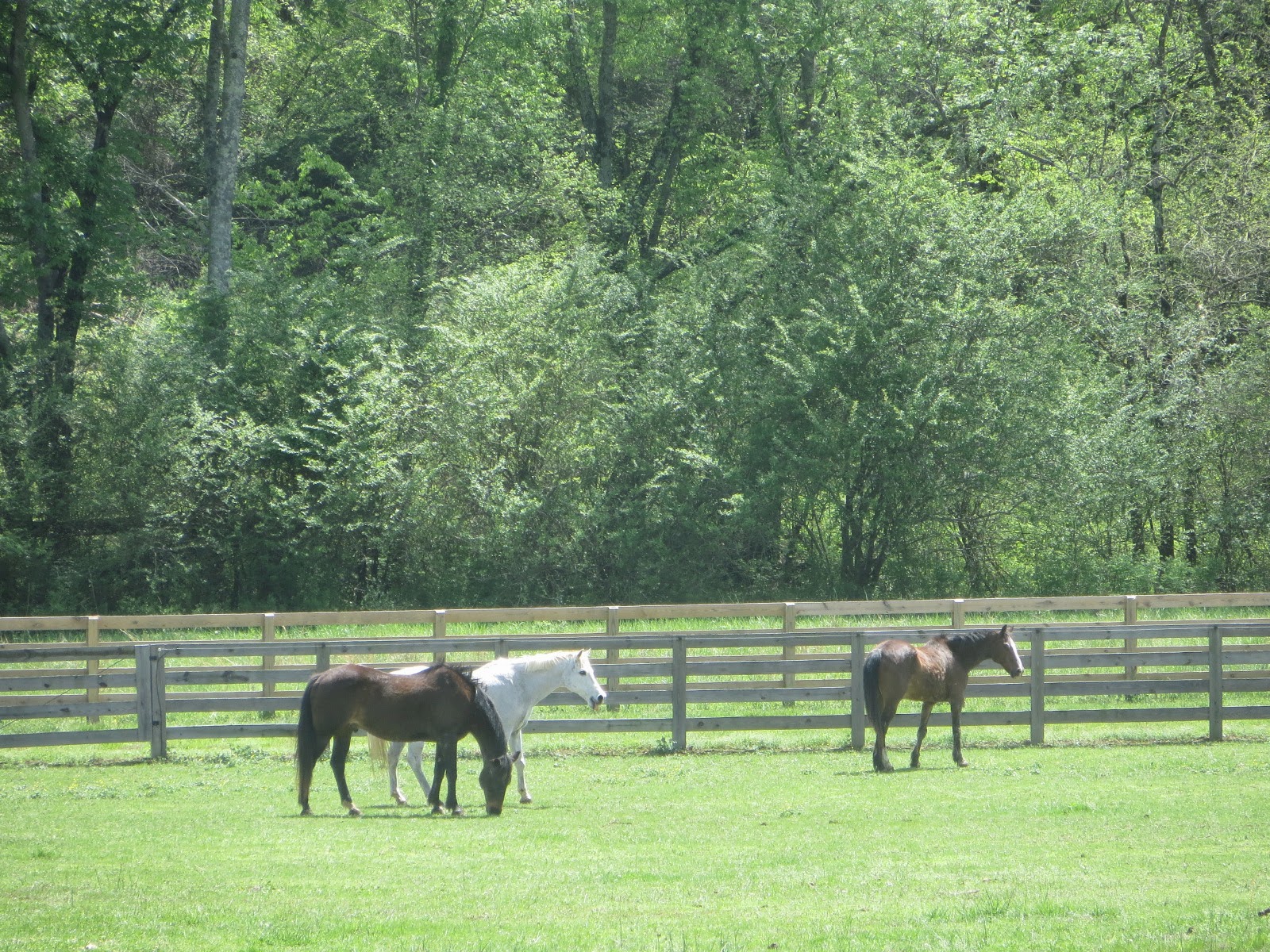 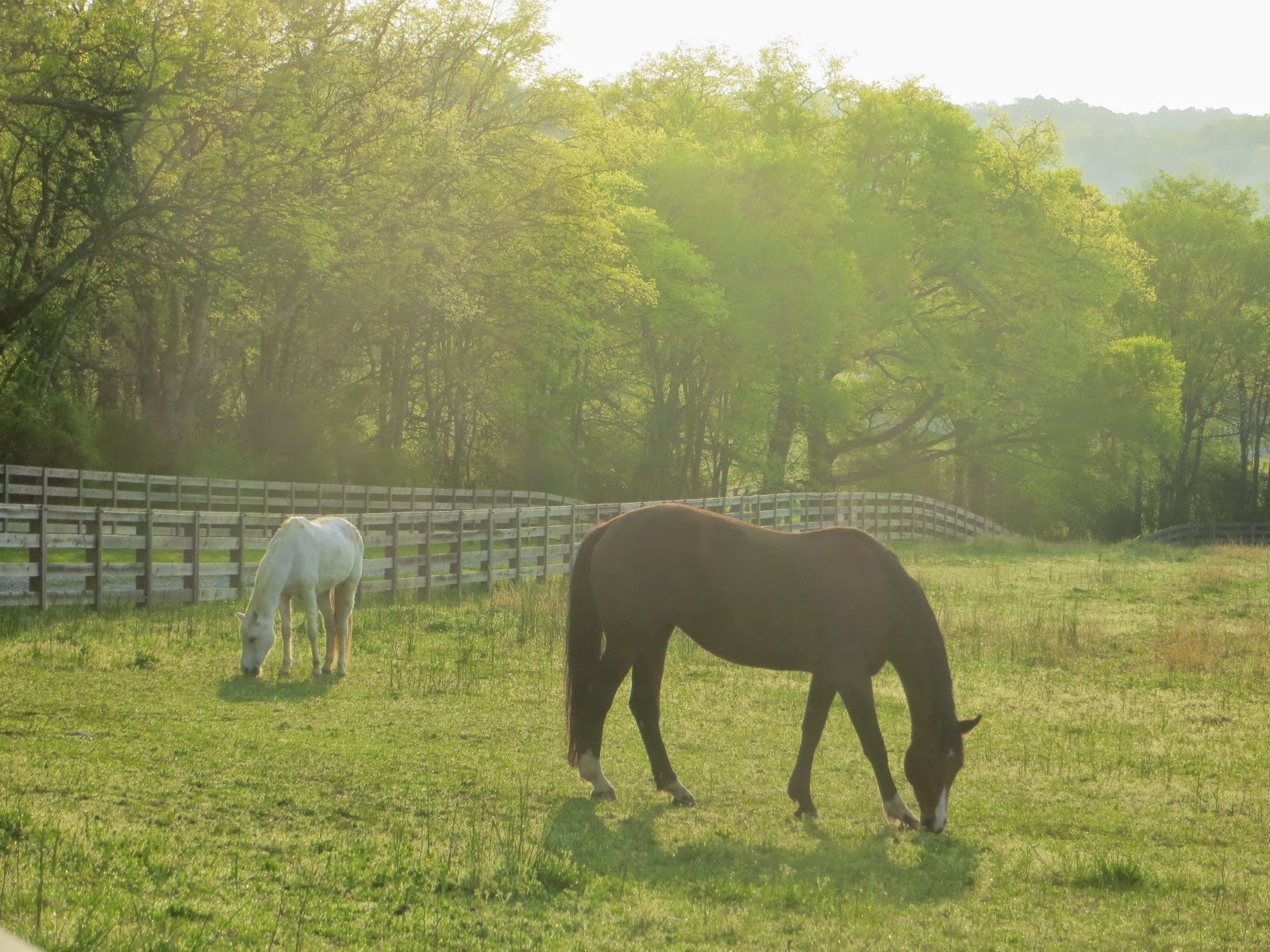 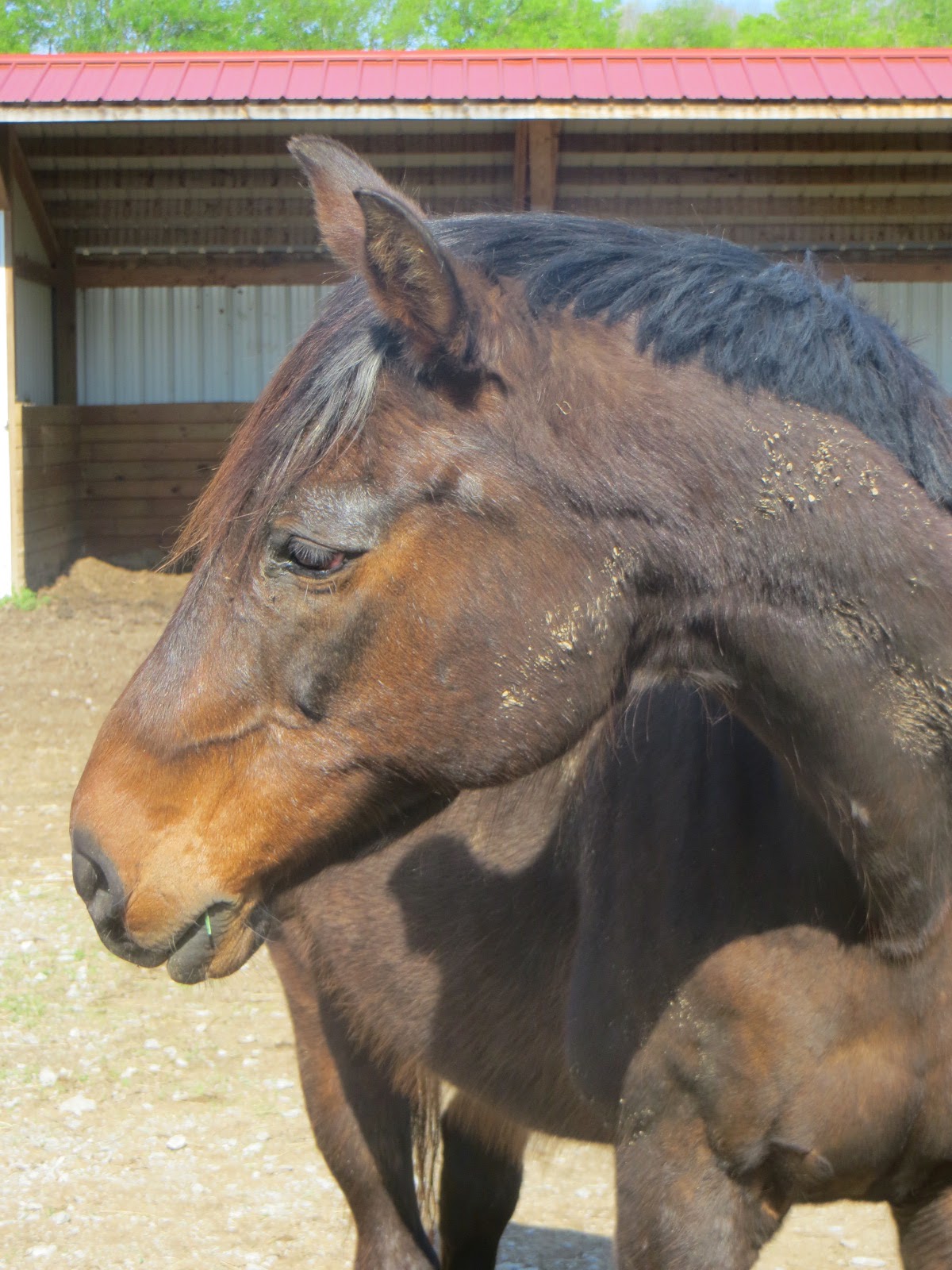 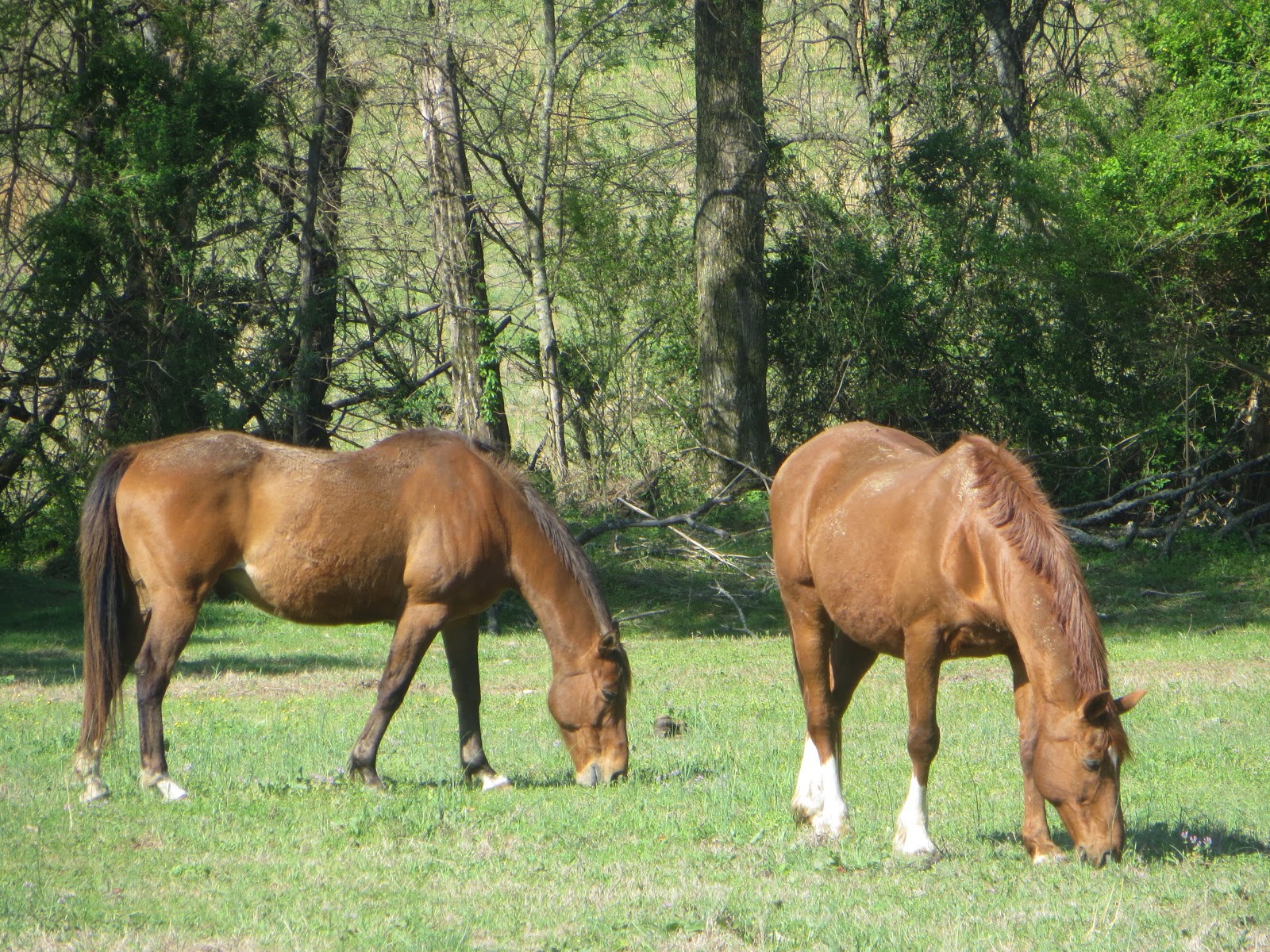 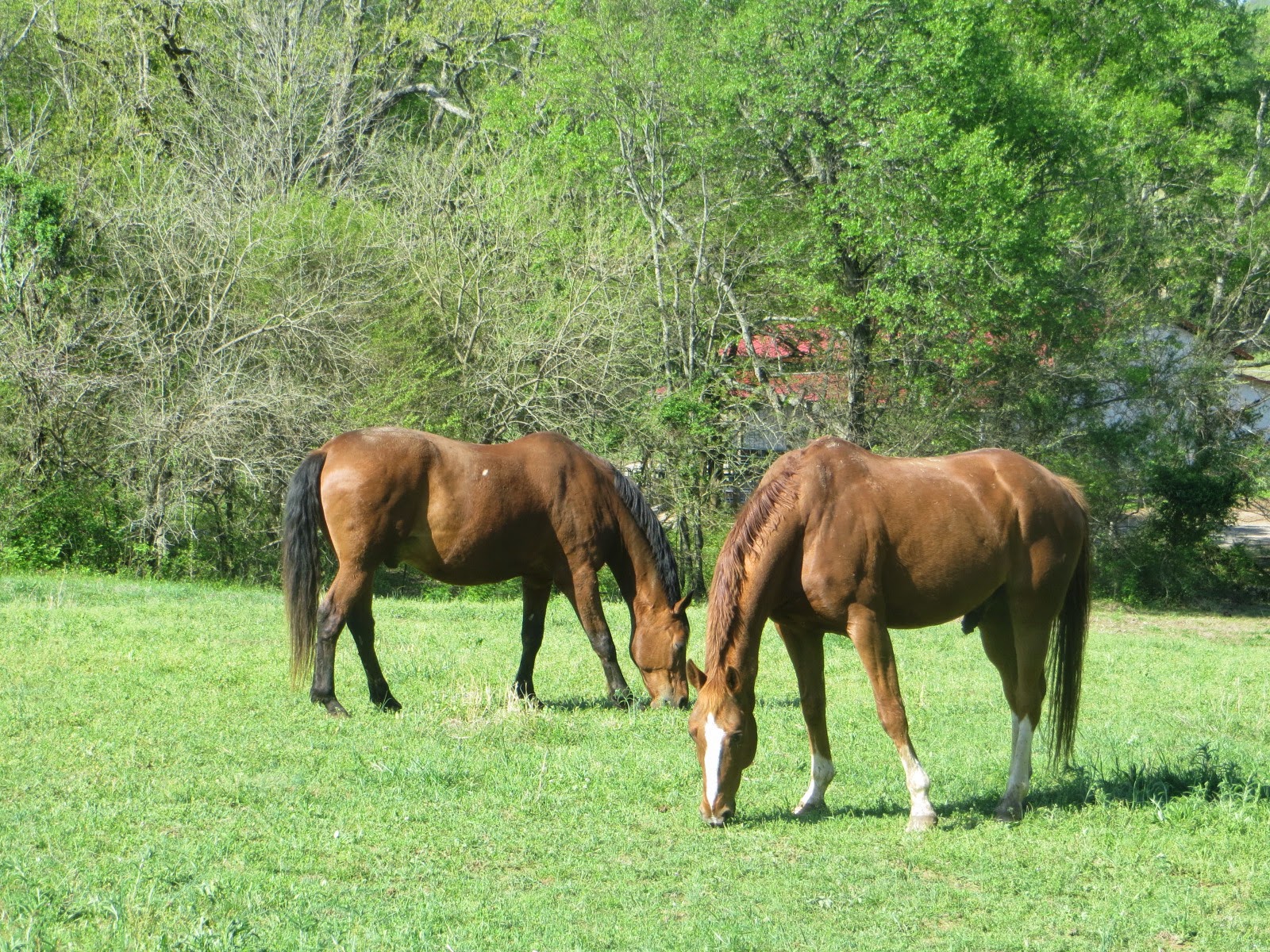 Posted by Melissa-ParadigmFarms at 9:50 PM

Email ThisBlogThis!Share to TwitterShare to FacebookShare to Pinterest
Labels: goats