I told Jason today that maybe the smartest thing we could do would be to buy a gravel pit. I think anyone would consider us addicted to the stuff. Jason will never, ever feel like our driveway has enough gravel on it.  I don't think either of us will ever think that we have enough gravel in our pastures around the gates and in the traffic areas.

We made it six entire weeks since our last day of gravel deliveries until we couldn't take it anymore. Like junkies in need of a fix we called our gravel guy yesterday and were absolutely gleeful when he said he would start delivering loads first thing this morning. At 8am our first gravel truck of the day rolled in. Sadly we had to stop after four loads. Four loads isn't nearly enough to satisfy our needs, but we comfort ourselves with the thought that it is four more loads than we had yesterday.

If anyone needs some last minute gift idea for us I'll be happy to give you the phone number for our gravel guy. We'll take anything from the big 3 to 4 inch rock down to crusher run. We're not picky AND we'll love you forever! 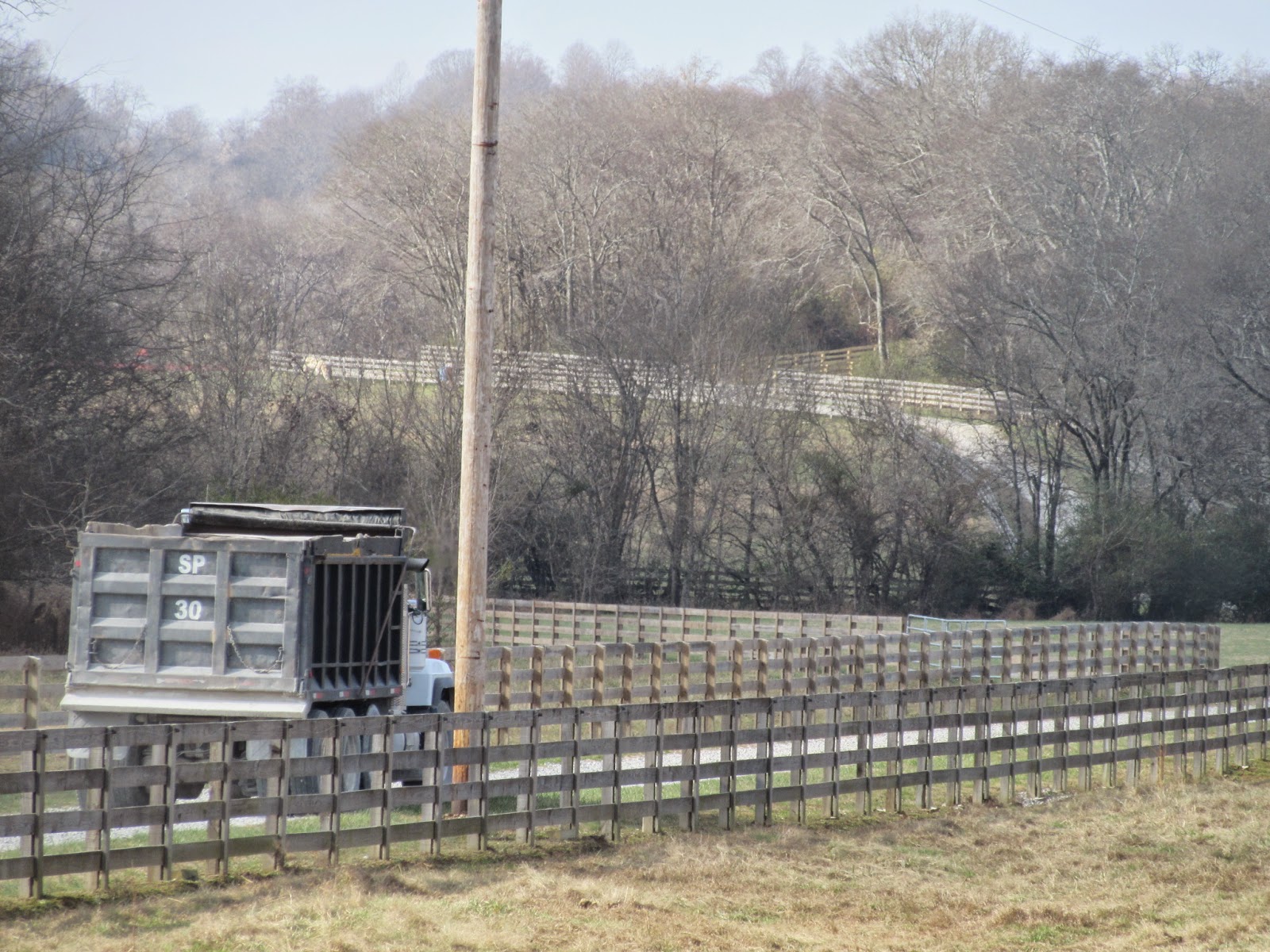 the sight of a gravel truck in the pasture . . . 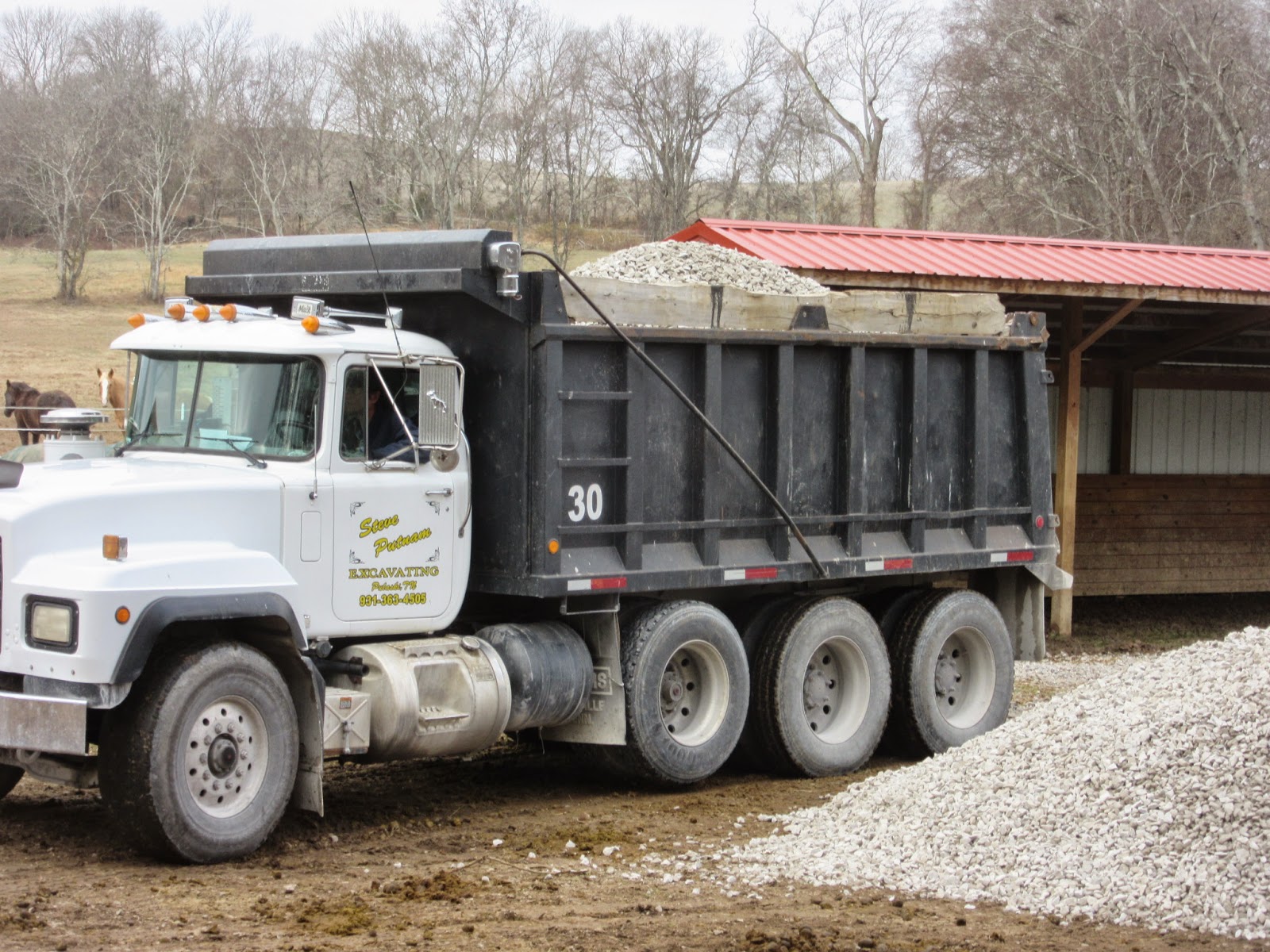 . . . leads to the horses huddled together and on high alert. Safety in numbers and all that. 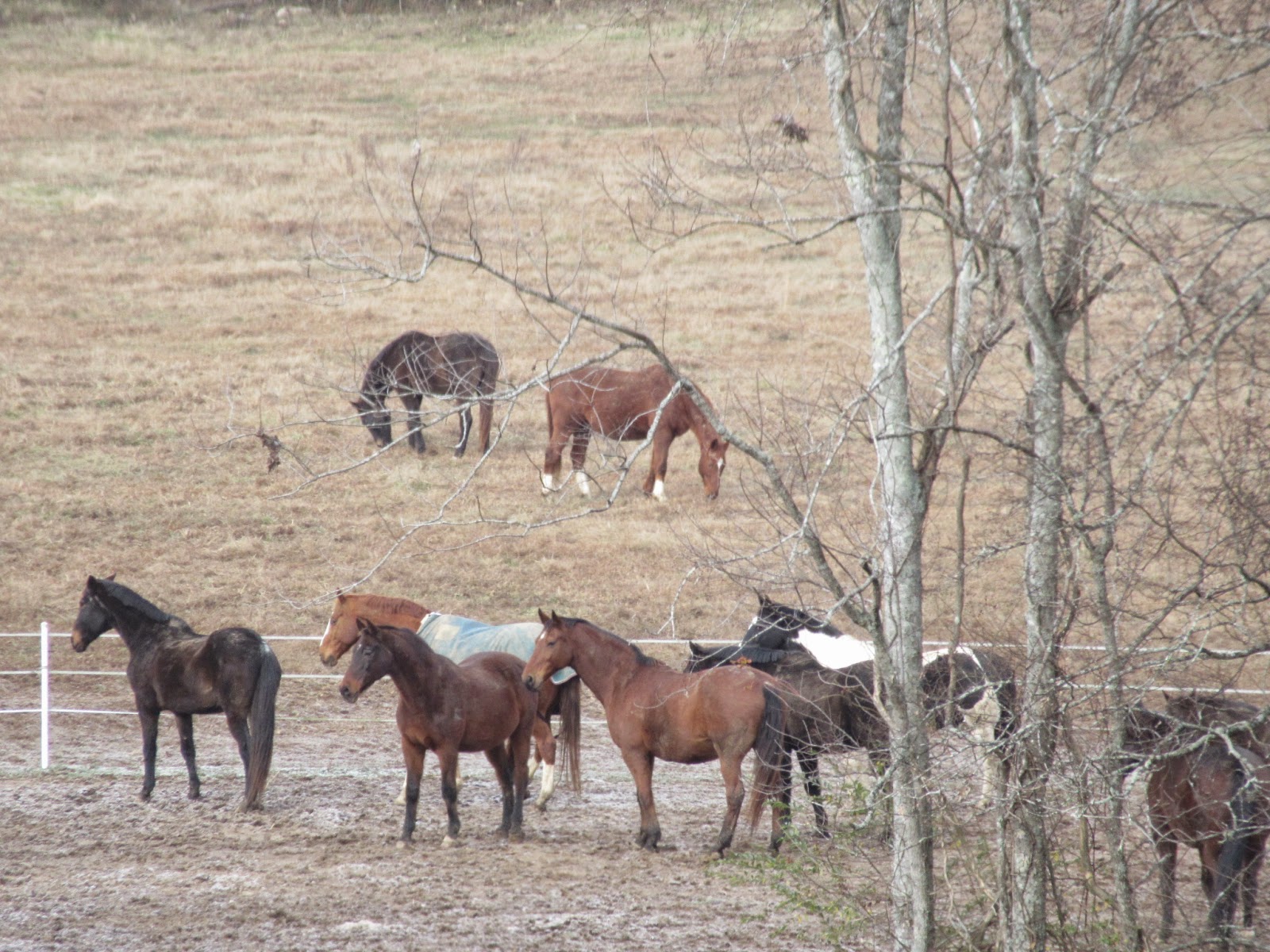 Johnny staring at the mysterious piles in his pasture 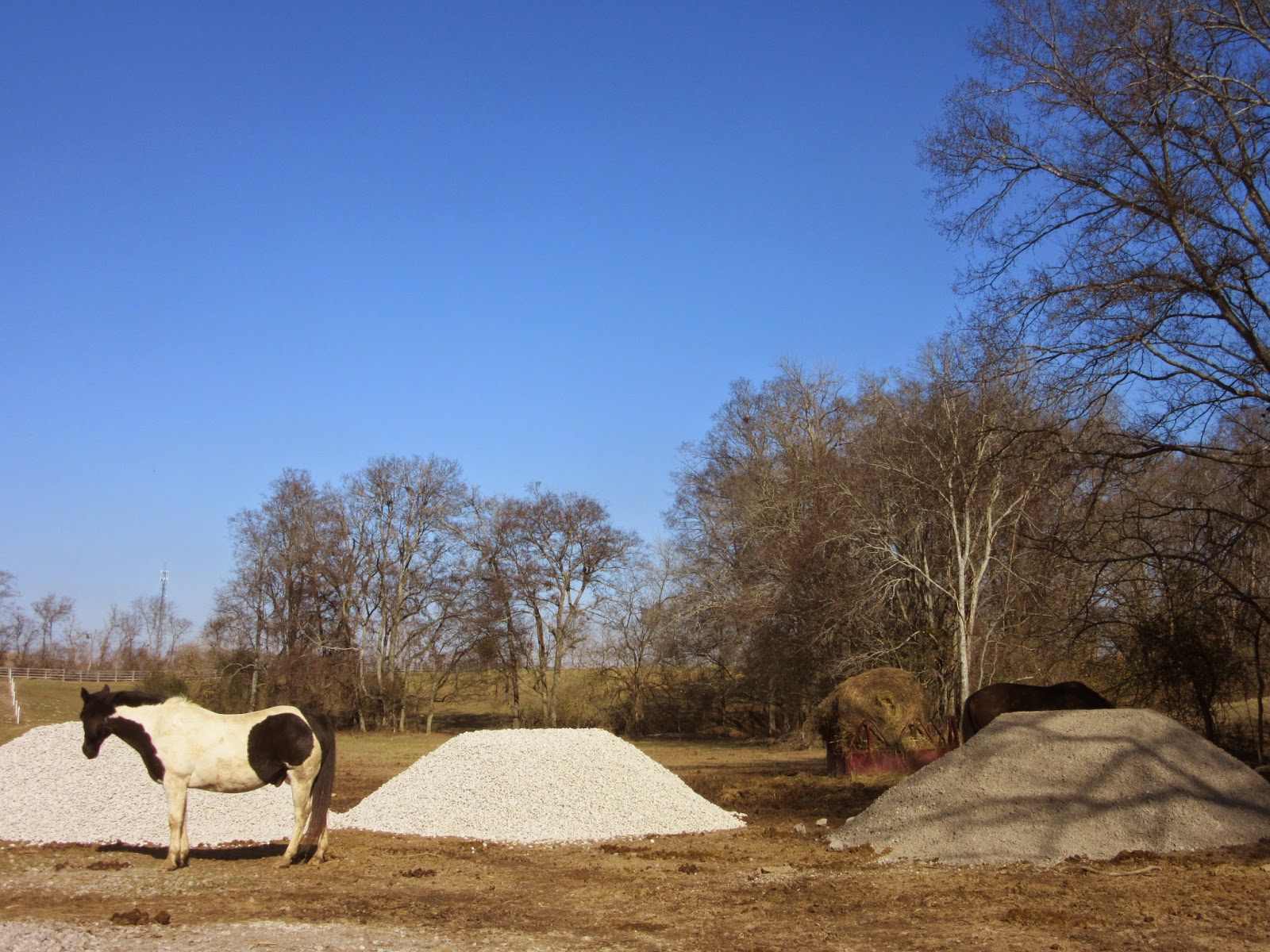 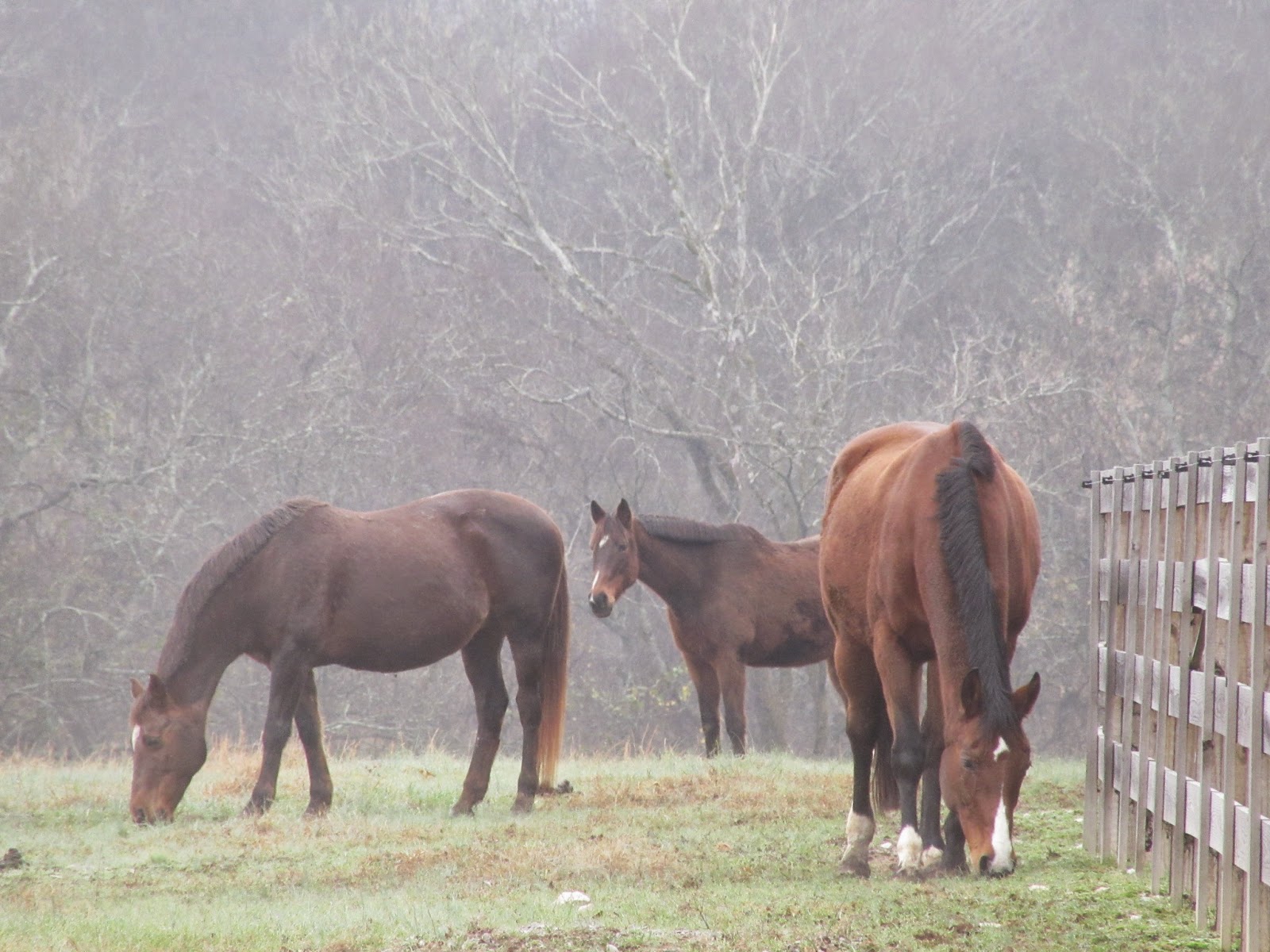 From left to right Duesy, Fabrizzio, Remmy, Walden and Hesse. It's a tough life at Paradigm Farms. 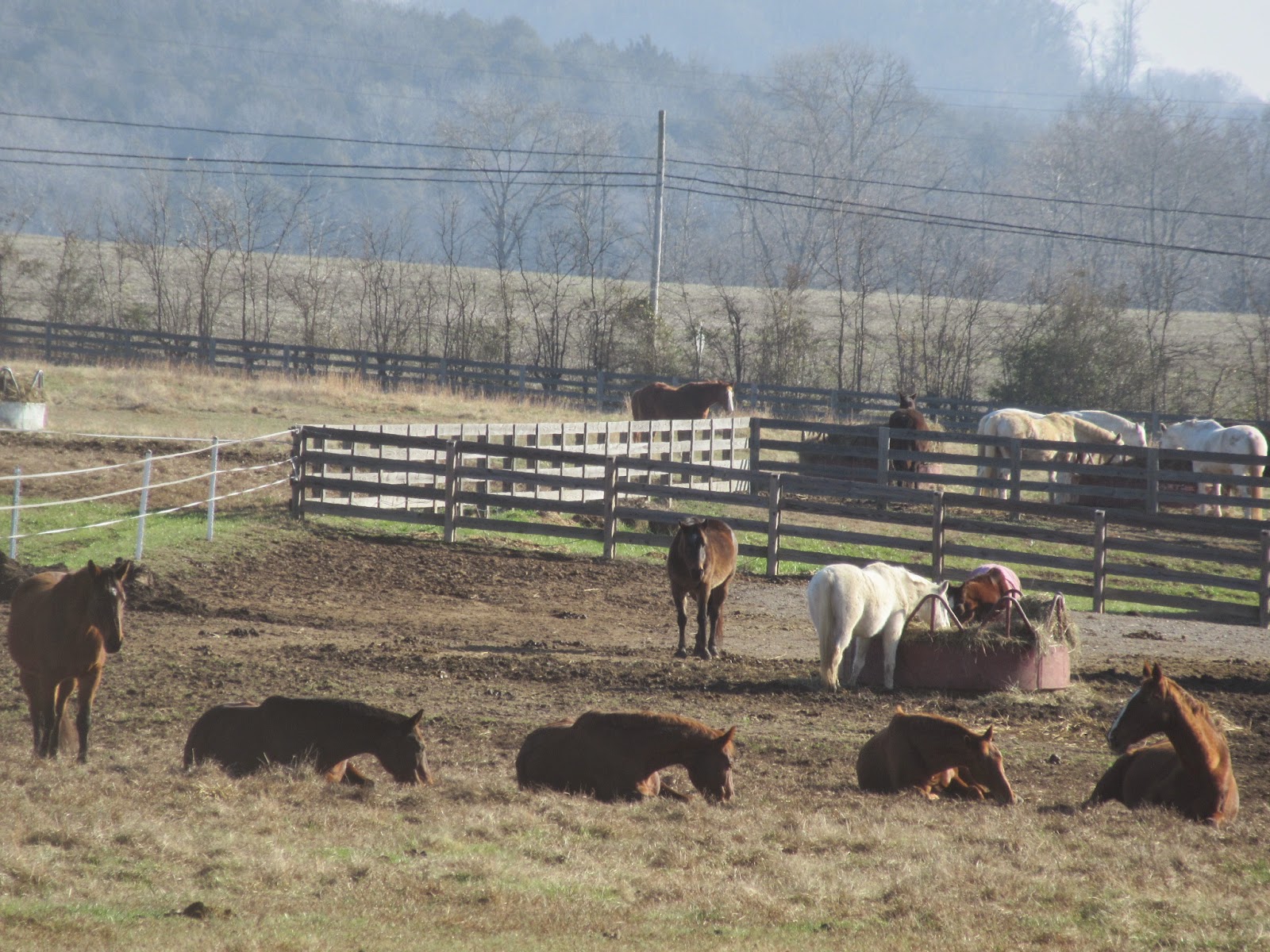 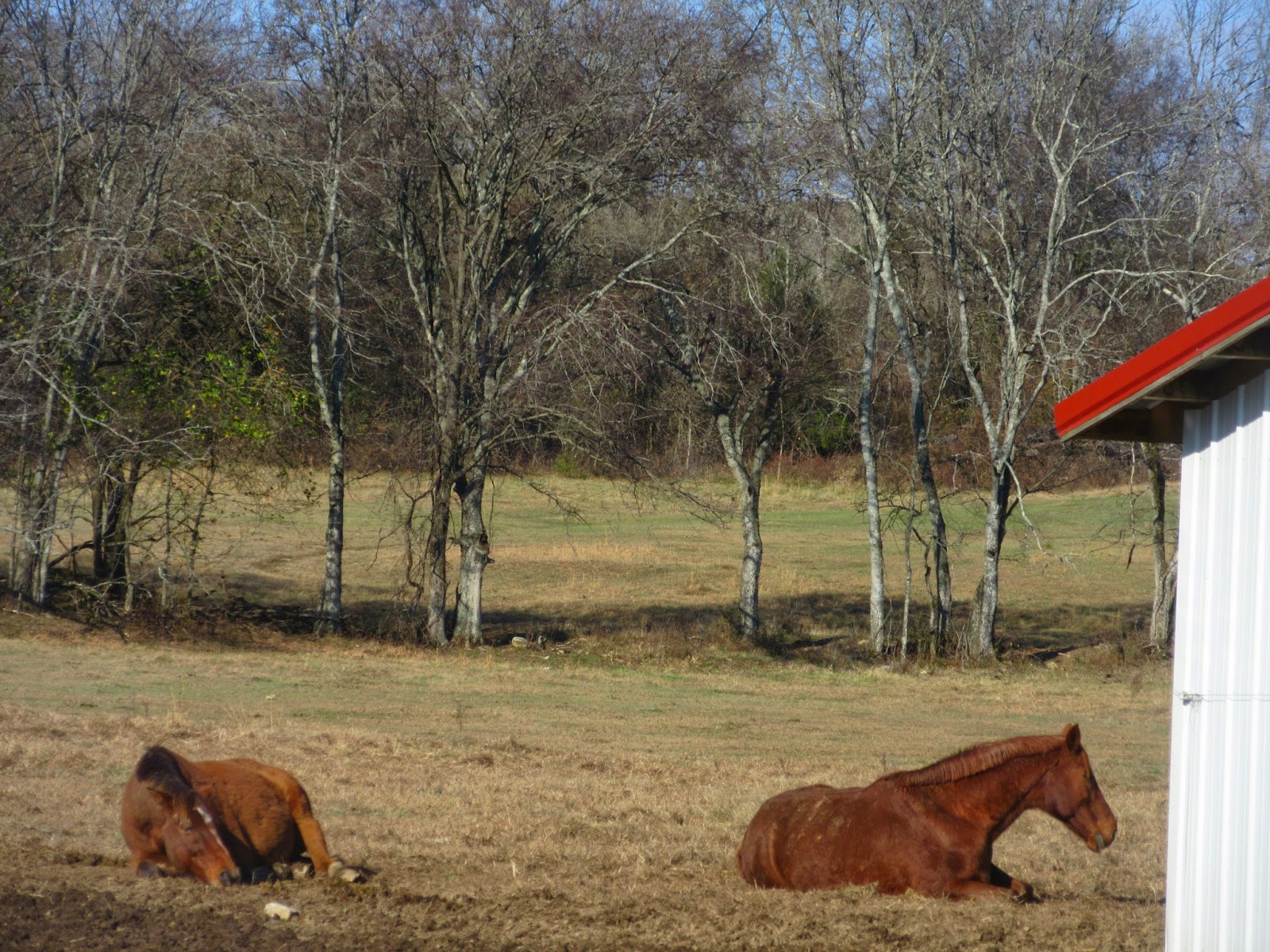 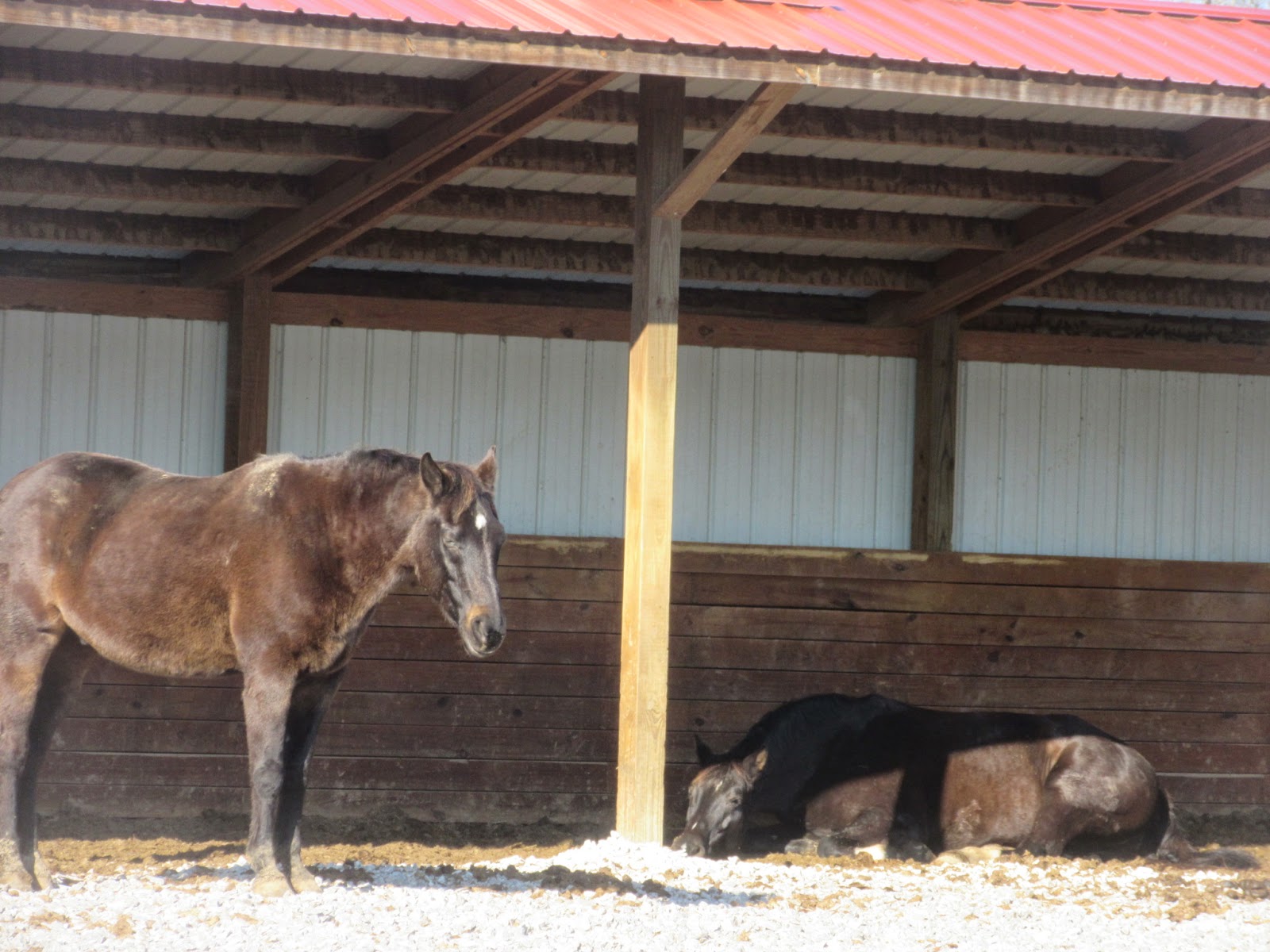 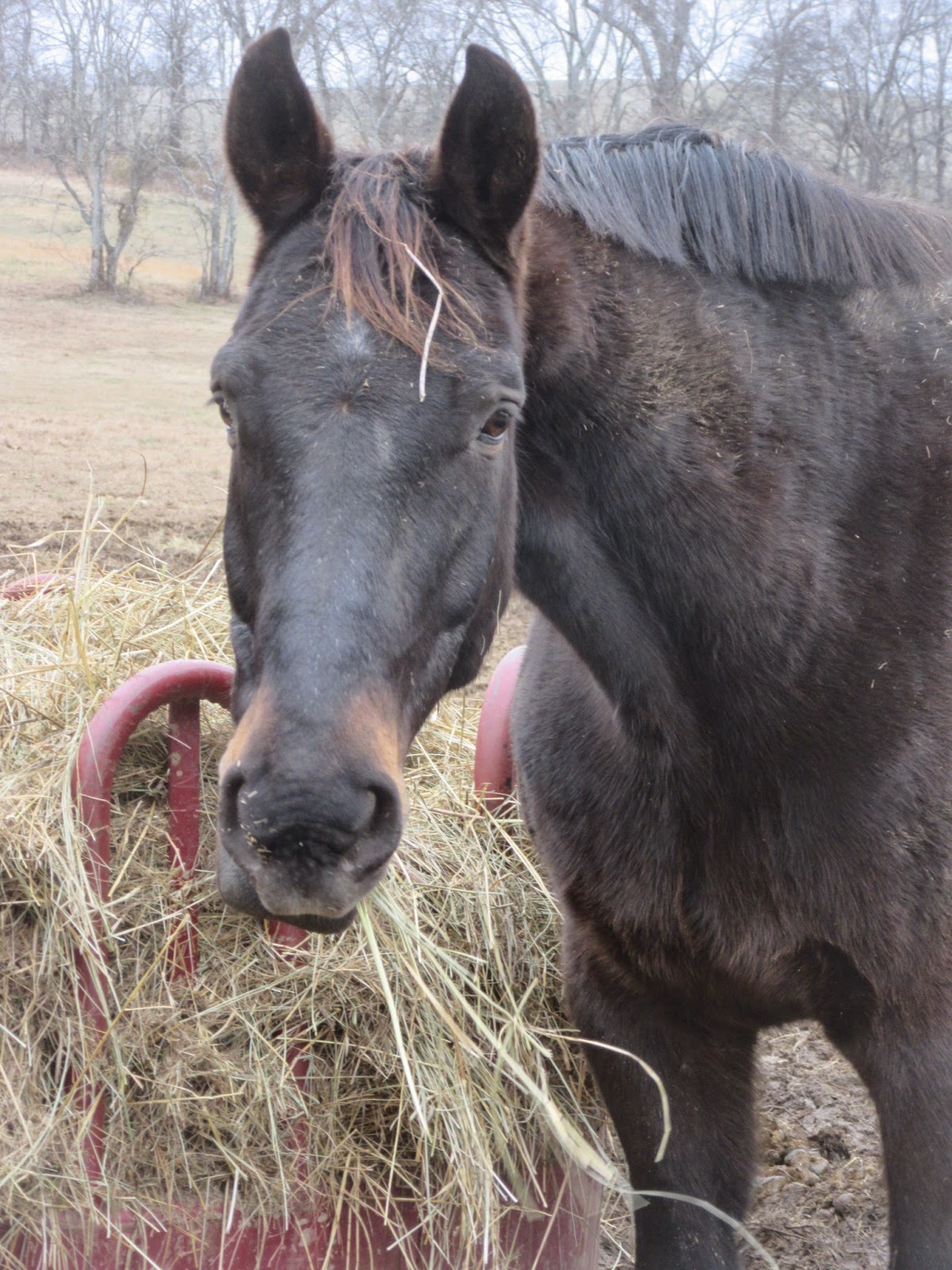 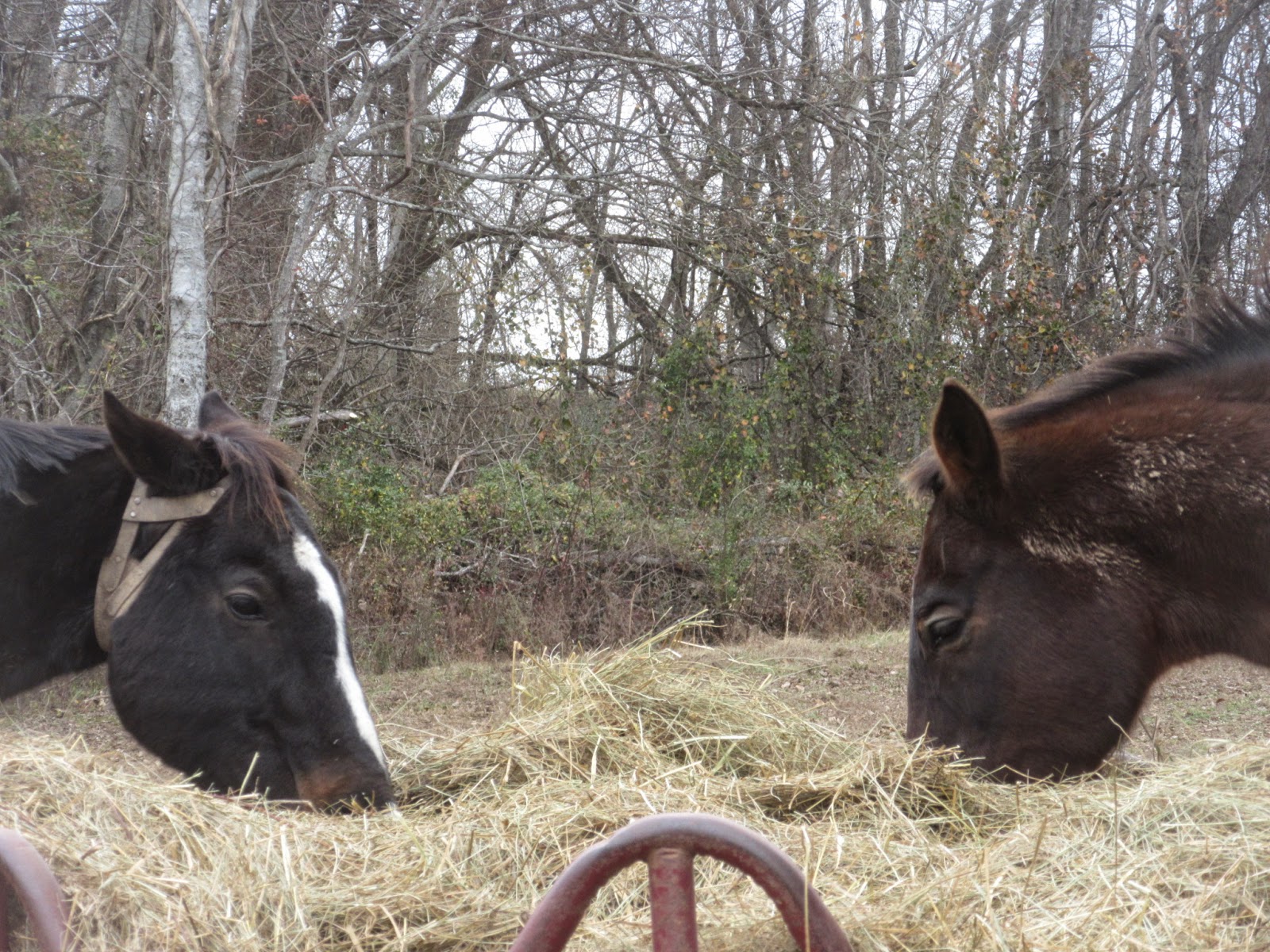 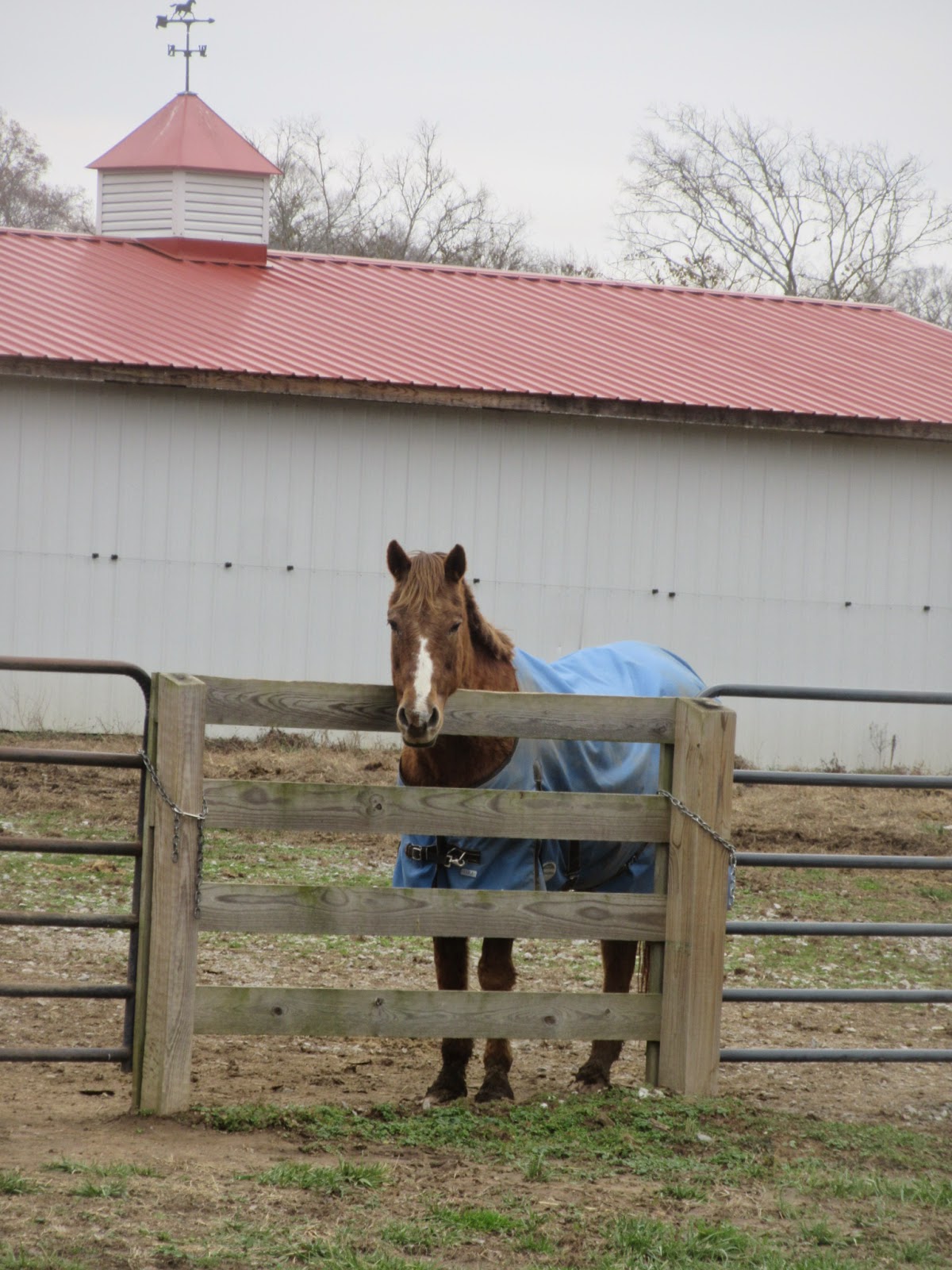 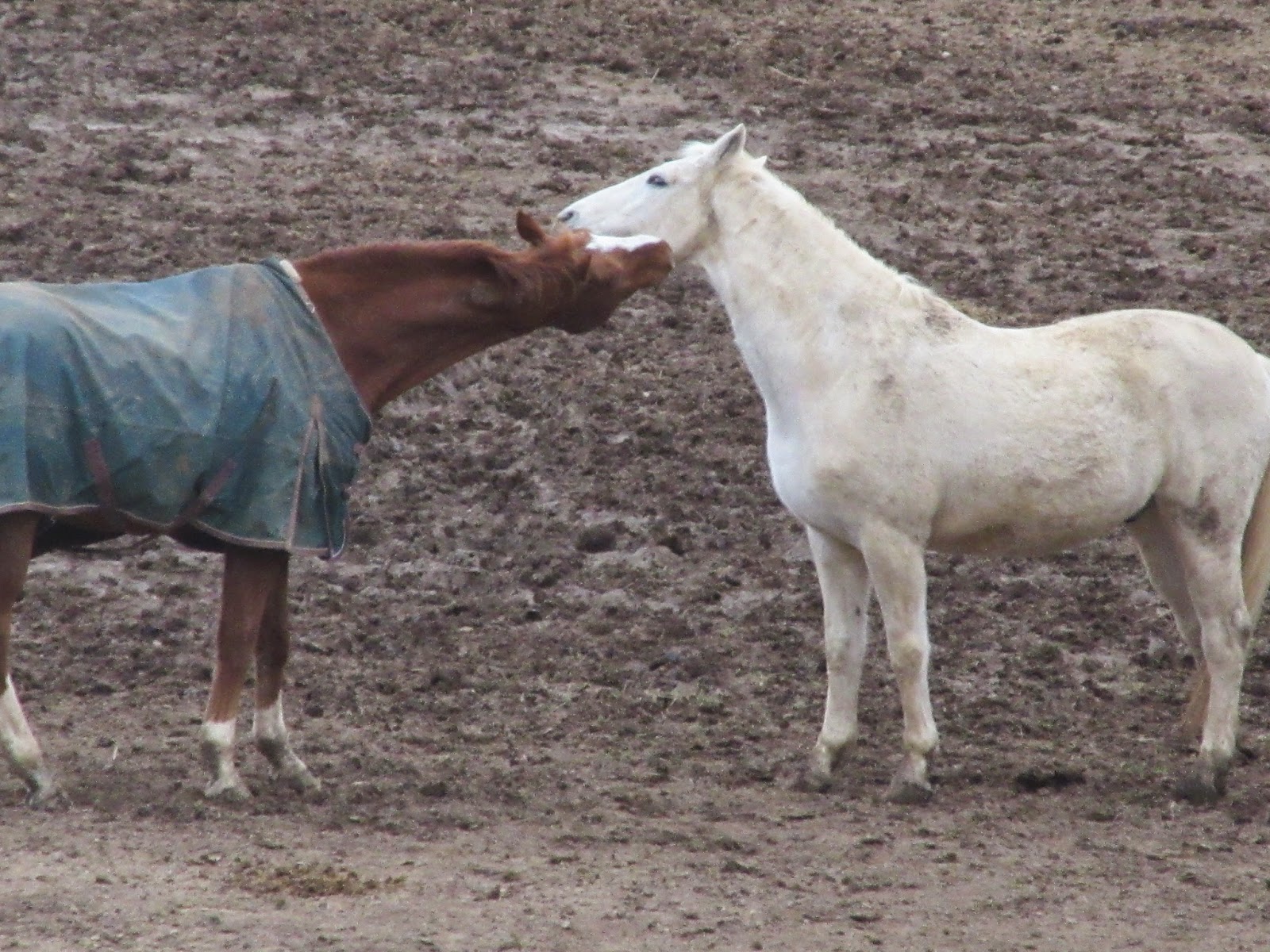 When we first moved to middle TN someone told us the way to get grass to grow was to put gravel down. There you have it!

I love me some aggregate as well! I daydream of having lots delivered to my place. Maybe someday! :-)

A gravel addiction? Now that's a first for me.

I bet my barn owner feels the same about gravel and would gladly take more any day of the week (he just isn't as fastidious at actually acquiring "enough" as you are). Stuff ain't cheap!

Great pictures! So many new-to-us faces. I hope their stories can make they way to the blog at some point. So many very fortunate cuties.

I don't know about gravel in pastures...fill me in.

Every time my lady puts more gravel on our driveway the stream comes up and washes it away. You should hear her grumble.

We now have a mostly mud driveway because my lady won't put any more gravel on.

She envies your gravel. Tee hee.