Silver is a Holsteiner gelding who joined us for retirement from California a little over three years ago. It has taken me three years to write this "meet the residents" post about him but better late than never.

Silver and his mom showing off their winning form 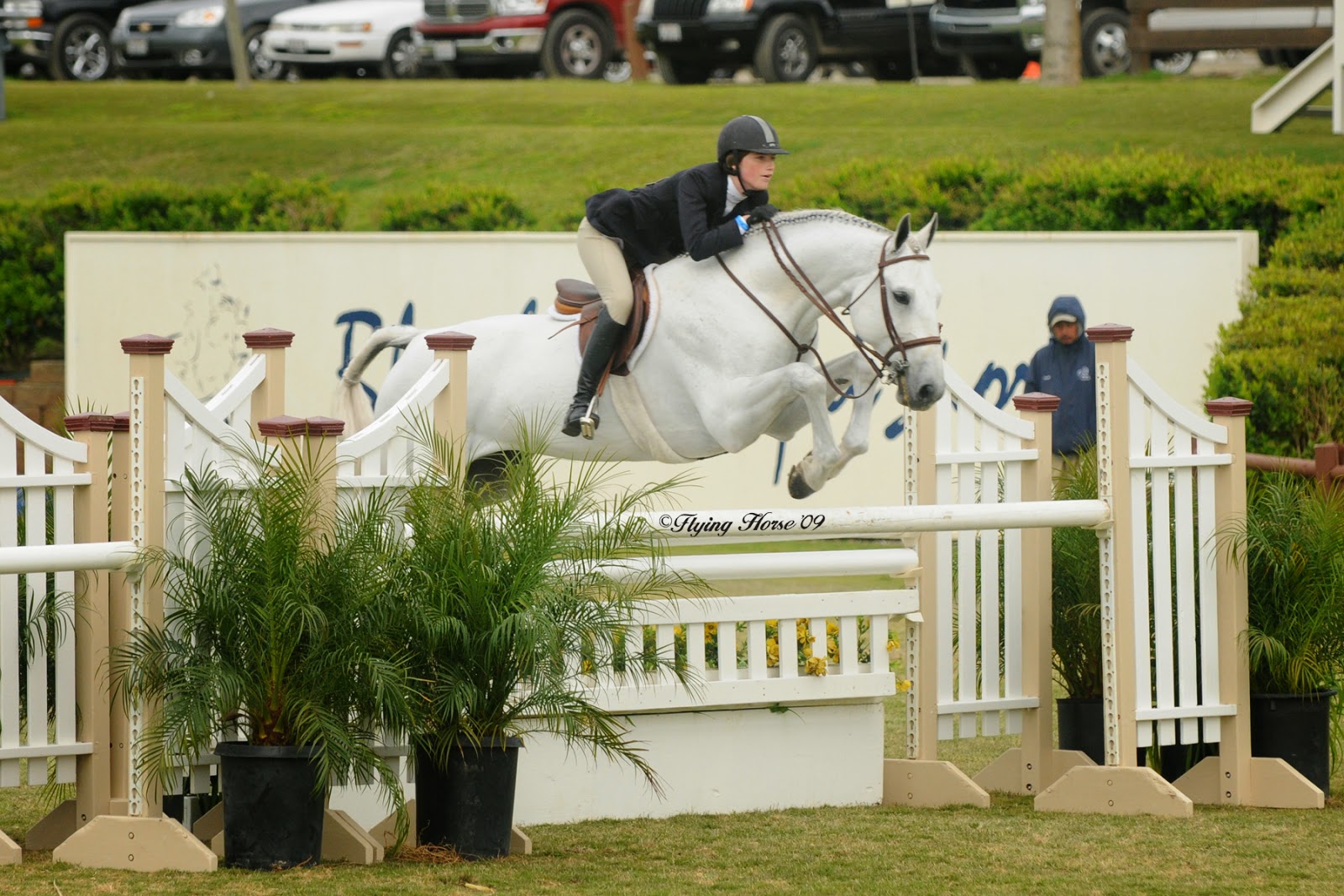 Silver and his mom met several years ago at the HITS Thermal winter circuit in California. His mom was looking for another horse to show in the equitation classes. Silver was at Thermal competing as a jumper, however his mom's trainer had spotted Silver on the show grounds and thought he might make a good equitation horse. Everyone involved could tell that Silver and his mom were a great match from their first ride together. The people selling Silver offered to let his mom show him in a class and right out of the gate they won their first class together, a USEF Talent Search equitation class.


Silver and his mom on their way to winning a $10,000 International Hunter Derby 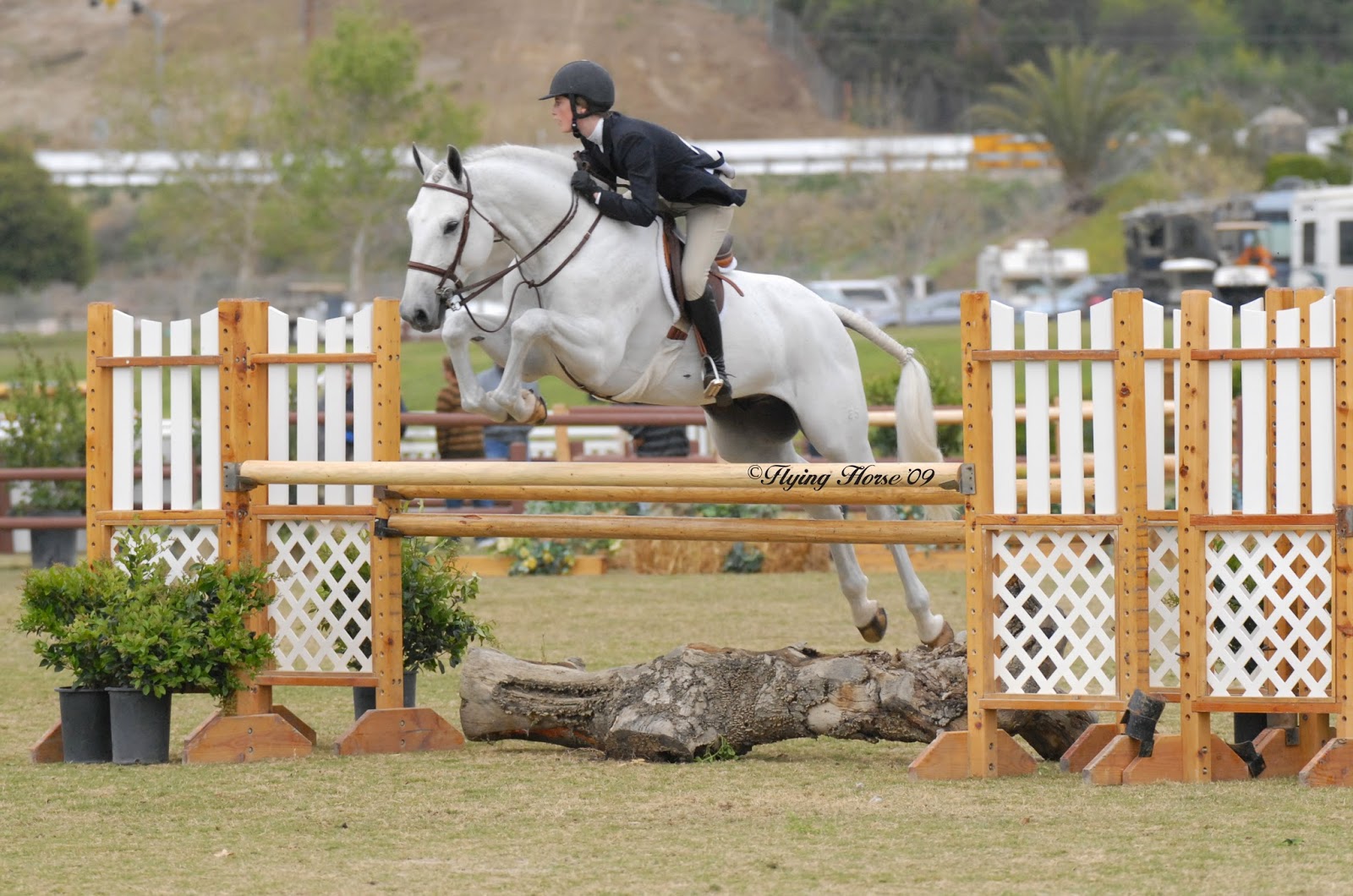 Shortly after making their winning debut together Silver and his mom became a permanent team. Unfortunately they only had a few shows together before Silver sustained an injury. Silver ended up being out of commission for almost an entire year. After he finished his rehab and was brought back into work they went to their first horse show together in a year.  They found themselves at a show that was offering a $10,000 International Hunter Derby classic and they decided to enter - pretty ambitious plans for their first show in a year.


Silver and his mom jumping through the "triangle" that separated the two arenas being used for the International Hunter Derby. 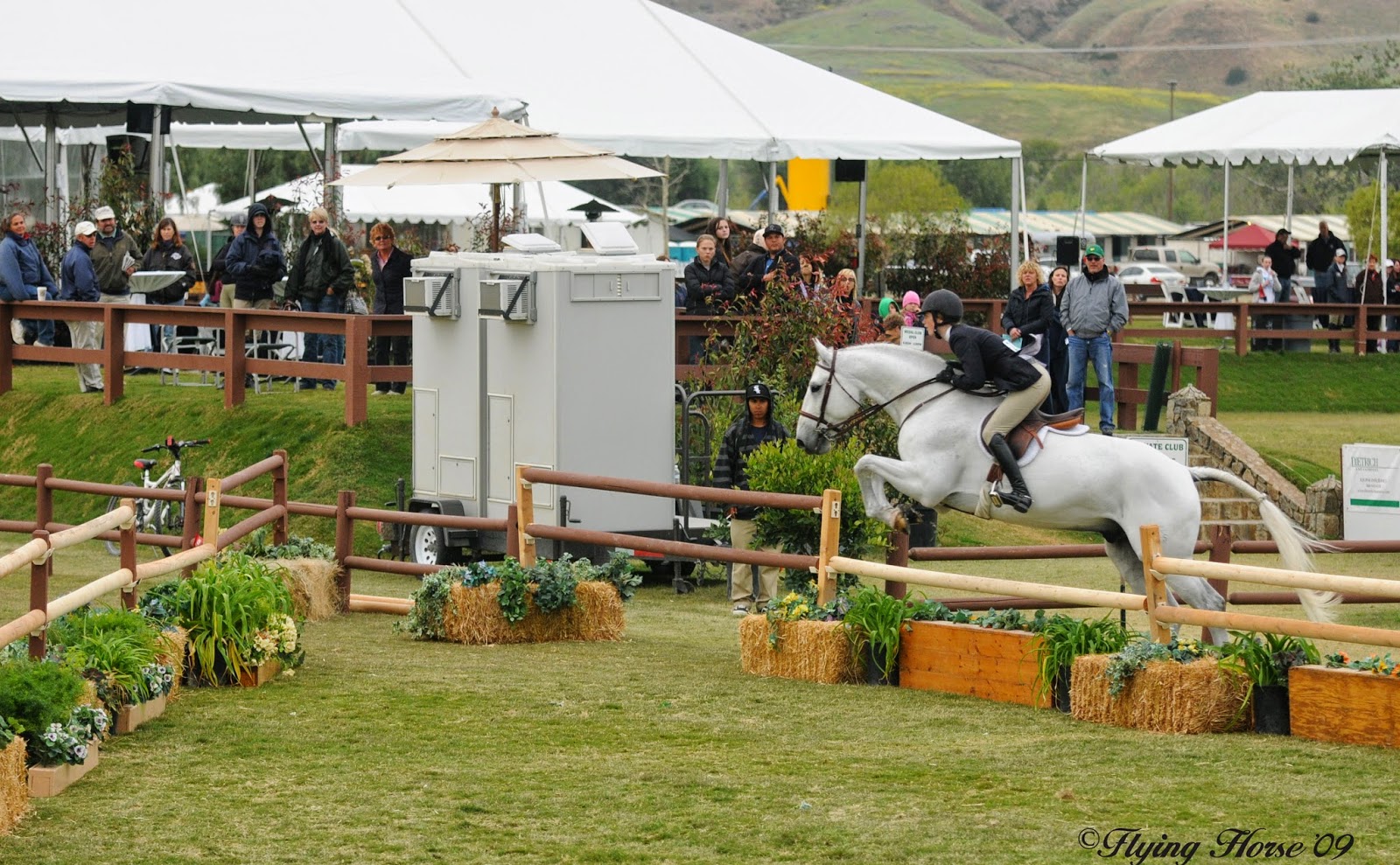 showing off their winning smiles after winning the International Hunter Derby 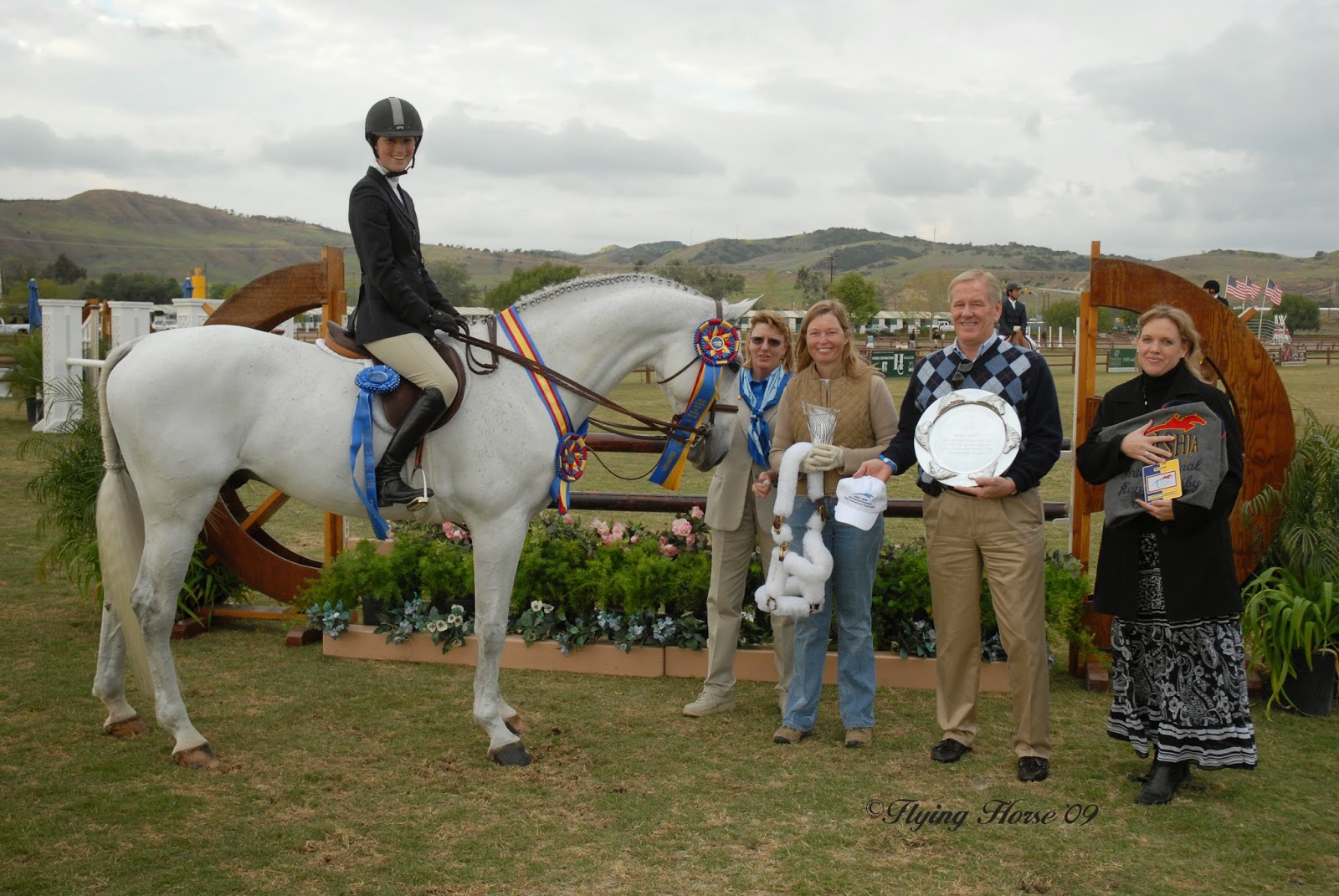 Silver's mom said she didn't really know what to expect with Silver in the hunter derby. Silver was a pretty mover, a beautiful jumper and tended to be very brave to the fences. However it was their first show back after a year off, he hadn't really shown as a hunter before, the course was spooky and the fences were big. As his mom said it kind of felt like their show ring debut together since she only showed him a couple of times before he was sidelined with an injury. However Silver and his mom were stars in the first round of the Derby and came back in a strong position for the second round. 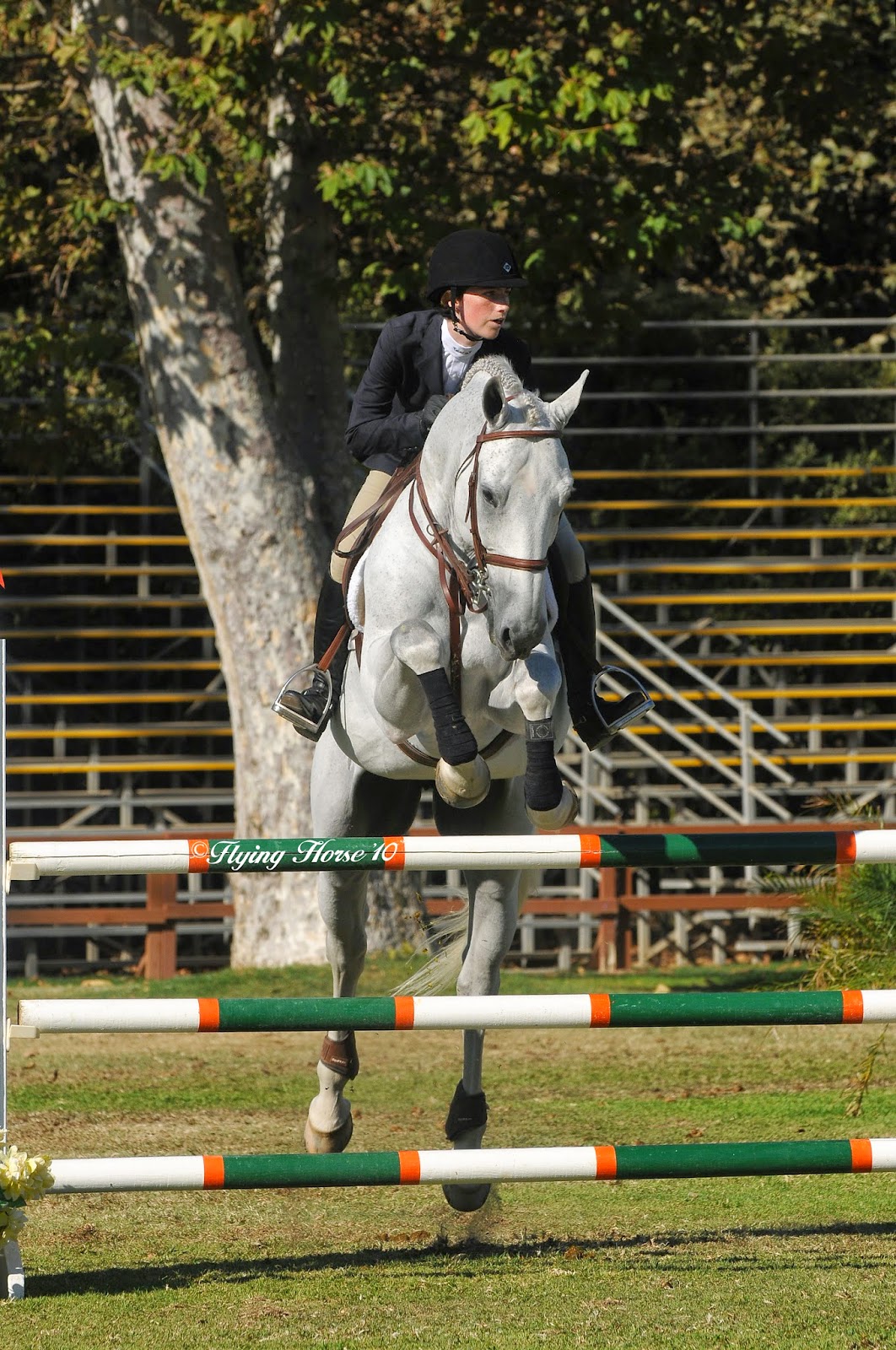 The second round of an International Hunter Derby is always a handy round which means you get bonus points for jumping higher options and taking harder tracks to show off your horse's handiness. Part of the course in the second round involved jumping from one arena into another arena. However instead of setting it up as a straightforward jump from one ring into another, the course designer set up this change of arenas as a triangle. Depending on the line you chose you jumped from one arena to another anywhere from a bounce with no strides between the jumps, or like an in and out with one or two strides in between the jumps.  In the warm-up arena their trainer had Silver and his mom practice jumping in and out of the arena and then going straight to a 4' oxer. Silver never blinked an eye at anything. 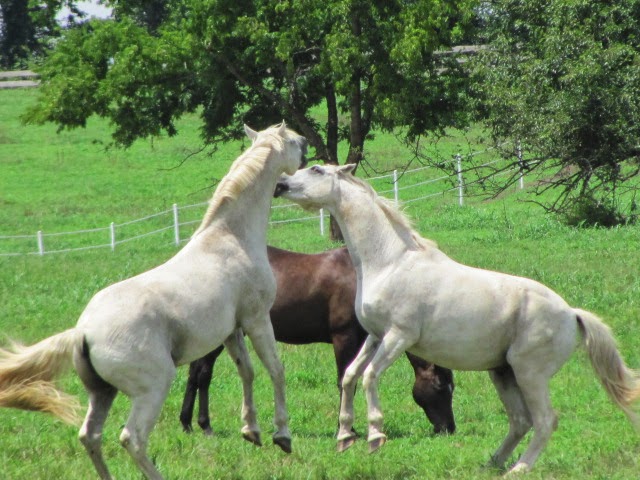 running through the pasture with George 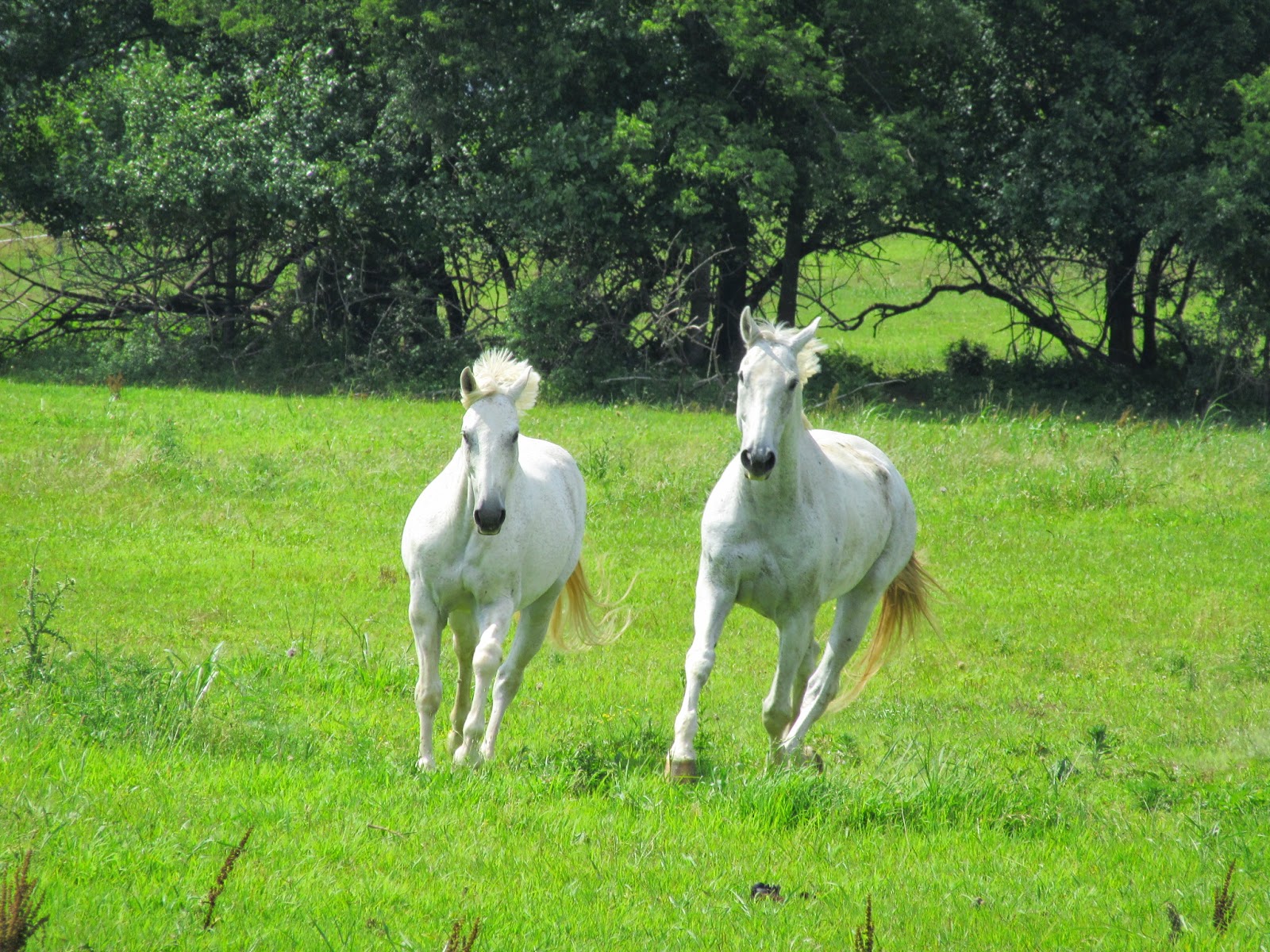 The triangle formation for jumping from one arena to another had been dubbed the "Triangle of Death" by the competitors as so many horses were having refusals at it. However since Silver had been so unfazed by anything they had asked of him during their warm-up his mom and her trainer decided to go for it in the handy round. She and Silver rode through the triangle as a bounce, the hardest option available. They nailed it and went on to win the Derby. Given that this was Silver's first Derby, his mom was only 16 years old at the time and they were competing against seasoned pros this was quite an impressive feat.


hanging out with his friend Cocomo 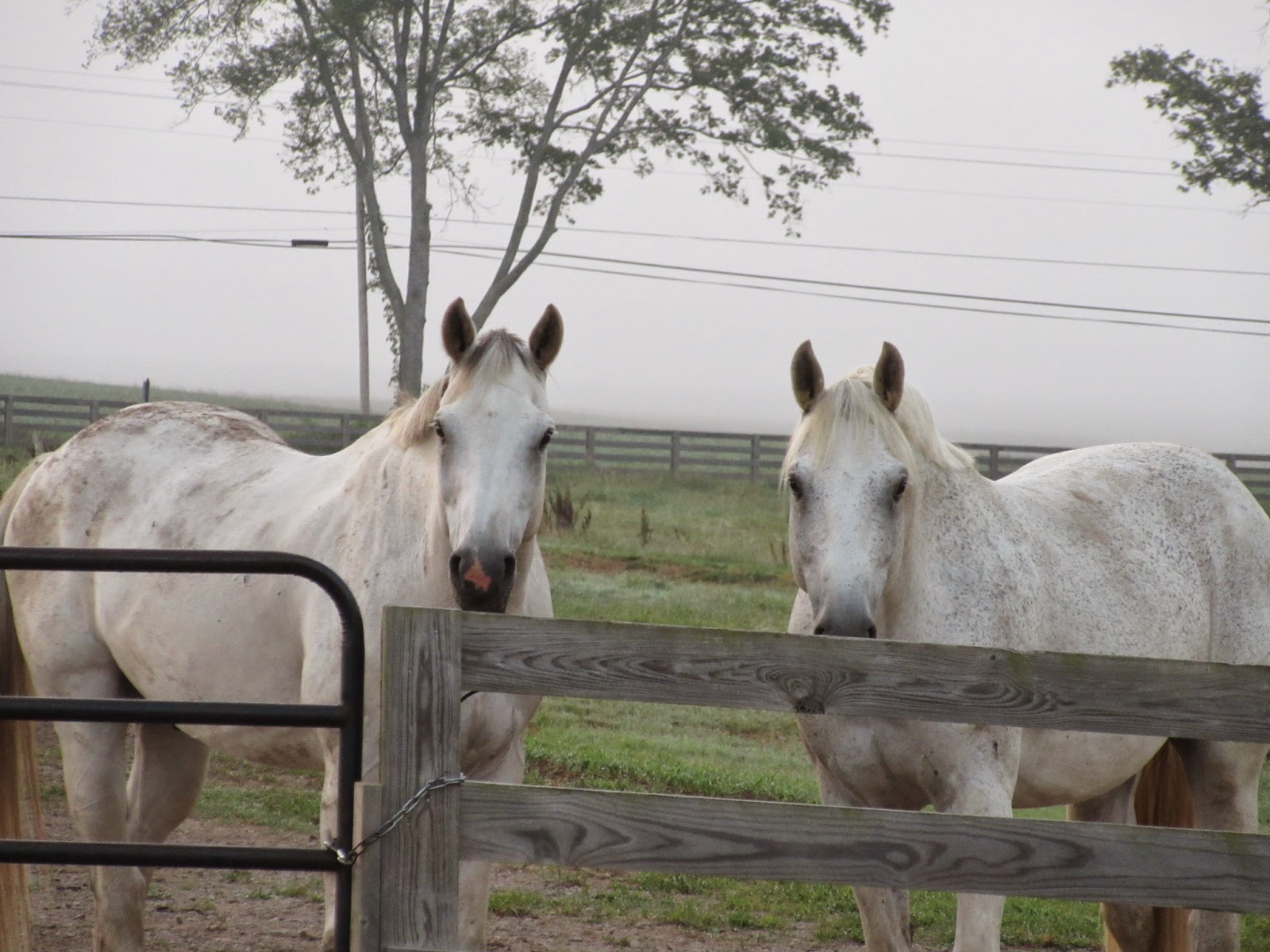 Cocomo and Silver on the run 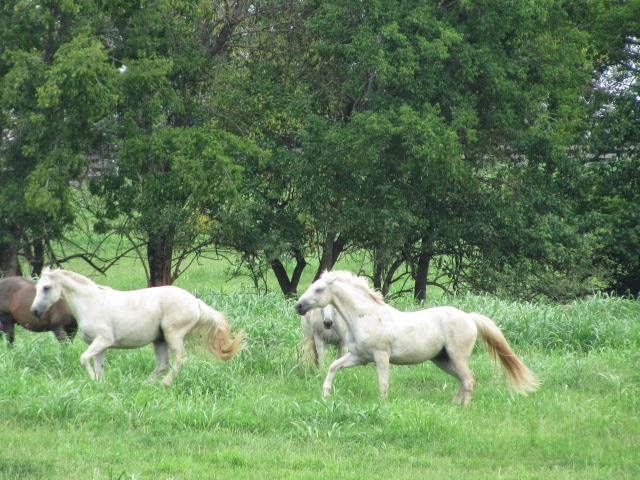 Romeo and Silver being wild things 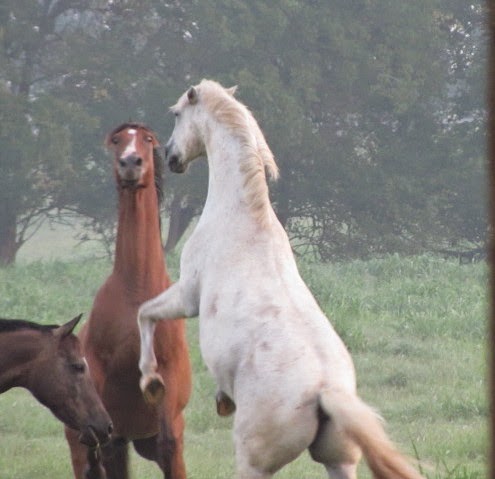 Silver and his mom had another big accomplishment together when they finished second in the USEF Show Jumping Talent Search Final - West. The USEF class is one of the prestigious end of the year equitation finals and is considered to be one of the hardest finals. The final consists of four phases. The first phase is flatwork, the second phase is gymanstic jumping, the third phase is a show jumping course and the final phase is a horse switch. Only the top four riders after the first three phases come back for the fourth and final phase. Each of the four riders jumps a course on their own horse first, and then they jump the course again on each of the other top four horses.  At the end of the four phases Silver and his mom ended up finishing in 2nd place and as Reserve Champions of the USEF Show Jumping Talent Search - West.

Silver enjoying a grooming session with one of his friends 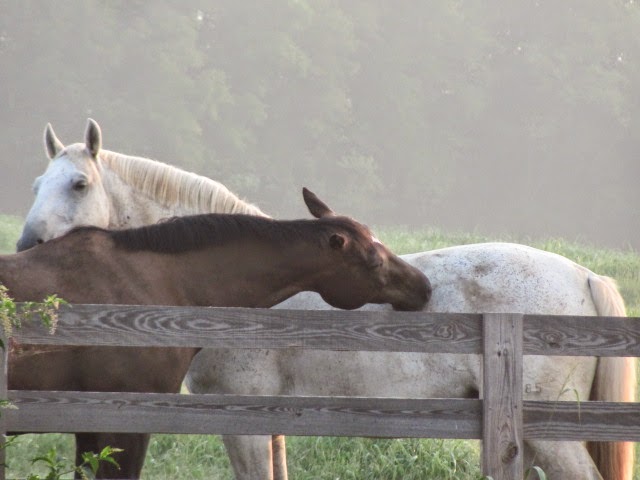 a grooming session with Gus 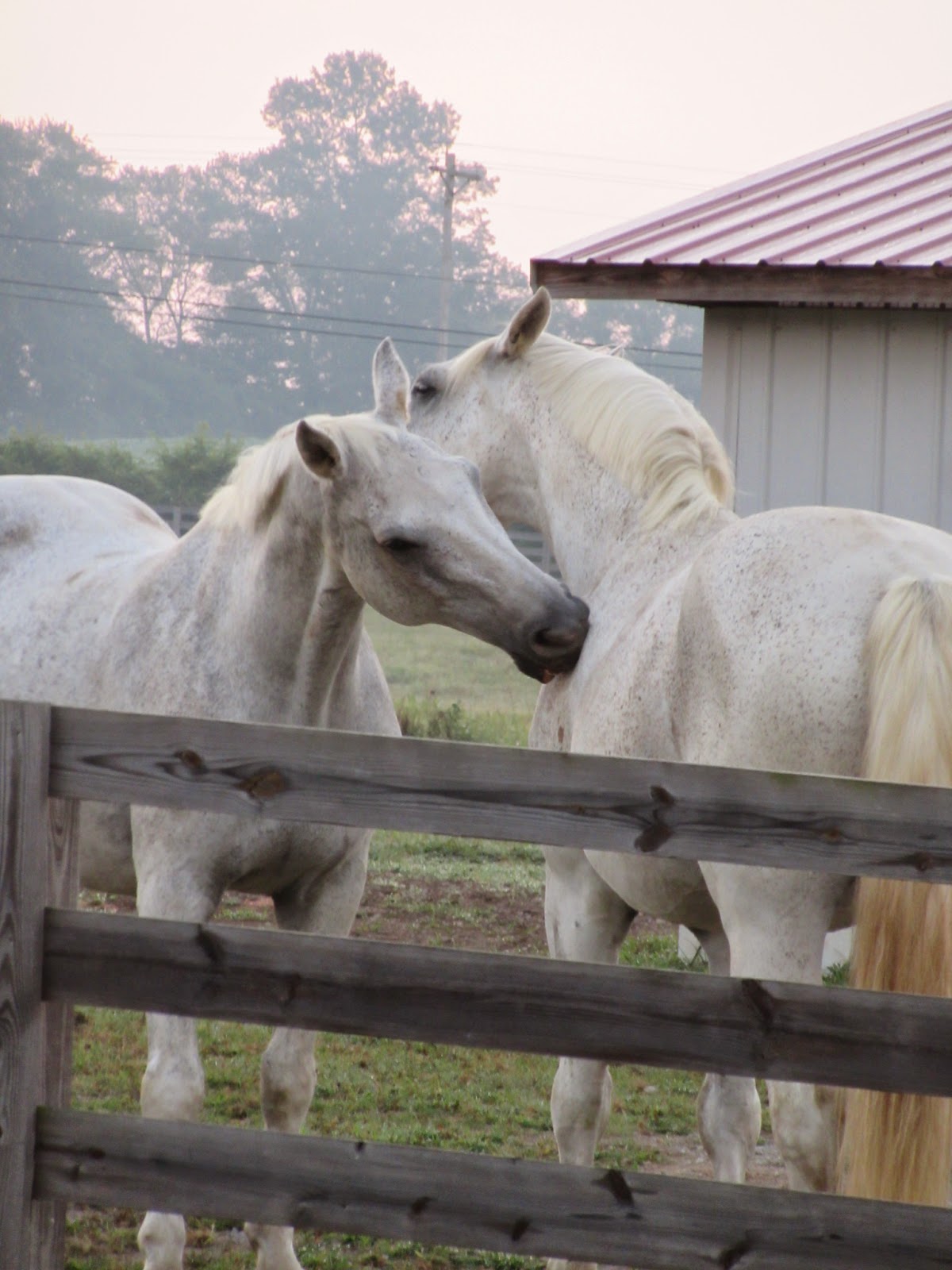 Silver with Asterik, Gus and George. Silver is a card carrying member of the "Gray Horse Club" in his pasture 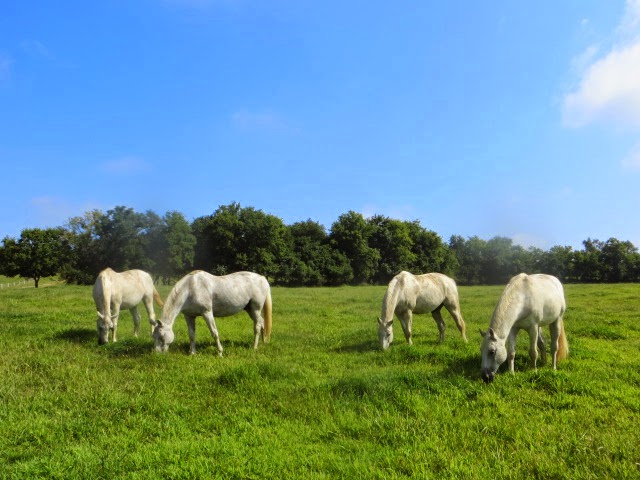 Unfortunately Silver and his mom found their riding career together cut short due to injury.  The injury he had rehabbed from shortly after being purchased by his mom flared up on more than one occasion. After rehabbing him each time his mom, along with her trainer and vet, decided to retire Silver rather than taking the chance of him continually being re-injured. Thus Silver made the trip to our farm from California a little over three years ago. 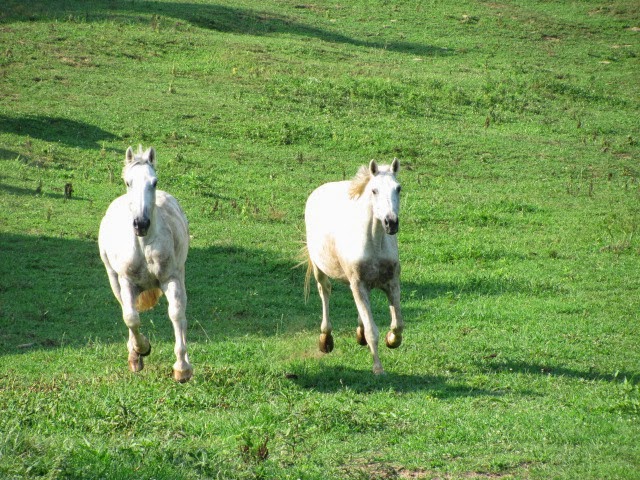 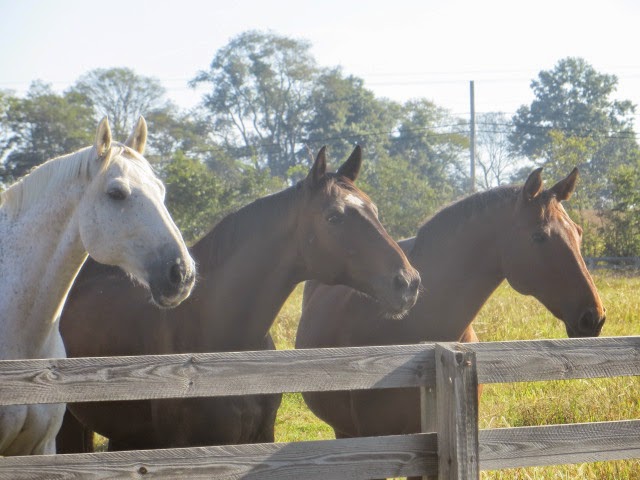 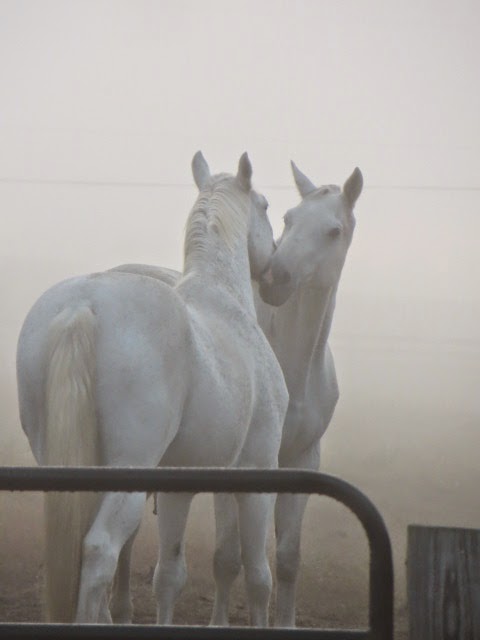 Silver had an easy adjustment to retirement. He is an extremely active and social horse. I told his mom he is one of the easiest horses on the farm to take pictures of simply because he is always doing something. If there is anything at all going on in Silver's pasture it is guaranteed that Silver will be right there in the middle of whatever is happening. He loves to play, run, play some more, groom, graze and play. Did I mention he likes to play?  As I was looking at the pictures I had taken of Silver over the last three years I had dozens of pictures of him running, playing, grooming, rolling and generally being in the middle of everything and anything.


Silver trotting through the pasture with the gray horse club 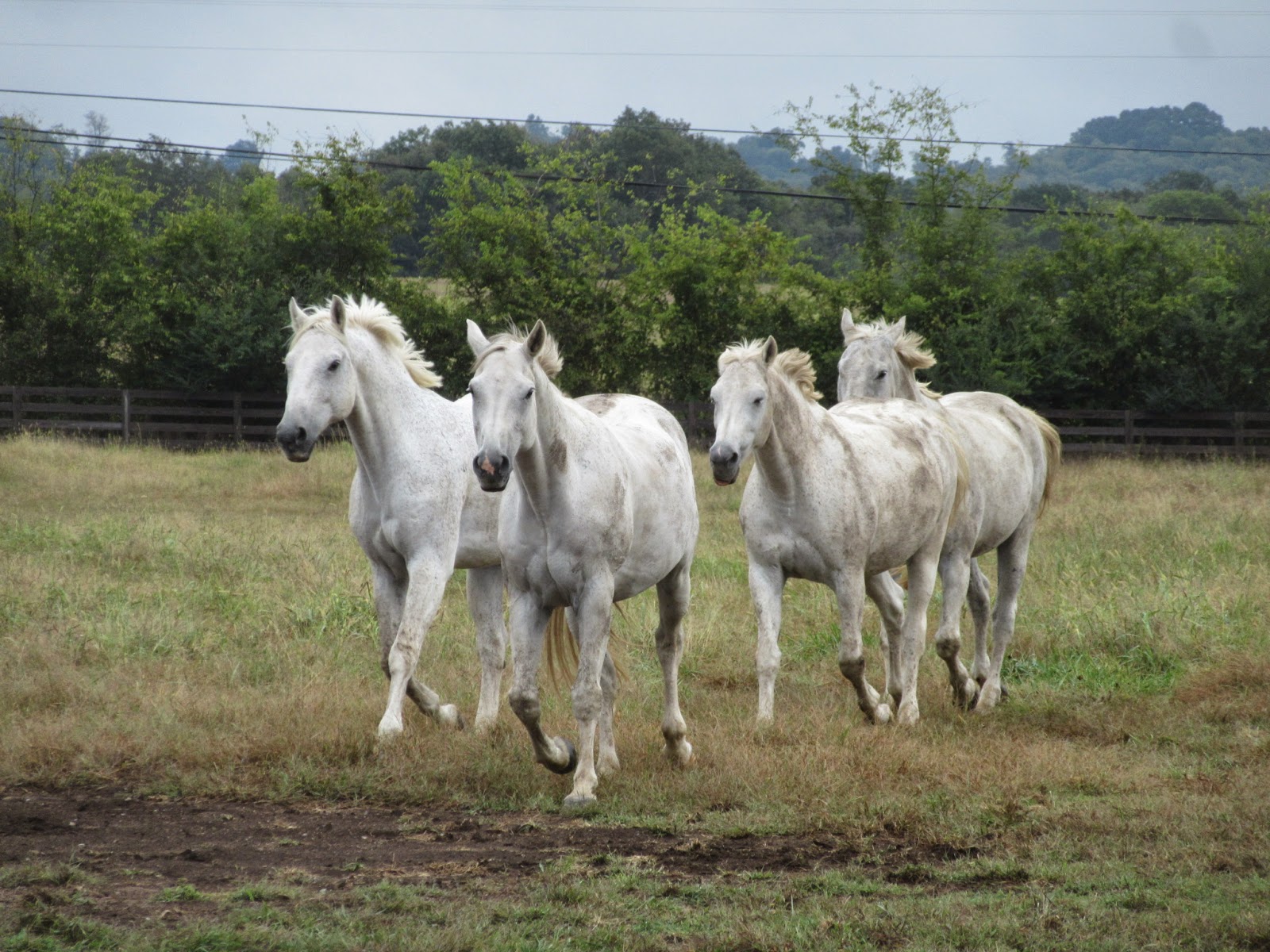 Silver on the run 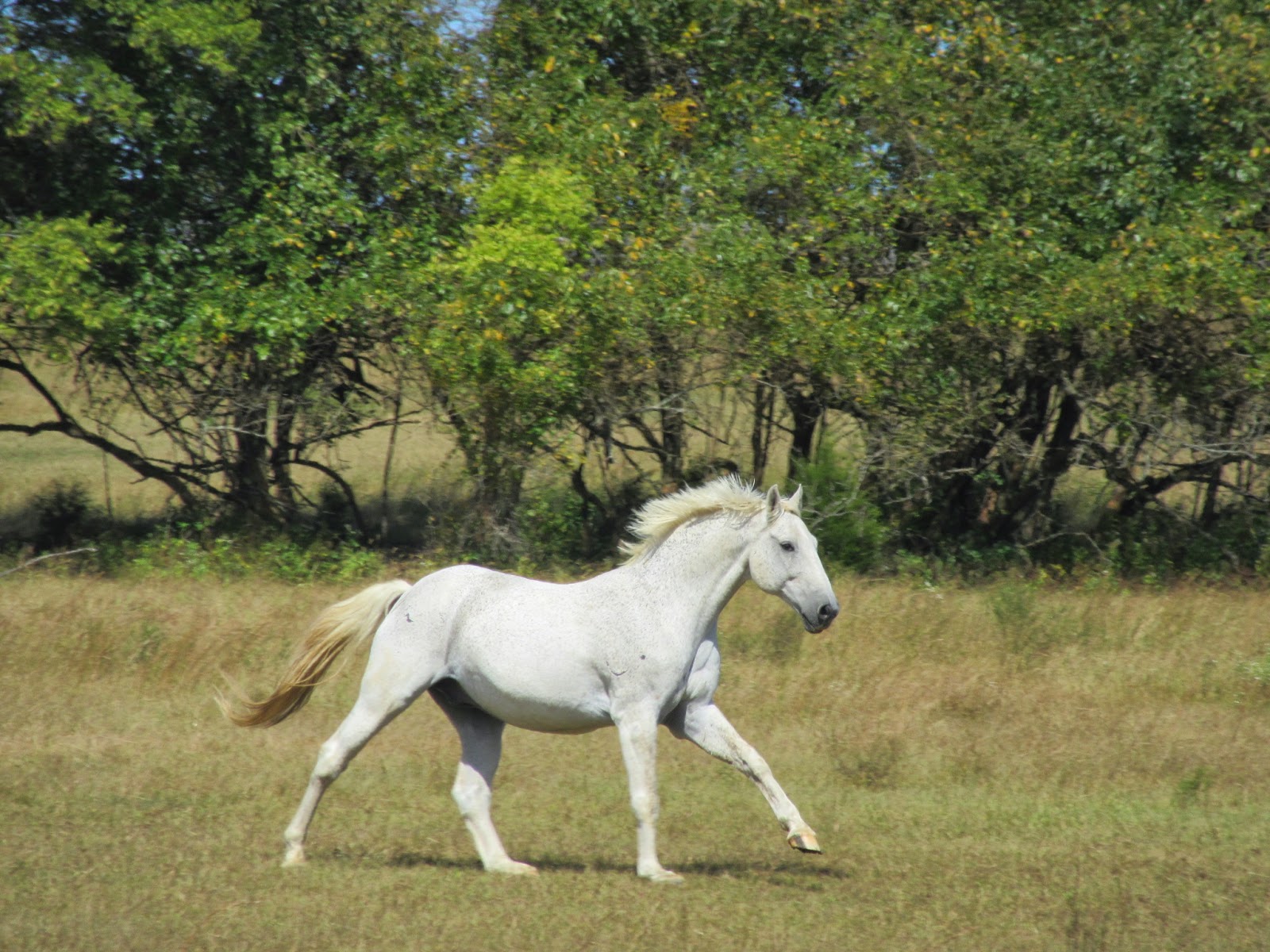 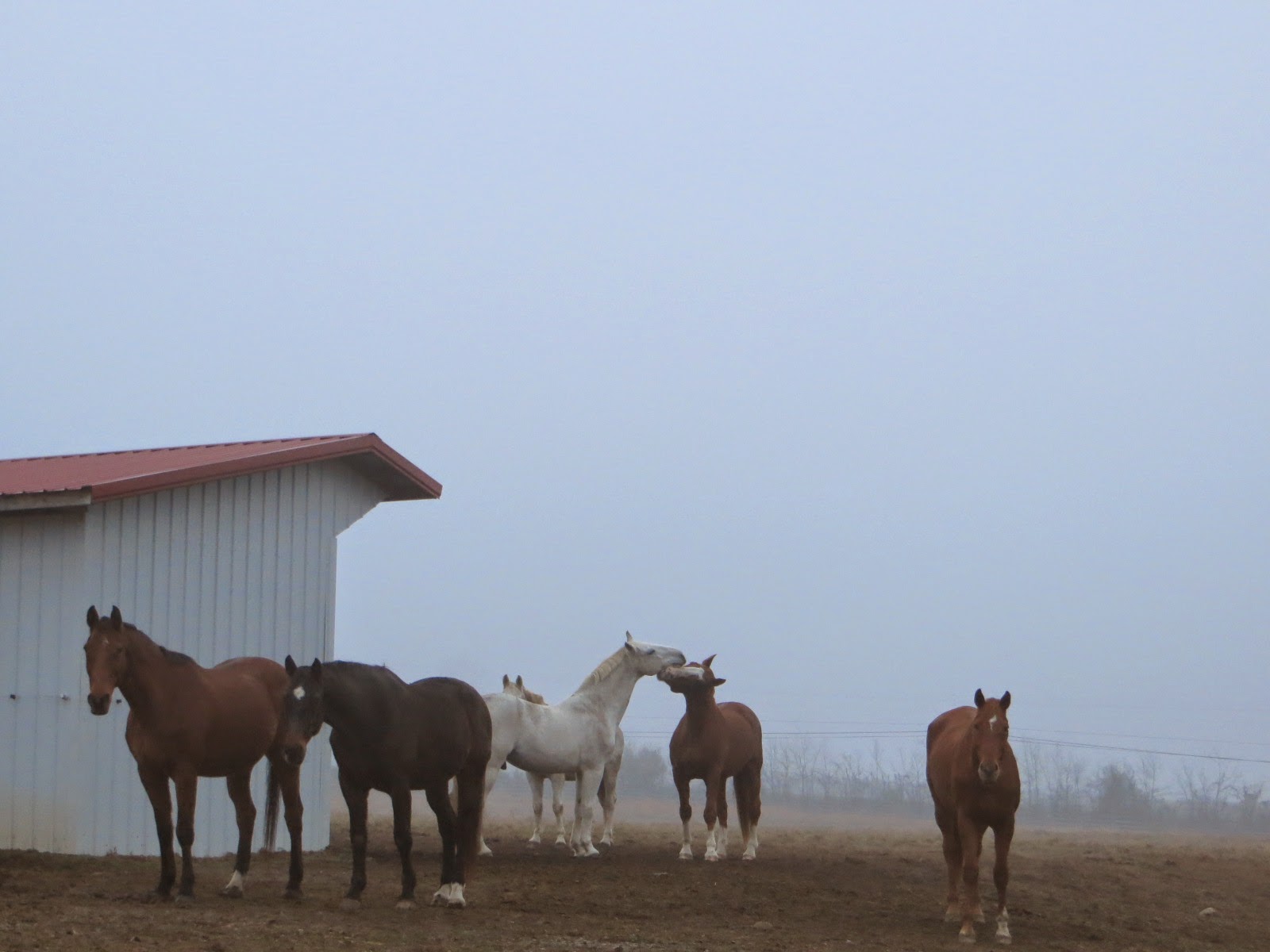 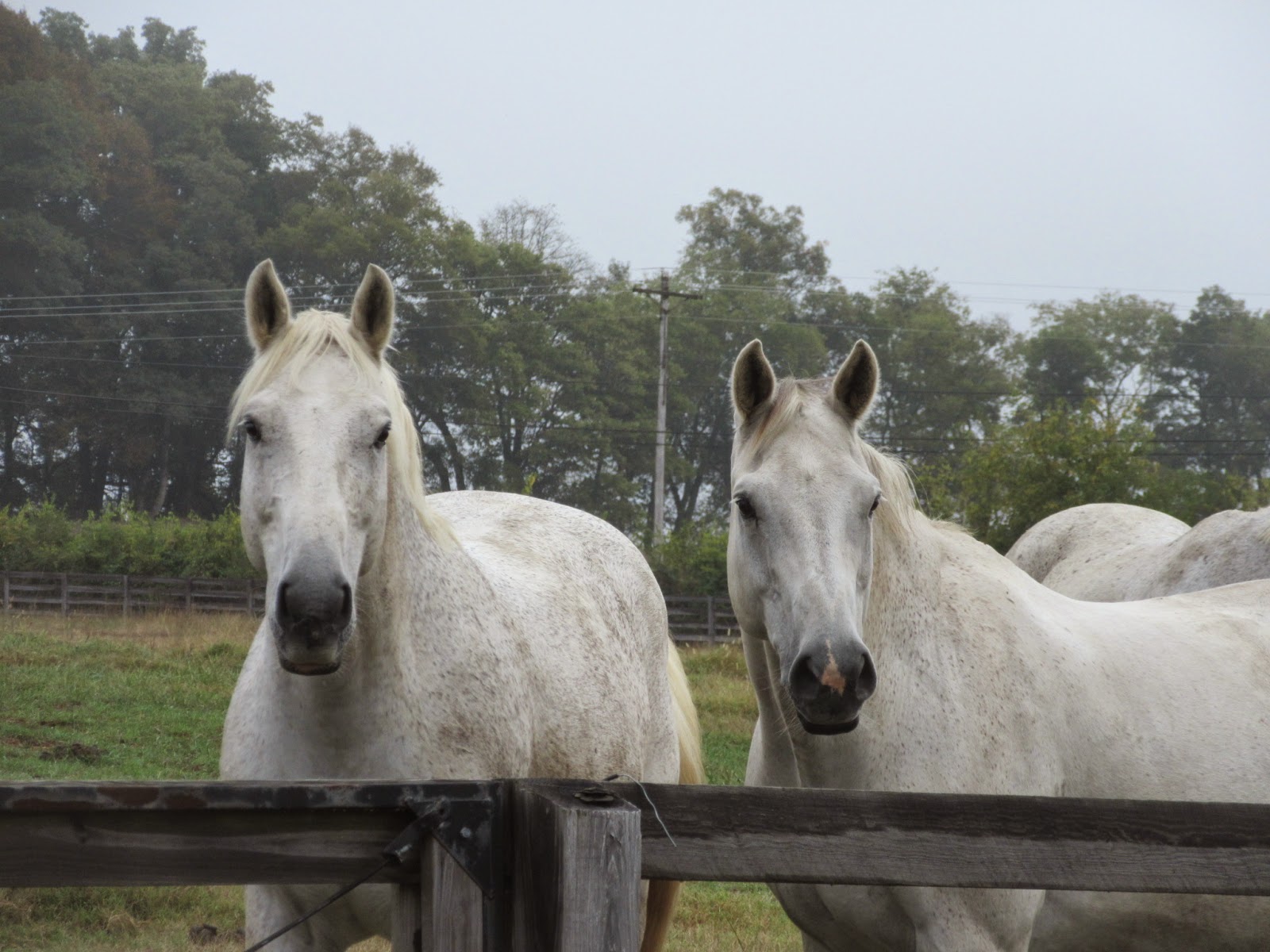 doing some early morning grazing as the fog was lifting Silver helping to lead everyone on another gallop through the pasture 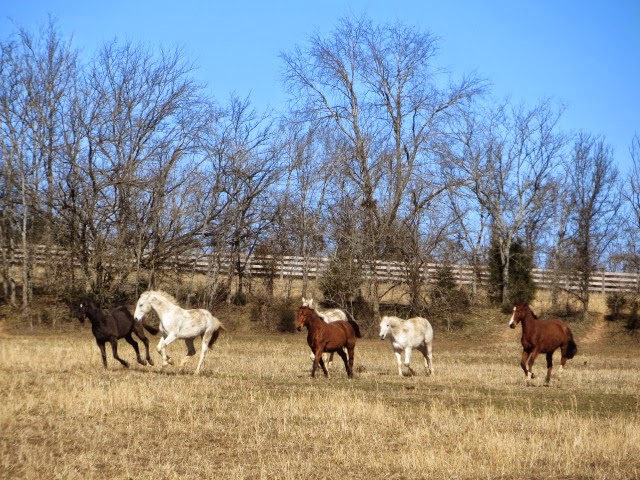 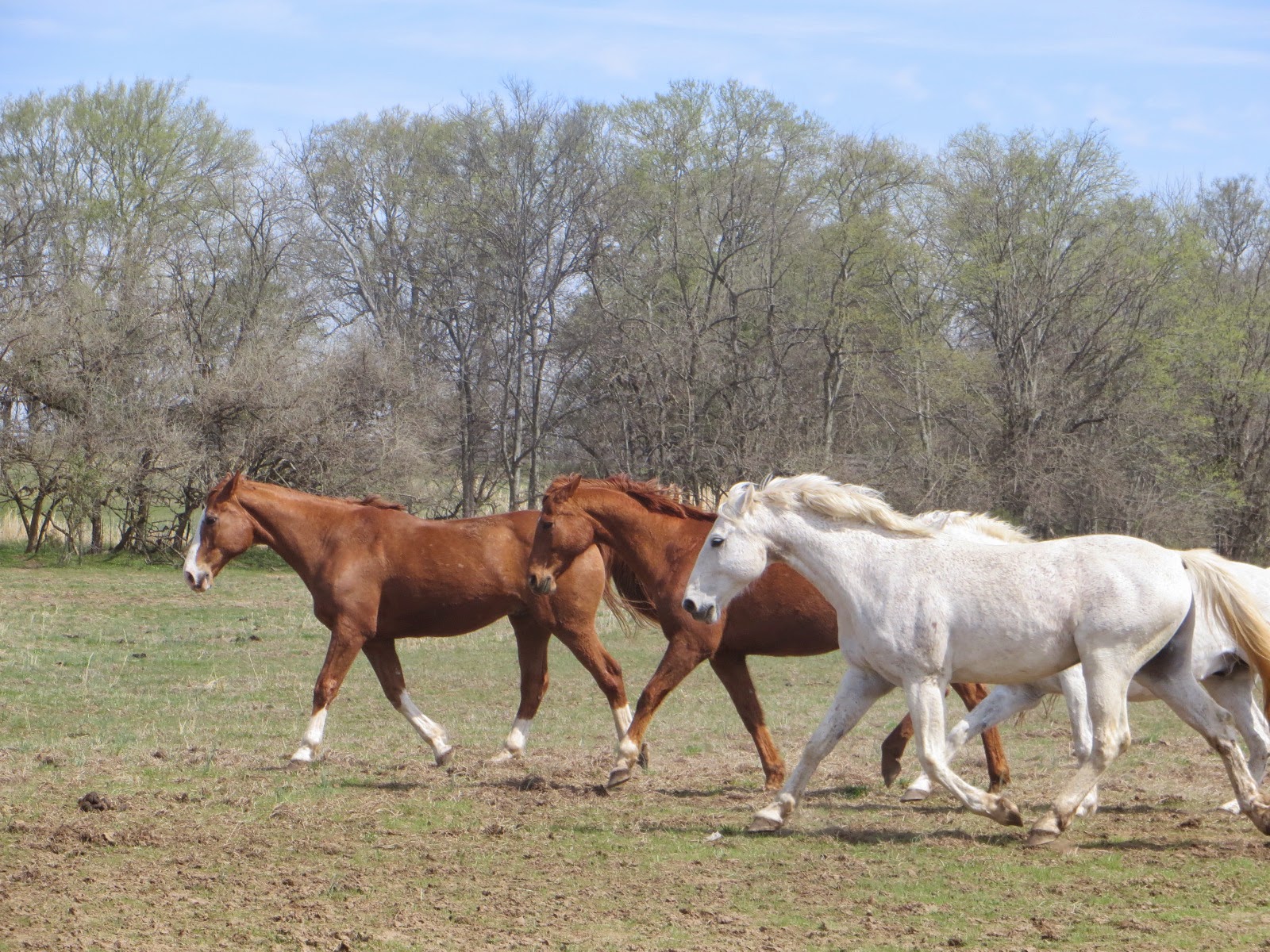 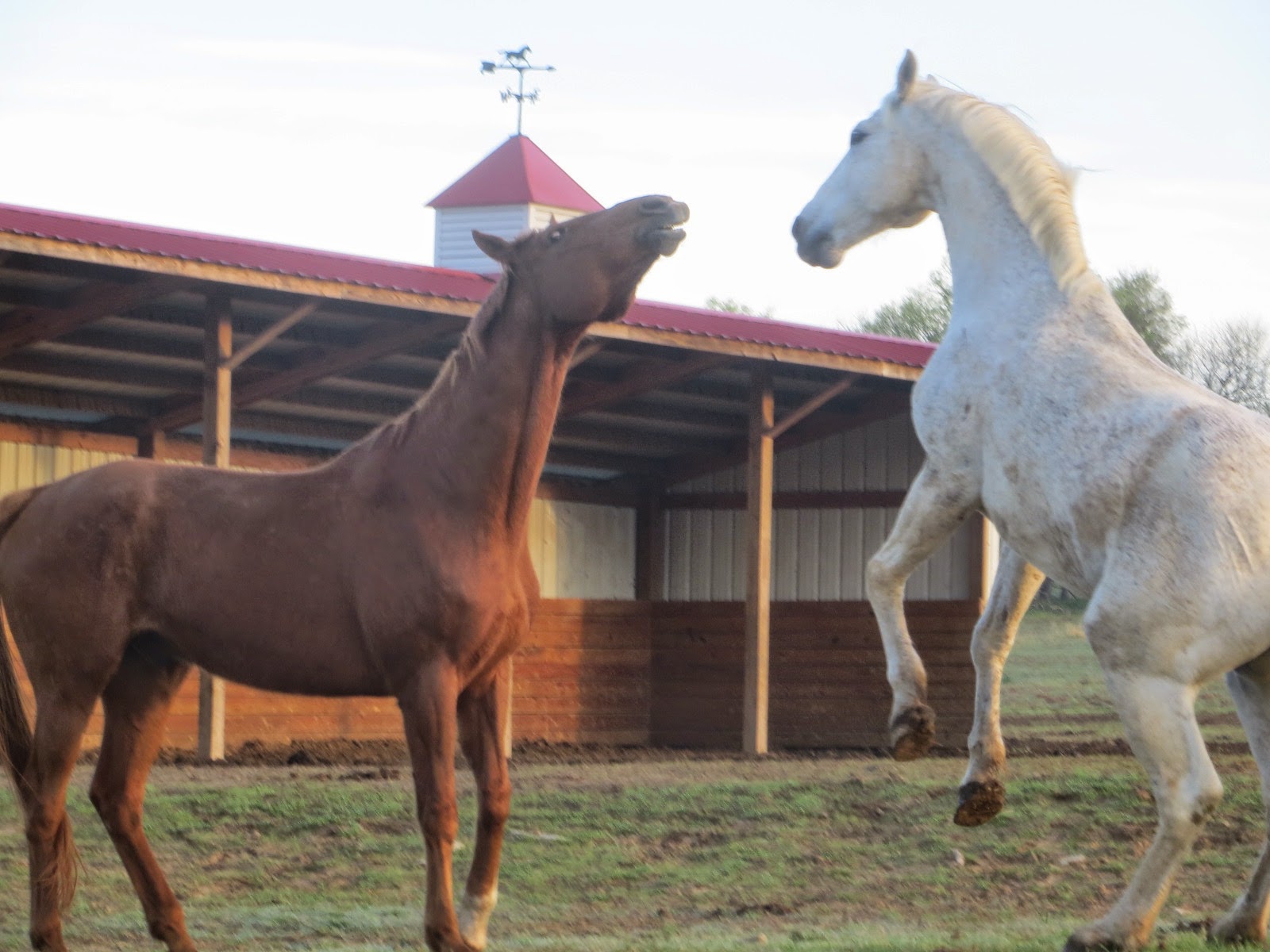 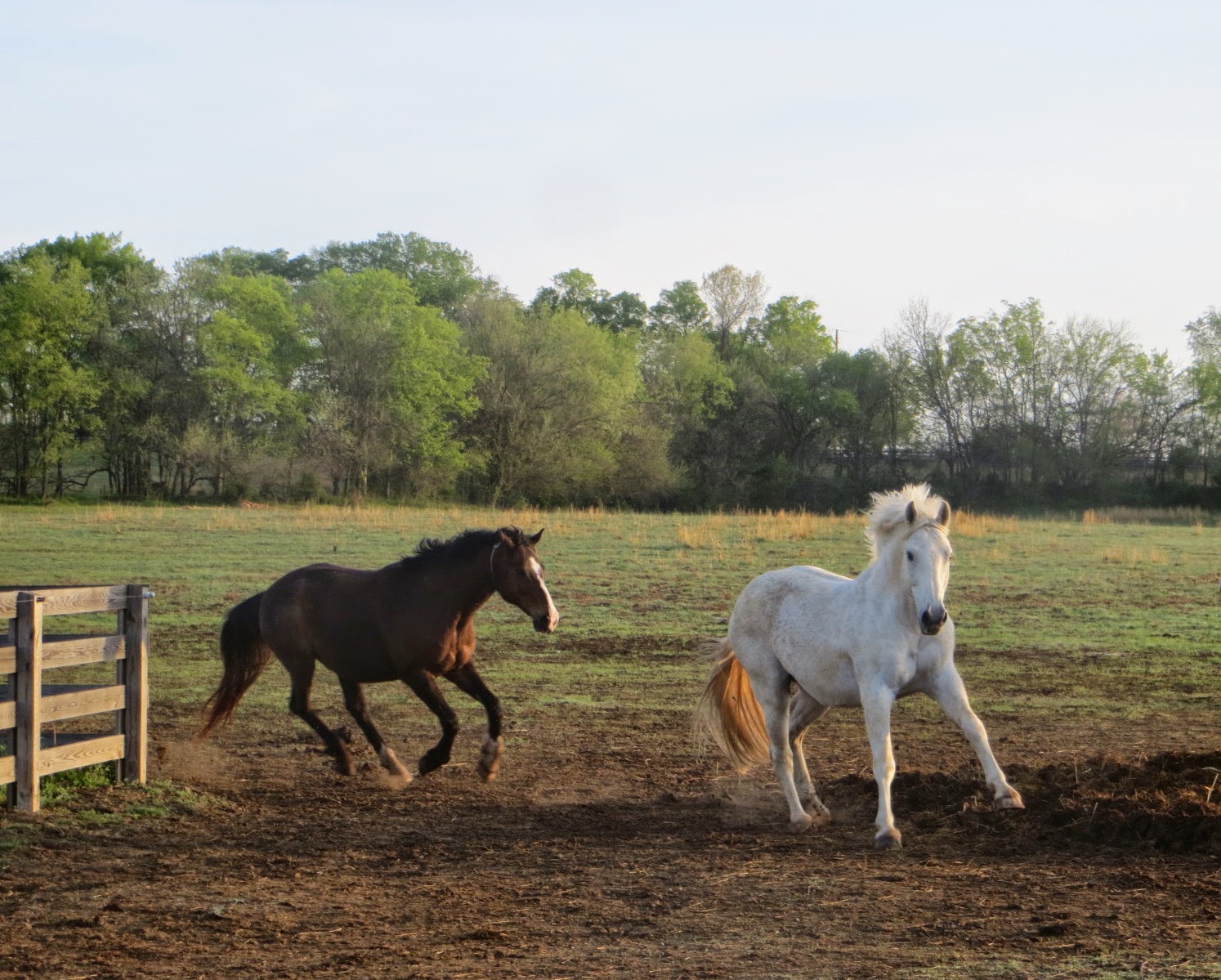 Silver in the lead again all four feet off the ground 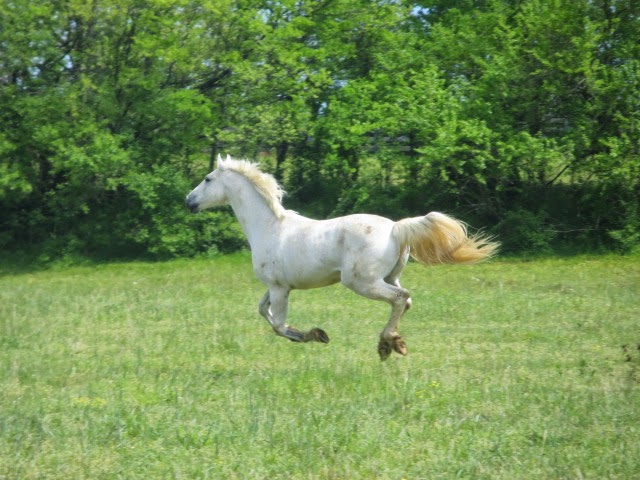 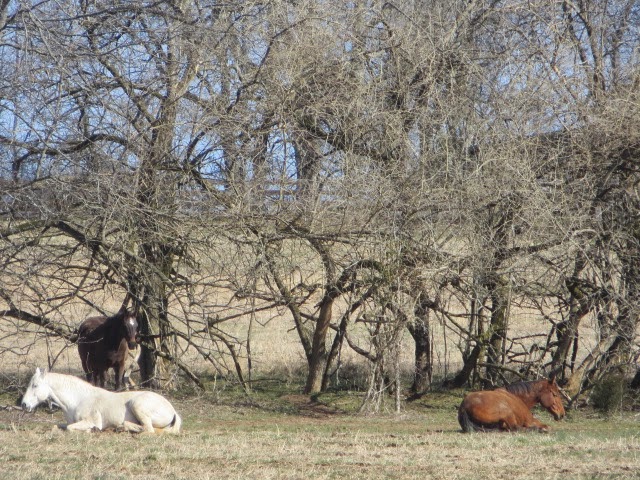 Posted by Melissa-ParadigmFarms at 2:23 PM

He certainly looks like he's enjoying his retirement - kudos to his family for sending him to you.

Silver and his Mom looked stunning in those photos! Wow. He deserves his retirement at Paradigm Farms.

Whatever his show-ending injury was, it sure doesn't cramp his playing style! Probably helps keep his buddies young, ad well.

Silver is young at heart!

Those jumping photos and stories are amazing.

I love the "flying horse" picture with all fours off the ground! Great shot. Looks like it should be on a banner or something.