A Home for Oscar

Our big news of the week this week is that Oscar, our feral cat, now has a home. I don't know if there is anyone out there that is not familiar with Oscar, but just in case I will remind you that Oscar is our very fussy, demanding and picky feral cat that we've been feeding - to his exacting demands - for about four years. We can't touch him, and we're only allowed within about 5 feet of him. A couple of years ago we did manage to trap Oscar, and we had him "tutored" and vaccinated. I predict that is the last time we ever trap Oscar.

My ongoing concern for Oscar each year is him having appropriate shelter when it is warm. When he's not hanging out on one of our porches we most often see him at our very back barn in the hay. Jason assures me that being squeezed in amongst several semi-loads of hay is a very warm place. We've gone back and forth for three years now about Oscar's cold weather needs. I have campaigned for a heated cat bed for two years. Jason has claimed he isn't burning down our house for a feral cat for two years.

As with most things in life persistence pays off. Jason finally relented, or just got tired of having the same conversation over and over and over and over. We purchased Oscar a heated cat house last week, and it arrived yesterday. Jason assembled Oscar's new home, set it on the front porch, and plugged it in. I have to say it is cozy in there.

Now the big discussion centers around the obvious, will Oscar actually go in the house and use it? It does have both a front and a back entrance to help avoid the trapped feeling as it's designed for feral cats. The entrances do have soft, clear plastic flaps that must be pushed in to enter and exit. We taped up the flap to the front entrance so that Oscar doesn't have to work so hard to enter his house, and to encourage him to actually go in.

At this point, after 24 hours of availability, Oscar has yet to enter his house. Today we have been feeding him his food right in front of the house to encourage him to approach it and be comfortable around it. Jason is positively gloating over the fact that Oscar hasn't gone in the house, and in fact may never go in it.

The betting pool is open, so place your bets.

Oscar's heated cat house ready and waiting for him 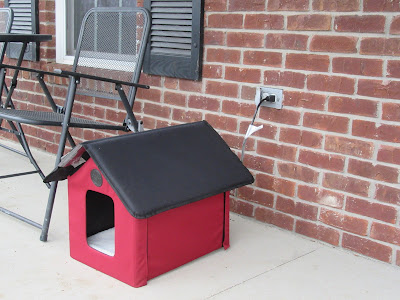 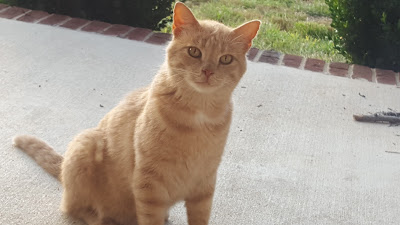 Timbit was getting his beauty sleep . . . 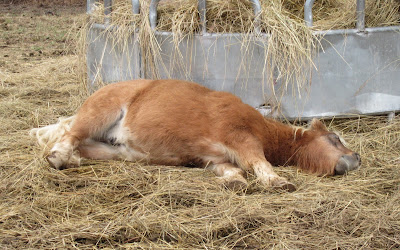 . . . until his frenemy Ewen came along and disturbed him 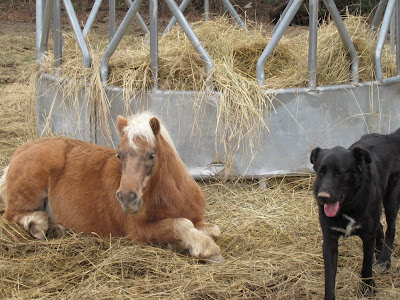 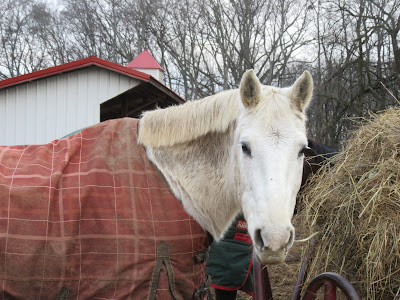 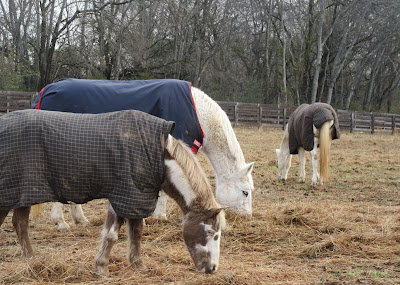 Norman's latest girlfriend appears to be Renatta; apparently Norman still has all the moves 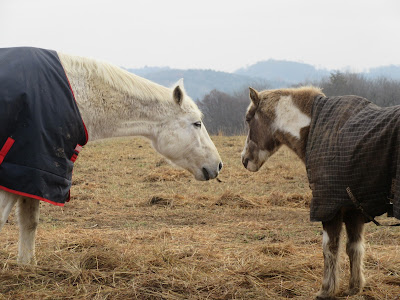 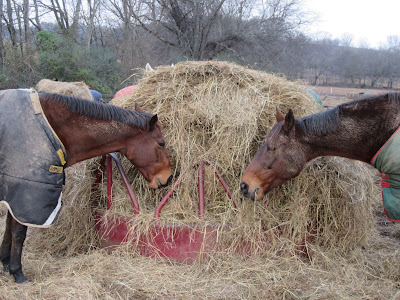 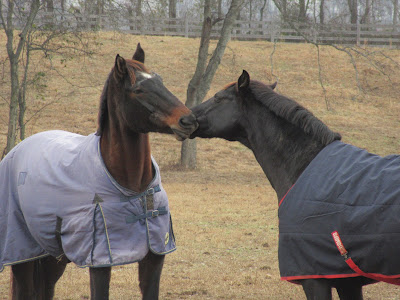 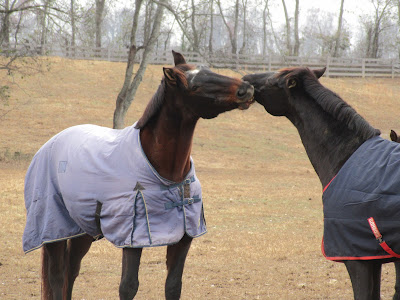 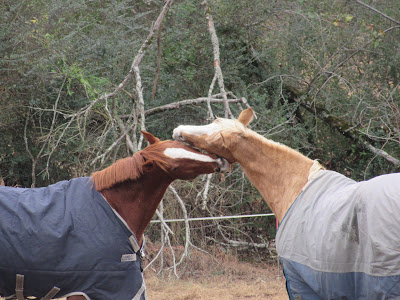 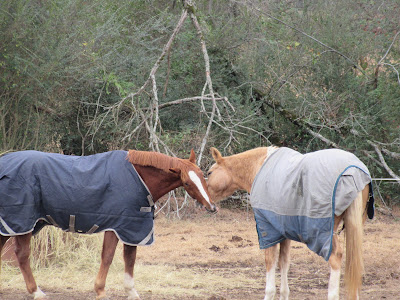 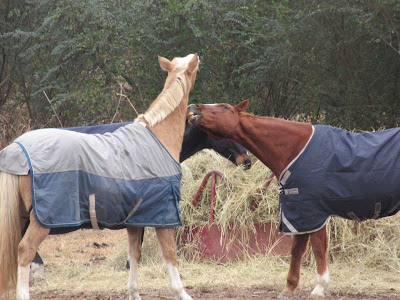 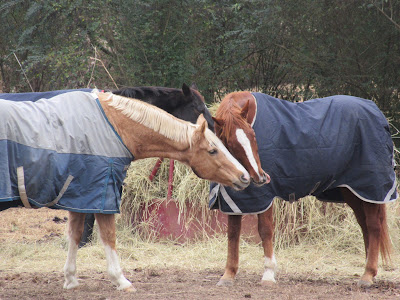 Cisco was a wild man; first he played with Hemi 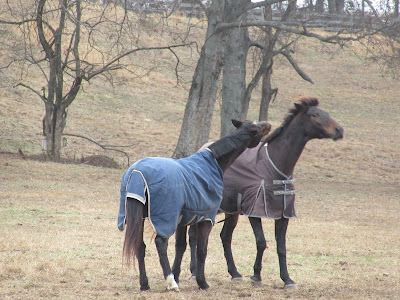 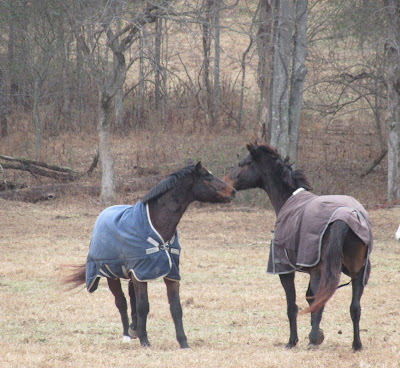 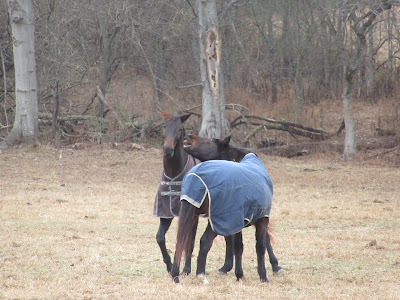 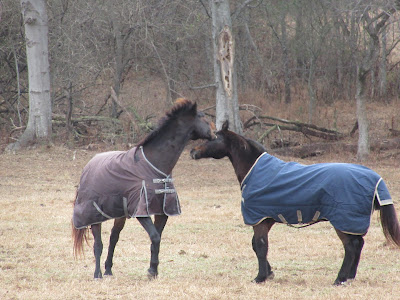 then Cisco played with Levendi 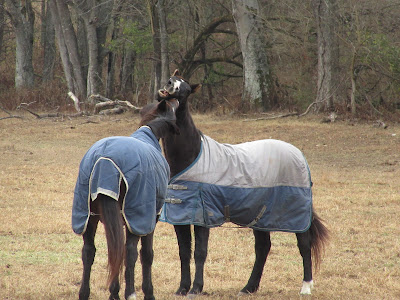 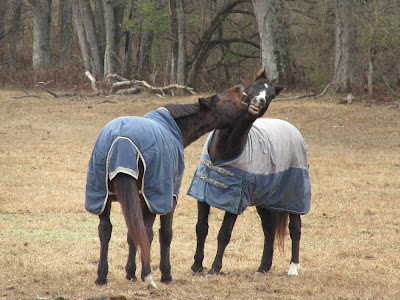 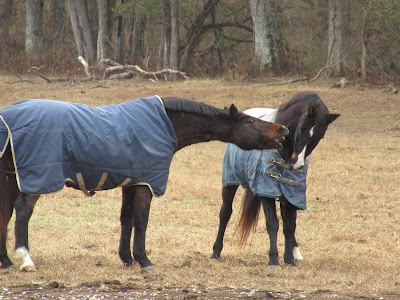 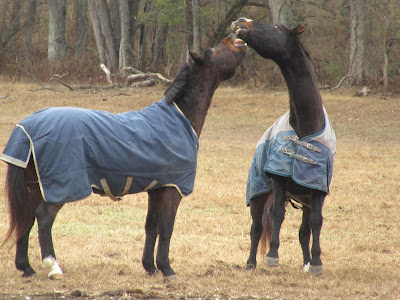 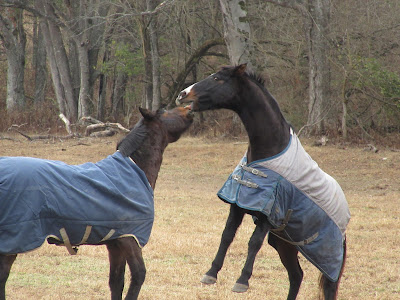 and then Cisco played with Homer 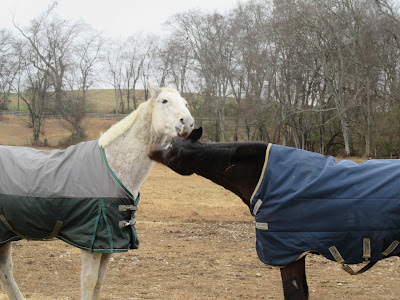 Posted by Melissa-ParadigmFarms at 4:18 PM

Our orange feral, Pepper, used to like to curl up on the old saddle pad I used on my tractor seat. Assuming he had claimed it as his, I put it in an old dog house sheltered out of the wind inside the barn, I don't think he ever did go inside. He and Sarge prefer their body-holes in the hay pile.

I love the heated cat house! Hopefully Oscar will take advantage of the fancy digs. You guys are always so thoughtful. Thanks!

hello, I hopped to you from Skoog Farms. And then I read about OSCAR. We have a stray, he has been coming to visit us for 2 years, sleeps inside in the winter, and who knows where in the summer. Recently he was so ill with cat flu, a friend finally caught him, and off to the vet.Probably the first time ever in a cage, a car trip or a vet clinic. Came home, let him out, he strolled off and vanished for 5 days. He arrived at night, looking so much more ill, blood caked nose ,mouth and eyes, and starving. This was the first time he had meowed. Fed him,and he fled under a bed, only coming out for a feed twice a day.And then, he surprised us, he used the litter tray every day!!! I can pat him, cut off the dags he gets, he is ginger with long fine hair. You could write a book about Oscar, we are much the same when he isn't here for even one day or night. Maybe in time your boy will get tamer,and use his new warm home. I will add you to my blog list and follow his adventures with delight. greetings from Jean in New Zealand.