Much to my delight and to Jason's chagrin, Oscar has officially moved into his heated cat house. As I mentioned last week, Jason was confident that Oscar was going to pretend that his new, heated house didn't exist.  Jason was looking forward with delighted anticipation at teasing and taunting me about Oscar's empty house.

For a few days it appeared that Jason was right. Oscar wasn't about to go in that house and find himself trapped again. The house does have both a front and rear entrance as it is designed for ferals. Regardless of the two entrances, Oscar was suspicious. We had placed Oscar's house so that we could tell if he was in it when we were inside our house. Several times per day I would look to see if Oscar happened to be in his house, and I would also look for signs of use. It was starting to look pretty hopeless.

Yesterday, as we were about to head back outside after eating breakfast, I did my usual check of Oscar's house before I went outside. Much to my surprise Oscar's house was occupied . . . by Oscar. I ran to the back porch where everyone was putting their shoes back on whispering "he's in the house! He's in the house!"  Of course no one was willing to take my word for this so Jason, Carter and Kate all ran back into the house and looked out the window at Oscar's house. And just like I said, there was Oscar, ensconced in his house.

As I gloated about my victory, Jason wallowed in the throes of defeat. I might have thrown out a few unnecessary comments such as "I told you so" (such a classic line) and "never question my ability to understand animals." In reactions completely opposite of Jason's, Kate and Carter were as happy as I was that Oscar was using his heated house.

Today Jason was forced to admit complete defeat when Oscar was back in his house for a second day in a row. Jason texted me, "Oscar is in his house again." I could hear his bitter disappointment as I read the words. Victory is sweet.

Oscar in his heated cat house 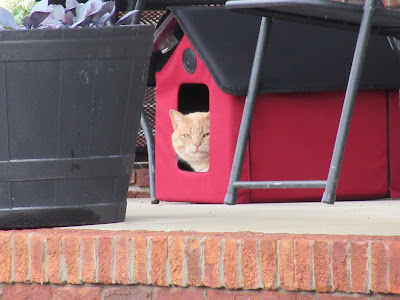 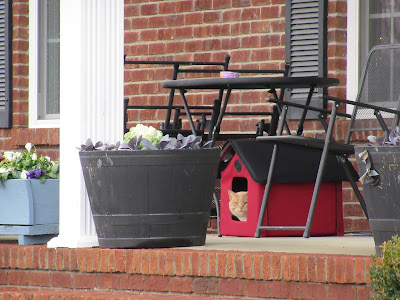 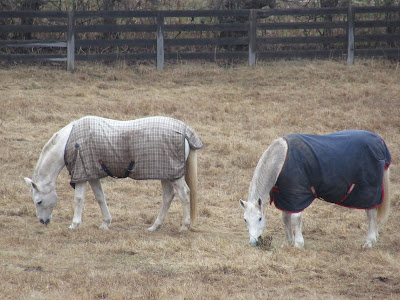 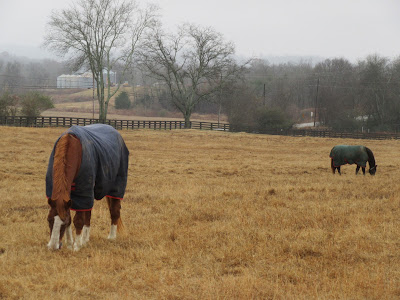 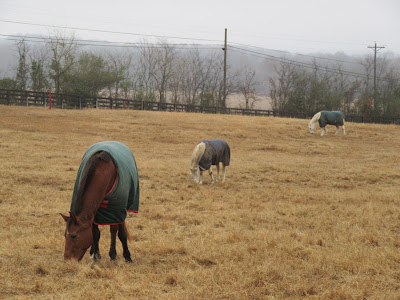 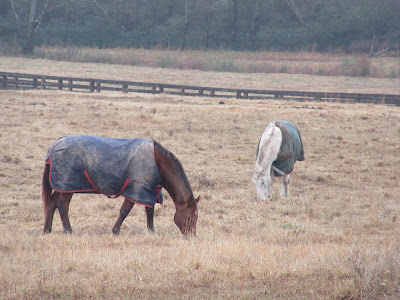 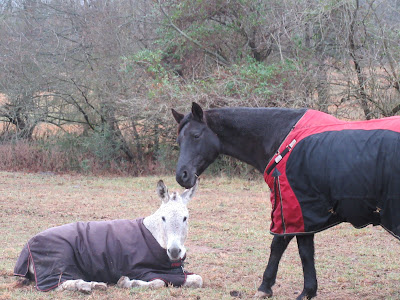 Donovan having a nice roll in the mud 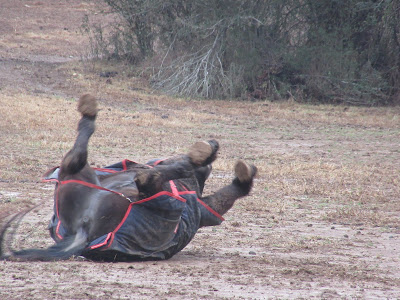 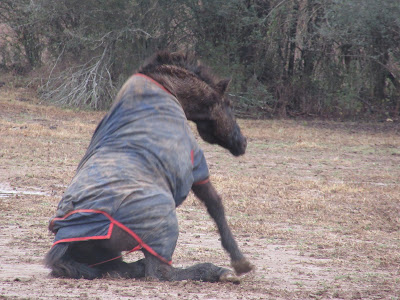 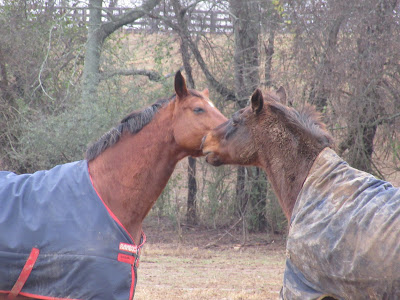 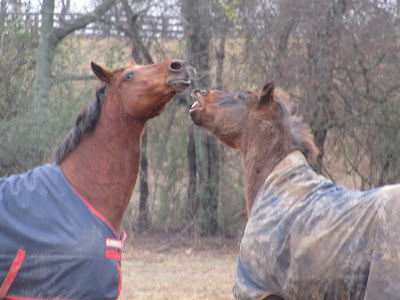 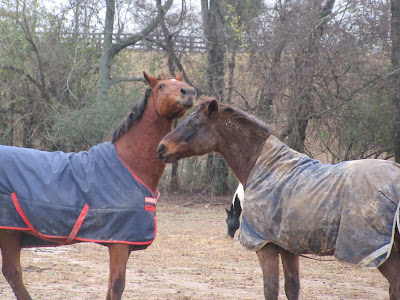 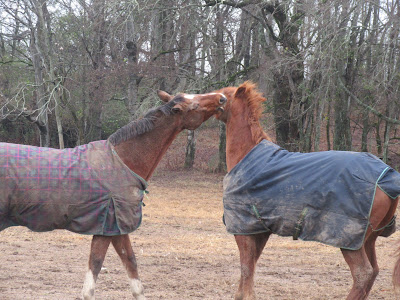 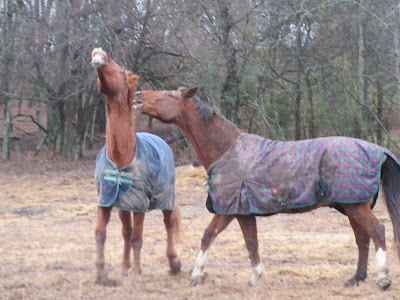 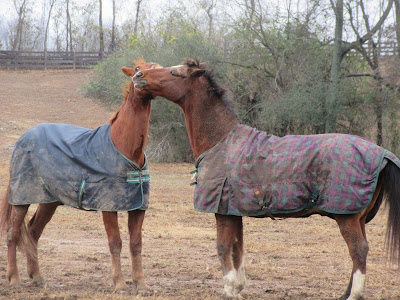 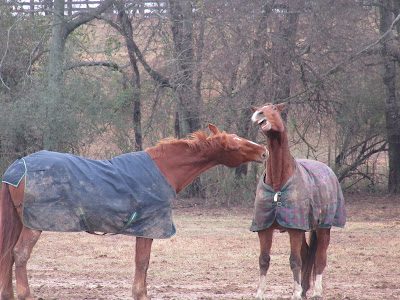 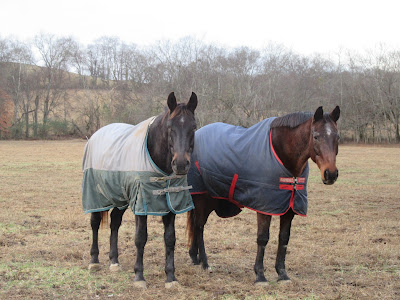 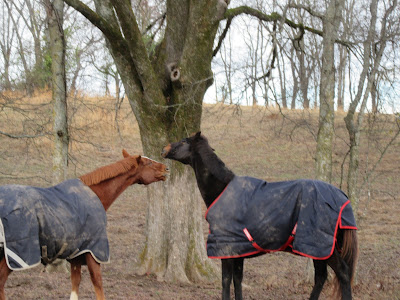 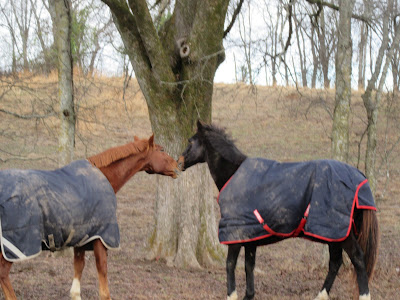 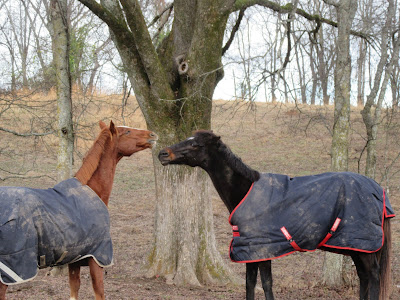 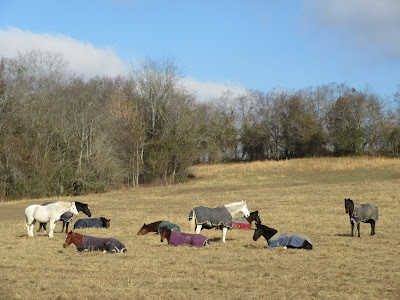 Posted by Melissa-ParadigmFarms at 8:40 PM

Triumph! So glad Oscar enjoys his house. I too have a feral cat, but mine has become much more friendly..I can pet and hold him. Maybe in time..you will be able to touch yours too. So worth the effort, making a animals life more comfortable. One step closer to domestication.

And what a spectacular house it is!

Happiness in a small house!! Hooray, as he will be well and truly happy there as the winter days and nights get colder.