The (Infamous) Story of the Lights

I'm somewhat abashed to admit I've had multiple requests to retell the story of our Christmas Lights. The lights that became known as the "god damn cheap ass lights!" Since I've had many requests via email, facebook, and comments on recent blogs, I've decided to retell the story of our family shame with the Christmas lights. Although Jason and I do laugh now when we reminisce about Carter skipping up and down the porch and timing his footfalls to the words "god damn cheap ass lights," we also realize this was not our finest moment in parenting. Quite frankly we tend to have a lot of "fine" moments in life, so I guess this particular fail should come as no surprise. This story happened two years ago in December 2014.

Two years ago I decided that Jason and I needed to do more decorating for the holiday season. My original plan involved more than a thousand feet of lighted garland wrapped along the top rail of part of the fence. As I began contemplating the amount of clips, ties and red bows I was going to need I decided this was far too ambitious and we would do something simple. My simple plan involved putting lights on the exterior of the house.I convinced Jason that lights on the house would be a much less time consuming project. Jason didn't buy into my vision of lights on the first and second story of the house. We finally compromised on lights on the front, following the edge of the roof lines, first floor only. We purchased the lights, the clips to hang said lights, got out the ladder and proceeded to decorate.It didn't go well.As we were unraveling strands of icicle lights out of the boxes we were already getting frustrated. After the fun of untangling the lights when we plugged the very first strand in it had a section in the middle that didn't light up. We couldn't figure out why. We finally tossed this strand of lights to the side and kept going.At last it was time to commence hanging the lights. We decided to start with the porch roof since it was the lowest point. We broke 4 of the stupid clips right off the bat before we got one clipped to the roof and to the strand of lights.  It didn't help that our ladder apparently was not in the Christmas spirit and didn't want to decorate. Jason was hanging on to our unstable ladder with one hand and the lights and clips with the other hand.We finally got a couple of the clips up and had about a foot of the first light strand affixed to the house. Then simultaneously the ladder decided to slide again, a clip broke and one part of the light strand we were working with went dark. Jason, in a totally justified moment as he hung precariously on the ladder, shouted out "god damn cheap ass lights!"Unfortunately Carter had been paying attention at that moment in time and thought it was funny when dad was swinging on the ladder and shouting. He began skipping up and down the porch, yelling in time with his footfalls, "god damn cheap ass lights! god damn cheap ass lights!"I wanted to die.I had visions of little three year old Carter skipping around at his pre-school while yelling "god damn cheap ass lights!" and having no clue why his teachers were looking horrified. (Side note; several months ago I was notified when I picked Carter up at school that he had used "daddy words" that day. Way to go, Jason!)Jason was totally oblivious to Carter skipping and screaming "god damn cheap as lights!" as he clung to our ever-shifting ladder and wrestled with the lights. I finally snapped out of my nightmares and said "hey Carter, can you count the lights for mommy?"  Thankfully Carter stopped skipping and cursing and turned his attention to counting lights. He's been solid on counting to ten for well over a year but 11 to 20 is still iffy. So that took all of his concentration and he forgot about his skipping and screaming "god damn cheap ass lights!"Jason managed to hang on to our recalcitrant ladder and get the lights clipped up on both sides of the porch. That left us with a drooping strand in the middle over the porch steps. Our ladder definitely wasn't going to work on the steps. Jason stomped off and re-appeared a few minutes later driving one of the tractors. I was instructed to get on the tractor and lift him up to the porch roof in the bucket. In ultimate redneck fashion Jason proceeded to finish hanging the lights from the front end loader of the tractor.

We were both happy to finally have this one small section of lights up on the porch roof. We stood back to look at them and soak in our mini Clark Griswold moment. We realized that the plug to connect the two strands we had used left us with a dark spot right in the middle of the porch.  We decided we didn't care.
We also realized one of the strands of our icicle lights was determined to point up instead of down. I told Jason it looked like our Christmas lights were giving us the finger. We decided we didn't care about that either, it was kind of appropriate at this point.


one strand of icicle lights giving us the finger 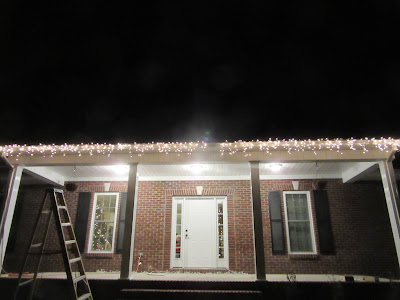 We also decided we weren't putting up anymore lights on the house. Not on the first story, not on the second story, not anywhere. The porch was it and we were done.
To summarize our attempts at exterior Christmas decorations we accomplished:
1. One skipping child screaming "god damn cheap ass lights!"
2. Jason hanging precariously from a ladder that was an unwilling participant
3. One dark spot in the middle of our one small strip of icicle lights
4. One strand of icicle lights pointing up and giving us the finger
5. Two wannabe rednecks seriously considering leaving the lights on the porch roof year round so we never had to do this again.
And there you have it, the story of the infamous Webb Christmas Lights. 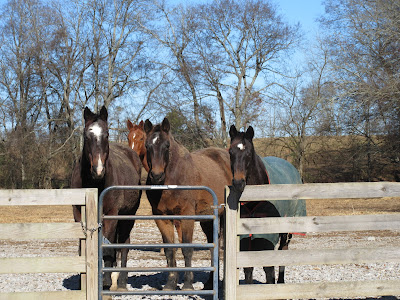 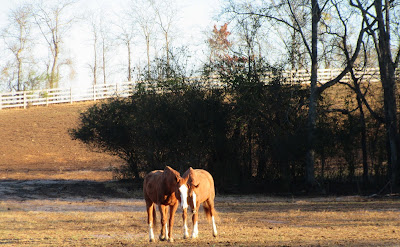 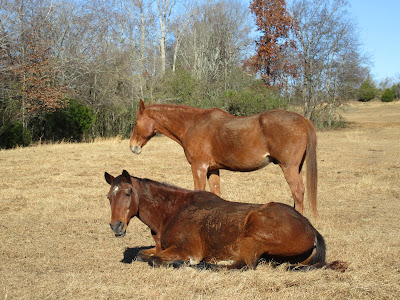 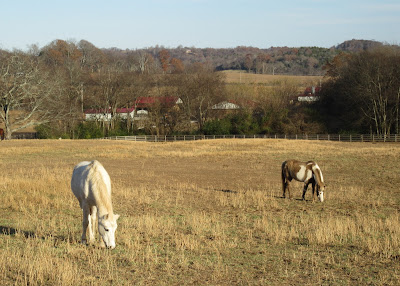 Faune and Romeo being playful 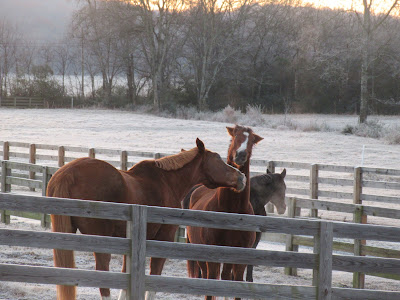 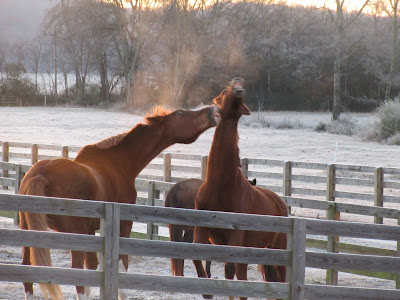 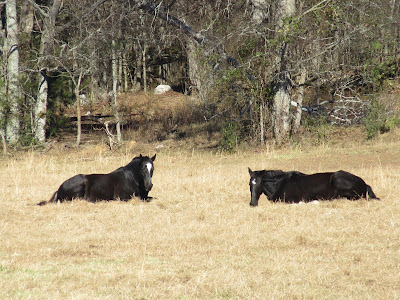 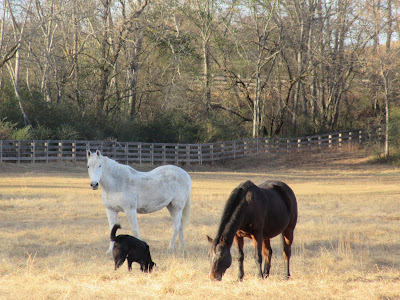 Remmy and Merlin playing with a stick 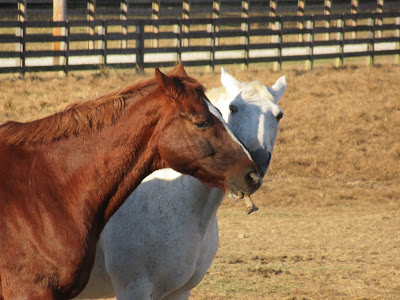 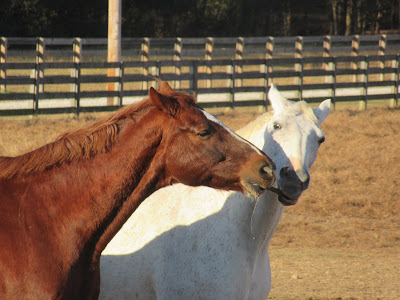 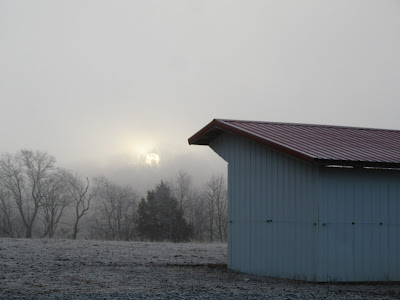 Posted by Melissa-ParadigmFarms at 8:15 PM

Yay, thanks for reposting!

At this point in life I have realized that candles in the windows not only lend a festive glow, but can be installed and maintained from floor level indoors. The most complicated part being finding the nearest outlet and then adjusting timers until they all come on and go off within 10 minutes of each other. Timing adjustments can be made while sipping adult beverage of choice.
If that's not festive enough, dangle a wreath from somewhere in front and aim a single spotlight at it.
Merry Christmas :)

I accidentally hit delete instead of publish on this comment from Calm, Forward, Straight:

Yes - now it is officially Christmas!