Being a Fainting Goat

Jo and Mina, World's Cutest Fainting Goats, have no idea how good they have it - just like the horses that live here! They get to do whatever they want all day long, with people hovering over them waiting to attend to their every need. Oh, the fainting goats look bored, let's build them a teeter totter. Uh oh, the fainters look bored again, we need to go out there and play with them (they like to play chase with Jason).

It is a nice life, the world is their oyster. So occasionally they faint for a few seconds if they get startled or overly excited, but it seems like a small trade off for such a cushy life. I hope everyone has a great weekend, I have no doubt Jo, Mina and all of the horses plan to keep their stress levels low.

Jo (Josephine) and Mina (Wilhelmina) playing on their teeter totter, running, bucking and showing us what a great life it is to be a fainting goat on this farm.

Apollo trotting through the pasture 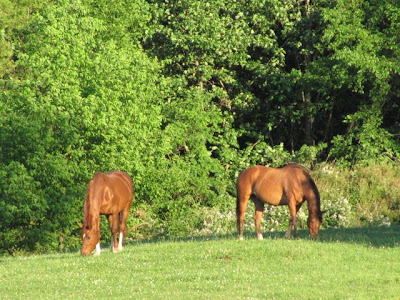 Jo hanging out on the bench in front of the barn . . . just because she's a fainting goat and she can. 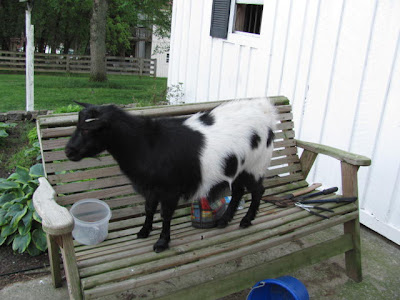 Levendi and Thomas (Hemi in the background) 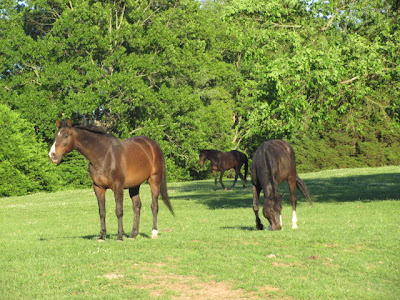 Asterik, B-Rad, Faune and Sebastian trotting through the pasture 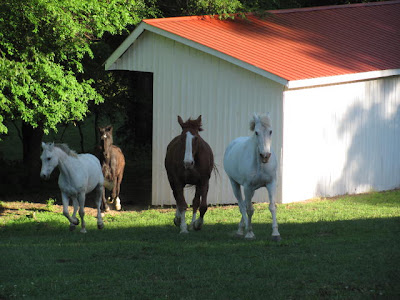 Snappy, Teddy and Clay trotting through their pasture . . . 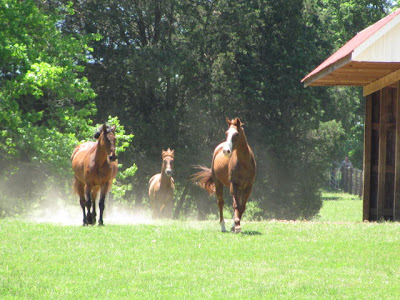 . . . Slinky caught up with them a second later; Snappy, Slinky and Clay 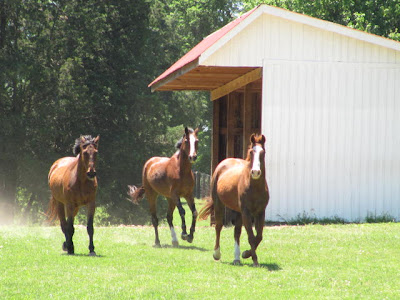 Chili resting his head on the fence 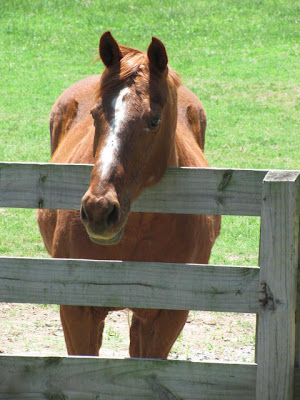 O'Reilly, Lucky, Chili and Lightening - something had their attention and I thought they looked cute. 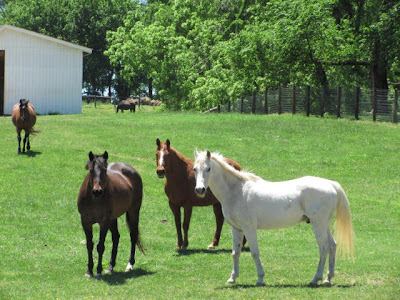 Harmony walking through the pasture 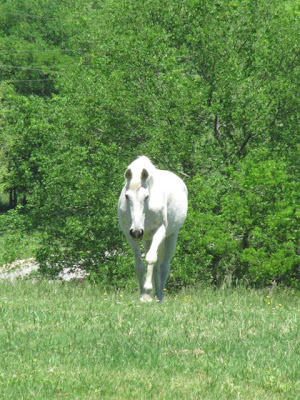 Faune grazing in the buttercups; as I mentioned in my last post I am sure Jason sees this picture as a dagger to the heart because of the buttercups. When you have more than 100 acres to keep up with weeds happen. He does not accept this, at least not well. Jason will be intent on killing weeds until the end of his days, I am sure of that. I doubt he's ever going to win but don't tell him I said that. 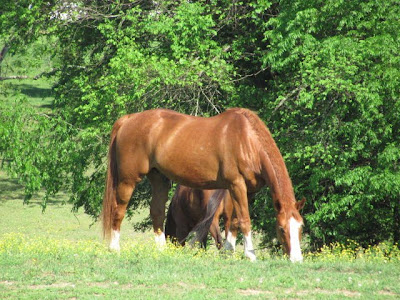 Posted by Melissa-ParadigmFarms at 9:21 PM

I officially love those fainting goats. They're like a pair of puppies!

Yay! Goatie video! I must say Mina and Jo ARE the cutest fainting goats!

Every time I see your goats it makes me want some! They are indeed the CUTEST fainting goats. :)

Great pictures in this post! Love those cute goats and I especially love the video of Apollo! Look at that overstride! Look at that swinging back! That must be schwung, I think it's called. It's just too bad that he can't carry a rider anymore....The farm looks beautiful and and lush!

Funny videos but my fAvorite is seeing Jason run! So glad you have such fun with all of your animals! Everyone looks fantastic!

Oh, the goat antics made me feel so happy just watching them! That teeter-toter sure is a hit. They are a couple of ruckus butts!