Spring to Summer with Notes on Body Clipping

As most of you might surmise successful farming of any type means working slightly ahead of nature’s calendar to get everything and everyone prepared to handle the upcoming change in weather. Here in the mid-south, our seasons begin and end much more gently and much more slowly than anything I remember in Ontario which lends us some extra time to prepare ! This is especially true right now, as spring changes slowly into summer and the flush of spring grass growth begins to ease and the cool season grasses give way to summer species. Our mid-summer warm season grasses are much more drought and heat tolerant than our spring and fall grasses; a good thing given our somewhat sporadic summer rainfall.

I have just put away the bush hog after completing our second pasture clipping of the year. We like to do a pasture clipping about now to facilitate the change from cool to warm season grasses as much as we can by removing semi-dormant and headed cool season grasses. This helps stimulate growth in two ways; by opening up the canopy allowing our warm season grass a chance at some sun and by intentionally stressing some of the cool season grasses by removing the seed head. In our part of the world right now is also an excellent time to do weed control if needed, as spring weeds give way to summer weeds and ANY weed is easiest to kill when it is small and actively growing.

In addition to warm and pleasant days this time of the year begins to bring consistently warm nights. We like to help a few of our residents who don't shed out quite as "naked" as we prefer to transition to warm weather by giving them a full body clip. Melissa and Amy were busy with the clippers today and should finish up on Thursday of this week. I’m sure you’ll be able to check out their handiwork in later photo sessions !

(Melissa chiming in for a moment here - actually Amy and I were so busy manning the clippers we didn't take any before or after pictures or even a picture of the big pile of hair we swept up after body clipping a couple of horses. I'll try to remember to get some pictures at our next clipping session. For anyone that cares I have two sets of Andis clippers that I use for body clipping. The Andis Progress clippers are my main body clippers. These are heavy duty clippers but are so light and have no vibration so my wrists and hands don't get tired at all, I love them. Anyone else have nightmares of using the old Oster Clipmasters for body clipping? Those things weighed a ton and I dreaded body clipping because of them! I also have Andis AGC 2 speed clippers with a T84 blade. This blade is still as wide as the blade on my bigger body clippers but the clippers themselves are much smaller and more maneuverable, thus excellent for legs and faces. End Melissa's hijack here.)

Warm nights also mean it’s sheet and blanket removal, storage and cleaning time. This might not be much of a job when it’s only a few sheets and blankets but brushing off, packing up and storing our big pile of blankets kept three of us occupied for the better part of a very warm and very dirty day last week !

Hope everyone is having a great Wednesday !

Elfin grazing in front of the pond 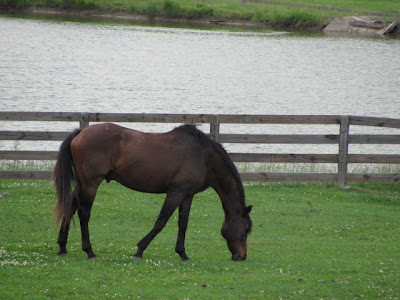 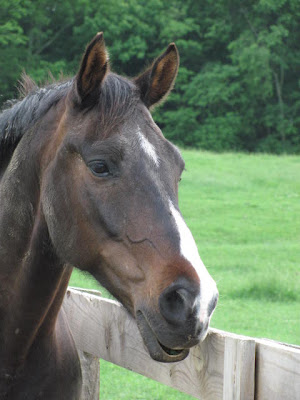 Apollo kept his stress level low while waiting for his turn with the farrier! 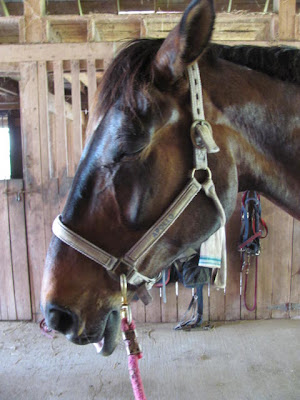 Left side of the fence Elfin, Thomas, Hemi and Chance; on the right Silky, Snappy and Lucky 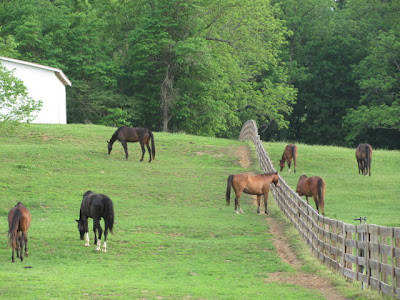 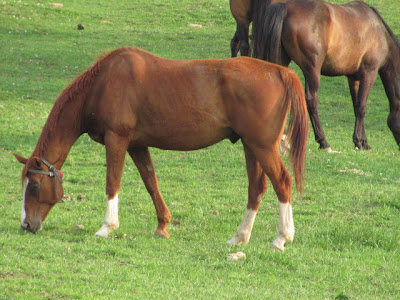 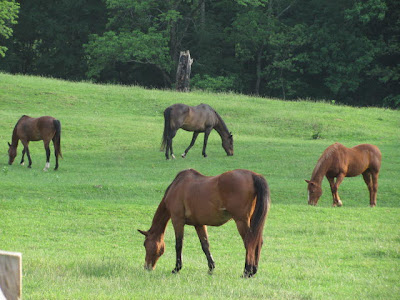 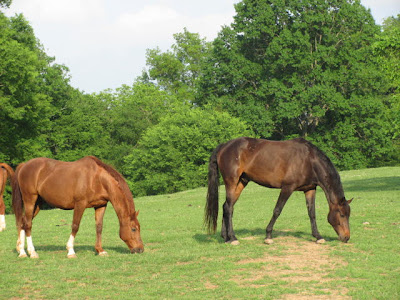 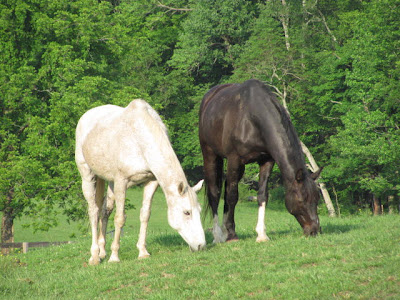 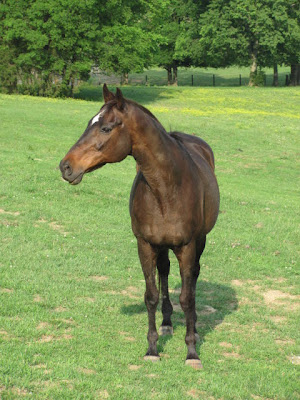 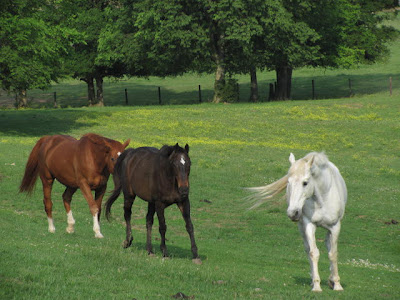 Posted by Melissa-ParadigmFarms at 9:49 PM

I totally need some body clippers. You may have just convinced me to buy some nice ones!

I lways wondered what clippers were used for the majority of the horse's body. I hadn't learned horse body clips in detail before I left grooming school (in 2004), and never had a chance to since. But I'm still always willing to learn how, and just knowing that the Andis A5s that I already have will work for some is great. :)

Since I didn't hear from you I assume you and Lily both survived your body clipping experience!