Is it in the genes?

It depends on a lot of things. Quality of life issues can become a major concern for horses of any age. If a horse is retired due to injury it is always possible that pain issues may become more problematic over time. Thus although the body may not be worn out overall, one part is having such a negative impact that daily life is no longer pleasant for the horse. In many cases pain can be managed with reasonable efforts. If pain can no longer be managed through efforts that the horse's owners (and ourselves) consider reasonable then a decision for euthanasia is in order.

People often compliment us on having so many oldsters in our care that are still healthy and going strong in their late 20's and into their 30's. I am going to be honest here and say that although I do think we take excellent care of all of the residents here, I don't think it determines longevity of life. I have known horses who received marginal care at best, and sometimes outright neglect (at least what I would consider outright neglect, although animal control did not - but that is another topic entirely), for the majority of their lives and they still lived well into their 30's. I have also seen horses who have never had anything but immaculate care their entire lives pass away young from natural causes.

As much as I would like to think that good care on our part has allowed several of our residents to be blessed with both quantity and quality of life, in reality I don't actually think care is the deciding factor. If it were then a lot of horses living on the edge of starvation year after year should have short lives and horses who have never known anything but the best should automatically live well into their 30's. Since we all know neither is the case then the only logical conclusion is that good care does not guarantee longevity (although I certainly don't think it hurts.) Something of a depressing topic I know, but it is a question I've been asked a lot lately.

On to some more cheerful pictures . . .

The big boys come up to their water trough every afternoon and have a drink and usually take a siesta as well. They always seem to do their napping out in the full sun instead of in the woods or in their run-in sheds. Homer taking an afternoon siesta. 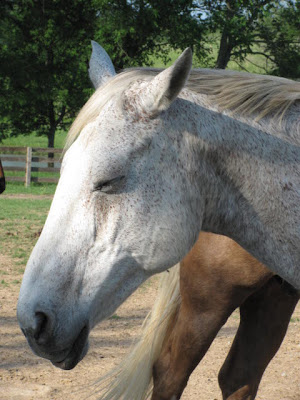 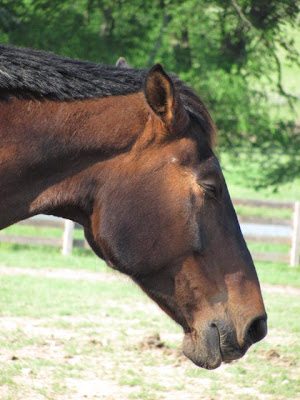 Sebastian surrounded by some buttercups. I think it makes for a pretty picture. Jason on the other hand considers it a sword through the heart to see weeds in his pasture. 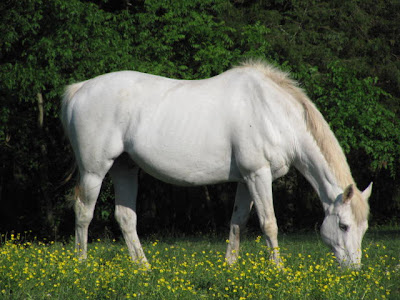 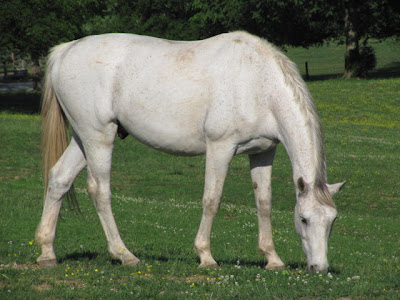 B-Rad having a grooming session 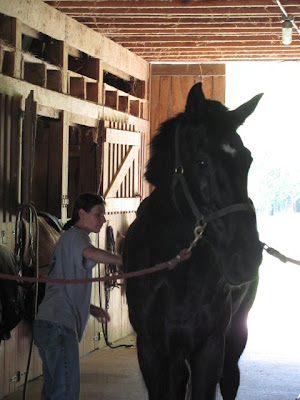 Sebastian, Faune and Winston grazing in the shade 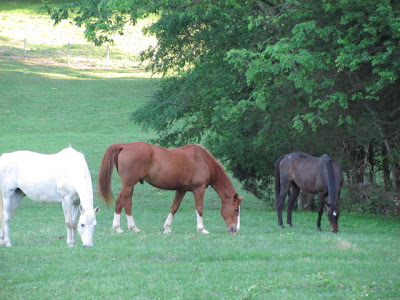 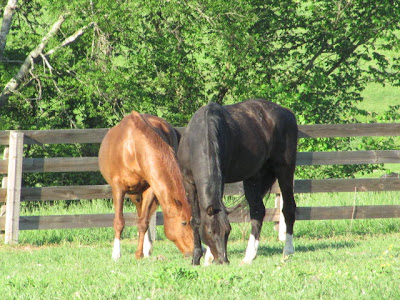 Hemi and Chance grooming each other 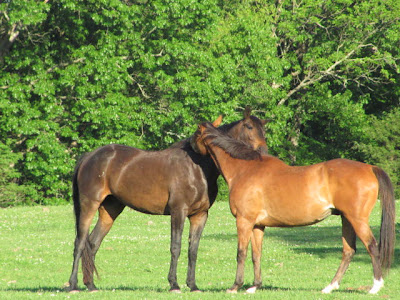 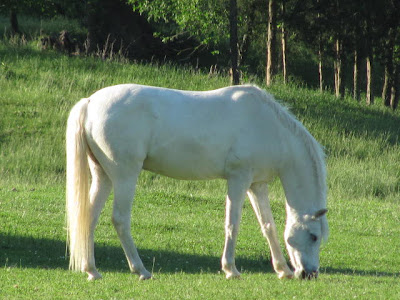 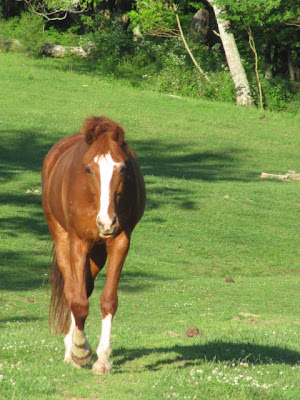 Buttercups = unhappy Jason. Even only a FEW buttercups. Grrr. :)

Oh Jason....you would have a field day at our house...or uh um pastures! I've just started to notice those pesky ......thistles! Can u say bush hog?

The buttercup are flowers, not weeds!

Thanks for the sleepy picture of Apollo. He looks so real and it brought back so many memories that I could smell his particular horsey scent!

Look at Harmony - 30 this year, but when she was 8, she was diagnosed with a heart murmur. I guess it did not bother her too much!