It is hard to believe this is the last day of 2009. Overall it has been a great year and I would not complain if 2010 continued on in much the same way as 2009. The low points of 2009 were saying goodbye to Poco, Bridget and Trillion. Unfortunately when you live on a horse retirement farm you do get to experience the full circle of life on a regular basis, including the sad parts. There is so much fun and joy involved that it makes it worth it though. In 2009 we had the pleasure of welcoming new residents, becoming friends with their owners, and had the pleasure of spending our days on the farm. It is a wonderful life and if I were not living it myself I can say that I would be jealous of someone else who was.

As the last day of 2009 unfolded Jason and I pretty much had our plans set for us. That is something of a joke as we really had no plans except to curl up on the couch and watch a movie. We ended up tending to a sick horse and a sick fainting goat.

One of the world's cutest fainting goats has a urinary tract infection. We noticed some blood in her urine and that was one of our two vet calls today. We also have a horse who is acting completely normal aside from the fact that he was slightly sweaty on his neck which Amy noticed when she fed him this morning. (I have to say it is so nice to know that your help is as cognizant of the details as we are!) He had a high fever but no other symptoms, normal appetite, drinking water, passing manure, urinating . . . otherwise completely normal.

So that brought us to vet visit number two for this last day of 2009. He was given IV bute which did the job as his temperature went back down to normal and has remained there for several hours. The vet came back to check him again this afternoon and was pleased with our dramatic temperature drop. The vet will be back for another recheck in the morning, so we will start off 2010 with the vet! This is a bit of a mystery as no other horse is exhibiting any signs of anything being remiss and we've had no new horses on the farm. Combined with the fever being his only symptom it is definitely odd. Hopefully his temperature will continue to remain normal and we can put this behind us as an odd but distant memory very soon. I can say that our patient is pretty sick of having a thermometer shoved up his rear end every hour, can't say that I blame him!

I hope everyone has a safe and happy New Year and a wonderful 2010! 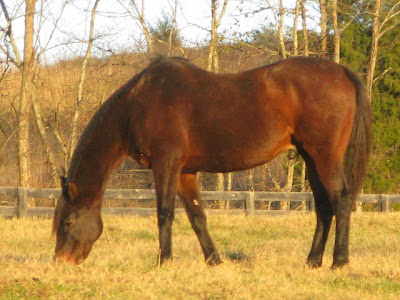 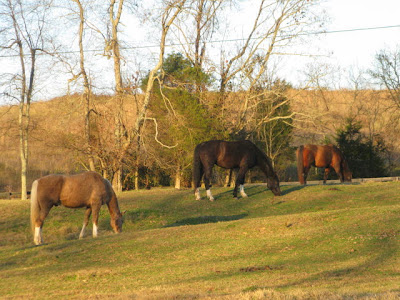 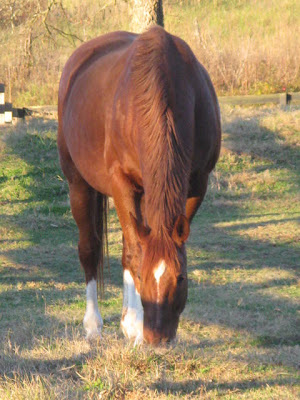 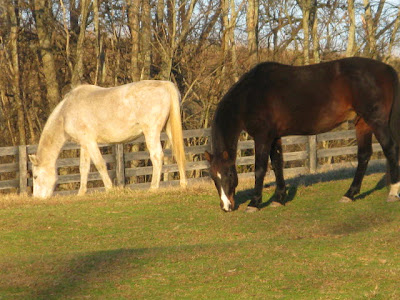 Chance in the front, Homer and Levendi behind him 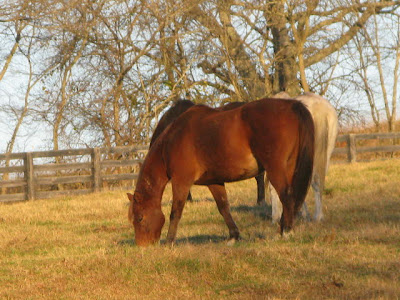 Asterik on the move 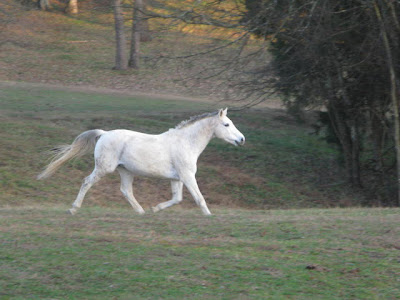 Winston and Faune going somewhere in a hurry 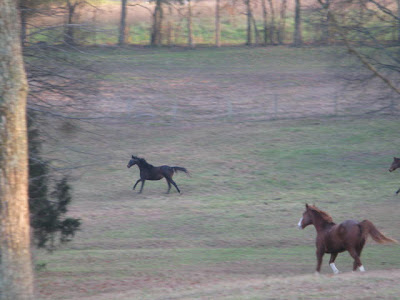 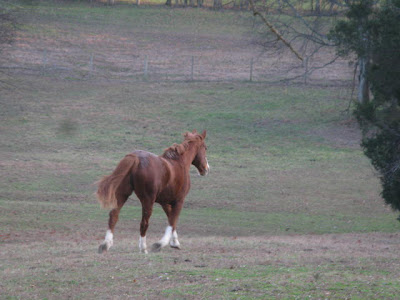 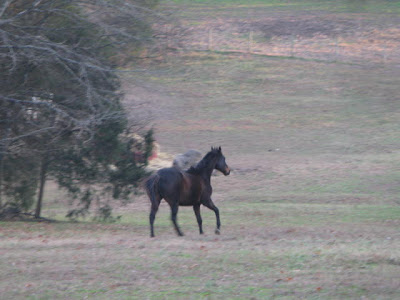 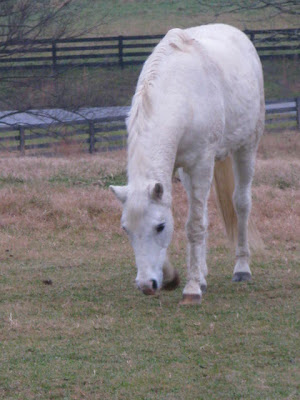 Posted by Melissa-ParadigmFarms at 11:37 PM

Hope all the sick residents make a full recovery! Hope to get down to visit you and my two in 2010 - it's hard to believe we've never met in person!

Happy New Year to you all and I hope the ailing ones get better soon! Best wishes for 2010!

Happy New Year to you and everyone at Paradigm! xoxoxoxThe Cassens

Happy New Year to you all....people, horses, dogs and goats! Hope everyone is better by now. I rang in the new year with a migraine headache that started on New Year's eve morning! Nope, it wasn't from too much celebrating. I've been struggling with them for a few years and could not nail down the culprit! BUT, I think I finally know what causes them....sounds crazy but it's a full moon and low/high pressure systems. I've done the MRI's, allergy, hormone, and thyroid tests and nothing. I guess if a full moon can cause babies to be born and tides, then it can cause a migraine! LOL!