Cinnamon's mom sent me some pictures of them competing together. Cinnamon joined us in retirement last fall but I had not ever seen any pictures of her in action until recently, and of course I had to share them! Cinnamon is a large pony of unknown breeding that their trainer had accepted in lieu of a commission on another horse. Cinnamon's mom started riding her and they really clicked. I'm told Cinnamon wasn't the easiest ride in the world, that she was pretty hot and also a very explosive jumper which you don't always expect in a large pony. She was also very fast and could really run and turn in the jump-offs.

A few years ago Cinnamon and her mom were members of the gold medal winning team at the National Pony Jumper Championships. Not a bad record for a pony that no one knew anything about at one point! Even more impressive about their gold medal is the fact that their team only had three members instead of four, so they had no drop score and every single round counted. What an impressive way to win!

Cinnamon did a great job of preparing her young rider for even bigger jumps as she moved on to the junior jumpers. Her mom recently won silver and bronze medals at the North American Junior Young Rider Championships in Lexington, KY. Her mom now has the trifecta of medals, gold, silver, and bronze and Cinnamon started it all. 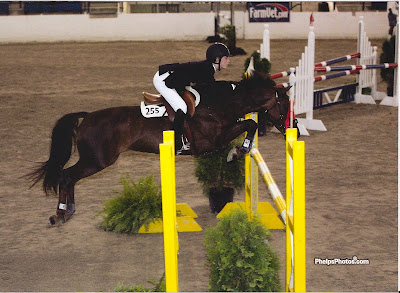 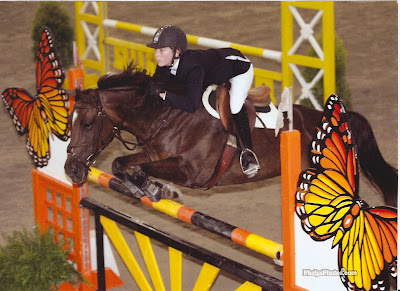 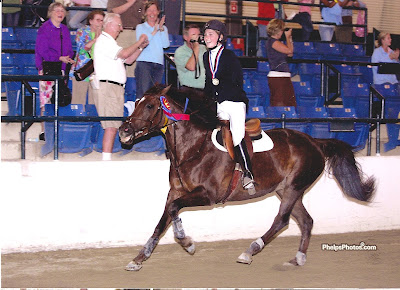 Cinnamon passed the torch on to her mom's other horses. Below is her mom at the NAJYRC where she earned two more medals. 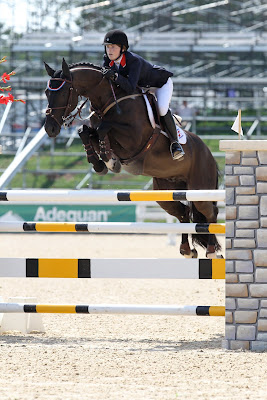 I want this horse (who wouldn't??)! What an effort he is making not to touch this oxer, good thing he is wearing a belly guard! 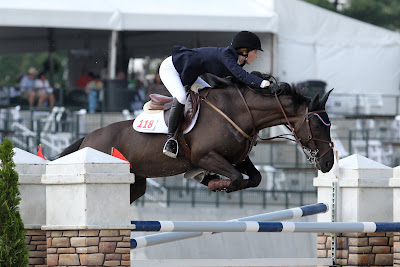 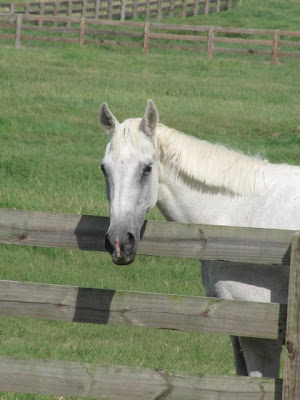 Snappy and Teddy. Snappy competed through the 4 star level in eventing with famous New Zealand eventer Mark Todd. He was sold to the states and crashed at a cross country jump (rider error) and finished his career as a championship winning hunter. Teddy is retired from dressage. 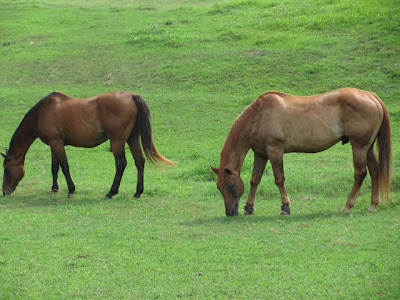 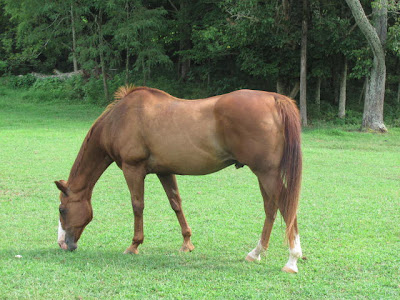 Slinky, Lightening, Lucky and Teddy. Slinky is a large pony who specialized in the pony equitation classes. Lightening is an Arabian, Lucky is a Quarter Horse and both are retired trail partners. 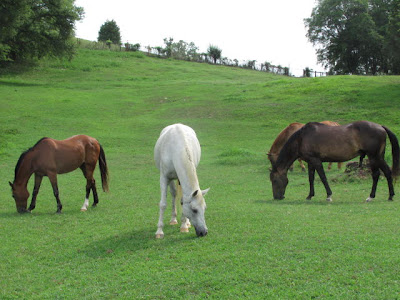 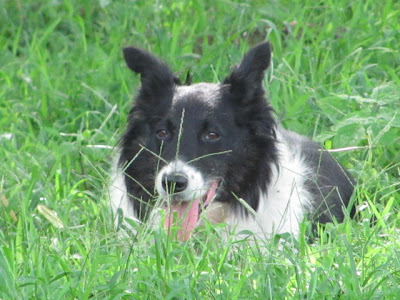 Cuff Links, retired medium pony hunter. Here he is thinking "I spend my career carting kids around and putting up with them. They told me I was coming here for a nice retirement and now I have to put up with this guy!" 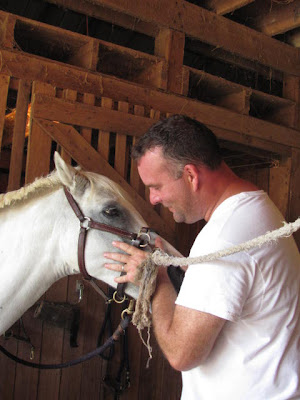 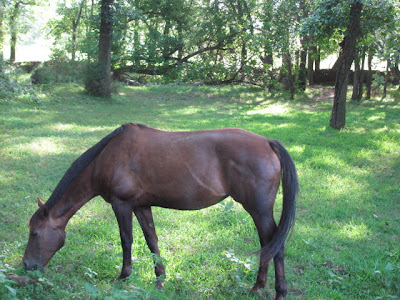 Traveller is a large pony and retired pony hunter. He won championships at prestigious shows including the fall Indoors circuit. 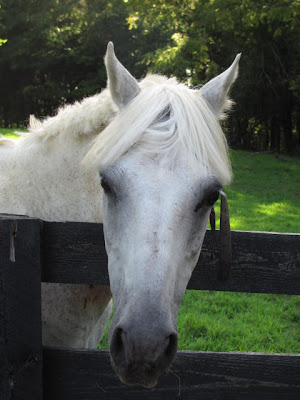 Chance and Leo. Chance is a Thoroughbred and has had multiple job titles including race horse, carriage horse and h/j. Leo is a Dutch Warmblood and showed through 4th level dressage before becoming an A circuit hunter. 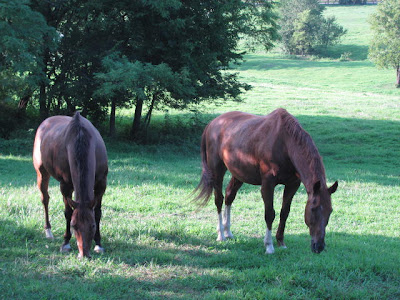 Ogie, B-Rad and Alex. Ogie is a thoroughbred and retired upper level eventer. B-Rad is a Belgian Warmblood who was originally picked out and brought up through the jumper ranks by Olympic gold medalist Chris Kappler before finishing his career with a junior rider. Alex is a Quarter Horse and retired show hunter. 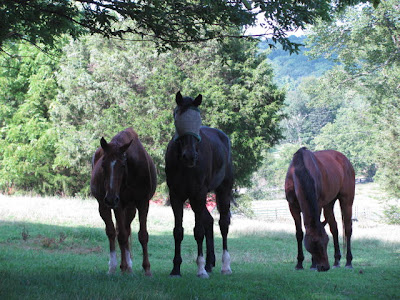 Posted by Melissa-ParadigmFarms at 6:50 PM