Today, after fifteen years of practice with two women, I think I've mostly figured out how to keep a harmonious marriage. In fact, the metaphor that would most aptly describe my marriage to Melissa most of the time is "like a beautiful piano concerto". Having said that, when one is building a business and a life with one's partner, there are lots of opportunities for "crashing cymbals" .... the metaphor which best describe our disagreements.

Melissa can best be described as a "future" thinker. By this, what I mean is that if given the time and opportunity, she can and will think through every possible combination of events that could befall us, sometimes years ahead of schedule. This is kind of baffling to me, but what is EVEN MORE baffling is that for no apparent reason she will begin to act on a set of random perceived consequences (which to her are almost inevitable) long before (in my opinion) the course of action has been set (or the problem even thought about). My usual response is a baffled, " What in the world are you doing ?" In truth, I already know what she is doing. Her thought process is quick and it has to be quickly followed by action. She is a natural born worrier who has a quintessential Type A, high drive personality. Her brain is like a bunch of hamsters running amok on a never ending treadmill.

Nobody who knows me would ever describe my brain function that way. Not my mother. Not my best friend. Nobody. Although I share Melissa's Type A personality and task focus when it comes to getting work done, my brain's natural pace is that of a fat, lazy hamster who spends an inordinate amount of time on the couch drinking beer and watching TV. I may occasionally act quickly, but I think very s-l-o-w-l-y and my brain takes lots and lots of time outs to refresh itself. Nobody is ever going to accuse my brain of working itself to death.

As you might imagine, combining these two thought processes often leads to significant friction.

I have been thinking through various problems related to building out our new farm for the better part of three months. And until very recently I haven't been doing much about said problems beyond thinking them through, although to be fair even I realize that the time for action (on some of the things I've been thinking about in my brain) is well nigh. This process has been helped along by increasingly frequent tonal changes and ever increasing volumes emanating from my better half. Really I kind of feel sorry for her. It's not that I don't want to act. My brain just isn't ready to be done thinking yet. In the interim, poor Melissa has gone from civil disagreement to red in the face yelling and about a week ago she crossed over to begging and pleading. I thought she was going to have a stroke.

Mercifully, about the time I thought Melissa was going to stroke out, my fat, lazy brain decided it was done thinking and it was (finally) time to get off the couch and engage in some serious action. As is predictable in our case, this change of pace immediately led to much improved marital relations. In fact, way off in the distance, I thought I faintly heard the sound of a piano earlier this evening.

(Melissa here: Reading this post made me think about another time when the differences in our decision making came out. A few years ago I made the mistake of letting Jason go pick out a movie for us to watch by himself. I was sick with the flu and feeling really miserable. He offered to go get us a movie to watch, under the pretense that this was supposed to help me feel better, or at least temporarily forget about how bad I felt. What does he come home with? The TV miniseries "Roots."

Let me tell you this did nothing to make me feel better or forget about my woes. In fact by the end of it I was more sick and depressed than ever. If he wanted to watch a TV series couldn't he have brought home "Seinfeld" or "Friends" or something aside from the one of the most depressing things I've ever watched? I'm not saying there weren't a lot of good messages to take home from "Roots" but come on, I was sick as a dog! )


I hope everyone is having a great week so far !

Two of the ponies, Cuff Links and Missy 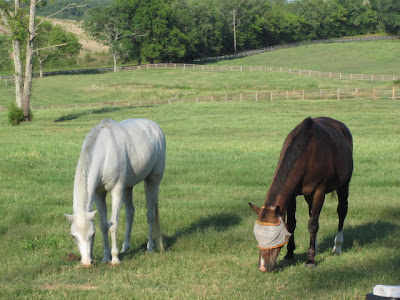 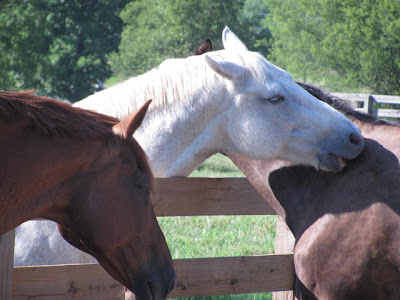 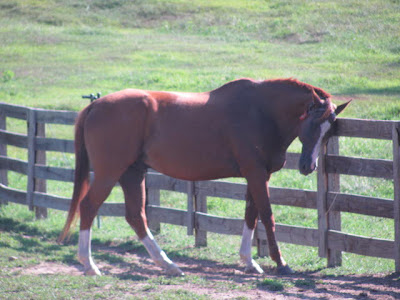 Faune grazing with Alex and B-Rad behind him 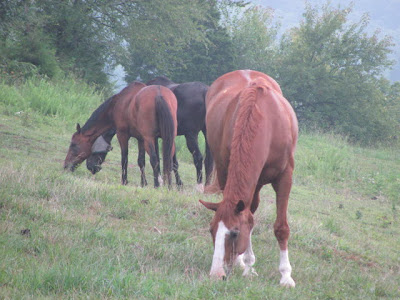 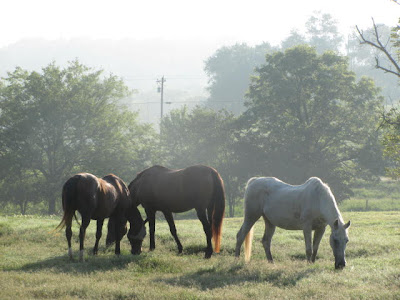 Teddy having a nap 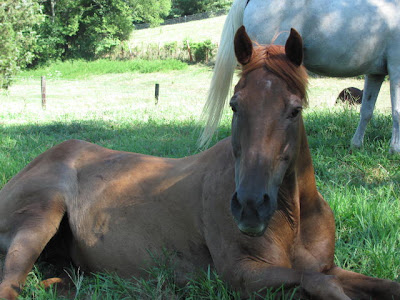 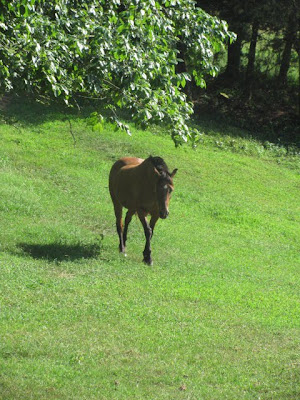 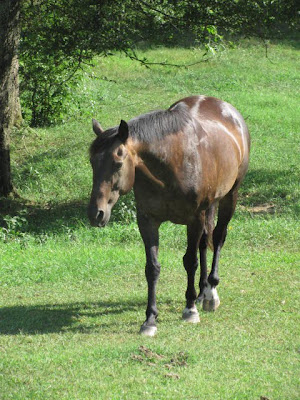 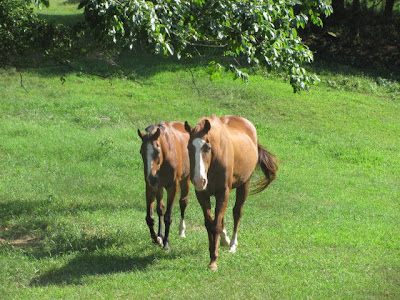 Posted by Melissa-ParadigmFarms at 8:53 PM

Such is life! The horses look great.

The pair of posts are very funny!

Love Lily being social with the boys - can I please have an e-mail of the picture - thanks for taking it?

oh, don't you hate it when they rub on your nice things! they should rub on trees only, and only trees hefty enough to not mind it.: )

Marital Harmony is an oxymoron. At the end of the day, it's just important to say "Honey I love you. Sometimes more than others!"

Ah, such are the pleasures of sharing this life so closely with another person! I think it's better to think slightly differently, I bet you each identify different issues and/or solutions sometimes as a result of either processing quickly or "sleeping on it". Best of both worlds!

I just love that photo of Teddy, he looks so darn cute!