We have been busy, busy, busy the last couple of weeks. The earthwork was done for the barn at our new property last week and the poles are now set as well. It shouldn't be long before this mess (don't want to offend Jason) lovely earthwork and bunch of poles actually starts looking like a real building of sorts. 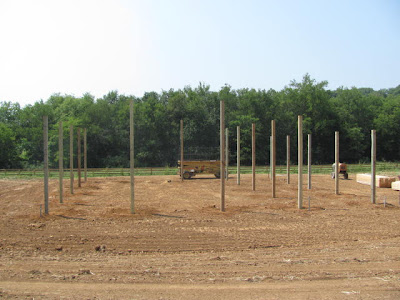 In other news Jason and my Dad finally finished re-assembling the Kubota tractor. I'm not sure how many times this tractor was actually taken apart and put back together, but Humpty Dumpty is finally complete re-assembled, including the cap. And it runs as it should. I ended up being pressured into helping with the final re-assembly step, and I would like to add that this was against my will. I really had no desire to participate beyond watching from a distance and taking pictures of the debacle.

The last step was getting the cap back on the tractor. I was told that this last step, unlike the re-assembling and rebuilding of the motor, would be a "piece of cake." I guess it was in the sense that no one was harmed and nothing was damaged. However when *I* am needed to help complete the tractor re-assembly process I sort of see it as desperate times call for desperate measures, but in the end it was a success. 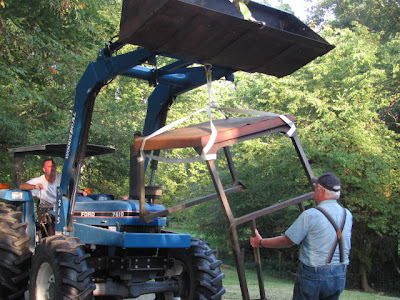 this lead to more consulting and re-configuring of the ropes 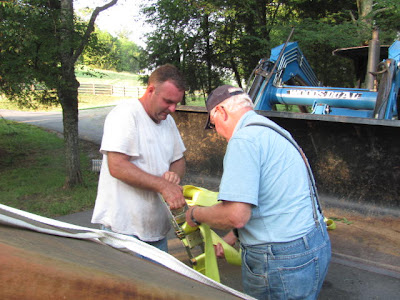 attempt #2 to put the cap on 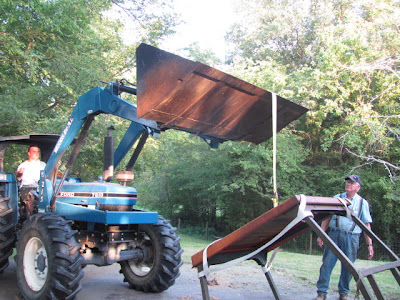 this led to even more consulting and re-configuring 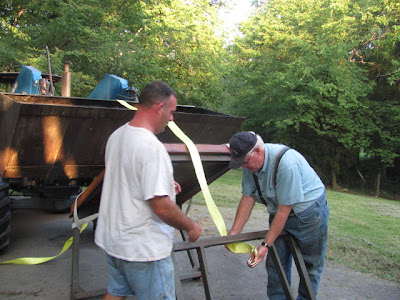 Jason looking awfully serious as they give attempt #3 a shot 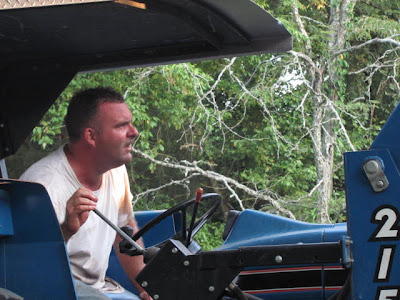 But they were getting closer; and at this point I have no more action pictures because I was pressed into service. I wasn't real keen on helping guide this thing onto the tractor. No one cared though. 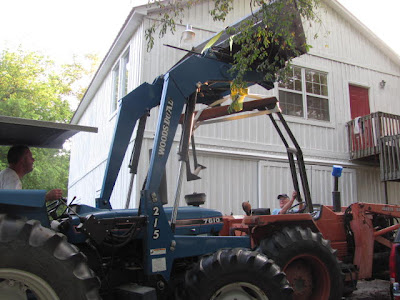 Apparently I was the lucky charm because finally the cap was on and Humpty Dumpty was together again. 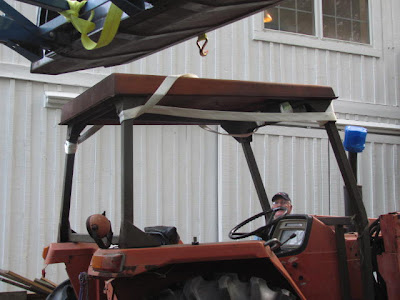 We have a really busy week again this week. We have several new arrivals scheduled in the next few weeks as we prepare to start transitioning to our new farm. We are having the best kind of busy these days. Lots of things going on and projects to keep us busy, but all fun and exciting for us. Hope everyone had a great weekend!
The big boys like to hang out in the woods. I went in to observe them one day. Tony was using two trees as a scratching post. 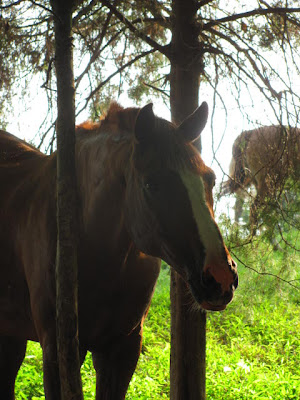 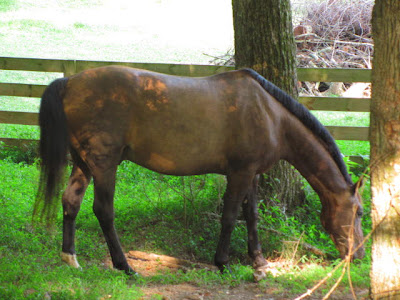 Thomsas was scratching his neck on another tree 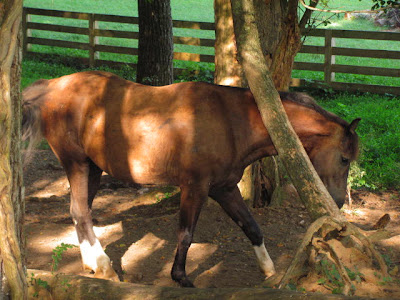 Leo was just hanging out 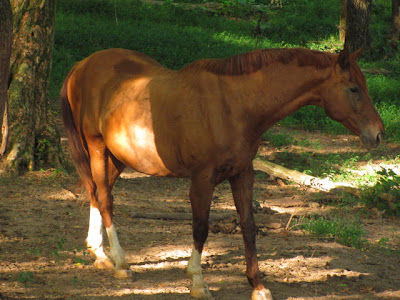 Tony grazing; I love his coat color, it a deep, red chestnut that can be hard to capture in a picture. 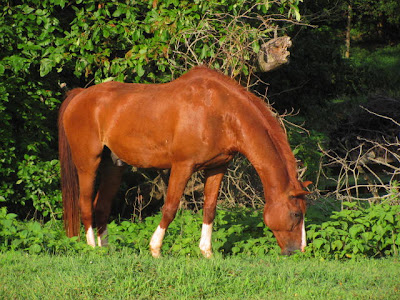 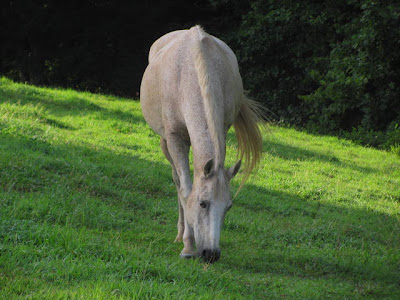 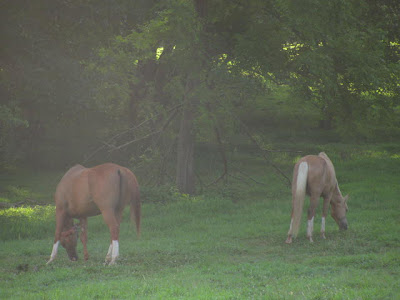 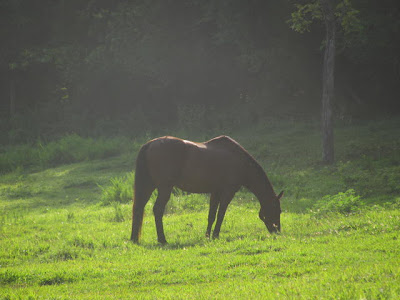 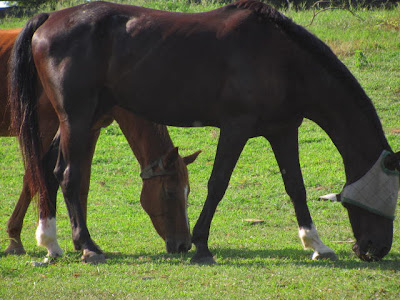 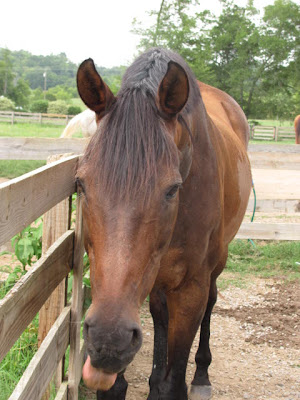 Posted by Melissa-ParadigmFarms at 6:25 PM