We've been busy with our farm building projects at the new farm lately. Jason managed to dig the trenches, lay the pipes, get everything hooked up and the lines re-buried for our first 940 feet of water line. He did this by himself (well with the help of a trencher) in a single day. I was extremely impressed by this. Jason was impressed by himself as well, as he should be! He said he would never EVER do that much work in one day again. Can't say I blame him for feeling that way.

We also have a driveway which is quite convenient. The barn has all of the trusses in place and about half the roof done. We are having the roof insulated so it makes building the roof slower as they are putting up the insulation as they go. The people building our barn were also on vacation last week so obviously nothing happened on the barn. That will change this week. I must say we have been more than pleased with the people who are building the barn. We did a "test run" when we had them build the first run-in shed before having them build the barn. They do exactly what they say they are going to do, exactly when they say they will do it, at exactly the cost they said it would be. How rare is it to be able to say all of that in the same sentence about a builder!

In another week or so things are going to start looking less like a construction zone and more like horse heaven! 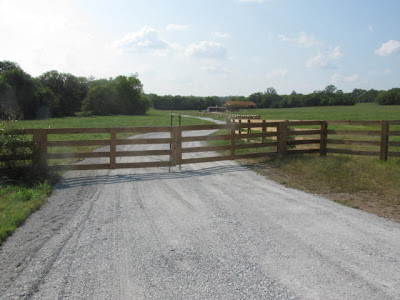 The barn without about half the roof done 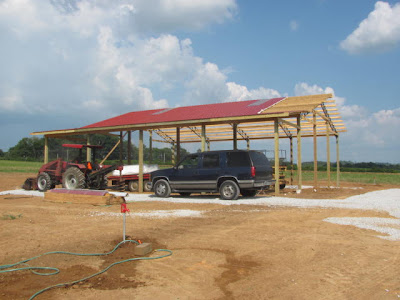 Parking area in front of the barn 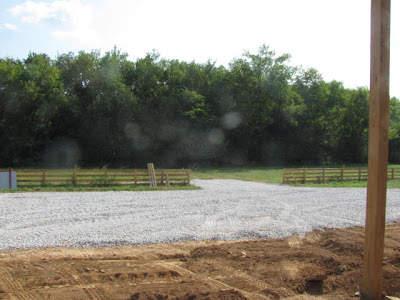 Jason put some tile drain down where the stalls will be and had gravel fill put in. This is our first step in preparing the stall floors. 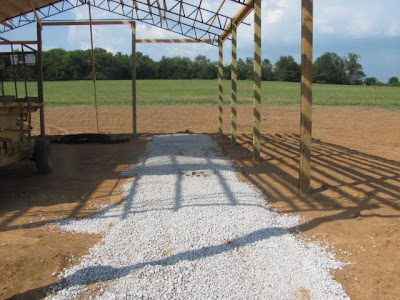 Jason is so proud of his water lines and taps he took a picture of the water running. I thought it was cute. 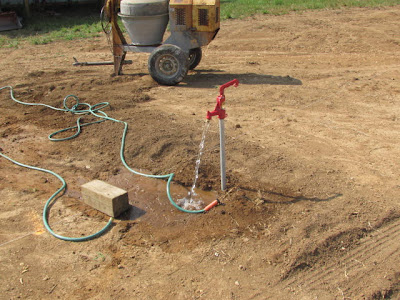 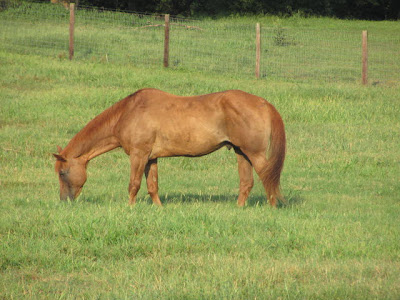 Spike making bedroom eyes at the mares across the alley 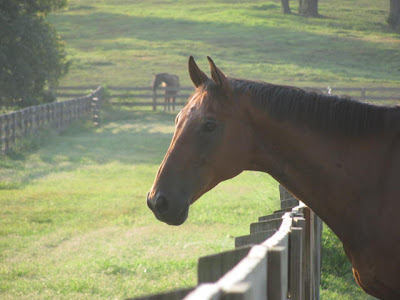 Jo and Mina hanging out in the barn 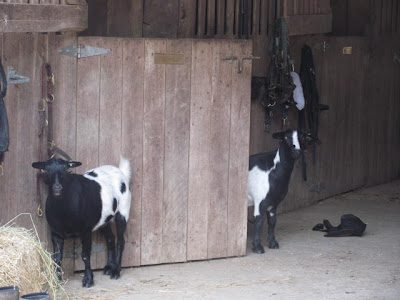 Cinnamon enjoying a good roll in the dust 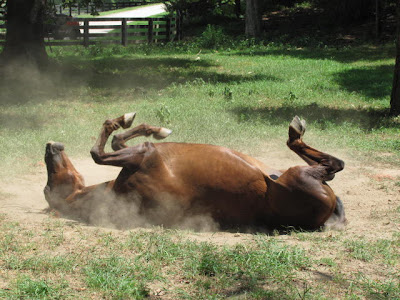 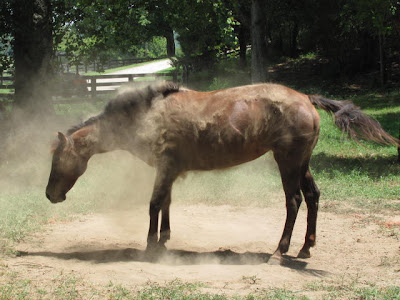 Sparky walking along; Sparky was originally running wild out west and was rounded up by the BLM. We don't know exactly where he came from or exactly how old he is as we were not his original adopters. I sometimes wonder if he misses (or even remembers) being wild. We've had him for 14 years. He really likes wearing his sheet and blanket in the winter, and if Sparky doesn't want you to do something it doesn't happen. Domestication seems to be agreeing with him. He is a great example of how adaptable our equine friends really are. 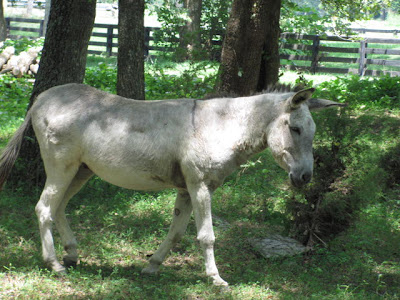 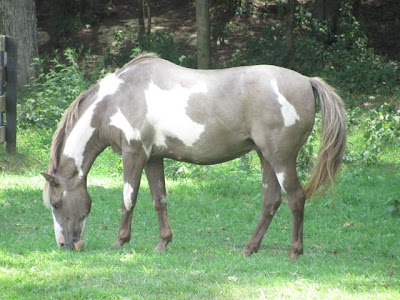 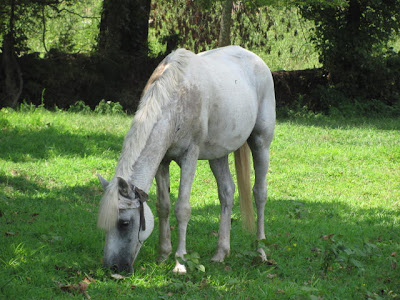 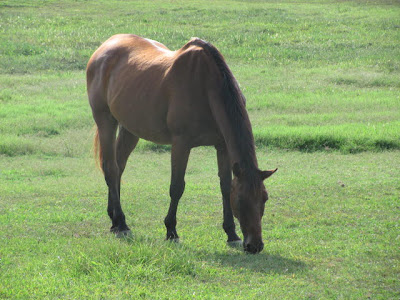 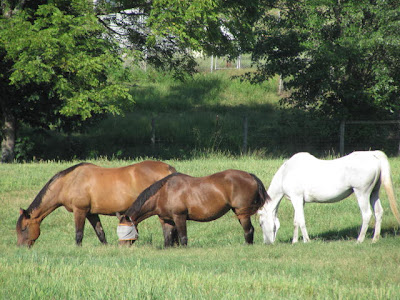 Lucky enjoying a good chest scratch on the fence (I can assure you Jason is NOT smiling as he looks at this picture - all he sees is potentially another fence board to repair!). I like Lucky's closed eyes and pointed nose, he was really enjoying a good scratching session. 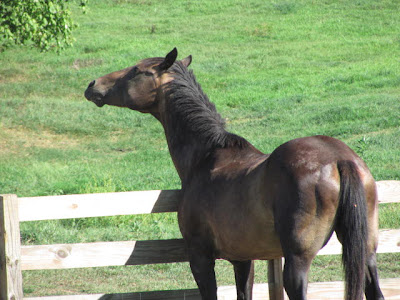 Great progress - that Jason is some worker! (Even if he'll never have another day like that one!) Thanks for the pictures as usual - Norman!!!!

I love the insulation in my 20x48 pole barn. It looks like bubblewrap with a white layer and keeps the condensation and dripping away. I'm not sure how big a difference it makes overall for keeping it cool, though. I also had a window panel put in my hay room roof which I love. My husband made this video of our barn being built:
www.youtube.com/watch?v=h_O2nq6hj_c
Love seeing the progress on your new place.

Looks like you're making good progress!
I chose to put OSB under my metal roof panels--about the same cost as the insulation would have been, stops condensation, and no place for birds, bugs, or rodents to burrow...