Despite day after day of truly lovely late fall weather we started feeding hay in some earnest about two weeks ago. Right now it seems like every pasture is in a hay eating competition to see how quickly they can get through their bales. The Big Boys' pasture is the hands down winner right now despite having untouched grass knee deep in some places. I put three 600 lb bales of hay out for them last Friday and by Monday morning I was extremely surprised to find that almost all of the hay was gone from each feeder. Personally I think they have hidden some of it up in the treetops like squirrels. Nevertheless, I spent some time Monday morning putting three more bales out and it looks like they're off to the eating races again despite the fact that it is only Tuesday night.

Believe it or not the mares and ponies come next, and they always do year in and year out. This is a surprise for two reasons. Not only is their group size smaller but the mares and ponies themselves are much smaller than the Big Boys. But boy can they chow down on hay. They're averaging two 600 lb bales every five days right now.

Currently we have fifteen hay feeders spread among the various pastures so it is no little job, even using large hay bales, to fill them all up. You can quickly see that if we average two or three bales a week per feeder that we spend a lot of time loading and filling hay feeders. You can also quickly see how we can get through several hundred large bales a year even in a climate as benign as this one. I've been thinking about a winter time slogan that represents what we do here at Paradigm Farms. After writing this post I think I've got it.

Hay feeding. It's no little job here at Paradigm Farms. :)

Melissa chiming in with her slogan:  "Feeding Hay - the best way to get hay in unmentionable places!"  It always seems to be windy when we are feeding hay, even if there has been no wind that day. I don't know who it is in the universe that thinks that is funny because I see no humor in it at all. Of course I could also come up with all sorts of catchy slogans about putting blankets on and taking them off . . .

the post-breakfast view as the horses make their way across the pasture (Faune, Winston, Gus, Romeo and Lotus) 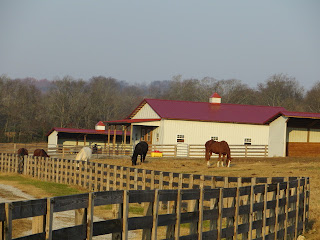 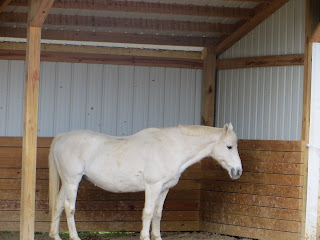 a very typical scene these days, horses chowing down on hay; Johnny, Tiny and Oskar 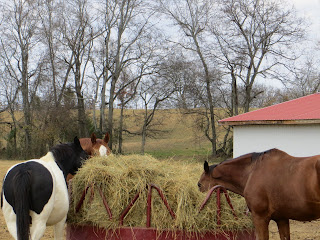 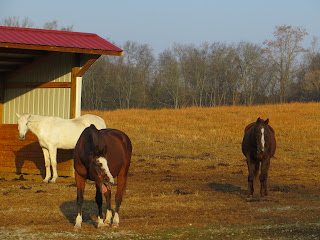 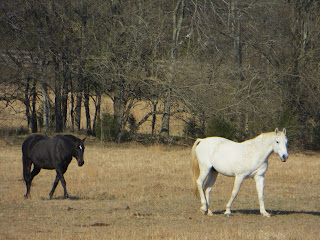 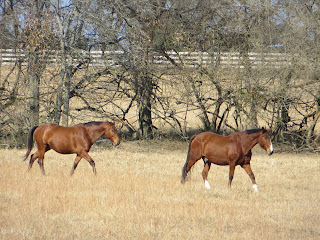 Trigger and Moe exhausted from being retired 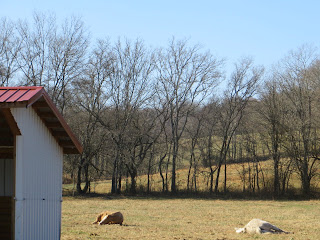 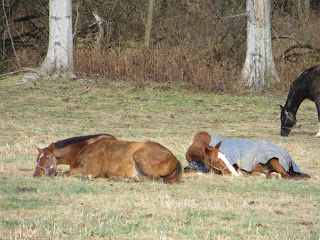 Apollo, Leo and Hemi were also resting up for the farrier 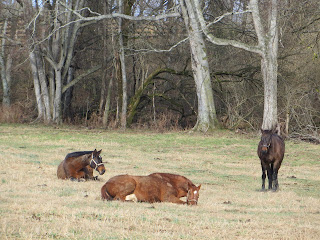 the memo to save energy was widely circulated at the farm; Levendi, Moe and Thomas 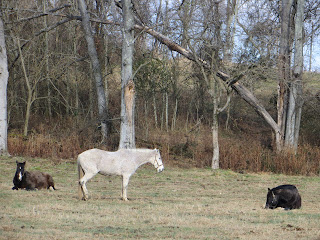 Posted by Melissa-ParadigmFarms at 6:47 PM

Yummy hay! If I lived there like those lucky horses, I'd jump right into the middle of those big bales. MMMMM! Tee hee.

It seems like hay issues are never far from our thoughts... and then there's the by-product. ;D