We had several acres of land cleared in October as the first step in building out our final pasture.  My dad's little herd of pet cows will need to be relocated to our farm and we had nowhere for them to go, thus we entered the construction zone again.  I really nagged Jason about getting the land cleared and was concerned that the work had been done a tad too late for the grass seed to catch.  Jason kept assuring me that it was not too late and it turns out he was right.  The pictures below are the progress pictures of the grass.  As you can see there is a good amount of green in these pictures a  mere seven weeks later. 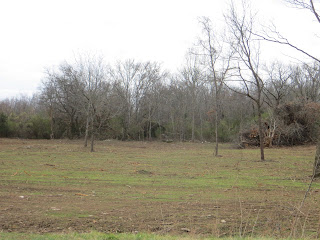 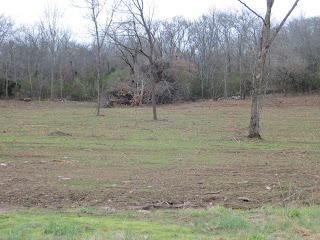 "before" picture taken right after the land was cleared 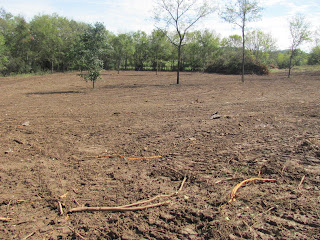 In a few short months I think this area will be shaping up into a very nice pasture for Buster and friends.  At some point we will need to be thinking about getting it fenced, running water lines, etc.  Jason and I are both content to avoid these projects for now.  Whenever we discuss it we agree that we will need to get to it "soon" but neither of us is inclined to set a more specific date than that. 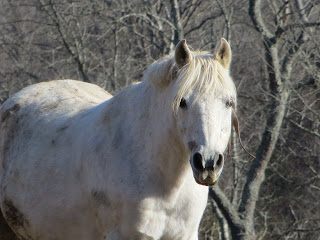 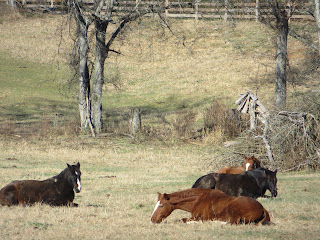 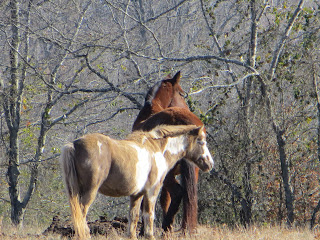 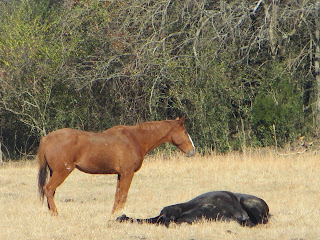 Merlin, Lightening and Noble (who appears to be attempting to eat something in the trees) 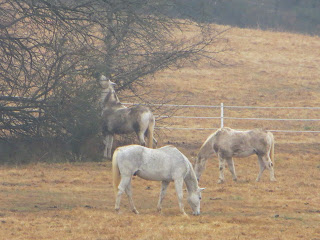 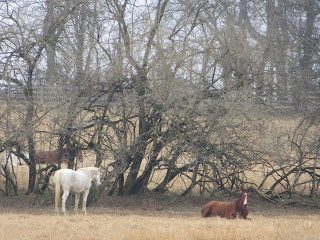 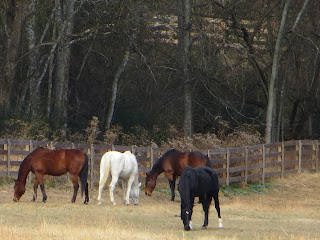 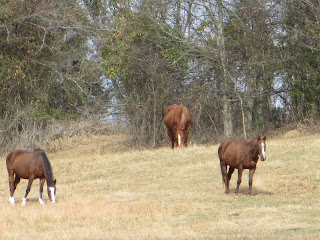 Snappy, Slinky and Walden heading in for breakfast under a bright morning sun 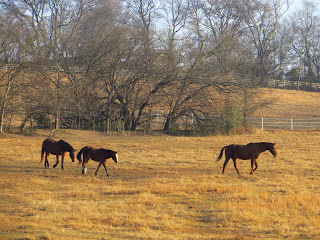 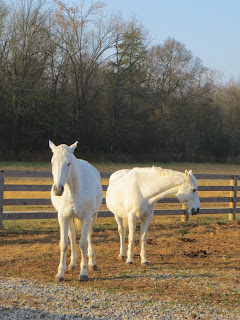 Posted by Melissa-ParadigmFarms at 5:53 PM

I thought Noble was a gray horse, but he looks more like a paint in that picture!! LOL!!